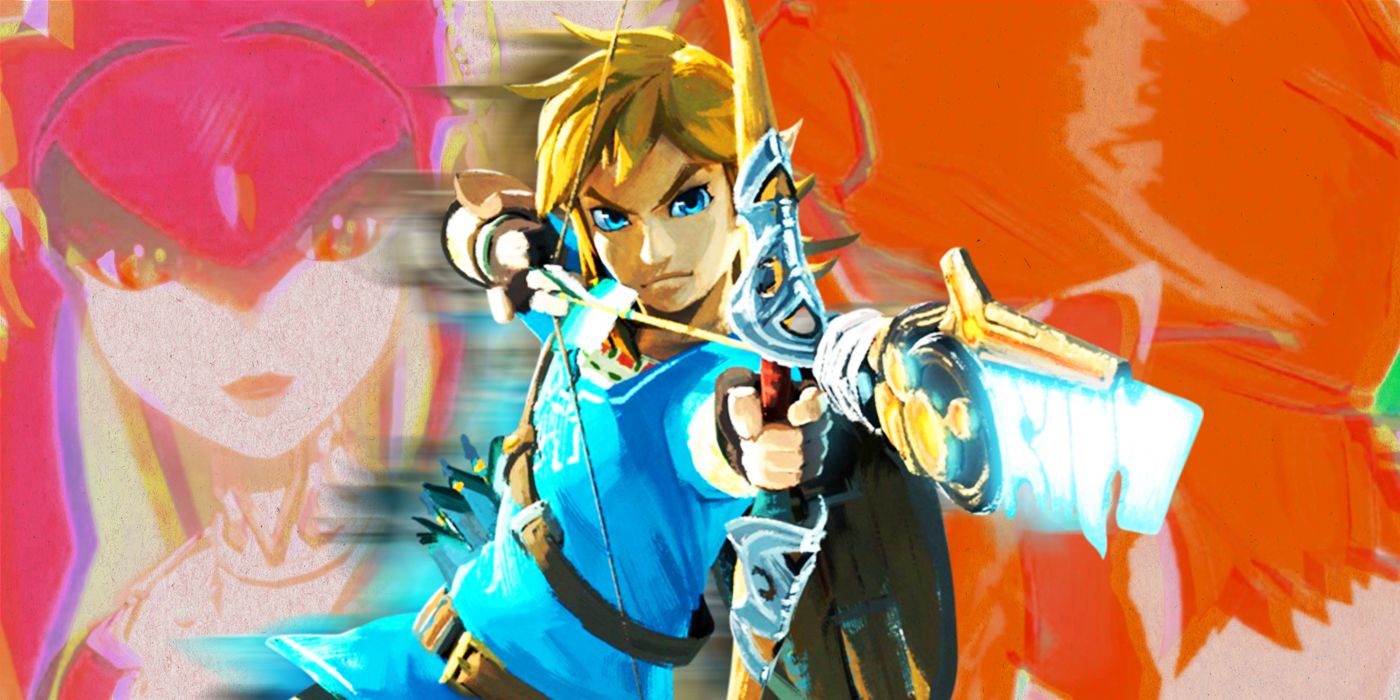 Link has long been The Legend of Zelda’s silent protagonist, but 2017’s Breath of the Wild gave players a canonical explanation as to why.

You Are Reading :Zelda Breath of the Wild Offered a Canon Explanation for Links Silence

The fact that Link is a man of few words is something that hasn’t really been questioned all that much by Zelda fans over the years. It’s just the way it’s always been. However, in 2017’s Breath of the Wild, Nintendo actually snuck in a canonical explanation for why Link doesn’t speak — you just have to know where to look. 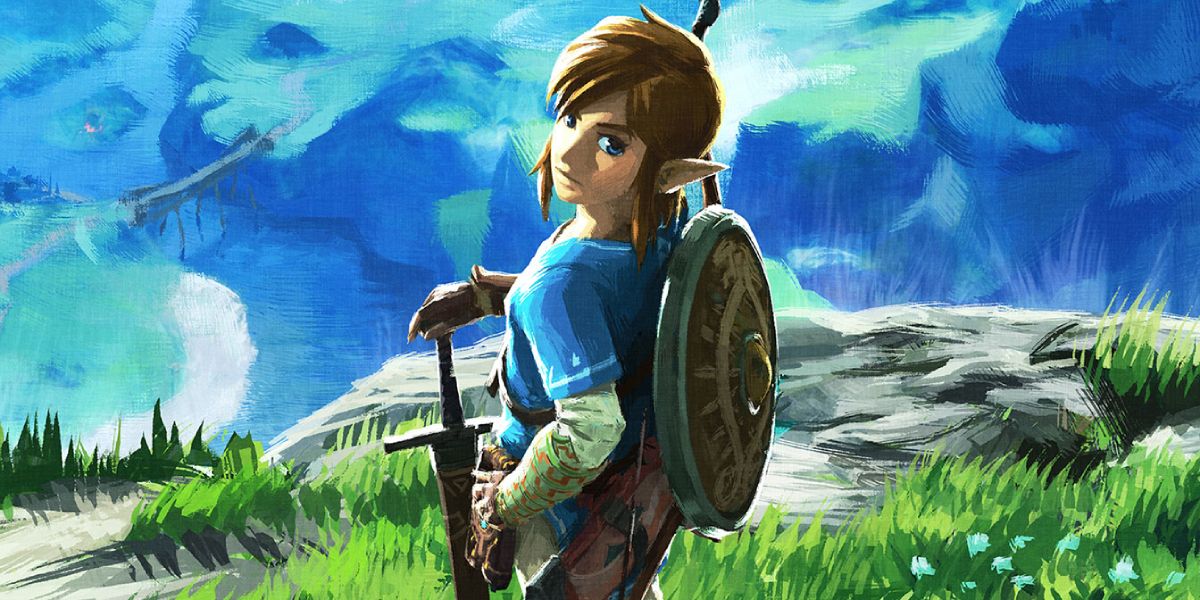 The behind-the-scenes reason for Link’s silence is that the character is supposed to be one that players can easily project themselves onto. You’re not just controlling Link, you are Link, so to speak. Zelda co-creator Shigeru Miyamoto himself explained that he believes this illusion is one that would be broken if the character were to be given a voice and a definitive personality.

There have been two major attempts to give Link a voice in the past, but both exist well outside the realm of canon. The first was the 1989 Legend of Zelda cartoon, in which Link — voiced by Jonathan Potts — would deliver his infamous catch phrase: “Excuse me, princess.” The second attempt came in the form of the notoriously bad 1993 CD-i games Link: The Faces of Evil and Zelda: The Wand of Gamelon, which were developed by Animation Magic and published by Philips under Nintendo’s license. Known for their crudely animated cutscenes, these games became something of a running joke following the advent of the internet.

As far as the canon series is concerned, however, Miyamoto’s vision of a silent Link has prevailed. Apart from the occasional grunt or scream, Link has no dialogue to speak of in any of the mainline Zelda games. The only time it’s ever really implied that the character is “talking” is when the player is given a choice of how to respond to a prompt from an NPC.

While Link has always been silent, it’s especially noticeable in Breath of the Wild. After all, while the dialogue in all previous Zelda games was delivered exclusively via text, the Nintendo Switch launch title was the series’ first canon entry to feature cutscenes with full voice acting. With that in mind, it seems the development team finally decided to offer an explanation. 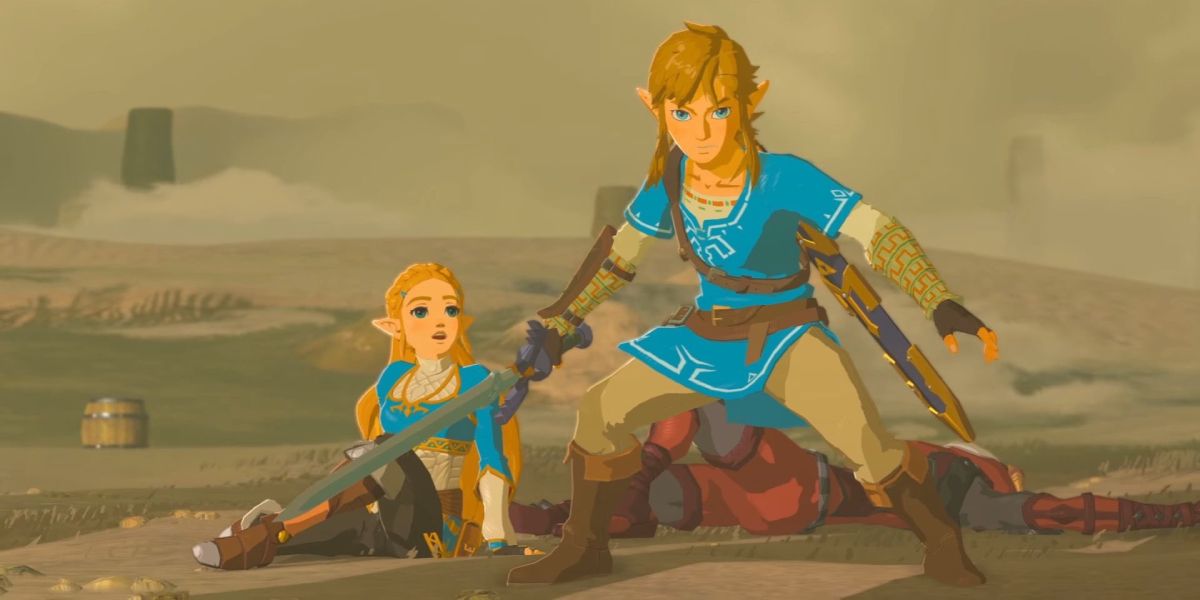 Breath of the Wild’s incarnation of Link has the weight of his world on his shoulders. He began training as a warrior when he was only a toddler, growing up to become not only the Hylian Champion, but also the personal bodyguard of Princess Zelda herself, sworn to defend Hyrule and the heiress to its throne from the inevitable return of Calamity Ganon. Simply put, the sheer amount of stress he’s under has caused Link to retreat inward and embrace a silent stoicism. That’s not just speculation, either. According to Zelda, that explanation came straight from Link’s mouth.

In Breath of the Wild, if the player traverses the dangerous Hyrule Castle and visits Zelda’s room, they can read the princess’ diary. “Bit by bit, I’ve gotten Link to open up to me,” she explains in one entry. “When I finally got around to asking why he’s so quiet all the time, I could tell it was difficult for him to say. But he did. With so much at stake, and so many eyes upon him, he feels it necessary to stay strong and to silently bear any burden. A feeling I know all too well… For him, it has caused him to stop outwardly expressing his thoughts and feelings.”

Zelda’s discovery is echoed by the observations of Mipha, the fallen Zora Champion and Princess of the Zora race. In her own diary, which can be read at Zora’s Domain if the Champions’ Ballad DLC is installed, Mipha recalls meeting Link when he was only four years old. When Link — now an accomplished knight and wielder of the Master Sword — returned to Zora’s Domain after an extended absence, Mipha noted that he “no longer resembles the child [she] first met” and that he “hardly speaks anymore, and smiles even more rarely.” 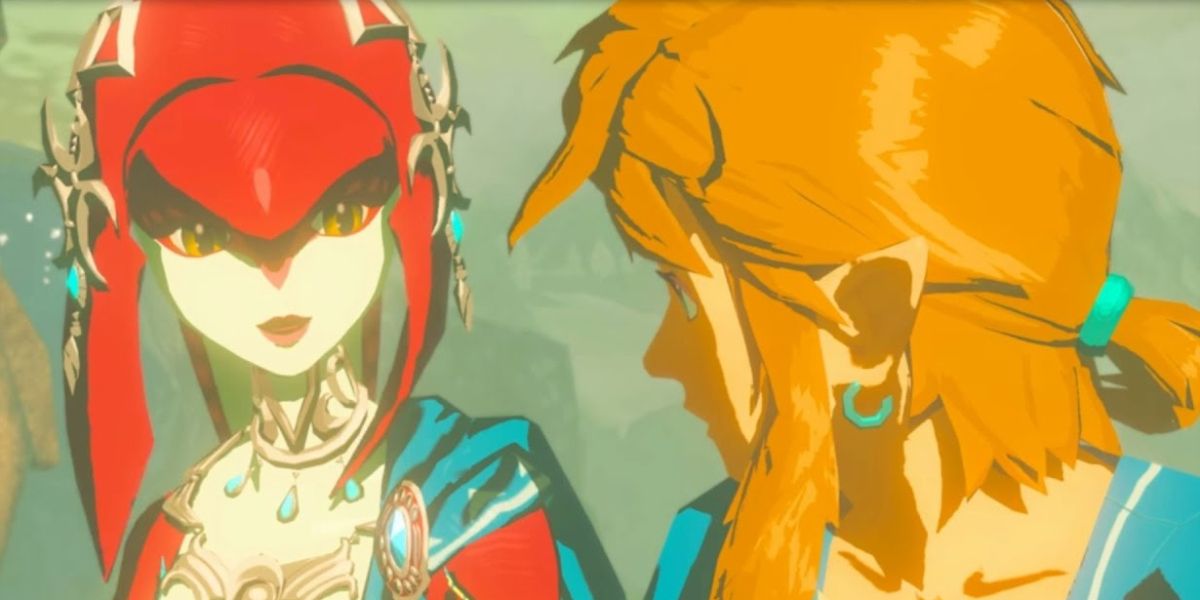 Mipha assures that Link is still the “kind soul” she knew, but that something had changed inside of him during his time away. “I asked him if something had happened, if something was wrong. He merely shook his head. Perhaps it is his newly acquired height, but I feel he is ever looking past me, into the distance beyond.”

While it may be tucked away in Breath of the Wild’s in-game books, it’s certainly interesting to see Zelda characters speak so candidly regarding Link’s silence and the way they perceive their interactions with him. However, all of this really only applies to this game’s version of the hero. After all, just about every single incarnation of Link had a unique path to becoming Hyrule’s protector, with no two quite the same.

Still, the fact that Breath of the Wild’s team was able to take one of the character’s intrinsic traits and give it a genuinely interesting explanation when they really didn’t have to is certainly praiseworthy. Most players are more willing to accept that Link is silent just because he is. However, in keeping with the Breath of the Wild’s theme of uncovering the story as you explore, there’s a little extra depth to Link’s character waiting to be found by those willing to look.