Writers celebrate love at the Boekenbal 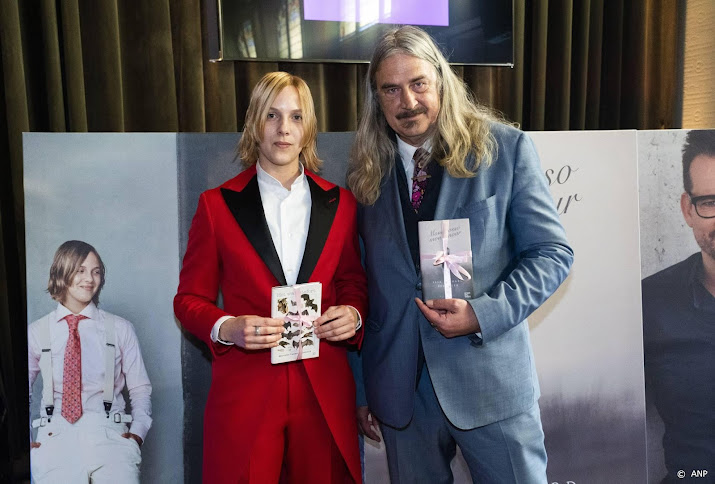 The Boekenbal erupted on Friday evening in a packed Escape. During the party in the Amsterdam nightclub, which is traditionally the opening of the Boekenweek, the situation in Ukraine was also briefly discussed.

“For two years we dreamed of new times, of going back to the old normal,” said Eveline Aendekerk, director of the organizing foundation CPNB. She said so in a video message that accompanied a special version of Pastorale, performed by Wouter Hamel and Berget Lewis. “These new times have arrived, but they are not normal: certainly not in Ukraine. Love is the ultimate answer to war and hate. Love is our escape, the night is of love.” With that she referred to the theme of the ball, ‘The night belongs to love’. This ties in with first love, the subject of the 87th edition of the Boekenweek.

Among those present was also Minister Robbert Dijkgraaf (Education, Culture and Science). He said he was happy to be able to celebrate again. “The entire cultural sector has, of course, suffered enormously.” He wants to impress on the writers during the ball “that we all need them very much”. “There really is a lot going on and the job of writers is to capture that, to give us perspective, hope and comfort. But also to show us life as it is. I think we really need that right now.”

The author of the Boekenweekgift, Ilja Leonard Pfeijffer, was one of the guests of honor at the ball. “This is something that is actually more important than getting married, because you only do this once in your life.” He did not want to reveal too much about his work, which bears the title Monterosso mon amour. “It should all remain a surprise, because it is of course a gift. But it is a story of first love.”

Pfeijffer was accompanied by Marieke Lucas Rijneveld, who wrote the Boekenweekessay, and Bart Moeyaert, responsible for the annual poem. Hanna Bervoets, Midas Dekkers, Roxane van Iperen, Nelleke Noordervliet, State Secretary Gunay Uslu (Culture), Freek de Jonge and Joost Prinsen also walked over the pink carpet. The British writing duo Nicci Gerrard and Sean French (together Nicci French) was also there. “It’s great to celebrate the book, the writers and the readers,” Gerrard said. “We don’t have anything like that with us. When we come back we’ll say we want this too,” added French.