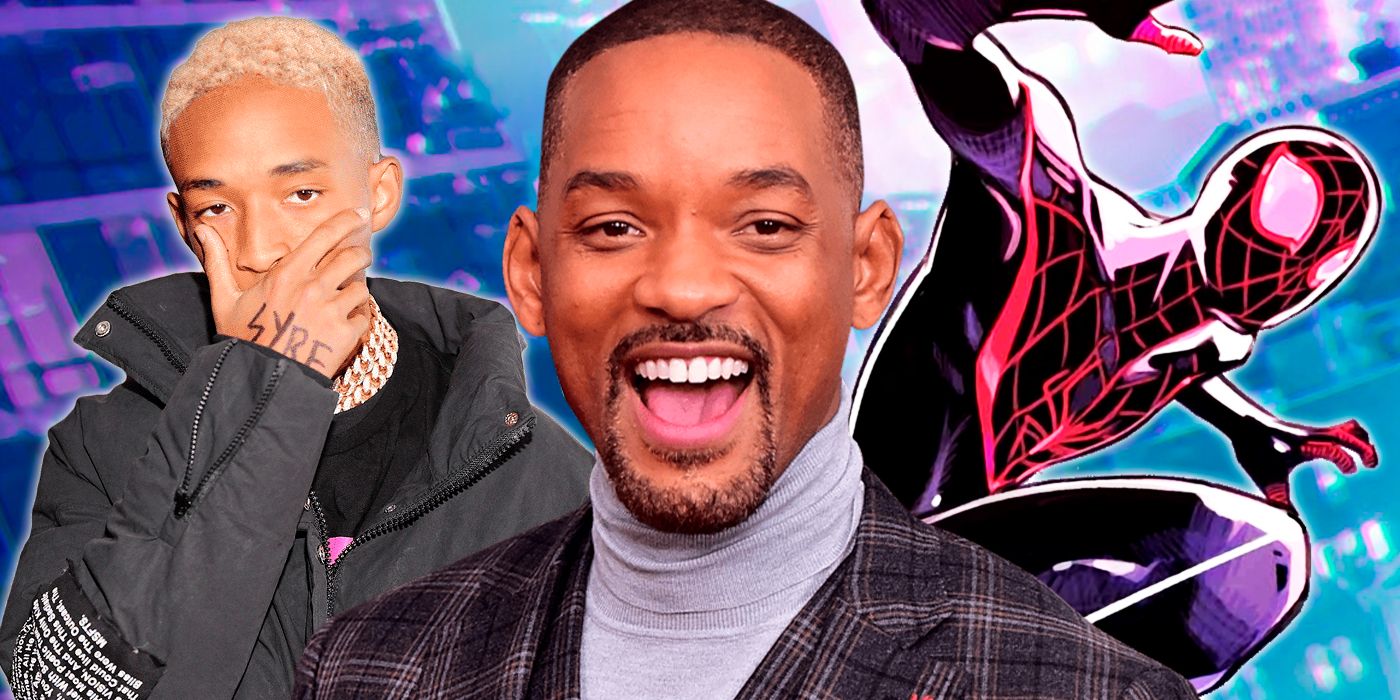 Will Smith encourages speculation that his son, Jaden Smith, is being considered for a major role in a future Marvel Cinematic Universe project.

You Are Reading :Will Smith Fuels Speculation on Jaden Smiths MCU SpiderMan Casting

Will Smith fueled rumors that his son, actor Jaden Smith, is in talks for a major role in the Marvel Cinematic Universe.

“My son is preparing himself physically and mentally to get a place as one of the characters who will make history for the first time in the saga of a movie that many already know and ask for,” Smith said in a statement reported by POPTime.

Earlier this year, Jaden Smith encouraged rumors that he was being considered for a Marvel role by sharing a photo of himself in a movie-accurate Spider-Man mask. The photo was shared just days after a scooper account MyTimeToShineHello tweeted, “Marvel had talks with Jaden Smith no less about a role.” The account has correctly predicted news about earlier MCU films. This report along with Smith’s photo led some fans to speculate that the role would be for the live-action debut of Miles Morales, an alternate version of Spider-Man and main character of the animated film, Spider-Man: Into the Spider-Verse.

Spider-Man: No Way Home effectively cracked the MCU’s multiverse wide-open, allowing for Tom Holland’s Spider-Man/Peter Parker to be joined by his predecessors, Tobey Maguire and Andrew Garfield, as they take on the villains of previous Spider-Man franchises. These villains were portrayed by Alfred Molina, Willem Dafoe and Thomas Hayden Church from the Sam Raimi Spider-Man trilogy, as well as Jamie Foxx and Rhys Ifans from Marc Webb’s The Amazing Spider-Man films. No Way Home certainly opened the door for alternate universe crossovers, but the presence of Miles Morales in Marvel’s live-action film universe has only been acknowledged through subtle references.

Prior to No Way Home’s release in theaters, Holland stated that he would like to see another character take on the Spider-Man mantle, saying in November 2021, “Maybe what’s best for Spider-Man is that they do a Miles Morales film.” However, when or how Miles will make his live-action appearance remains unconfirmed by Marvel Studios, and Smith could play any number of major Marvel characters as the MCU moves further into its Phase 4.

Holland has been open about his desire to make room for other Spider-People to join the MCU. “I don’t want to say goodbye to Spider-Man — but I feel like we might be ready to say goodbye to Spider-Man,” Holland said in a December 2021 interview. “I don’t want to be responsible for holding back the next young person that comes in who deserves it just as much. I would love to see a future of Spider-Man that’s more diverse — maybe you have a Spider-Gwen or a Spider-Woman. We’ve had three Spider-Mans in a row; we’ve all been the same. It’d be nice to see something different.”