Will PSV end Ajax’s hegemony? ‘The gap has been reduced considerably’ | NOW 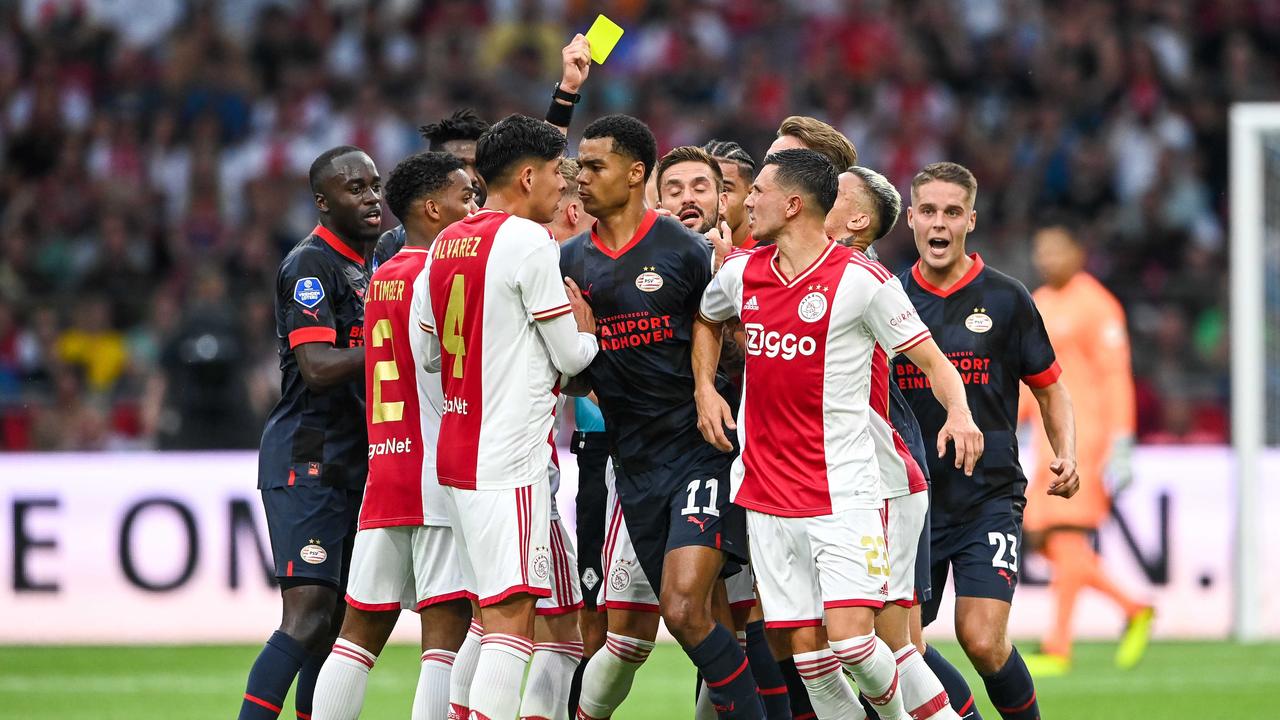 On Friday evening, sc Heerenveen and Sparta Rotterdam kicked off the Eredivisie season (0-0). The great title candidates Ajax and PSV, who competed against each other last week for the Johan Cruijff Scale (3-5), will come into action on Saturday. Ajax, which last missed first place in 2018, will visit Fortuna Sittard and PSV will receive FC Emmen. Which club has the best papers for the title? Four analysts look ahead on the basis of three questions.

Which club has done the best business in the transfer market so far?

Aad de Mos, former coach of Ajax and PSV, among others: “PSV. Luuk de Jong is a good purchase, but players such as Ki-Jana Hoever, Guus Til and Walter Benítez still have to prove themselves. It is incomprehensible that Ajax has hired striker Lorenzo Lucca from Pisa. He is also somewhat prone to injury. transfer. The new target man? Well, if you have Brian Brobbey…”

Ronald de Boer, former player of Ajax and FC Barcelona, ​​among others: “PSV. There was a gap with Ajax, but that has become much smaller. Ajax still has an edge, despite that 3-5 defeat. Feyenoord has also had good transfers. But they play, as I do now. look, really no role in the title fight. FC Utrecht and AZ are going to make it very difficult for Feyenoord.”

Hedwiges Maduro, former player of Ajax and FC Groningen, among others: “PSV. They quickly completed the axis of the team with De Jong, Til and Benítez. Those are the most important positions. Ajax is not ready yet. They did have a quality injection with Steven Bergwijn. But if you look at all the purchases , PSV has arranged it better and Ajax probably wants to get a good keeper.”

Leonne Stentler, former player of ADO Den Haag and Ajax: “Difficult to choose. Ajax has used big guns. They throw money and have a ridiculously good line of attack. Bergwijn and Brobbey give Ajax an enormous qualitative impulse. At PSV it feels more like targeted purchases that fit well together. Lift each other up.”

Which player will be the trendsetter of this season?

The Moss: “Kenneth Taylor. He is a modern midfielder and two-legged. We have to wait and see his development, but he can follow Ryan Gravenberch. If Ajax reaches a good level as a team, Taylor will certainly do so.”

The farmer: “Joey Veerman. I said on Twitter that he should be in Orange, but that is not necessary now of course. I just enjoy his game. He postpones the pass until the moment his fellow player is really free. He can become the Andrea Pirlo of the Netherlands in terms of passing.”

maduro: Bergwijn. He plays very effectively, never does strange things. He does everything with speed and power and has a fixed kick technique. The opening goal against PSV was a good example. Hard and dry in the corner. shows, he will definitely go wild against the lesser teams.”

Stentler: “Bergwijn. He is still young (24, ed.) and already shows a lot at Orange. If Ajax starts to function well, he will have a fantastic season. And I must also mention Veerman. He has only been at PSV for six months. , but is already playing a big role there. He is only becoming more important in midfield.”

Who will take the title?

The Moss: “Ajax, especially if PSV reaches the group stage of the Champions League and has to play many duels at top level. But the real defenders have left Ajax. You can’t just replace the poison of the Argentinians Nicolás Tagliafico and Lisandro Martínez. Daley Blind lacks it in the back. In addition, with Maarten Stekelenburg and Remko Pasveer you have injury-prone keepers and with Jay Gorter you have a lot of inexperience.”

The farmer: “Ajax, but they are very vulnerable in the back. The defense is too small. Martínez (left for Manchester United, ed.) was also small, but he had great timing. He was aggressive and could head well. You can’t compare that. with Blind and Jurriën Timber. We should not write off Devyne Rensch and Gorter yet. They are not in the base for nothing.”

maduro: “Ajax, PSV and Feyenoord are first, second and third. You saw in the match for the Johan Cruijff Scale that length is a problem at Ajax in the back. PSV lacks footballing ability when they have the ball, you saw that again against AS Monaco (in the third preliminary round of the Champions League, ed.). Then the game often has to come from Veerman. Moreover, Ajax is much better at position play than PSV.”

Stentler: “Ajax, although we have to wait for the last transfers. They have a little more quality. Alfred Schreuder can also continue at Ajax on the line that Erik ten Hag has used, with some adjustments. Ruud van Nistelrooij opts for a different playing style at PSV than Roger Schmidt. He needs a little more time at PSV, despite the match for the Johan Cruijff Scale. Let’s hope that match symbolizes this season: only spectacle.”

Remains of the first round in the Eredivisie