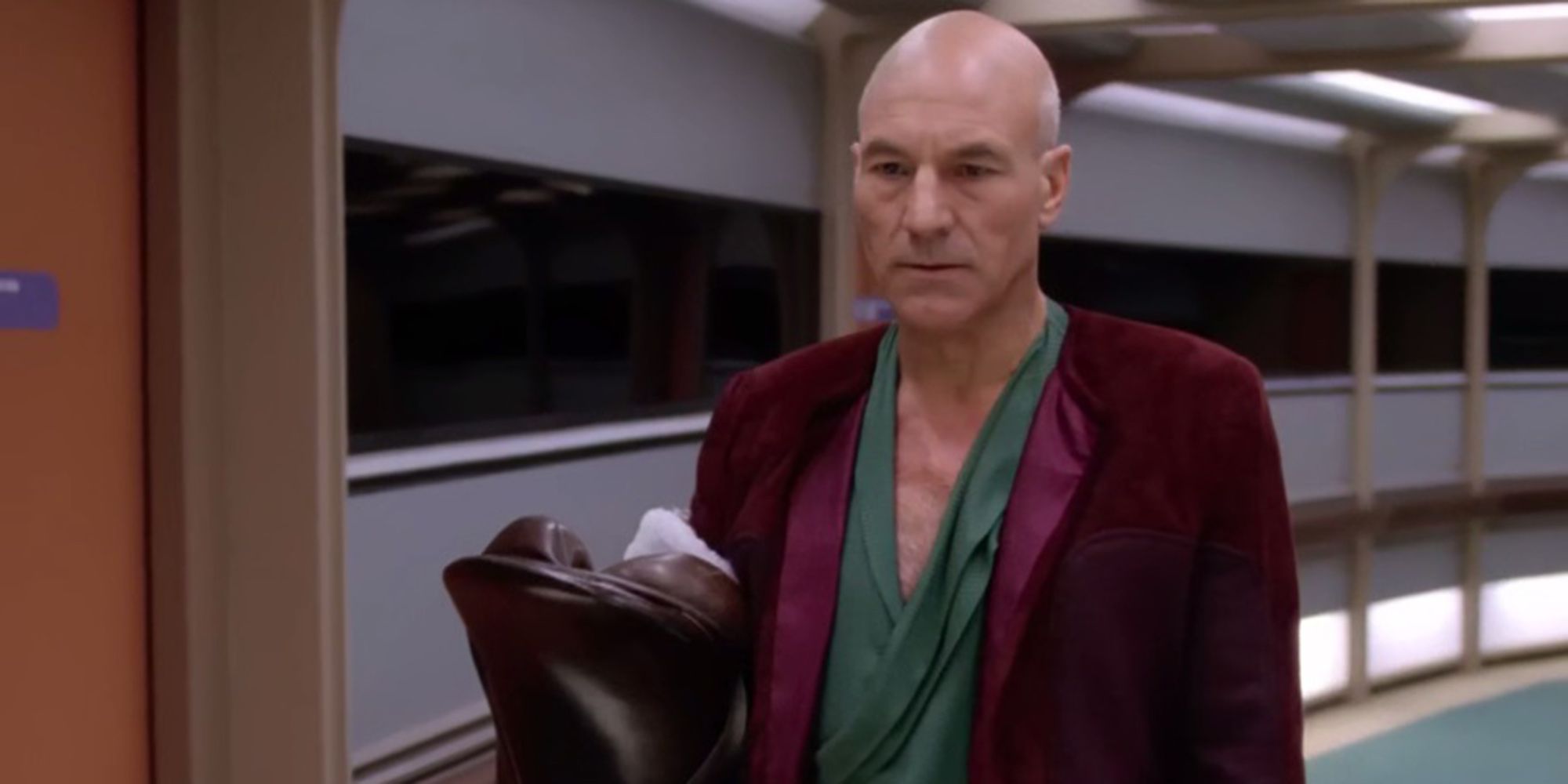 Patrick Stewart reveals the reason his voice sounds different in the finale of Picard, and why it was kept that way in spite of his on-set discomfort.

Patrick Stewart, the iconic actor who plays Jean-Luc Picard, revealed that special effects on set caused his voice to sound different near the end of Star Trek: Picard Season 2.

Speaking to THR, Stewart explained that his throat was affected by smoke inhalation during the finale. “Now, if you watched episodes nine and ten, you will hear that my voice sounds different,” he said. “Whenever smoke is used on stage, I have to make a protest because — I know it’s not poisonous, it’s not going to harm — [but] it gets onto the vocal cords. I particularly suffer badly from this. And it made me a little hoarse. So, at first, we were going to re-record a lot of what I said, but I urged [executive producer] Akiva [Goldsman] and my fellow producers not to do that because the weakness in my voice was reflecting the weakness in the character.”

The new season of Picard focuses heavily on the titular captain’s psychological trauma, and Stewart said he brought as much real emotion to the role as he could, saying the season finale brought him to tears and that he was sad to say goodbye to actors he had been working with since Star Trek: The Next Generation. Stewart also addressed the spotlight on mental health in this season, and why it was so important to him to portray these aspects of a character he’s inhabited for over three decades.

“There are so many emotional complexities in this whole series that we did not investigate much in Next Generation,” he said. “I grew up in a violent home and over the years, thanks to lots of very expensive American therapy, it’s something that I think I’ve come to terms with. But the harm that it could do while it was being compressed and kept out and kept back and not acknowledged, it was very dark. I realized this was the same with Jean-Luc.”

Stewart elaborated further on how he channels personal vulnerability into his performances and shared he has a trick for how to summon those feelings onscreen. “There is an exercise in acting called sense memory,” he said. “The basic premise of sense memory is that no experience is ever wasted on an actor.” He then went on to explain he had received several painful injections for arthritis, but the physical pain became something he thought back to for his role as Picard this season. “Remember every part of this, how it feels, how you reacted to it,” he concluded.

Season 2 of Star Trek: Picard is available to stream on Paramount+.