Why Fans & Critics Both Loved The Simpsons Game – DNews 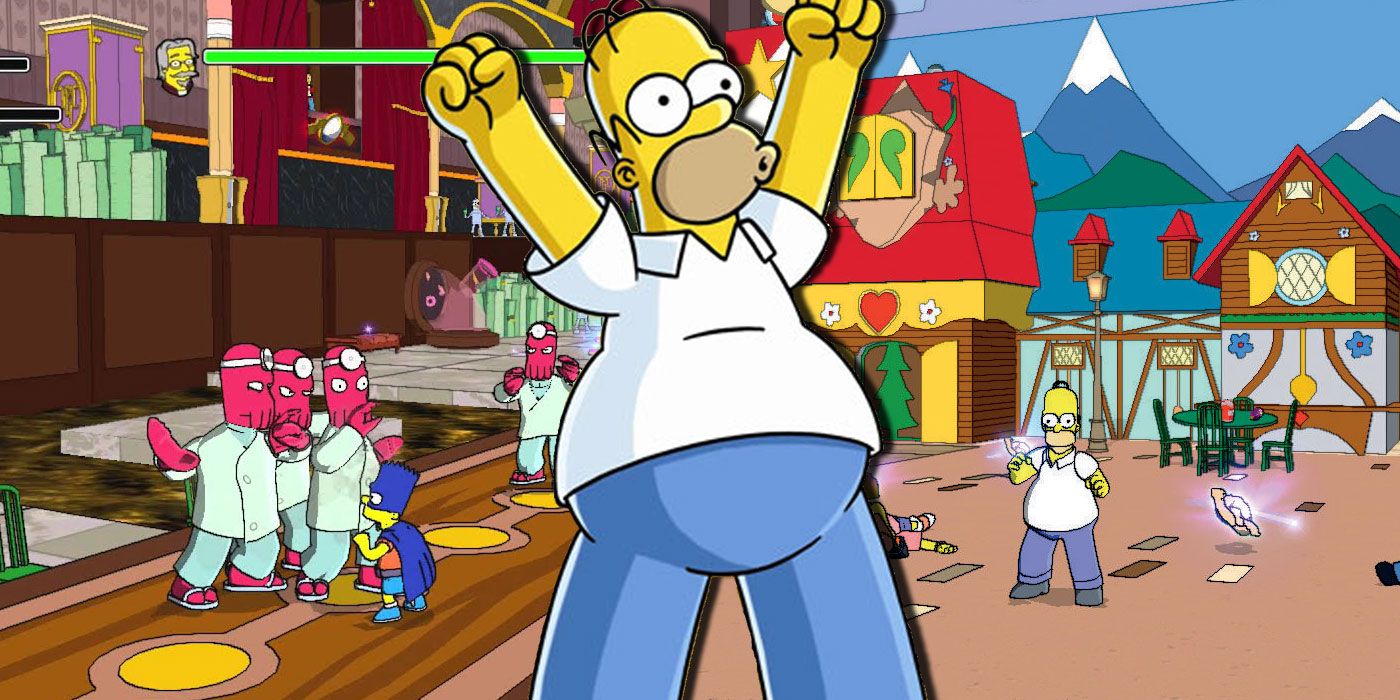 While Hit & Run is the most critically acclaimed video game based on The Simpsons, the 2007 self-titled game is not too far behind.

You Are Reading :Why Fans & Critics Both Loved The Simpsons Game

Since their glory days in the ’90s, The Simpsons have inspired many video game tie-ins, from arcade adventures to iOS games. Most of those games weren’t met with critical praise nor gained a cult following, with the one exception being the classic The Simpsons: Hit & Run. The Grand Theft Auto-inspired action game is universally beloved, with fans clamoring for a remake.

While fans and critics still celebrate Hit & Run as the best Simpsons video game, only one game in the franchise’s history has come close to receiving similar fanfare — The Simpsons Game. Released in 2007 shortly after The Simpsons Movie arrived in theaters, it’s easy to assume that The Simpsons Game was released as a direct movie tie-in, but the actual game makes little to no references to the movie. 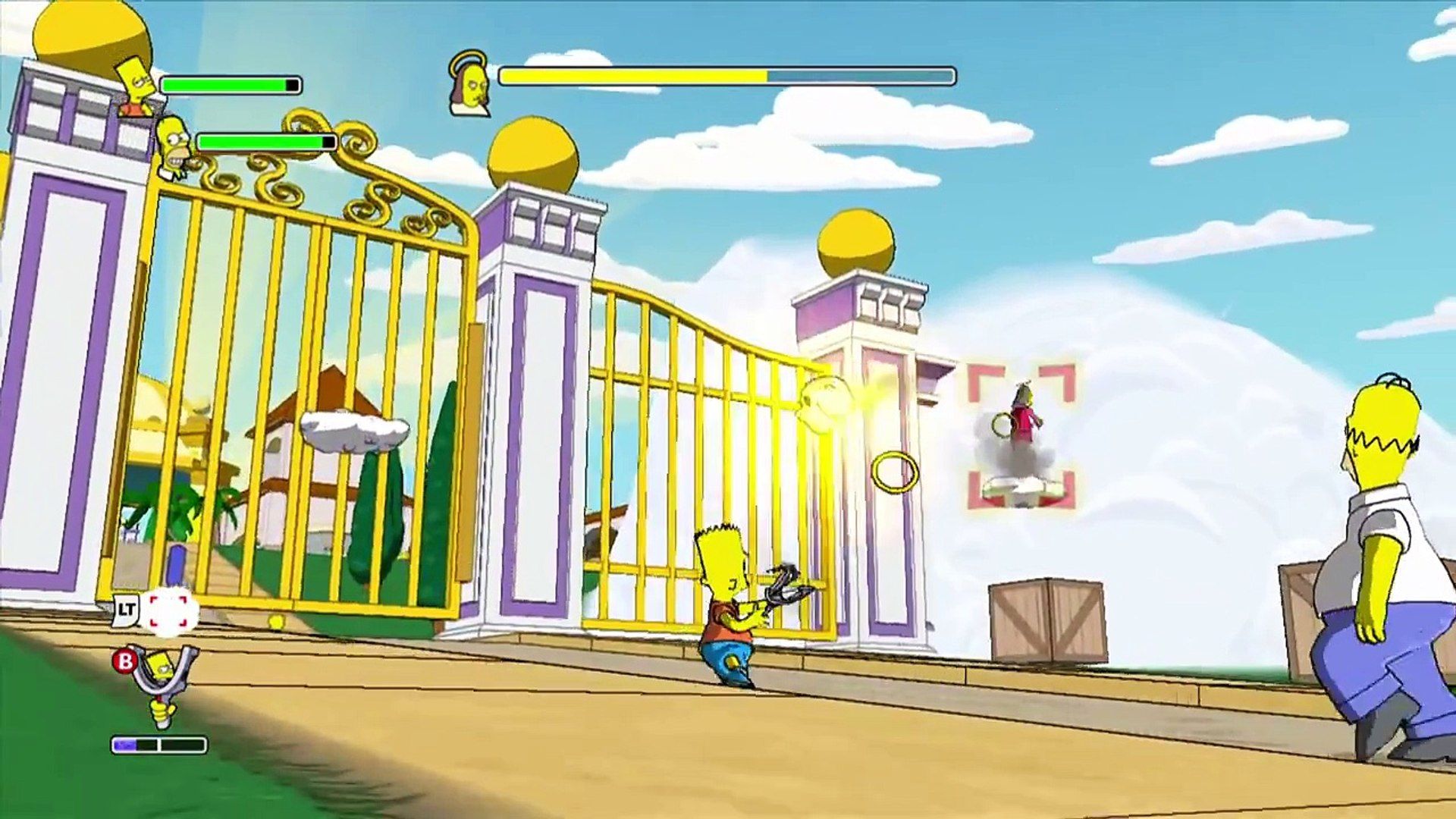 What makes The Simpsons Game stand out compared to the rest is that the main family are aware that they’re in a video game and even learn their new powers through the actual game manual that literally fell out of the sky. This opens the door for The Simpsons to unleash their legendary satire on video game history and the video game business in general. Even if the gameplay is simpler versions of popular genre video games of its time, the wit and humor packed inside won over critics.

Each console version of the game has its own score on Metacritic, the best being the Xbox 360 and PlayStation 3 versions (each console game also has a slightly altered cover of Homer in front of various characters.) Armchair Empire wrote a positive review summarizing The Simpsons Game experience stating that “Its gameplay isn’t any more innovative than the average action title…but the stellar story more than atones for it…bringing Springfield and its denizens to life as never before.”

Although players of The Simpsons Game who don’t watch the series won’t enjoy it too much, followers of the series certainly enjoyed the details and referenced put into the game. The four Simpsons family members are each playable, each with powers that fit their personality — Homer can roll around as a giant ball, the prankster Bart dons the cape as Bartman, Lisa can control the hand of Buddha and Marge can rally a mob with a megaphone. In between levels are some really nicely animated cut-scenes that feel like they’re ripped right out of a Simpsons episode, thanks in part to the series’ voice cast appearing in the game. Even if the plot is more like a Treehouse of Horror episode than a regular one, it still plays out as an entertaining Simpsons story. However, just when the player thinks they reached the climax of the game’s story, they instead find themselves in a more absurd level that looks like something out of an episode of Rick & Morty.

Another thing that fans and critics, especially video game historians, loved was the game criticizing the video game industry at the time, though much of that commentary remains relevant today. The game creates a video game representative who attempts to bribe Mayor Quimby to keep the new Grand Theft Scratchy game on sale in Springfield despite its violent content. Will Wright, the original designer of The Sims, even appears in the game as himself playing a video game supervillain destroying inside the fictional Game Engine. Redmond Carolipio from the website Worth Playing praised the game’s writing, saying that “It is so smart and sharply written that it nearly reaches the point of being socially relevant. It’s the ultimate parody of an industry that is still forging its identity in pop culture.”

Despite fans’ positive reviews and warm reception, The Simpsons Game quietly faded into obscurity and is now considered a forgotten gem for Simpsons fans. One analysis that sums up why is from Lisa Simpson herself in an actual cutscene from the game. Near the end of the game, the smartest Simpson states that “Sure, The Simpsons Game is great, with its unique, upgradable character abilities, and its hilarious self-referential cut-scenes. But what happens when the Xbox 720 comes out, or the PlayStation 4? No one will want to play us then.” Even the writers of the game itself are aware that this will be a flavor of the month and eventually fade into obscurity. Even with the flaws that prevent it from being the best Simpsons video game, The Simpsons Game should still be remembered as a rare entry in the franchise that pleased both fans and critics. Those who just finished playing Hit & Run again should absolutely check out the self-titled game and be reminded how good it is.