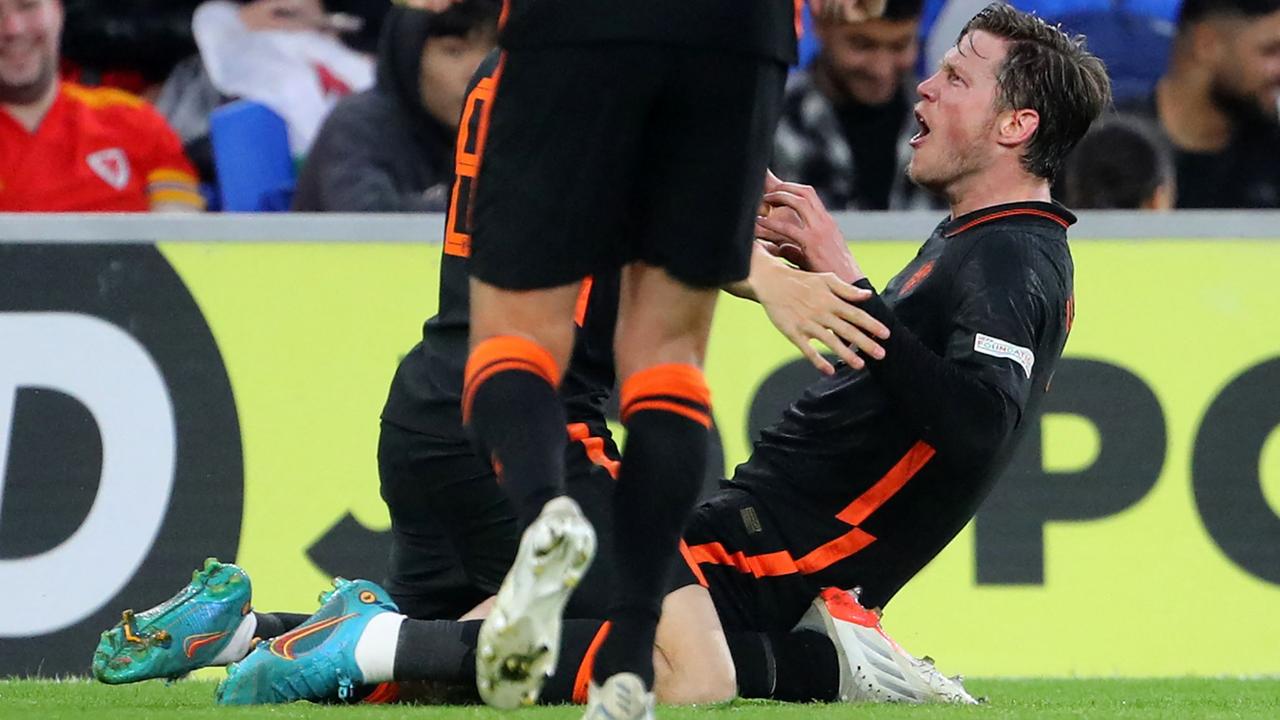 The Dutch national team has won a 1-2 win over Wales in the Nations League on Wednesday after a spectacular final phase. The Orange squad saw the home team equalize in injury time, but thanks to a great goal by Wout Weghorst, the significantly changed formation of national coach Louis van Gaal took the victory.

It wasn’t until stoppage time that there was something to enjoy in Cardiff, where Van Gaal had changed his squad in all positions. With debutants Jordan Teze and Jerdy Schouten in the base, the Orange squad almost failed to create opportunities against Wales, which had qualified for the World Cup thanks to a 1-0 win over Ukraine on Sunday and also joined a B team.

Teun Koopmeiners scored from a distance in the fiftieth minute and seemed to help the Netherlands with a victory with his first international goal. But Rhys Norrington-Davies headed in the equalizer in the second minute of stoppage time. Weghorst ensured with a nice header, on a pass from Tyrell Malacia, that the Orange still took the victory.

Debutants Teze and Schouten asserted themselves for various reasons. Teze already received a yellow card in the third minute and that was the fastest print ever for a debutant in the Dutch national team. Schouten provided the assist for Koopmeiners’ goal.

Orange remains the leader in group 4 of division A due to the victory. Belgium took revenge on Wednesday from the heavy defeat against the Netherlands by winning 6-1 against Poland.

The Dutch national team will play two more matches in the Nations League in the coming period: against Poland on Saturday in Rotterdam and again on Tuesday in the same city against Wales.

Standings in Division A, Group 4

Party with the players of Orange after Teun Koopmeiners makes 1-0.

The Netherlands and Wales create hardly any opportunities

With Mark Flek under the bar and also Noa Lang in the base, the Orange squad struggled to make the game against Wales, who kept star player Gareth Bale on the bench for 77 minutes. The biggest opportunity for half-time was for Cody Gakpo, but his close-up effort just before half-time was reversed and went just wide.

In the second half there was something more to enjoy in the moderately filled Cardiff City Stadium, which was far from sold out with about twenty thousand spectators. On a pass from Schouten, Koopmeiners scored in the fiftieth minute on the edge of the penalty area and he shot into the left corner.

Even after Koopmeiners’ goal, opportunities remained scarce. The Orange had by far the most possession and controlled the home team. Wales’ biggest opportunity came midway through the second half for Daniel James, but the Leeds United player shot wide from a counterattack.

Wout Weghorst provides the winning goal with a nice header.

The Netherlands seemed to play out the game professionally, but things still went wrong in the second minute of injury time. Again from the counter, Wales came out dangerous. Hateboer lost the match against Norrington-Davies in the air and saw the left back of Sheffield United head in the equalizer.

With that, the game seemed over, but that was not counted on Weghorst. That the 29-year-old Weghorst was still on the field was a small miracle, as he had suffered a serious head injury ten minutes before his goal in a header.

After a few minutes of treatment, Weghorst returned to the field. Two minutes after Wales’ equalizer, he was in the right place to promote to goal a cross from Malacia, who had touched the ball after a nice rush by substitute Frenkie de Jong. With this, Weghorst determined the final score of a match that, given the mediocre level, did not deserve such a spectacular end.

View the results, the standings and the program in the Nations League