Van Gogh, Rembrandt and Bruegel can also be seen in the former Hermitage 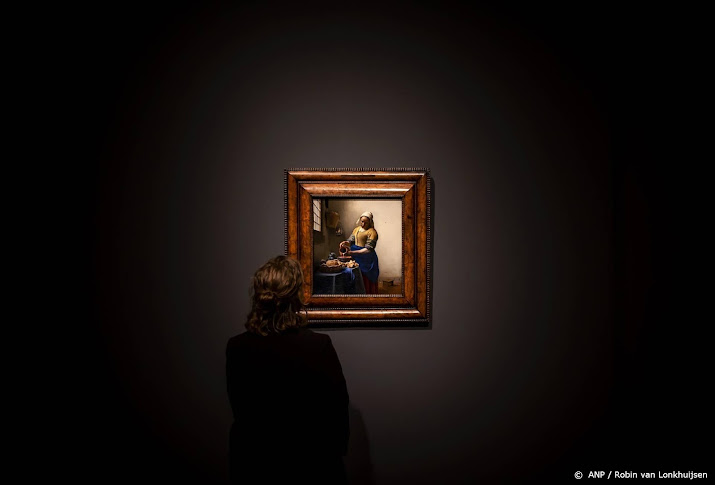 After Vermeer’s The Milkmaid, work by Vincent van Gogh, Rembrandt van Rijn and Pieter Bruegel the Elder can be seen successively in the former Hermitage. These are The Yellow House (The Street) from 1888 by Van Gogh, the last Self-portrait (1669) by Rembrandt and The Tower of Babel (circa 1560) by Bruegel.

The Van Gogh Museum, the Mauritshuis and Museum Boijmans Van Beuningen are making the works available, following the example of the Rijksmuseum. The milkmaid lent this very exceptionally, after the museum on the Amstel recently severed ties with the Russian state museum because of the war in Ukraine. Johannes Vermeer’s famous work from circa 1660 was the first in the Dutch Heritage Amsterdam series, which will continue through the summer. According to a spokeswoman for the museum, the masterpiece has so far attracted just under 10,000 visitors.

The Milkmaid, which can be seen until Sunday, is followed by Het Gele Huis from 17 May to 26 June. Emilie Gordenker, director of the Van Gogh Museum, is pleased to be able to offer support in this exceptional situation. “We hope that the painting in its temporary new place can be an inspiration in turbulent times. †

From June 28 to July 24, Rembrandt’s Self-portrait is coming to Amsterdam, according to the Mauritshuis “one of the highlights in the collection”. In the month of August, from 2 to 28, The Tower of Babel from Museum Boijmans Van Beuningen will follow. “This loan is very special, because this world-famous masterpiece from the Rotterdam collection is never lent, or only in exceptional cases, such as now for example,” said museum director Sjarel Ex.

The Museum aan de Amstel, as it calls itself now, is currently working on plans for the future. More information about the autumn programming will be announced next summer.