Van Bronckhorst takes on a father role at Rangers after the lost final: “You have to be there for your players right now” 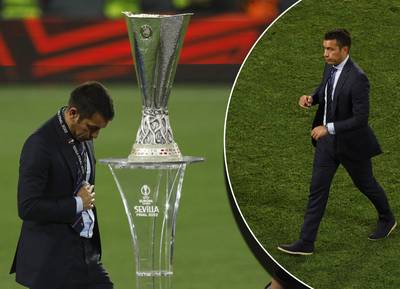 After the lost final in the Europa League against Eintracht Frankfurt, Giovanni van Bronckhorst crept into a kind of father role towards his sometimes inconsolable players. The lost penalty shootout did not only affect Aaron Ramsey, who missed the decisive penalty, but everyone, the Rangers trainer noticed in the hours after the final battle in Seville.