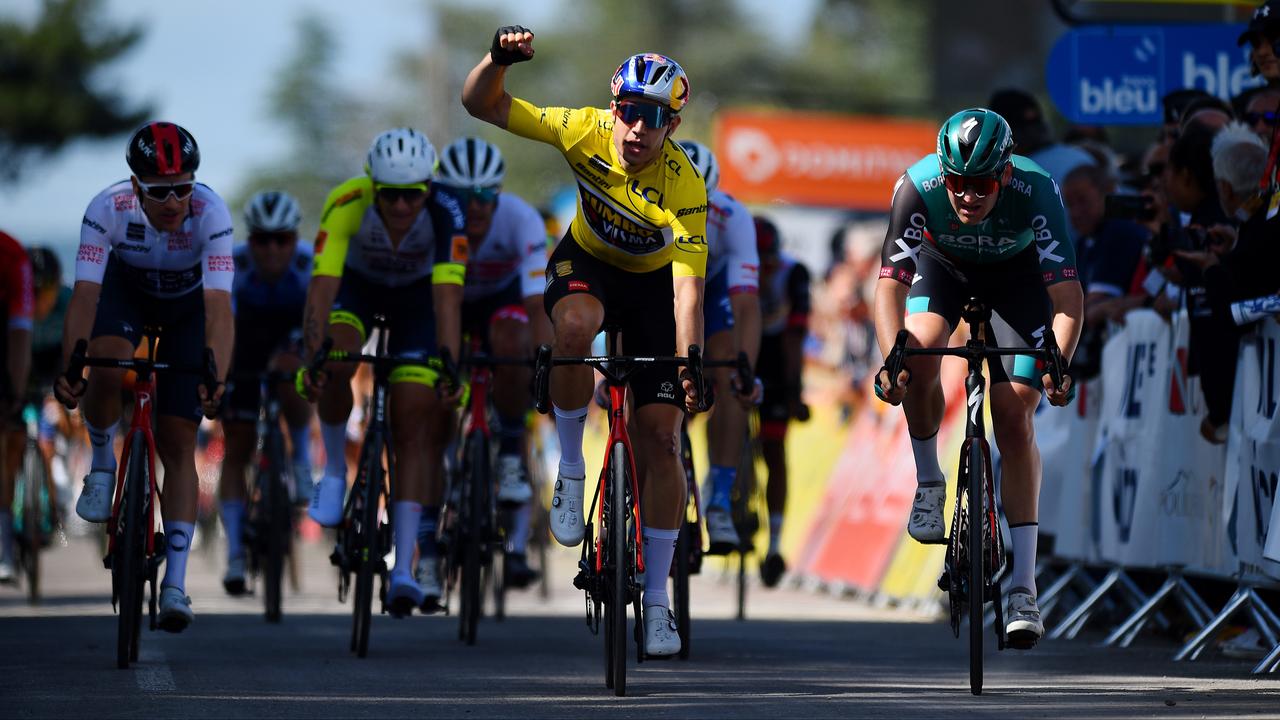 Wout van Aert booked his second stage win in the Critérium du Dauphiné on Thursday. The Belgian, who cheered too early on Tuesday and finished second, won the sprint of a thinned out peloton in the fifth stage.

Van Aert had learned from his “beginner’s mistake” in the third stage and only raised his hands in the air in Chaintré after the finish. He was just faster than his compatriot Jordi Meeus (second) and the Briton Ethan Hayter.

27-year-old Van Aert keeps the yellow leader’s jersey in the Dauphiné, which will last until Sunday. The Jumbo-Visma leader won the first stage, finished sixth in the second stage and second in the third and fourth stage.

In the standings, Van Aert has a lead of 1 minute and 3 seconds on number two Mattia Cattaneo. Primoz Roglic is third at 1.06 minutes. Wilco Kelderman is the best Dutchman in eleventh place (+2.12 minutes).

Dylan Groenewegen was again unable to sprint for victory on Thursday. The Dutchman of Team BikeExchange-Jayco had to unload on the last climb of the day, the top of which was 13 kilometers from the finish. Groenewegen crossed the finish line in 99th place, 2.43 minutes behind Van Aert.

Leading group is only brought in at the last minute

For a long time, Van Aert didn’t seem to get a chance at another stage victory. The Belgian Jan Bakelants, the French Benjamin Thomas and Fabien Doubey and the Austrian Sebastian Schönberger led most of the hilly stage and still had a lead of twenty seconds at 3 kilometers from the finish.

Ten seconds were left of this when entering the final kilometer, but the front runners stopped working together too early. Thomas tried to go for the stage win with ultimate acceleration, but Christophe Laporte caught up with the escapees and launched his leader Van Aert perfectly for the sprint. The Belgian then finished it, although 23-year-old Meeus came very close.

On Friday, the Dauphiné continues with a hilly ride to Gap. Just before the finish there is a climb of 3 kilometers.