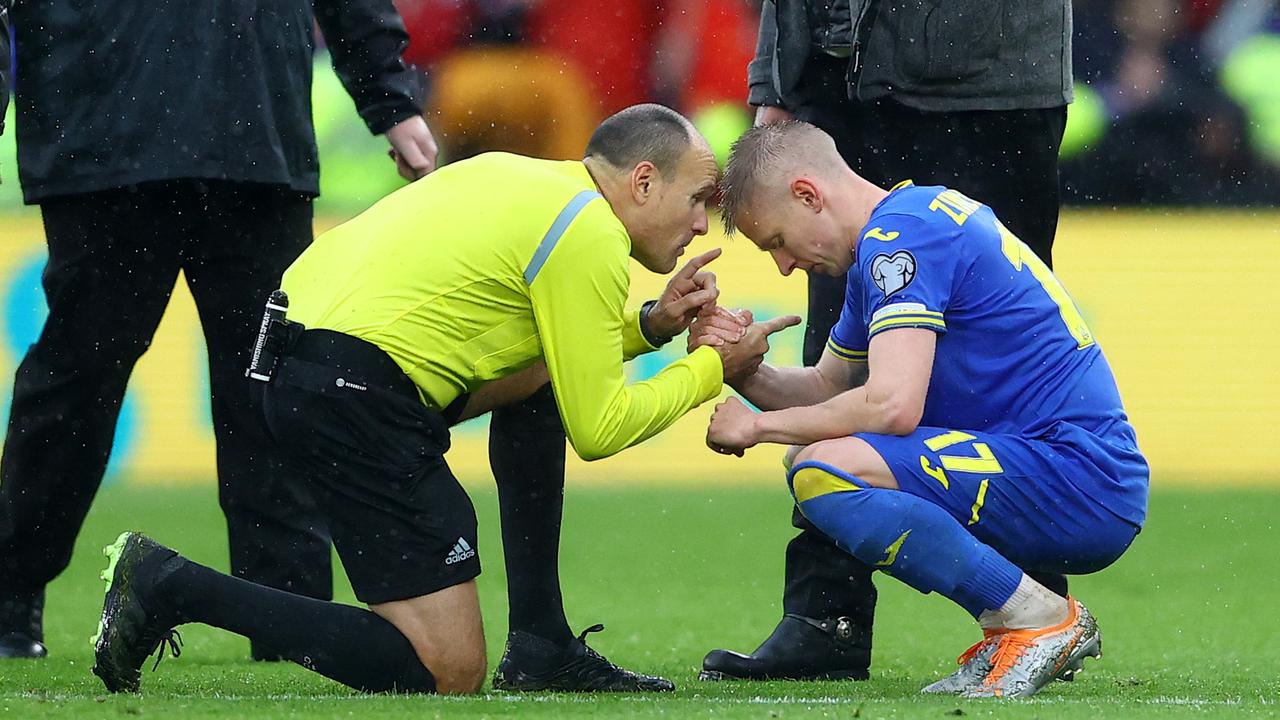 Oleksandr Zinchenko made a call for peace on Sunday after missing out on the World Cup. The Ukrainian thought that was more important than the lost final against Wales in the play-offs (1-0).

“We have to stand side by side. We have to connect and speak out against the war,” Zinchenko said in front of the camera of the Cardiff after the duel in Cardiff. beIN SPORTS† “Today it is Ukraine, but tomorrow it could be your country, you never know. Everyone should be able to live in peace. That goes beyond football.”

“I am proud to be Ukrainian. We have shown that we have character, we stand for freedom. Ukraine stands for a people that never give up. I am proud of the achievement, but football can be cruel at times.”

Because of the war violence in their own country, everyone, except for the people of Wales, wished Ukraine success. “The support we have received lately, both domestically and abroad, has been wonderful,” said Zinchenko, who was comforted by referee Antonio Mateu Lahoz after the game.

“We got everything. The message is simple: I love you all. I’m sorry it didn’t work out, for the Ukrainians, but also for everyone in the rest of the world who stood behind us,” one told his tearful Zinchenko.

“Football is emotion. If we can make our supporters feel good, then our job is done. But now I feel especially bad for the fans. We didn’t give them what they wanted today.”

A Ukrainian supporter is comforted after her country misses the World Cup.