Ukraine thanks for support during Eurovision performance 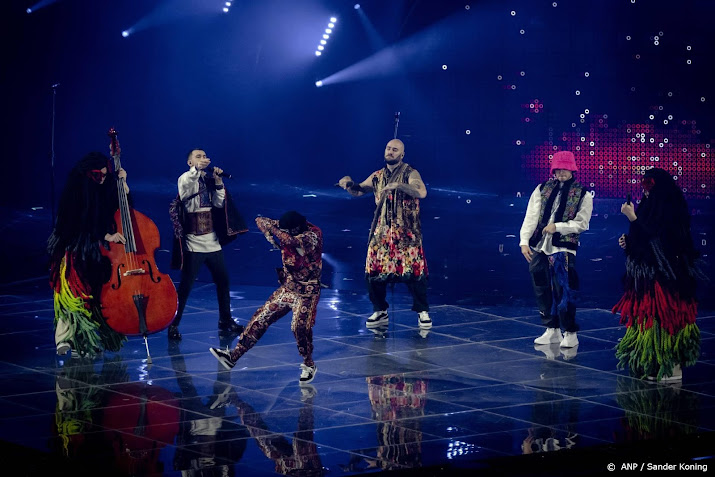 The Ukrainian rap group Kalush Orchestra concluded their performance during the first semifinal of the Eurovision Song Contest with a word of thanks. “Thank you for your support to Ukraine”, said the band afterwards on the Eurovision stage in Turin.

That support for the country where there is war was also noticeable in the audience on Tuesday evening. The group, which was the sixth of the seventeen participants, received an extra loud applause. Also present fans stood during the song Stefania.

Although Ukraine is not yet assured of a place in the final, according to the betting offices, that is good. The bookmakers think that Kalush Orchestra will win the Eurovision Song Contest. After the outbreak of war in early March, the song Stefania immediately rose to the first place in the polls.