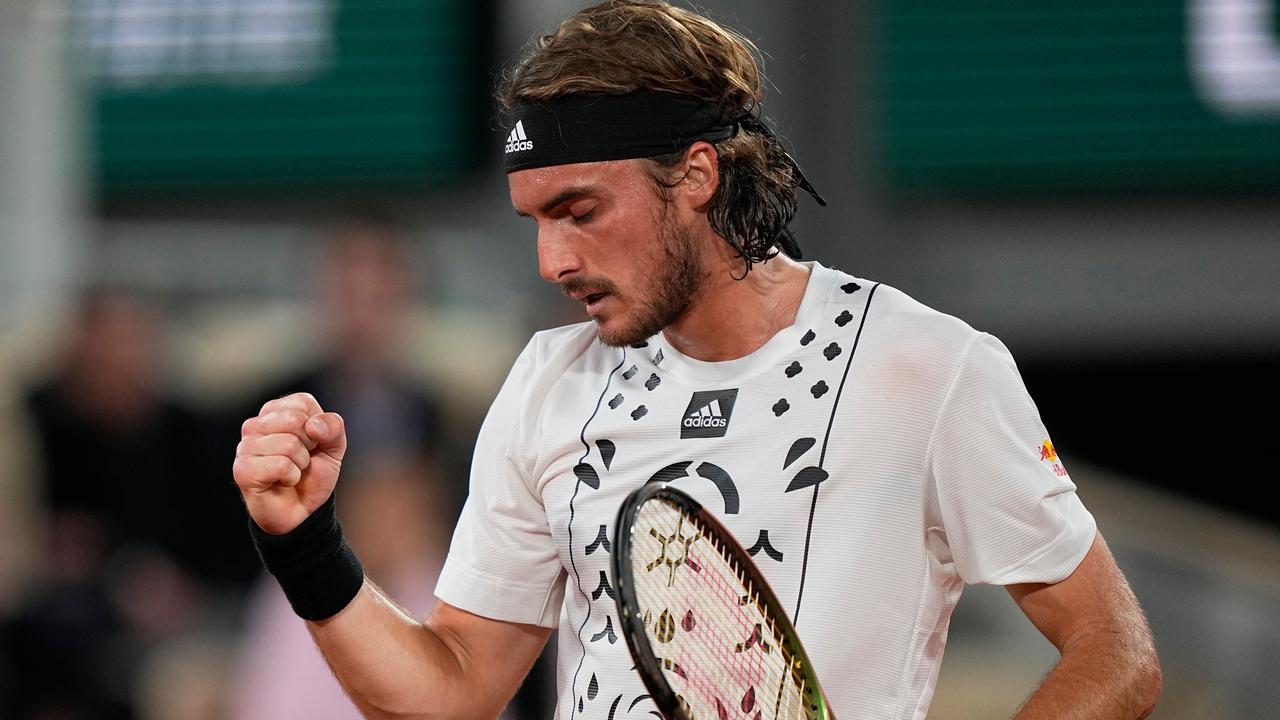 Stefanos Tsitsipas has managed to prevent an early retreat at Roland Garros with great difficulty. Last year’s losing finalist came back from a 2-0 deficit in sets against Italian Lorenzo Musetti. Simona Halep also needed the maximum number of sets to reach the second round.

Tsitsipas’s party did not end until after midnight. The fourth seeded Tsitsipas used his third match point with a strong serve and won after more than 3.5 hours of play with 5-7, 4-6, 6-2, 6-3 and 6-2

The 23-year-old Tsitsipas went out to 4-1 in the first set, but went on to win only one of the subsequent eleven games. With some effort, Musetti eventually secured a win in the second set.

After that, Tsitsipas managed to raise his level and make the global number 66 doubt with attacking tennis. In the third, fourth and fifth set, the Greek placed an early break, only to let the twenty-year-old Italian not come back.

In the second round, Tsitsipas will face Czech Zdenek Kolar. The outsider for the title is on the other side of the schedule than Novak Djokovic, Rafael Nadal and Carlos Alcaraz.

In Tuesday evening’s late match, Frenchman Gilles Simon caused a surprise by eliminating sixteenth-seeded Spaniard Pablo Carreño Busta in five sets. It was 6-4, 6-4, 3-6, 1-6 and 6-4 for 37-year-old Simon, who is in his last season.

Simona Halep is unconvincing in the second round of Roland Garros.

In the women’s tournament, Halep had to go deep to win her opening match. The thirty-year-old Romanian pulled the longest after an hour and 48 minutes against the German talent Natasja Schunk: 6-4, 1-6 and 6-1.

The eighteen-year-old German stranded in the third and final round of the qualifying tournament, but was still allowed to go to the main schedule as a lucky loser. Halep hit fewer winners than Schunk and recorded 31 unnecessary errors.

Halep’s difficult victory over Court Simonne-Mathieu follows a difficult preparation. The two-time Grand Slam winner played two clay-court tournaments this year, without much success: in Madrid she was eliminated in the quarter-finals and in Rome the second round was the final station.

At Roland Garros, Halep, who has recently been coached by Patrick Mouratoglou, hopes to peak again after a lesser period. The current number nineteen in the world was plagued by injuries last year. She last made the last four at a Grand Slam tournament at the 2020 Australian Open.

Halep won Roland Garros in 2018, after losing finals in 2014 and 2017 in Paris. The former number one in the world won Wimbledon in 2019. In the second round, Halep will face Chinese talent Zheng Qinwen, who defeated Belgium’s Maryna Zanevska 6-3 and 6-1.

Paula Badosa gave away just two games in the first round.

Paula Badosa had a lot less trouble reaching the second round. The Spanish number four in the world awarded the French Fiona Ferro only two games in a match that lasted 54 minutes: 6-2 and 6-0.

Aryna Sabalenka also survived the first round. The seventh-seeded tennis player from Belarus beat France’s Chloé Paquet in three sets, the number 101 in the world ranking: 2-6, 6-3 and 6-4.