Trigun 10 Hidden Details About The Main Characters Everyone Missed – DNews 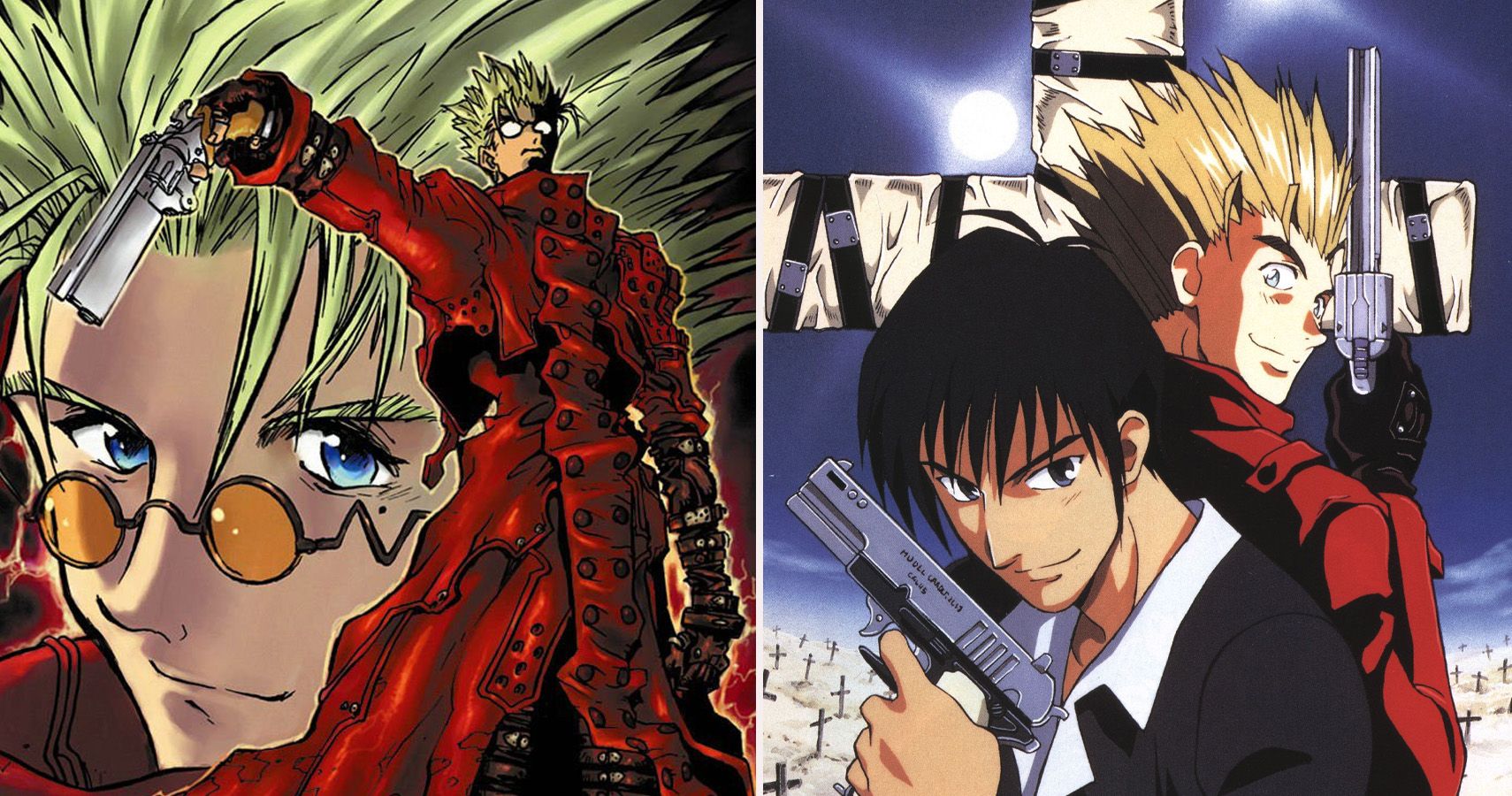 Yasuhiro Nightow’s manga and Madhouse’s anime established Trigun as a classic, but Vash the Stampede (and co.) is a man of mystery.

You Are Reading :Trigun 10 Hidden Details About The Main Characters Everyone Missed

Trigun is the sci-fi anime version of Hollywood’s old cowboy movies. The series centers around Vash the Stampede, a lone gunslinger who has a gigantic bounty on his head, making him a prime target for entire towns worth of bounty hunters looking to claim his head and the resulting bounty.

The series has mystery, intrigue, and arms that turn into cannons capable of obliterating entire cities in a single blast. In other words, it’s awesome. Be it Yasuhiro Nightow’s classic manga or Madhouse’s beloved anime adaptation, there is a lot to love and learn about Trigun. Here are 10 hidden details about its main characters: 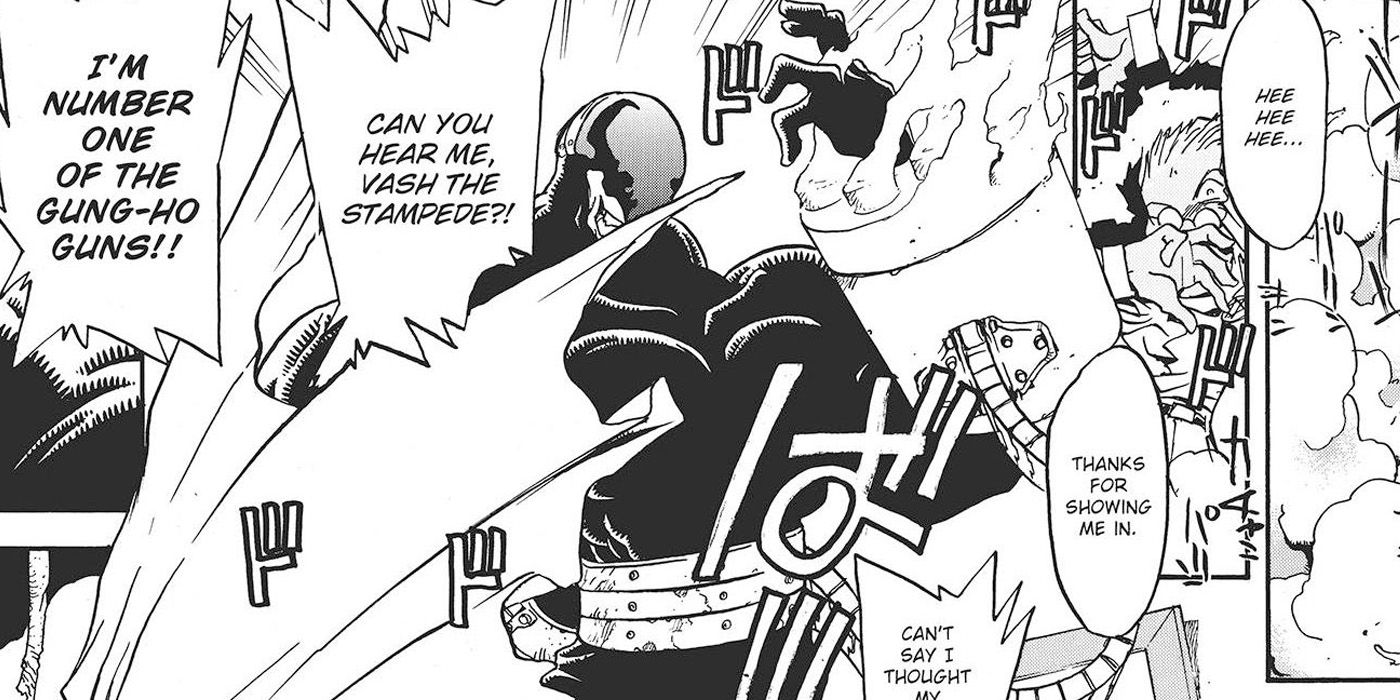 Monev the Gale was the first of the Gung-Ho-Guns to try and turn Vash into nothing more than a memory. He was raised with the sole mission of eliminating Vash. With a chain gun and a rocket launcher as his accessories, Monev is a dangerous opponent, and also a homage to Marvel Comic’s Venom, whom the creator of Trigun is a big fan of.

Aside from Monev being Vemon spelled backward, his costume design was also inspired by Spider-Man’s nemesis, in addition to his chain gun operating in a somewhat similar manner to Vemon’s tentacles.

9 Vash’s Gun Is Upside Down 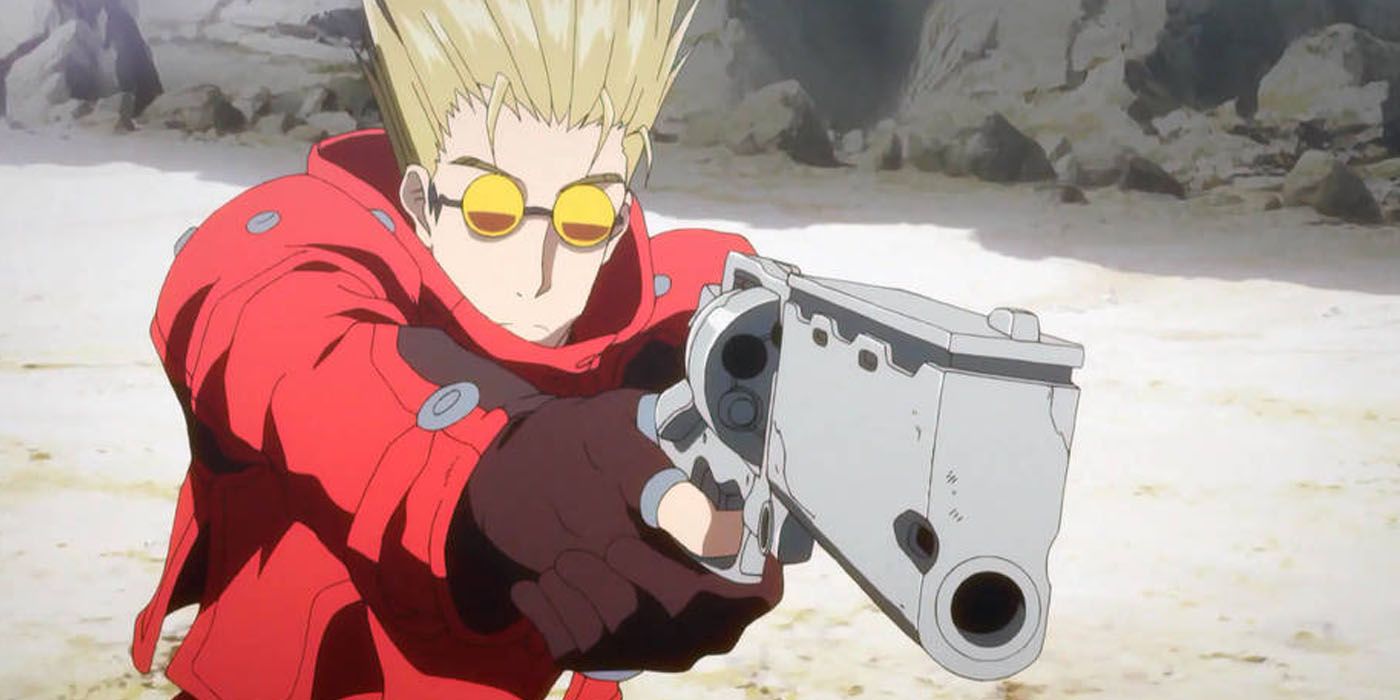 If you ever take the time to study Vash’s gun, you will discover a surprising fact. His gun has the barrel turned upside down. This was a deliberate design choice on the part of the creator of the manga.

Yasuhiro Nightow wanted Vash’s gun to look cool and different, but also not too unbelievable. He decided on the upside-down barrel as a distinctive and practical look for the weapon of the protagonist of the series. 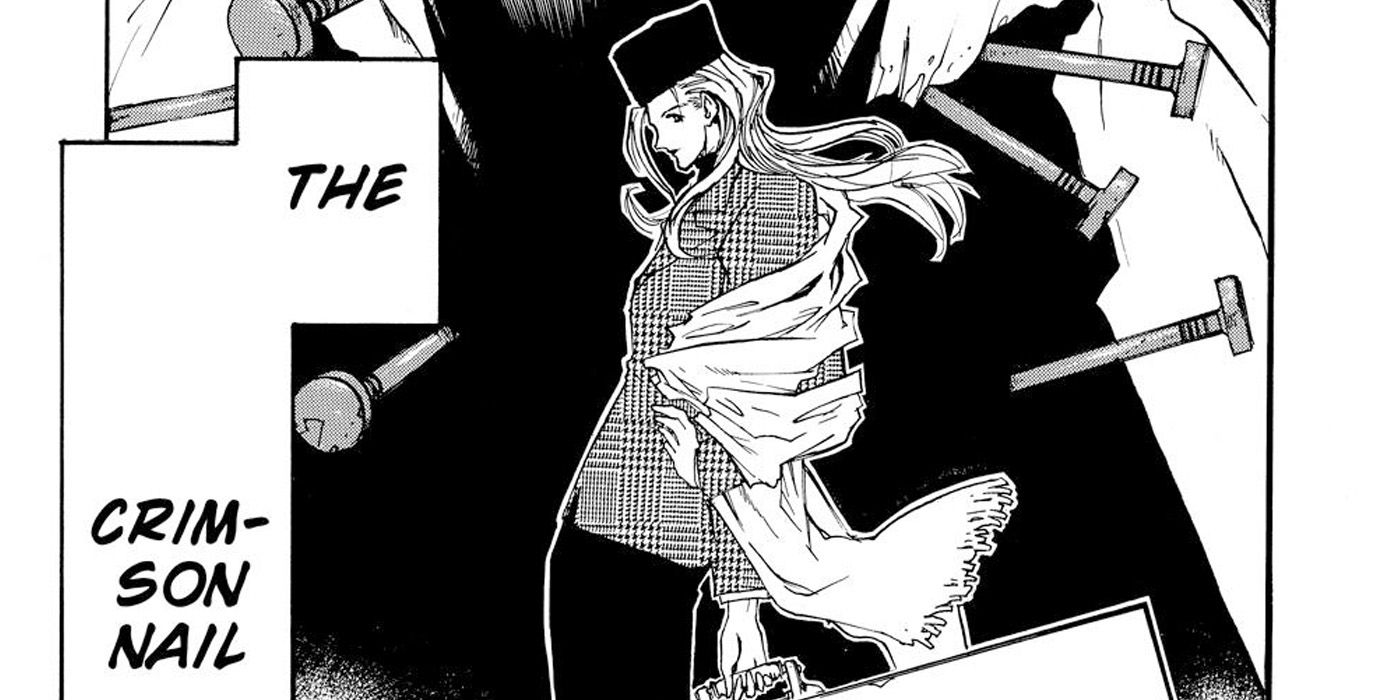 The Crimson nail, Elendira, is the thirteenth Gung-Ho-Gun. This character only appears in the manga, and not the anime. It is unclear whether she is a transwoman or a crossdresser.

What is known is that Elendira is the most dangerous member of the Gung-Ho-Gun. In spite of her preference for screws and nails as weapons over actual guns. Annoyingly, Elendira was never adapted for the anime. Madhouse would have unquestionably done Lost Number Thirteen justice.

7 A Feminine Twist To The Angel Arm 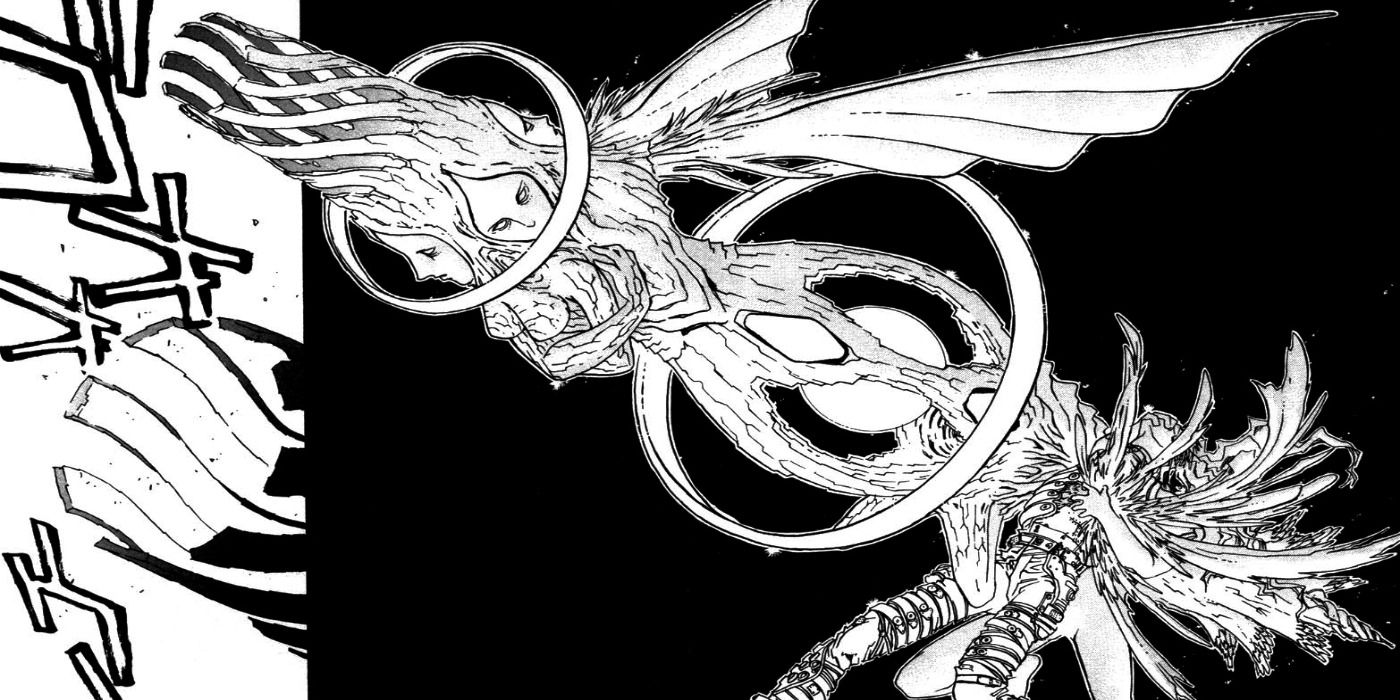 Vash’s angel arm is one of the most destructive weapons in all of mangadom. The design of the arm is distinctly feminine. The reason behind this choice is that since Vash grows the arm out of his own body, the process is similar to that of giving birth.

Since the birthing process is a solely feminine prerogative, the author wanted to incorporate feminine features into the angel arm to acknowledge that fact. 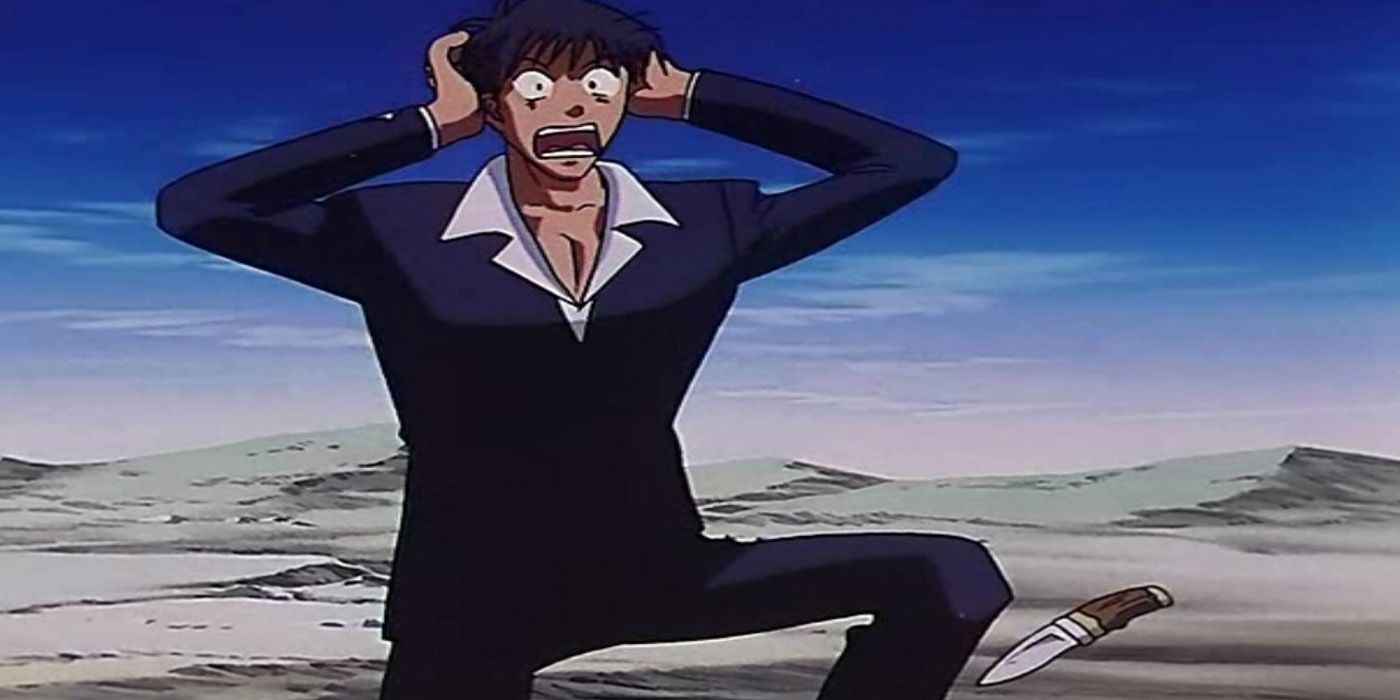 Wolfwood is a dangerous guy, and not too expressive with his feelings. He prefers to show affection by calling his friends by annoying nicknames, a habit he carried over from the original manga.

In the manga, Wolfwood frequently referred to Vash as Tongari, which translates roughly to “spiky-head.” To be fair, it is a pretty accurate nickname and one that could be assigned to approximately 90% of anime (shonen) protagonists. The creators of the anime wanted to keep this gag going, and so the word Tongari was replaced with needle noggin’. 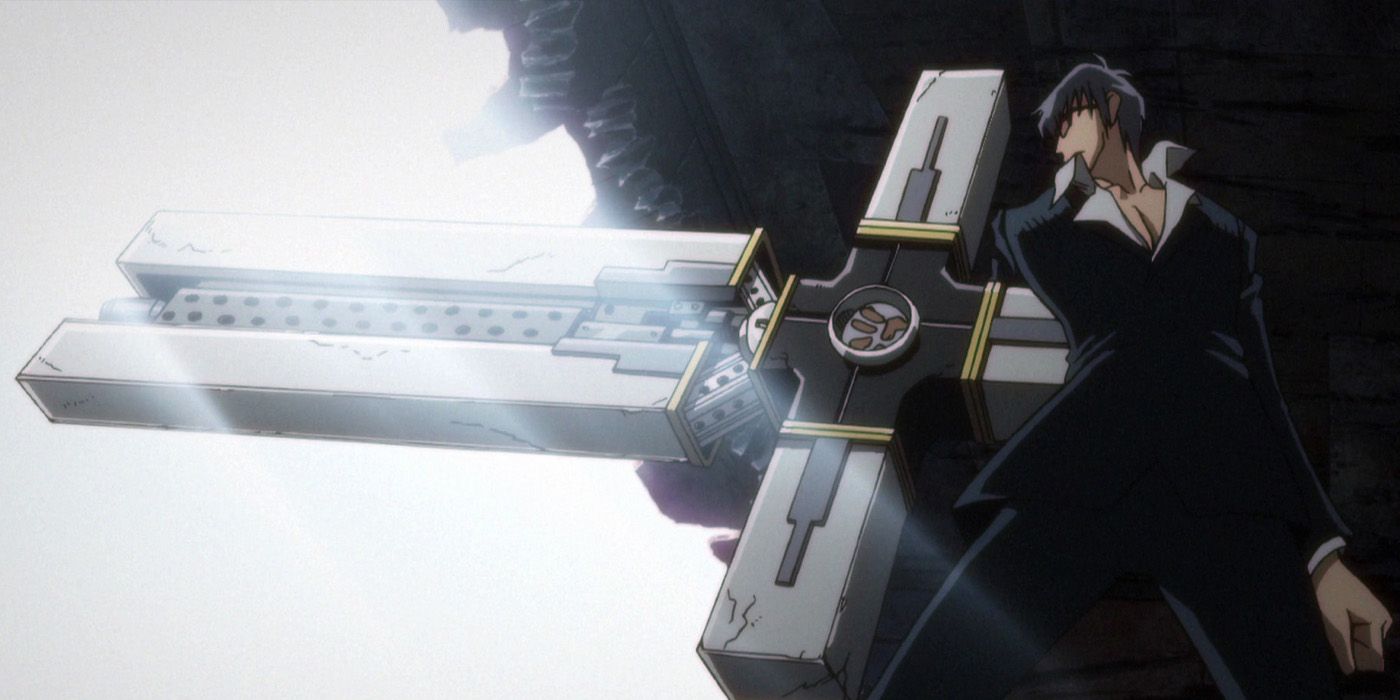 Possibly the heaviest gun in the series is the one carried by Wolfwood. The large contraption in the shape of a Cross connects a machine gun in the front with a rocket launcher at the back. This fearsome weapon has been revealed to weigh more than a 100 kilograms.

Since Wolfwood is an ordinary guy and not a superhuman being like Vash, he has to rely on his sense of perfect balance to wield his gun without toppling over.

4 The D In Wolfwood 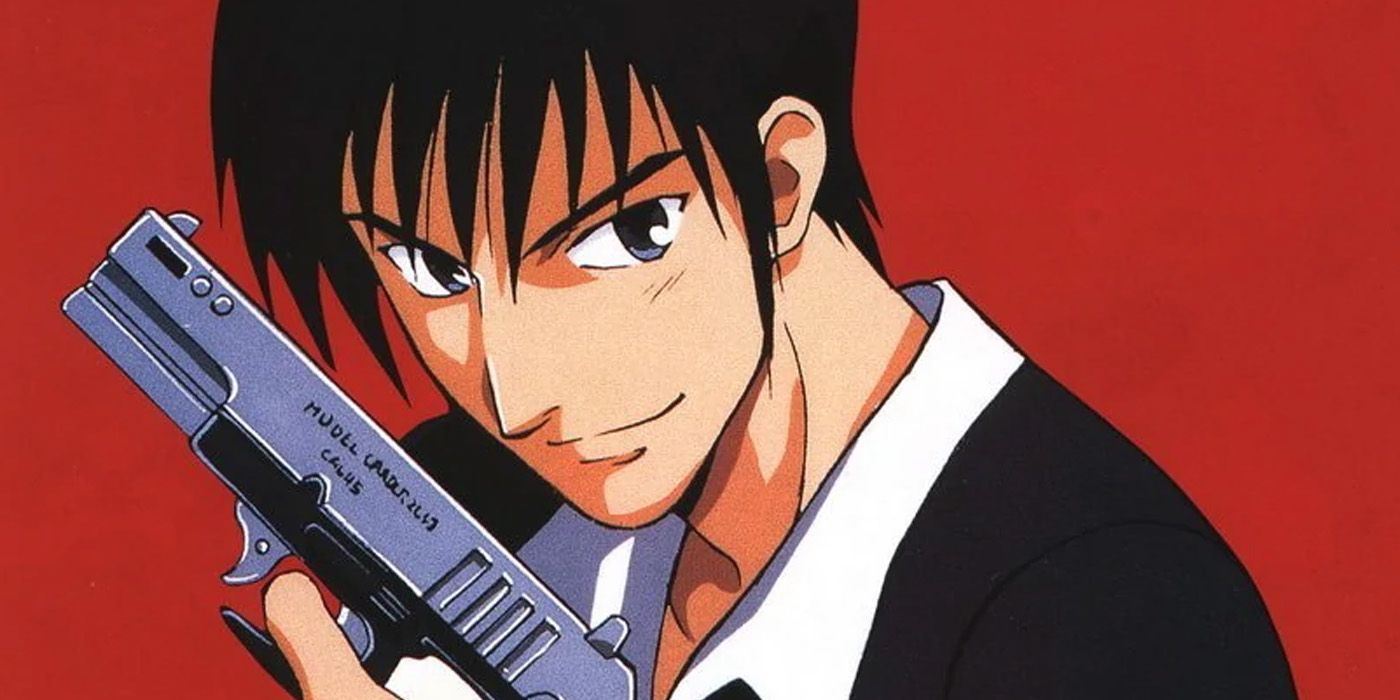 The full name of the character is Nicholas D. Wolfwood. And the D in middle stands for Dokonokuminomonjawaresumakinishiteshizumetarokakora. Yep, that is Wolfwood’s actual middle name, which explains why he only uses the initial letter in his middle name.

The translation of the name into English is an indignant statement rather than a simple meaning: What the hell family do you think you’re from!? I’m gonna tie you up in a reed mat and dunk ya!

3 All The Characters are Ex-Earthlings 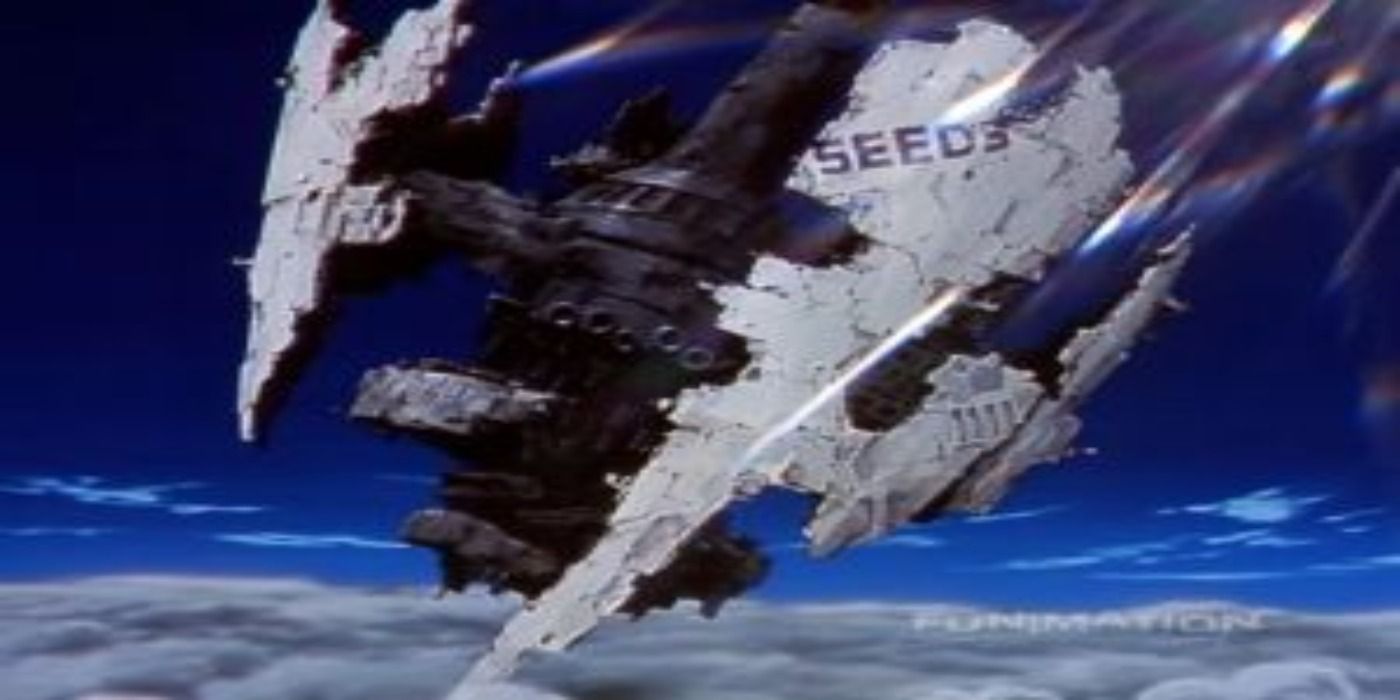 While Gunsmoke is an alien planet, the people who live on it that the series focuses on are originally from Earth. Project SEEDS was a deep space mission to find new planets for humanity to colonize because Earth’s resources were dried up. The main antagonist of the series, Knives, was responsible for crash landing the SEEDs spaceships on Gunsmkoe 150 years ago.

Since then, humanity was forced to set up base on Gunsmoke and establish a new colony on the inhospitable planet. That is why all the characters speak English and use dollars to trade and have a culture similar to Earth’s. 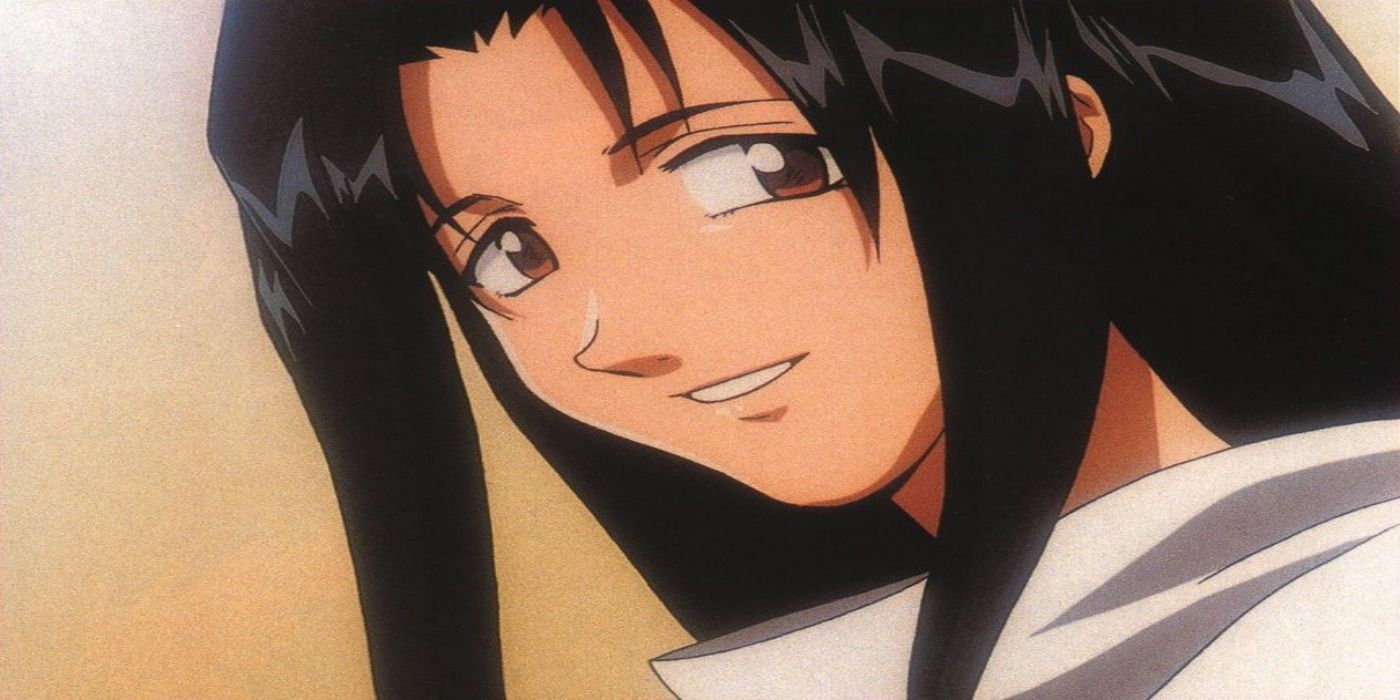 Rem Saverem was a member of the Project SEEDS crew and the guardian and caretaker of Vash and Knives in their childhood. She was thought to perish along with the rest of the crew following Knives’ attack but may have survived and gone on to live a normal life on Gunsmoke.

Meryl Stryfe has shown to have a striking similarity to Rem, both in terms of her appearance and outlook on life. It has thus been speculated that Meryl may be the granddaughter of Rem or her reincarnation. 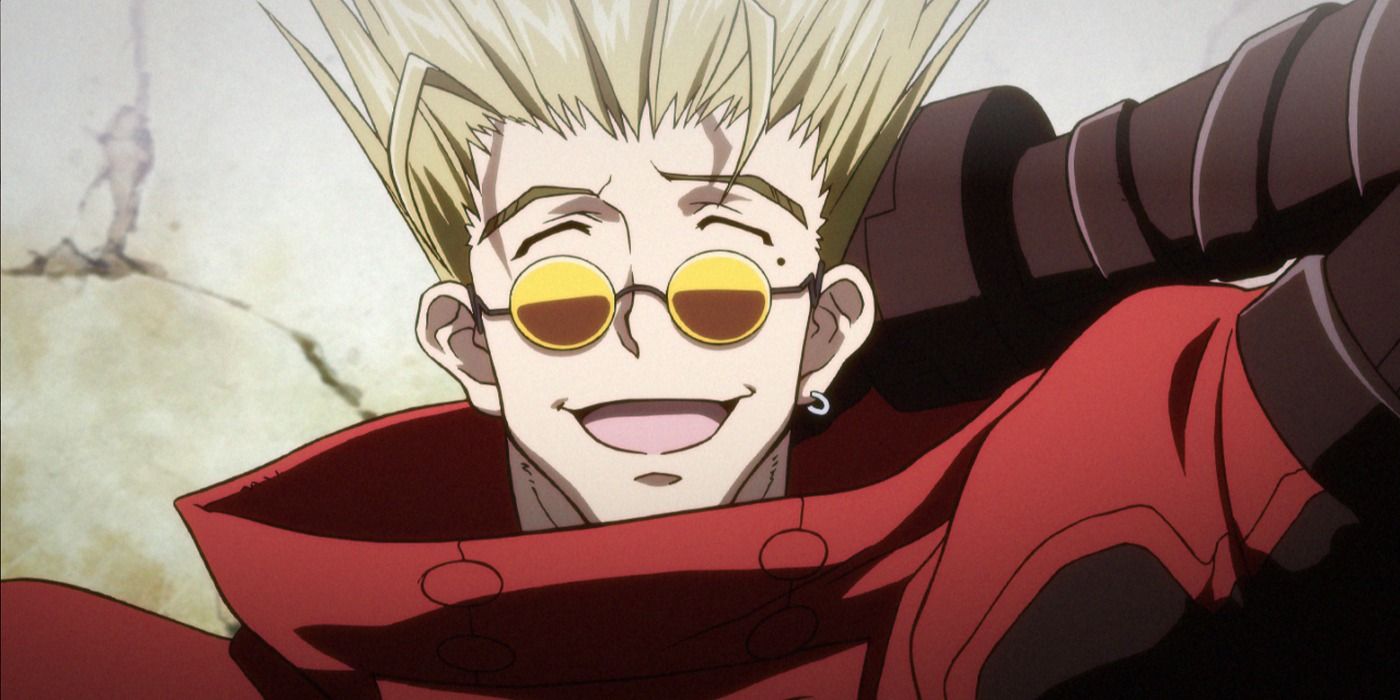 Vash is frequently shown to be hitting on women aggressively, to the point that it actually drives them away. This sort of behavior is actually quite antithetical to Vash’s otherwise calm, serious, and gentlemanly nature. The reason behind this dichotomy of behavior might be a pretty sad one.

Vash feels that people who get close to him end up getting hurt. He is also shown to be embarrassed by the multiple scar wounds that pepper his entire body. The reason why he acts so pervy around women might be because he is deliberately trying to keep them at a distance from him.