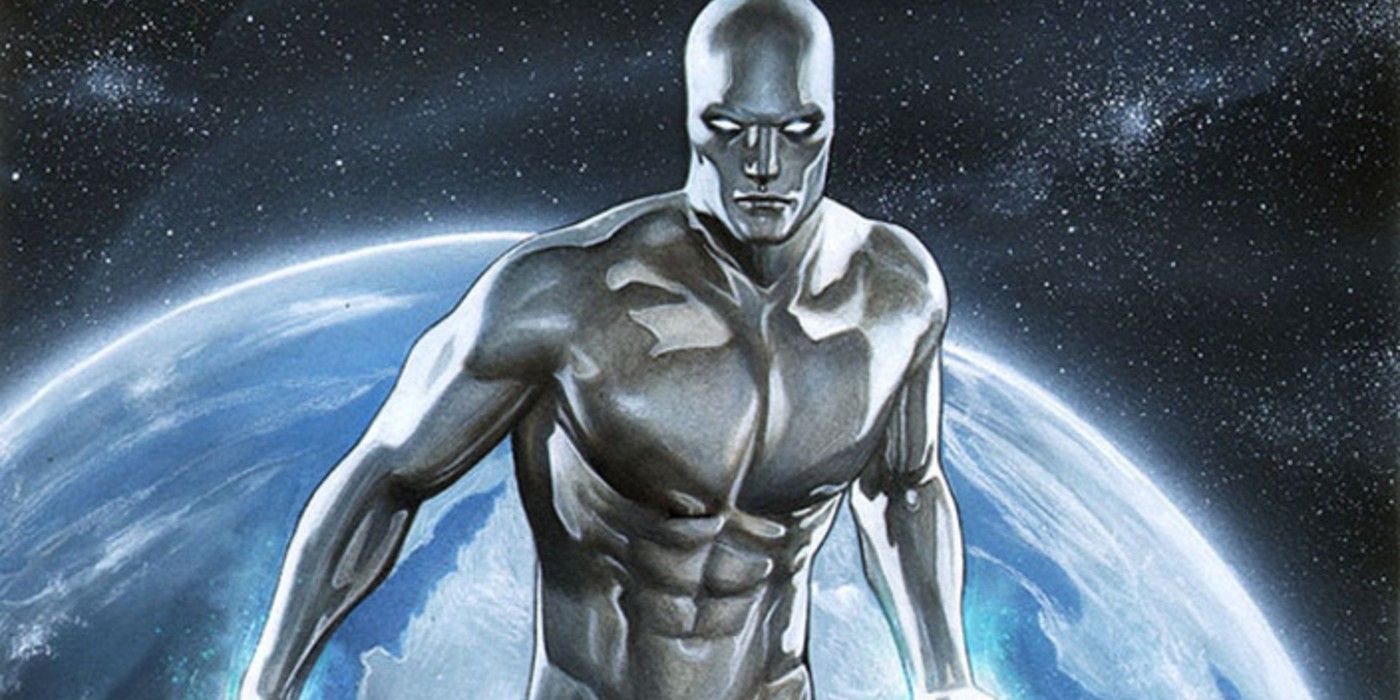 In Marvel #6, Silver Surfer brought Galactus to a dying Earth and faced off against the man who represented the first and last superhero on Earth.

You Are Reading :The Silver Surfer Just Flew Into the Fantastic Fours Darkest Future

In the most recent issue of Marvel, Doctor Strange battled Nightmare, and Nick Fury was back in action. In between these stories was a black and white horror tale featuring the Silver Surfer, as he returned to Earth after years away.

It is unclear how many years it had been, but Silver Surfer was starting to lose his humanity, not remembering the worlds that died under his guidance to Galactus. The story was narrated from the Surfer’s point of view, as he began to worry that his memory was slipping and only pieces of his past remained. 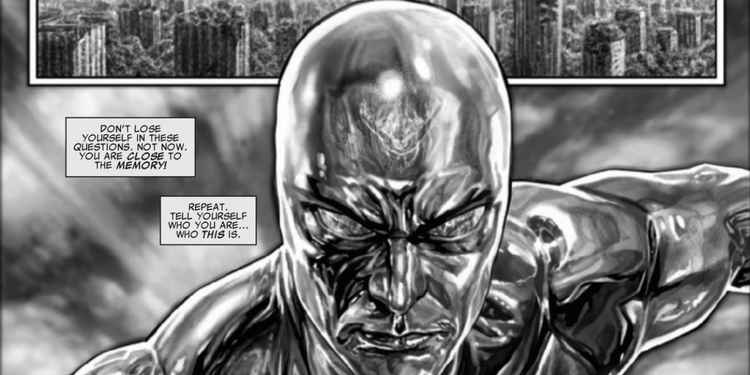 When he arrived on Earth for the first time in Fantastic Four #48 by Stan Lee, Jack Kirby, Joe Sinnott & Artie Simek, Silver Surfer led Galactus from world to world, hoping to find uninhabited planets for his master to devour. However, when he reached the Earth and met the Fantastic Four, he rebelled against Galactus. Surfer saw the Earth as a place to save, a beautiful place that was full of hope and dreams, and he paid the price. Galactus chose not to take the Earth, but he banished Silver Surfer to the planet and blocked his ability to leave. It was a prison for the space traveler, but he saved Earth because he knew it was the right thing to do.

In Marvel, Silver Surfer arrives on Earth and remembers being there before but can’t put the pieces together to create the full history of his time there. However, his memories began to come back when he faced his first opponent on Earth. Just like in his original journey to Earth, it was a member of the Fantastic Four that was there to fight him. However, this was an Earth that was broken, destroyed, and a shell of itself. In the future, Johnny Storm, The Human Torch, was one of the last remaining heroes to stand and fight. 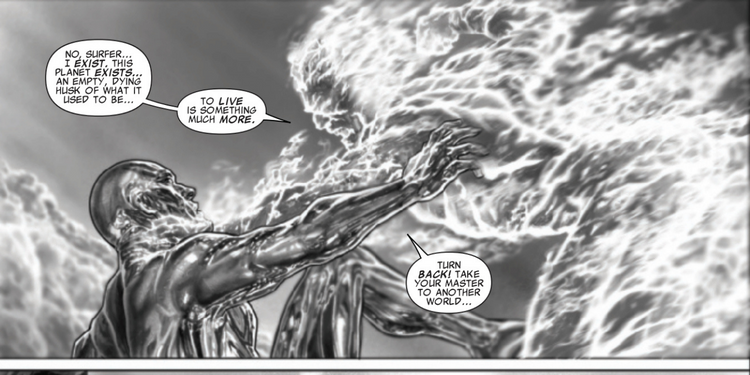 Silver Surfer said the planet lives as does the Human Torch, but Johnny argued this isn’t living. They fight to survive, and he demanded that Surfer take Galactus to another planet. The Human Torch explains that Earth is his home and asked if Silver Surfer would fight to defend his own. Johnny refused to stop fighting, although he was hurting. He then admitted that he is the first and the last of the heroes. While Surfer offers to take him to another planet that needs a protector, the Human Torch said he owes this planet, the one he loves, and Johnny headed off to fight Galactus on his own as the Silver Surfer began to forget again.

Interestingly, the Human Torch was the last man to protect the Earth, and he stated that he was also the first. The Fantastic Four were the first superheroes to arrive in Marvel Comics, and the Torch was one of them. However, he is not the first Human Torch, and the android Human Torch, Jim Hammond, owned that mantle before him. In this case, The Human Torch was the first hero in this world, as he appeared in the cover story of Marvel Comics #1 in 1939 by Carl Burgos, a full 22 years before Marvel Comics, the company, released The Fantastic Four. The Human Torch appeared on the cover of that first issue, and it is fitting that a superhero bearing his name would be the last man on Earth to stand and protect the planet from Galactus.