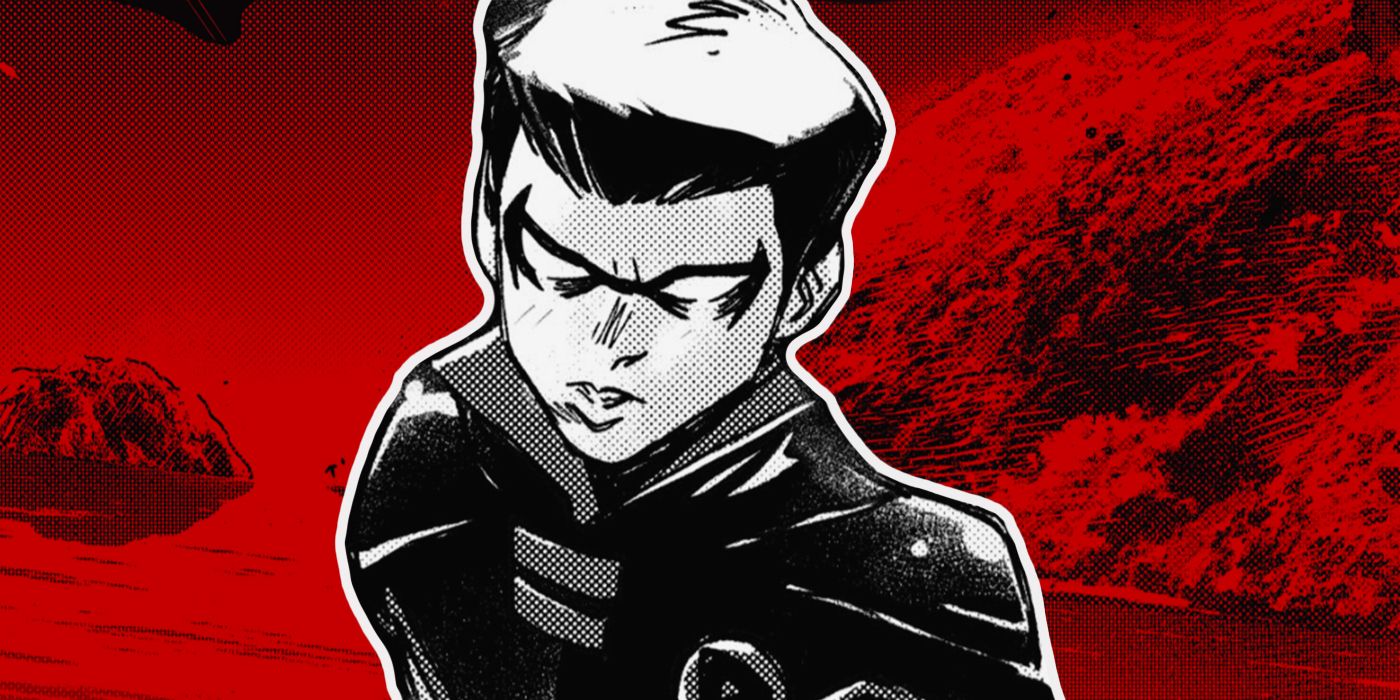 Damian Wayne may be targeting the Magistrate for supposedly killing his father, but it is his family he should blame for how he’s suffered.

You Are Reading :The Future BatFamily Failed Damian Wayne

What became of Damian Wayne in the future state has finally been revealed. In Future State: Gotham #13 (by Dennis Culver, Dan Mora, Geoffo, and Troy Peteri) Batman and Talia al Ghul discovered that Damian, believing his father had died, descended into hell to find him. He has since returned as Batman 666 and is hellbent on destroying Gotham for turning its back on his family.

The great irony here is that it was the Bat-Family that is responsible for Damian’s current situation. At any point, they could have reached out to him and tried to help him through his grief. Instead, they chose to completely ignore the question of where their youngest had gone in favor of fighting the Magistrate, and possibly amongst themselves. Even Damian’s own father isn’t excused from this. 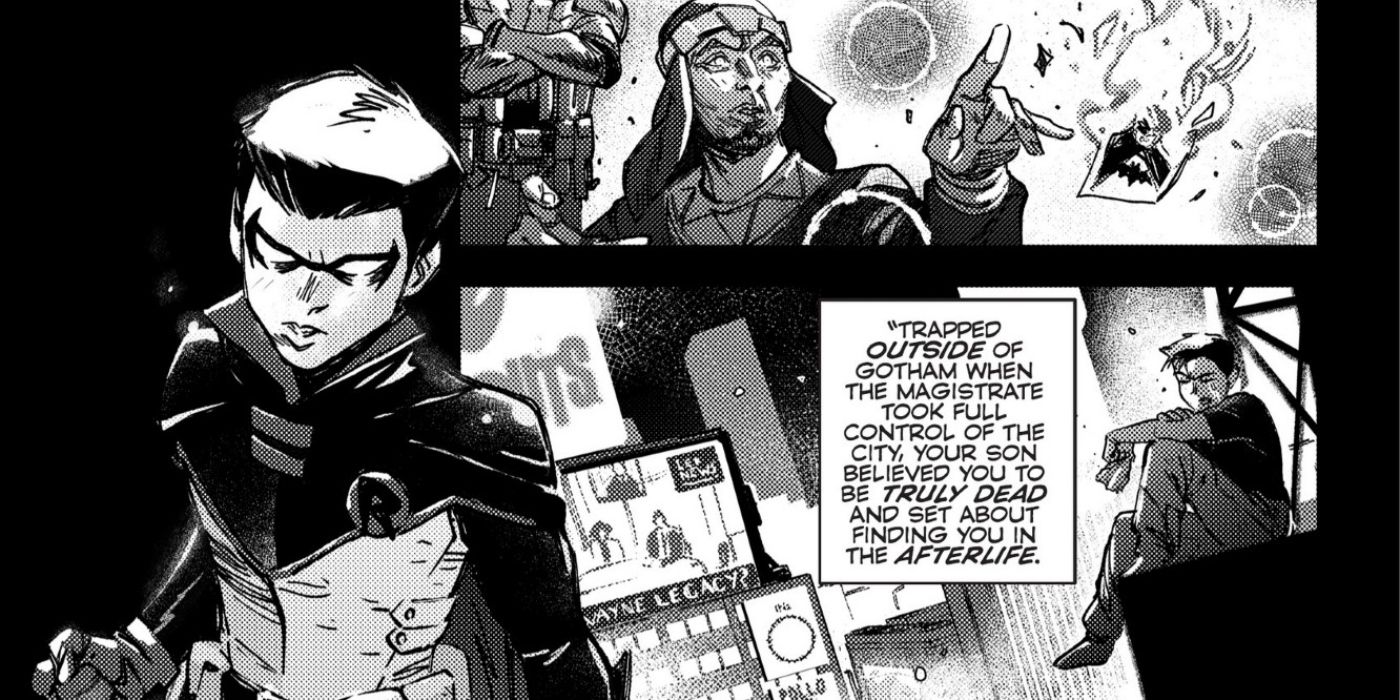 Unlike the rest of the Bat-Family, Damian was locked out of Gotham City when the Magistrate took over. He only heard of his father’s death through the Magistrate’s propaganda, not even from his own family. In the interim, he spent all of his time trying to find out if his father truly was dead, with no assistance from any of his family. It pushed him to torture an angel into giving him the information he wanted, which then prompted him to literally dive into hell.

What happened to him there is still a mystery, but it is clear that all the personal growth he made was undone by hell’s influence. Yet, his family could have helped him at any time. Granted, the Magistrate strictly controlled the borders of Gotham City, but each member is more than capable of sneaking out of the city on their own. Even Damian’s own mother proved this by disguising herself as a Magistrate member and riding on a train alongside them.

None of them even contemplated this though, the question of where Damian might have been throughout all of this never even registered with them. Damian may not have the best relationship with his father, but he does love him and would have been up in arms about his murder. It had to have crossed their minds that him not being in Gotham was strange. 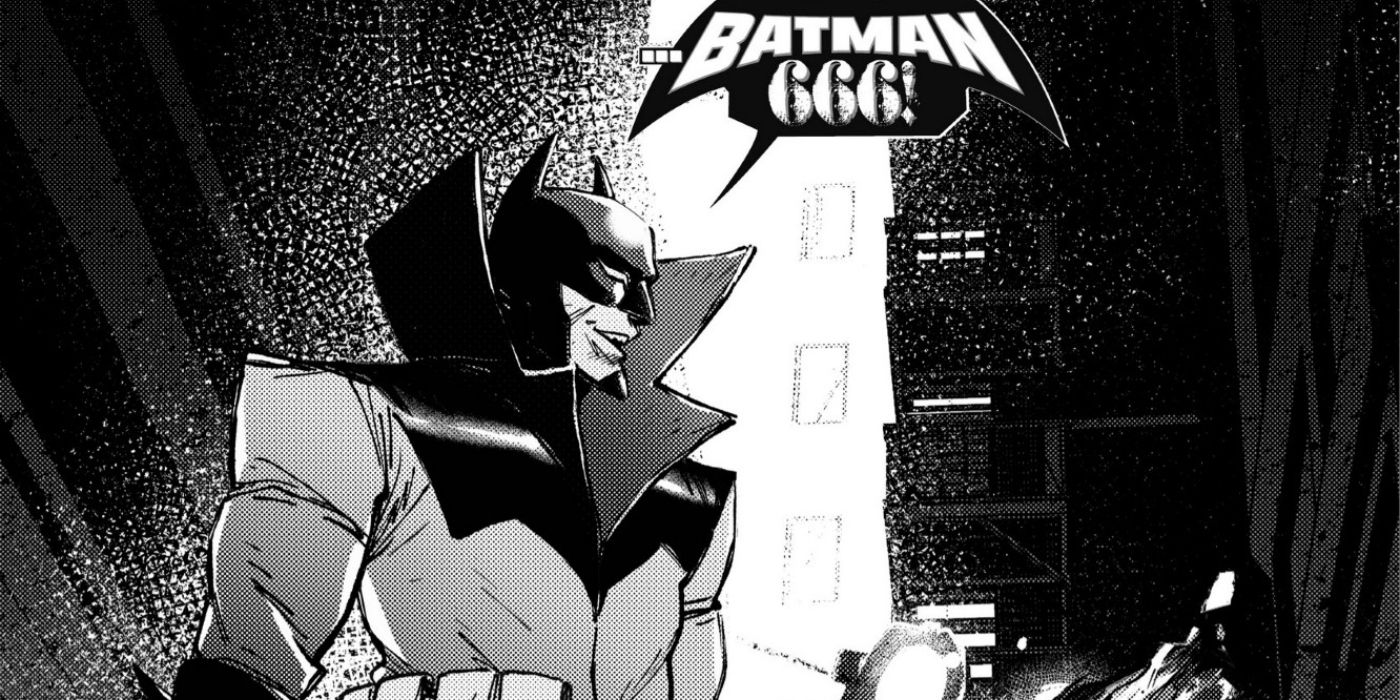 Somehow it did though, and it wasn’t just his adoptive siblings that are guilty of this. Arguably the biggest cause is Batman himself. He survived the Magsitrate’s attack, but rather than regroup with his family, he chose to hide his continued existence from even them. This resulted in them being tricked by Hush, and for Damian to believe that his father was gone.

Batman had his reasons, of course, but he could have easily contacted his family and told them not to leak his survival to the public. He could have even left Gotham to try and find allies to retake his city. Instead, he and all the others ignored Damian, who historically does poorly when he is left alone. He needed his family, and they weren’t there for him.

As a consequence, they may have created a monster worse than anything else they have faced before. A villain born not of direct intervention, but neglect. Their complete disregard for Damian sent him spiraling into a series of increasingly worse decisions that may have brought about Gotham’s ruin.