The 10 Worst Things About Armin In Attack On Titan – DNews 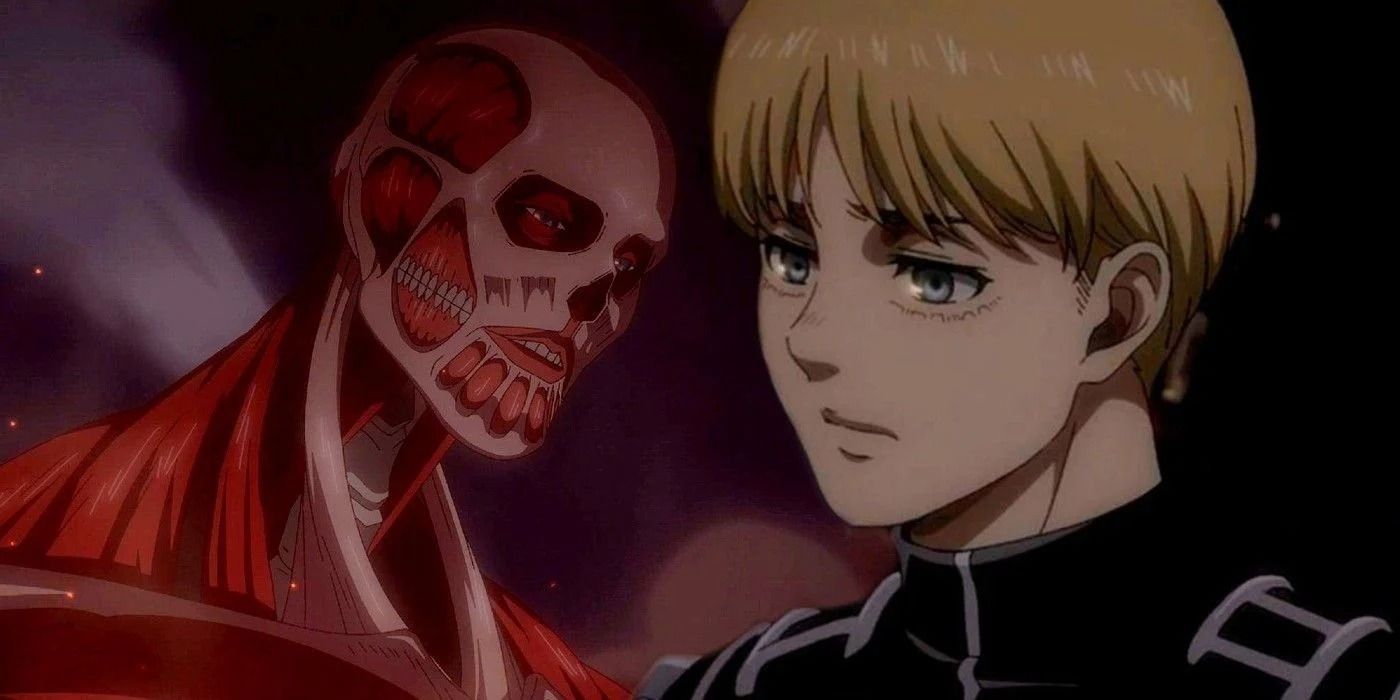 Although Armin Arlert is one of the most underrated and beloved characters in Attack on Titan, he has his flaws too.

You Are Reading :The 10 Worst Things About Armin In Attack On Titan

One of the most popular anime of this century, based on Hajime Isayama’s manga, Attack On Titan, is, yet again, one of the most anticipated anime that fans are excited to witness. Despite the fourth and final season being divided into three distinct parts, fans are hanging on to each and every development in the series and its making.

The main trio, consisting of Eren Jaeger, Mikasa Ackerman, and Armin Arlert, are childhood friends, who witness Shiganshina’s destruction, their hometown. Armin is one of the smartest characters in the series, second only to Hange Zoe. Although he is one of the most underrated and beloved characters, Armin has his flaws too. 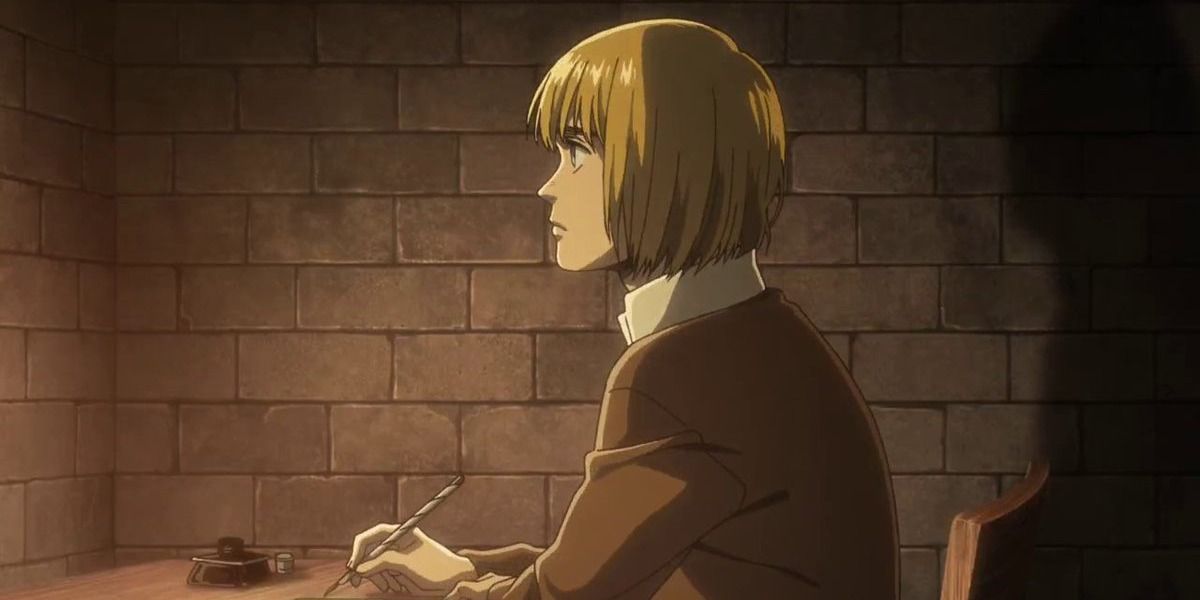 Armin is an extremely intelligent person with an amazing brain, capable of strategizing during battle, enabling him to think on his feet and getting his teammates out of a pinch. However, no amount of intelligence and cleverness makes up for a weak physical disposition.

Armin is embarrassingly bad at handling himself and is barely able to pull his own weight in a battle, purely of brute strength. He was almost eaten by a Titan in the series’ very first episode, only to be saved in the nick of time by the skin of his teeth by Eren.

9 Armin Can Be Too Emotional 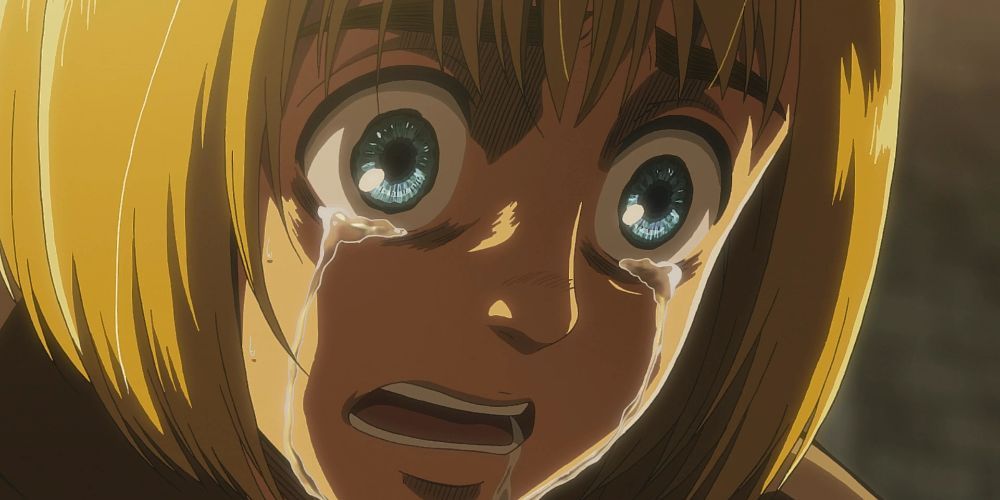 Known to be the cool, calm, and collected of the main protagonist trio, Armin also has a deeply emotional side to him. Despite his calculating and cunning strategies to keep his friends, teammates, and himself safe, Armin has a weak stomach and cannot completely digest the consequences of his actions, especially if his schemes end up making the citizens of Paradis Island collateral damage.

No doubt, having a conscience in trying times is a virtue not everyone has, but when it affects one’s image and reputation, it is not something to be encouraged. 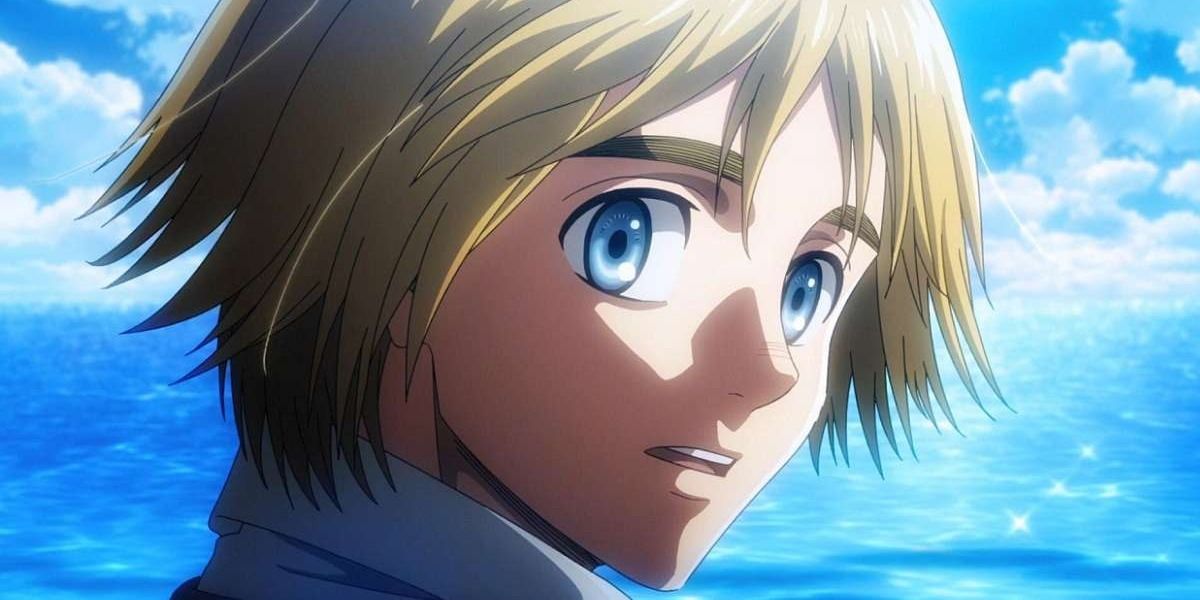 Armin lost his parents at a young age after they were caught trying to escape the walls of Paradis Island to explore the outside world. Armin’s parents were executed in a coldhearted and brutal manner, due to which he ended up living with his grandfather.

However, Armin follows in his late parents’ footsteps and has a deep and innate desire to explore the outside world. Although he is willing to face the consequences of his actions, his late parents may not have approved. 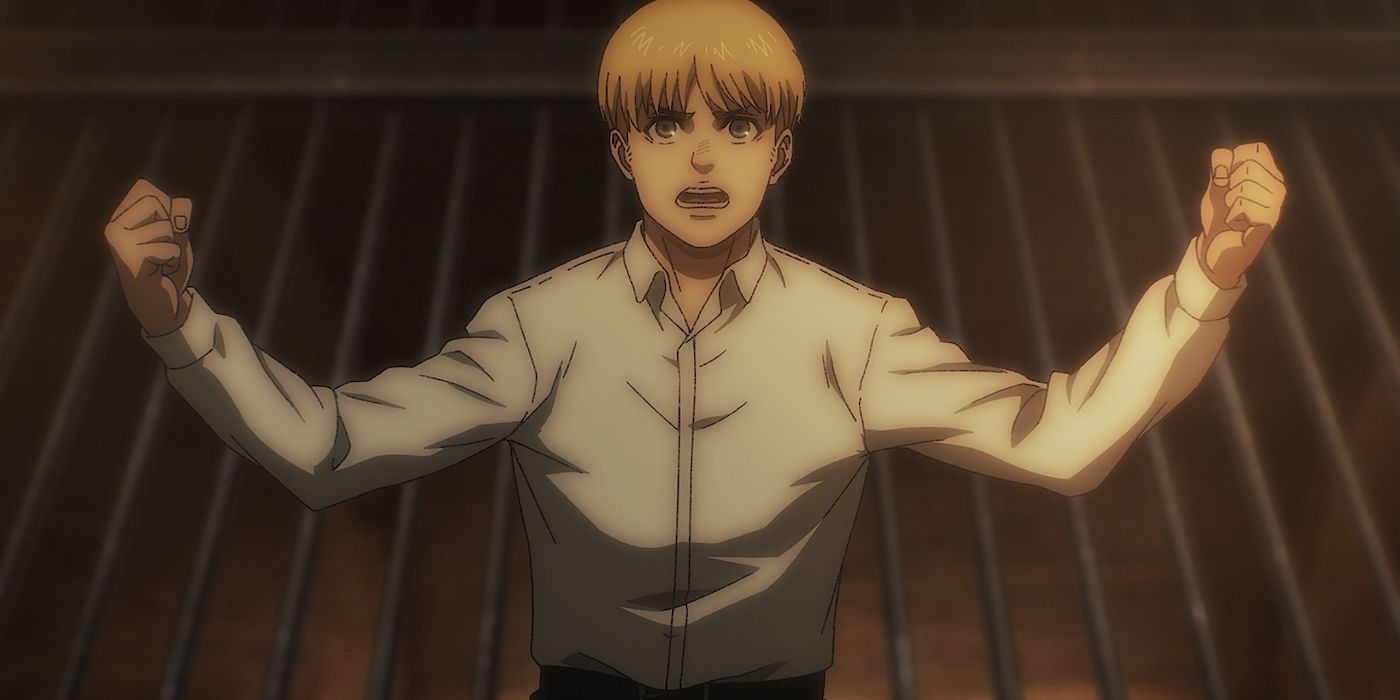 Despite being one of the smartest characters in Hajime Isayama’s intricate world, Armin has some severe and deep-rooted self-esteem issues. He is unsure of himself and takes some time to find his footing. He relies heavily on Eren and Mikasa throughout the series and can be found hiding behind Hange Zoe at times too.

Armin’s extraordinary brain works fast and leads him to overthink a lot of his actions and deeds. He ends up making himself utterly miserable without any reason or need to do so.

6 Armin Is Too Timid 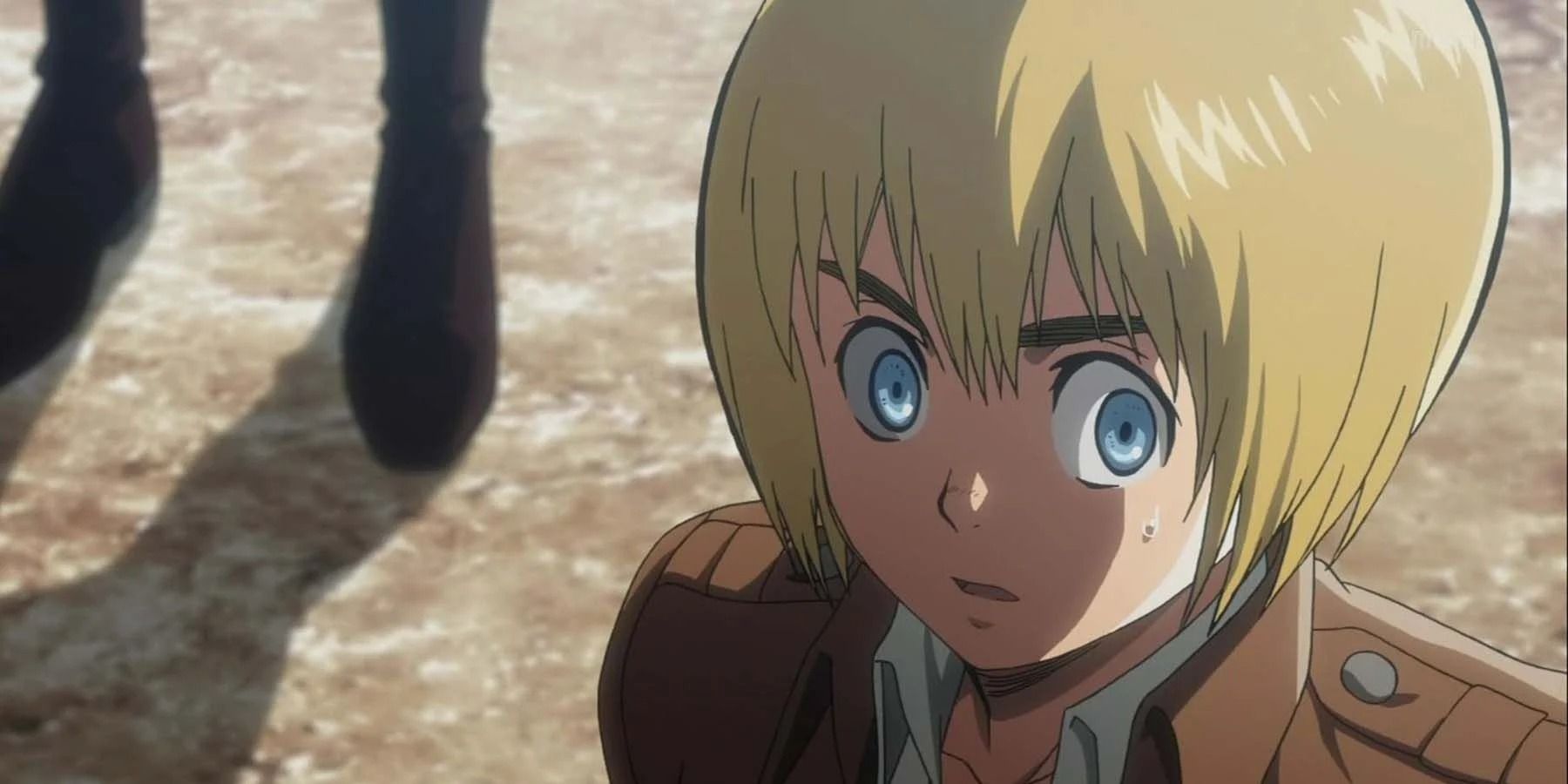 Armin Arlert is one of the main protagonists of Hajime Isayama’s Attack On Titan. He is popular for an extraordinary brain on his shoulders and his ability to put it to its maximum use. However, being smart is no excuse for poor social or combat skills.

Admittedly, having a sense of right and wrong in a morally ambiguous world can be advantageous at times, but in Armin’s case, his conscience manifests as timidity and cowardice. Fans may love this underrated genius, but that doesn’t mean they gloss over his flaws.

5 Armin Reacts More Than He Does Attack 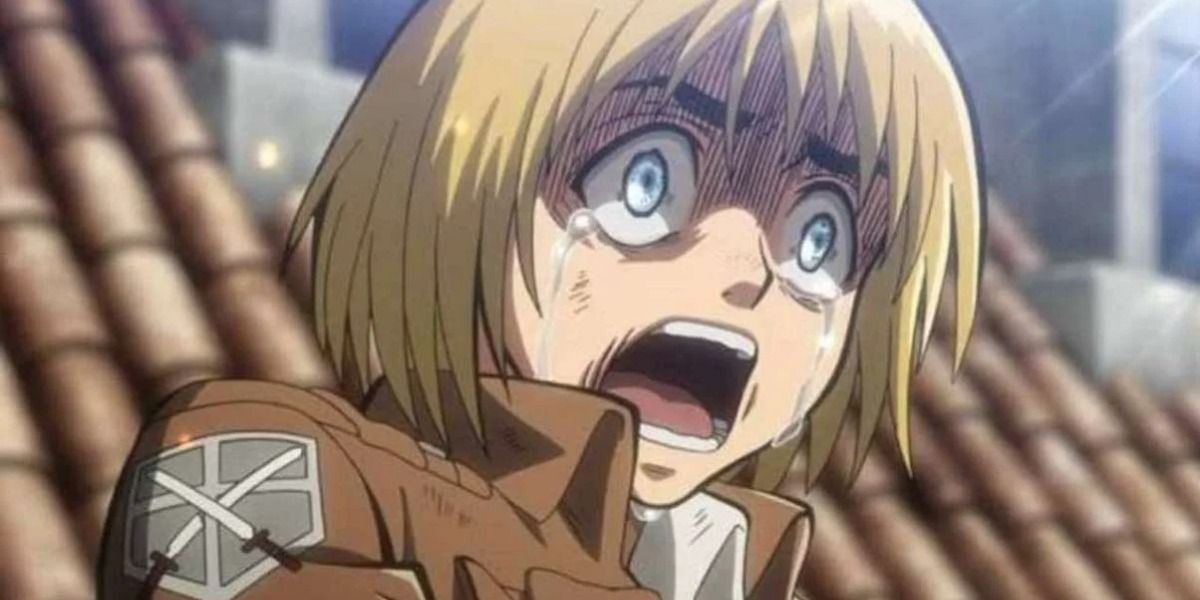 Given his position as one of the main protagonists of the anime, Armin is quite a passive and laid-back person who doesn’t take any initiative. He does what he is told, or asked, to and reacts to the world-shaking actions of his best friend, Eren, and Eren’s half-brother, Zeke.

Despite being an emotional person with a sense of his surroundings, Armin only responds once exposed to stimuli, making audiences wonder whether he has a mind of his own or he might be mistaken for a highly functioning sociopath.

4 Armin Remains Innocent Despite His Surroundings 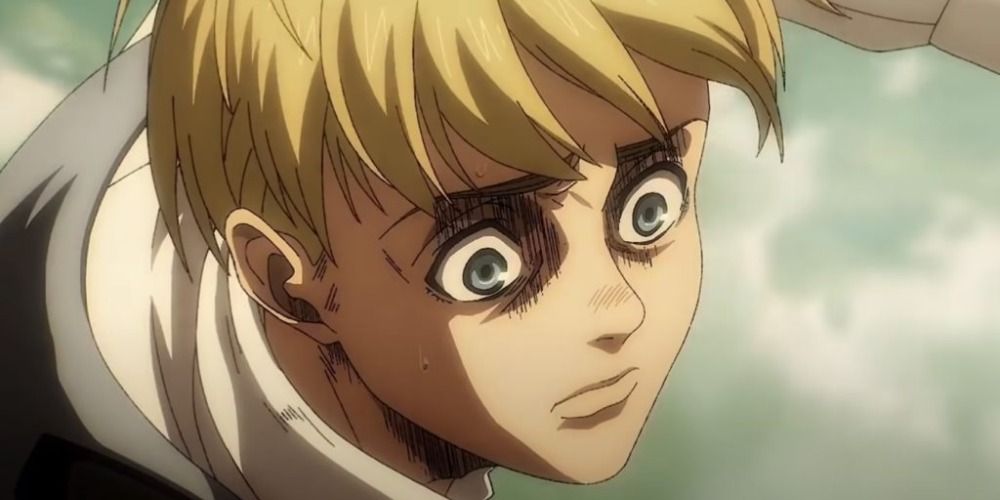 Hajime Isayama’s Attack On Titan has received immense praise for its thrilling portrayal of war, its motivations, and its effects on the politics, ideologies, and mindset of a people. However, as smart as the blue-eyed Armin is, he fails to grasp the inherent and innate cruelty of humans and chooses to remain ignorant of the fact that war changes people.

He remains his same old glass-half-full optimistic self throughout the entire series despite witnessing firsthand the lengths people go to for their families and their country. 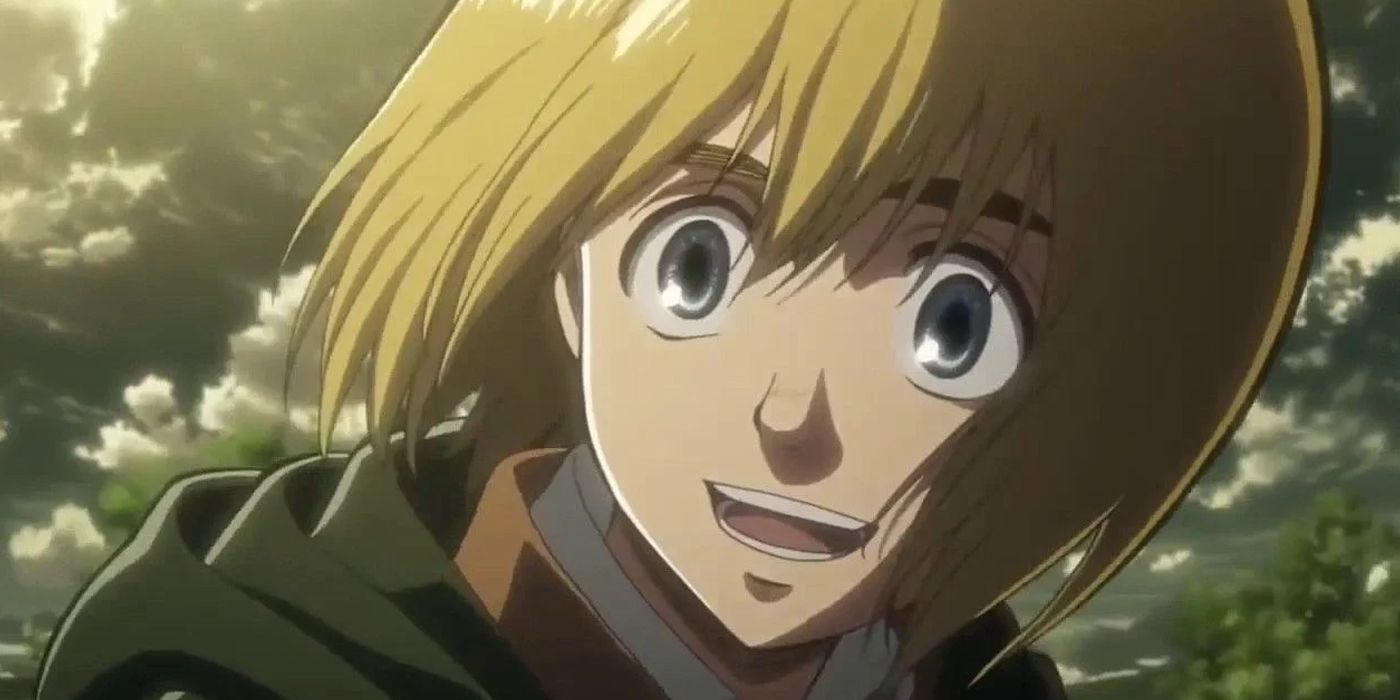 Armin was expertly written by Isayama to succeed Erwin Smith as the 14th Commander of the Survey Corps. Despite his lacking of physical abilities, fans were ready to accept Armin as Erwin’s successor after the decision was made to save Armin instead of Erwin on the battlefield.

However, Armin’s character development took a drastically sharp turn when he stopped growing and maturing as the series progressed, possibly affected by the trauma of the war going on around him. The latter part of the series starkly reflects his wasted potential.

2 Armin’s Stubbornness Has Made Things Worse 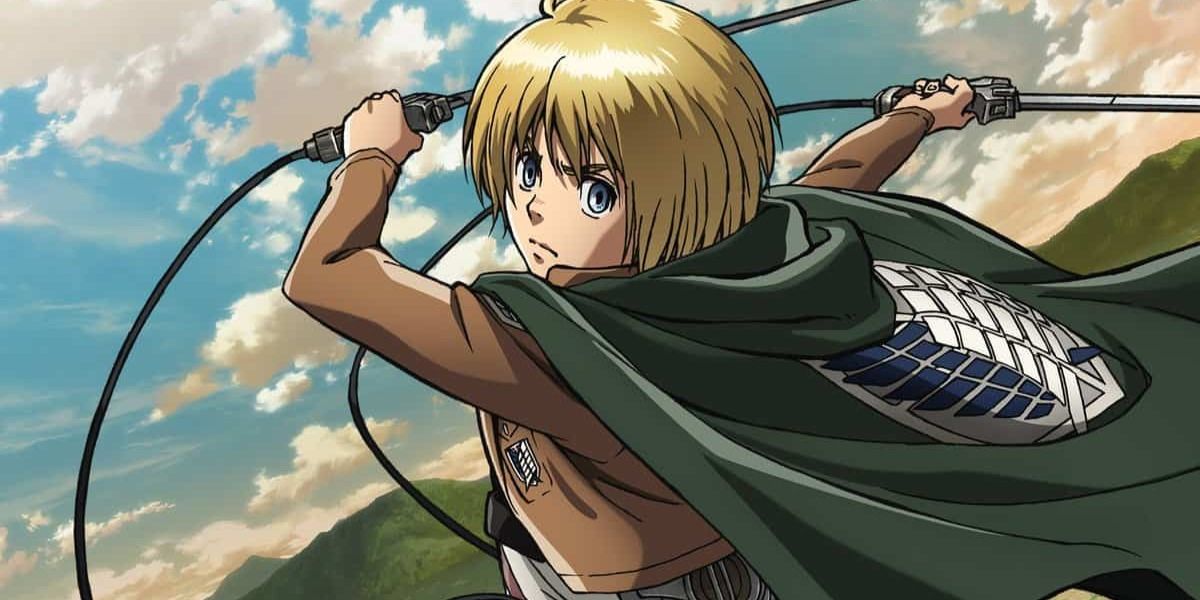 Armin is smart enough to know where he is most useful. Despite his cleverness, he was stubborn enough to follow Mikasa and Eren into the 104th cadet corps. Unwilling to accept that the best way to contribute to the war is to help strategize from the back instead of being a burden in the front, Armin’s stubbornness has created more problems than solutions.

While it may not have caused any significantly major mishaps, it casts a dark shadow on the future of his teammates and his country. His stubborn nature might end up being the bane of the Paradis Island army.

1 Armin Hasn’t Put The Colossal Titan To Use Yet 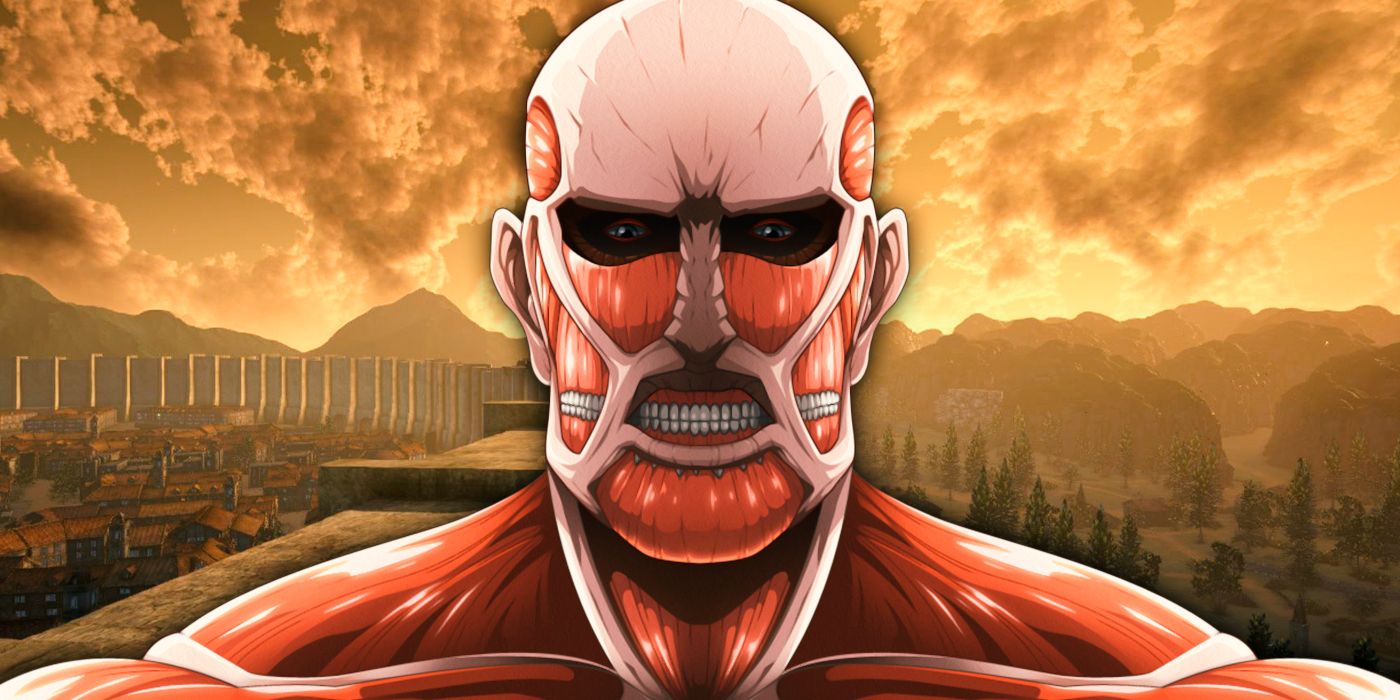 Many decisions are made in the heat of the moment when war is raging and people are dying all over the place. They might be right, wrong, or morally ambiguous, with the potential to significantly change the course of the war.

Armin was saved with a split-second decision when he was administered the serum. Not once, since he was saved, has Armin used the power of the Colossal Titan for more than a few minutes in a pinch.