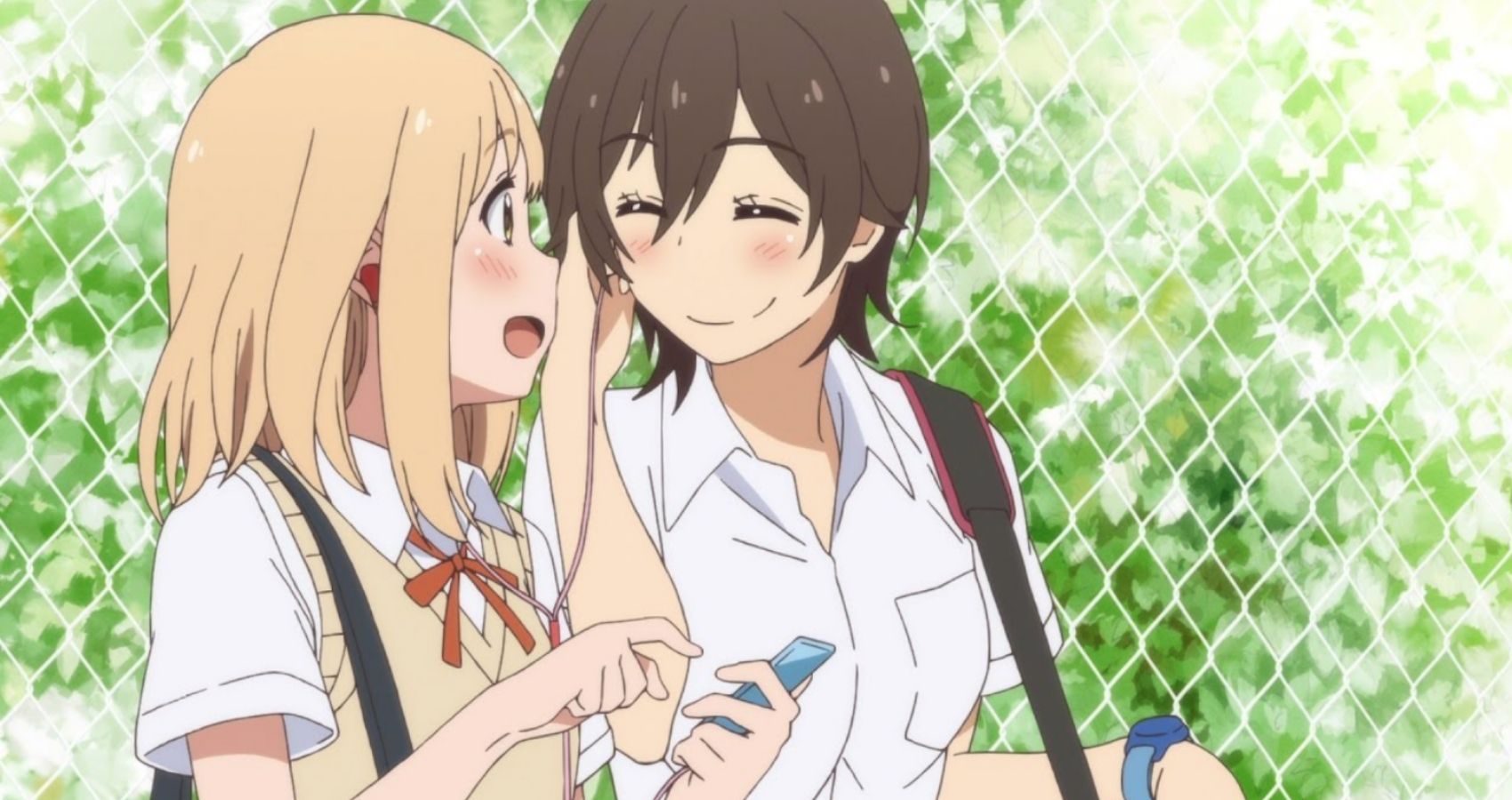 The 2010s were groundbreaking for LGBT shows in general, but especially for anime series featuring female-female couples.

You Are Reading :The 10 Best Yuri Anime Of The Decade Ranked According To IMDb

For people around the world, February is a special month. Not only because it’s Black History Month, but also because it’s also considered “Femslash February” to many online communities. Every year, tons of fan art, fanfiction, and other various fan creations pop up this month to celebrate women loving women.

That makes this the perfect month for looking at the best yuri anime of the last ten years, too. The 2010s were groundbreaking for LGBT shows in general, but especially for anime series featuring female-female couples. We were blessed with an abundance of great dramas, romances, and comedies. 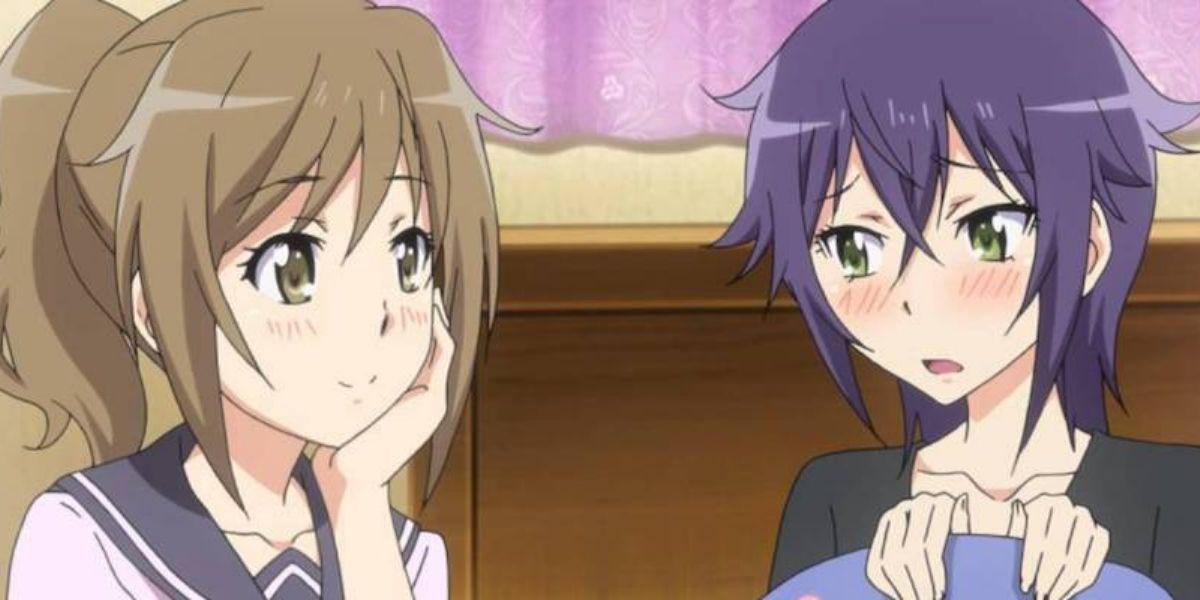 Yachiyo Inugami loves cats, but her behavior and mannerisms make her doglike. Conversely, Suzu Nekoyama loves dogs, but her sleepy, introverted self has frequently been compared to a cat. So when these two high school students from neighboring classes are introduced to each other, sparks immediately fly.

Everything that follows in this 2014 romantic comedy is exactly what you anticipate in a romance based on 4-panel omake strips where the main duo are like a dog and cat. With each episode only 3 minutes long, it takes less than an hour to watch the first season of this quirky, hilarious yuri. 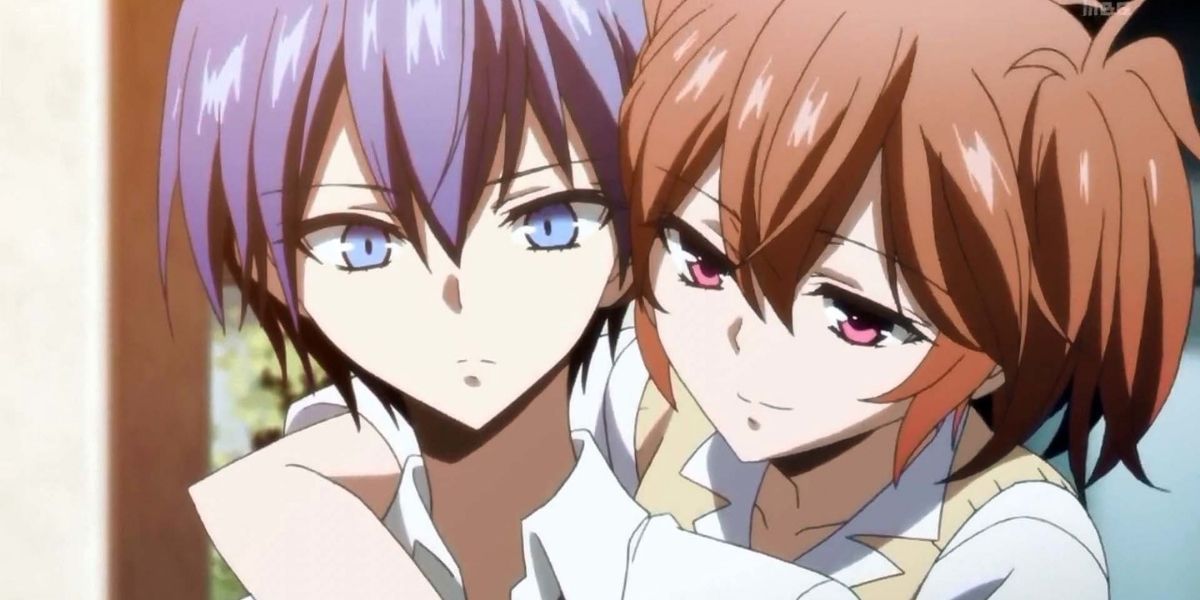 Another yuri anime gem to air the same year is Riddle Story of Devil, an action series revolving around assassin Tokaku Azuma. She, like many of her other classmates, have enrolled in Myoujou Academy for one thing: to kill fellow student Haru Ichinose. Whoever does kill her will have any wish granted.

But complications start to arise as, instead of killing Haru, Tokaku falls for her. Now, Tokaku wants Haru to live, no matter what. It’s the best kind of romantic action plot, where one character vows to use their trained assassin skills to protect their love interest from harm. This is one exciting yuri anime not to miss. 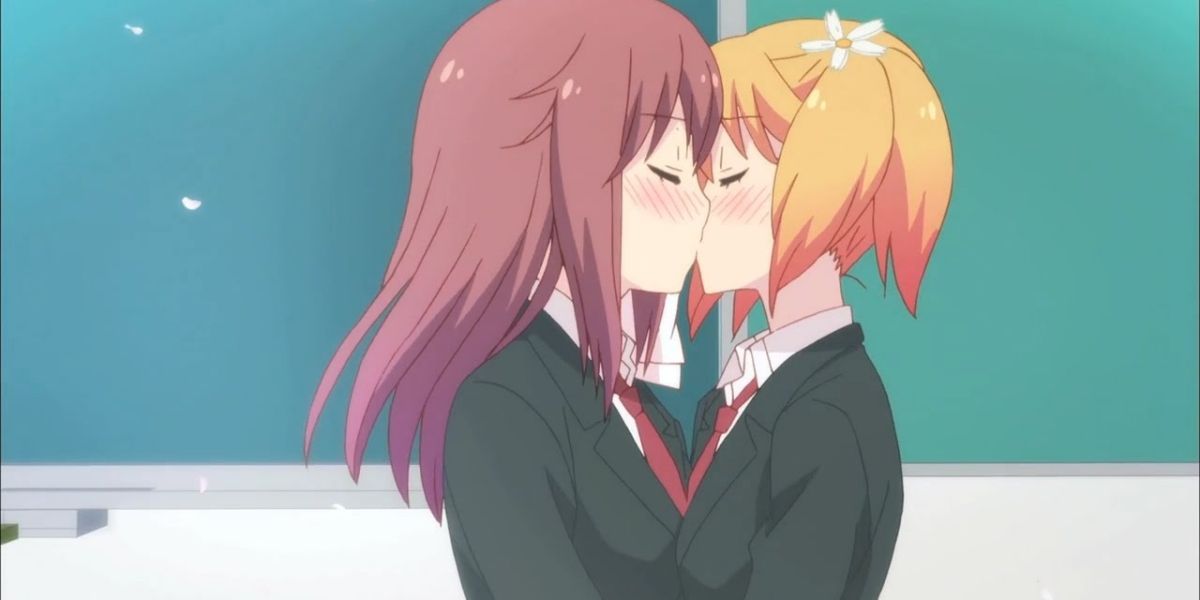 In yet another lovely yuri from 2014, Haru Takayama and Yuu Sonoda have been best friends for years. However, their new high school lives are challenging, shoving lots of unwanted changes onto the two. After a tender moment together alone in their classroom, Haru and Yuu share an intimate kiss.

From that moment on, everything between them changes, too. Their special friendship deepens and blossoms into something entirely new, entirely difficult, and yet entirely wonderful. This heartwarming school and slice-of-life yuri anime is full of both goofs and uplifting moments that make it a yuri anime worth watching. 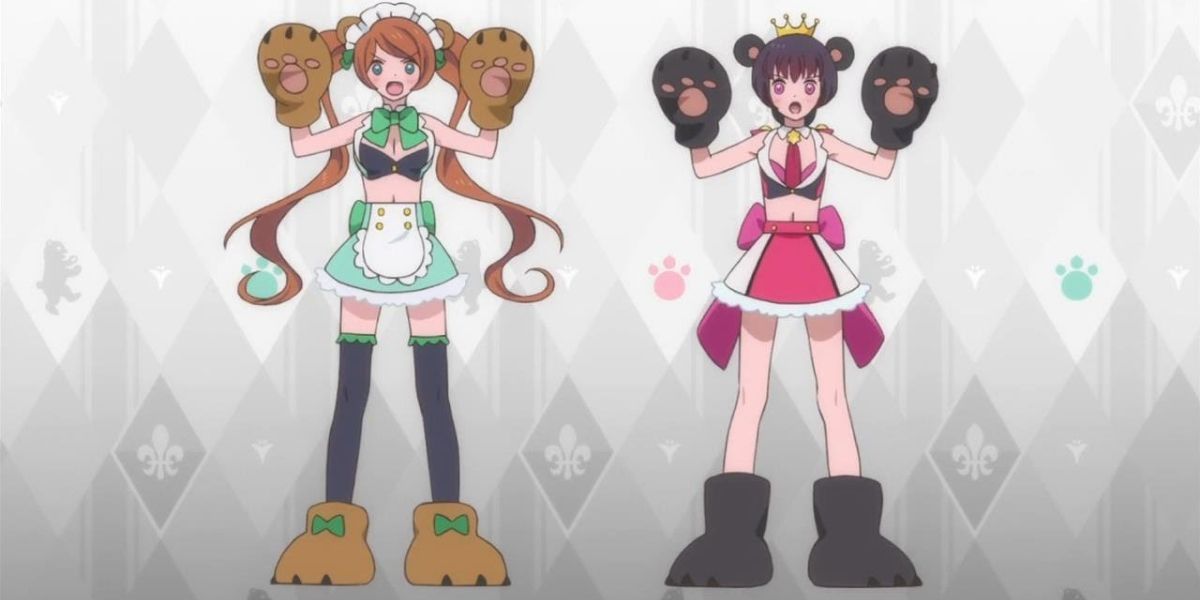 Humanity lives behind a Wall of Severance that separates them from the man-eating bears outside. Kureha Tsubaki hates these bears, but when two sneak inside her school disguised as fellow students, everything she knows will be tested. Secrets will become unraveled. Kisses will be exchanged.

Released in 2015, Yuri Kuma Arashi has an unusual and strange premise. There’s a lot to unravel with its heavy motifs and symbolism; all of this psychological drama’s themes are hidden under several layers of meaning. But at least it’s one-of-a-kind, even among all of the other great yuri anime to have come out of this last decade. 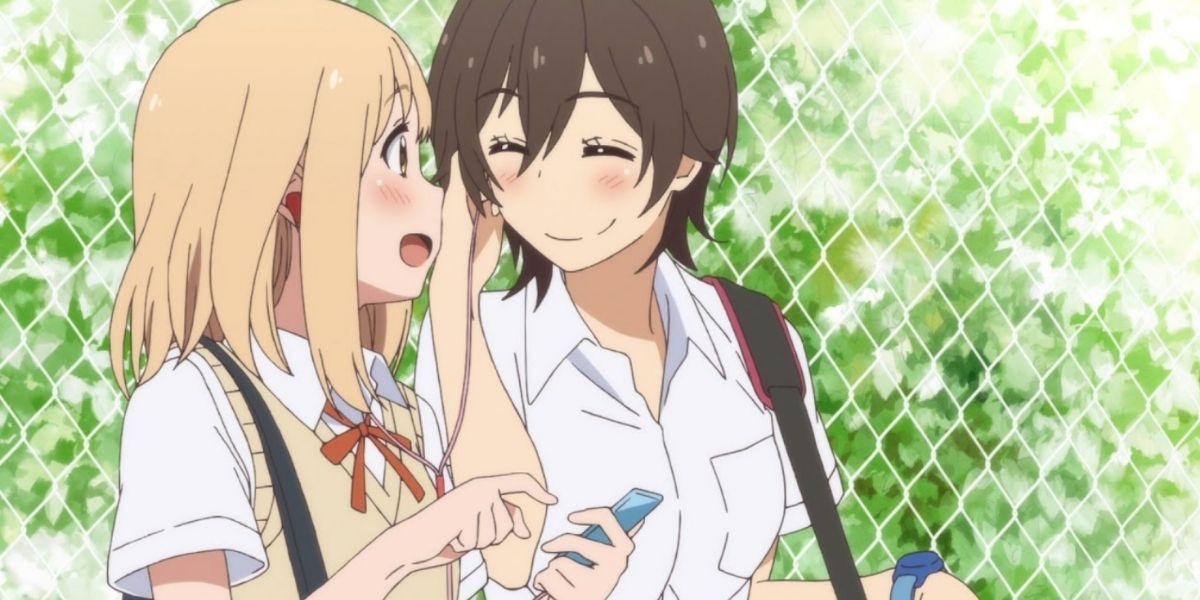 Kase-San and the Morning Glories is one of the cutest OVAs from this last decade. Based on the manga series by the same name, this heartwarming story between local green thumb Yui Yamada and track star Tomoka Kase follows their relationship after they start dating. It’s their last year of high school and with college coming soon, both girls have to make important decisions about their futures.

Adorably animated, this OVA also features an extremely relatable dilemma: Yui knows she isn’t as talented as Tomoka. Tomoka has big dreams as an athlete and wants to continue chasing them in university, but how can Yui follow if she knows she won’t get in? Filled with both hilarious scenes and surprisingly vulnerable conversations, this is one yuri treasure from 2018 everyone needs to see. 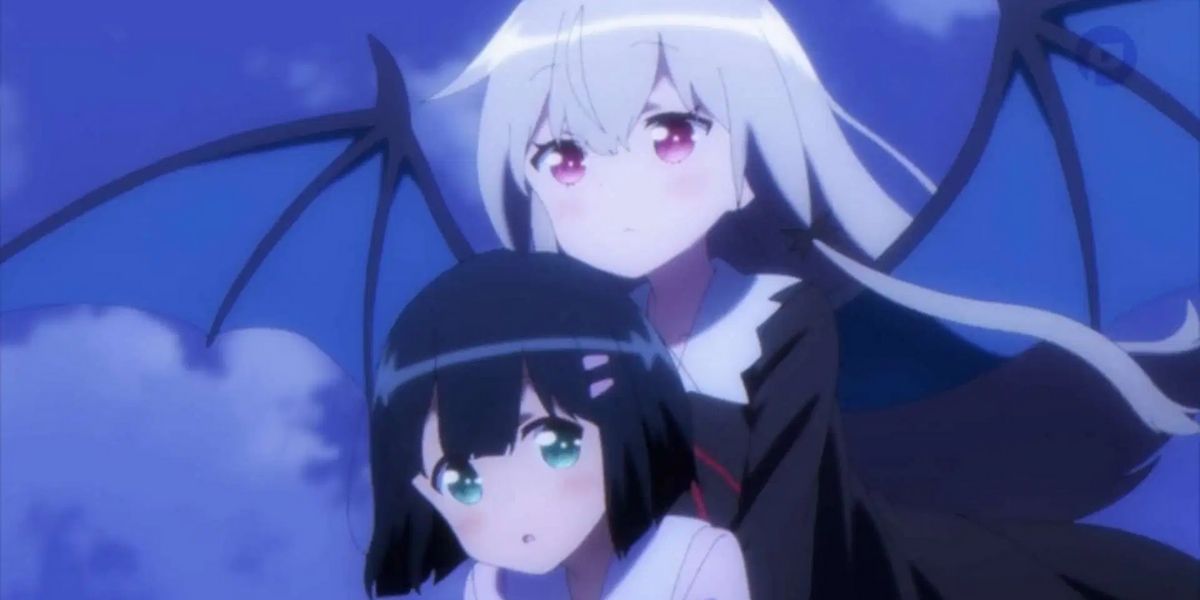 Another cute gift from 2018, Ms. Vampire Who Lives In My Neighborhood follows Akari Amano who, in true lesbian fashion, decides to promptly move in with local vampire Sophie Twilight after being rescued by her in the woods.

Even though Sophie still sleeps in a coffin, it turns out she has some very different mannerisms than the vampires in the legends, such as buying blood online instead of drinking from humans. If you love both moe and yuri, this vampiristic romantic comedy about two very different girls’ lives together and the shenanigans that follow is definitely a must-watch. 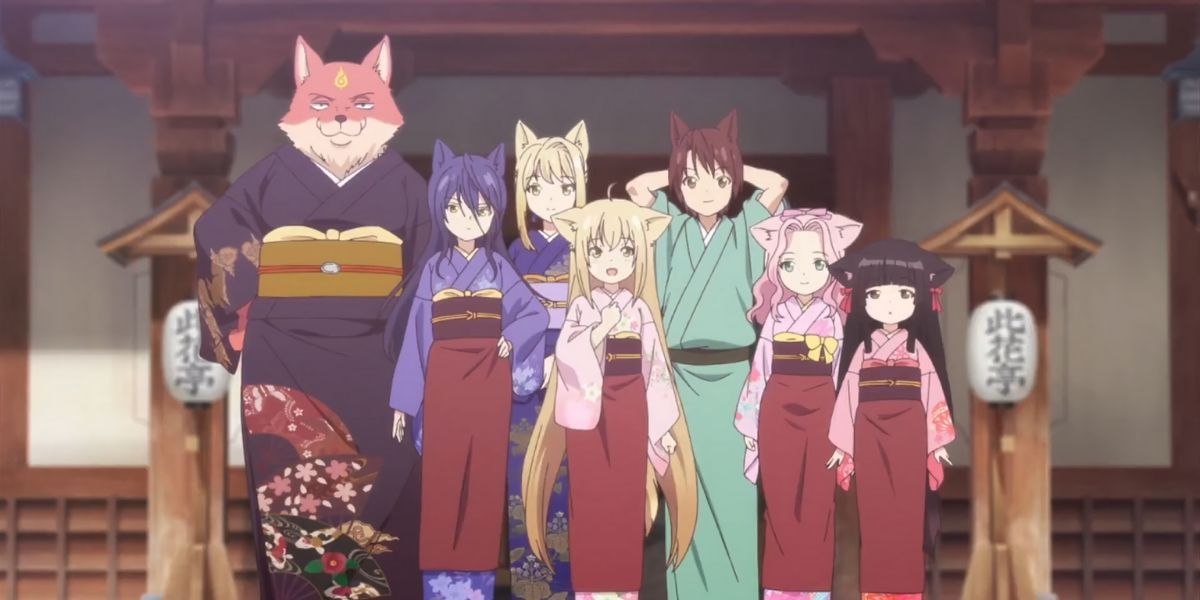 Yuzu is a bright and cheery fox girl who has just got a new job at Konohanatei, a hot springs hotel located in a beautiful and vibrant spirit village. She’s very excited to work there, but sometimes this excitement lands her in trouble. It seems there’s a lot for Yuzu to learn.

As the others at the inn teach Yuzu how to fulfill her new position, she slowly learns more and more about the amazing spirit world she lives in. Konohana Kitan is one fantasy slice-of-life that is easy to consume, unhindered by a complicated plot. What you see is what you get: fox girls having fun working at a hot spring and getting intimate with one another. 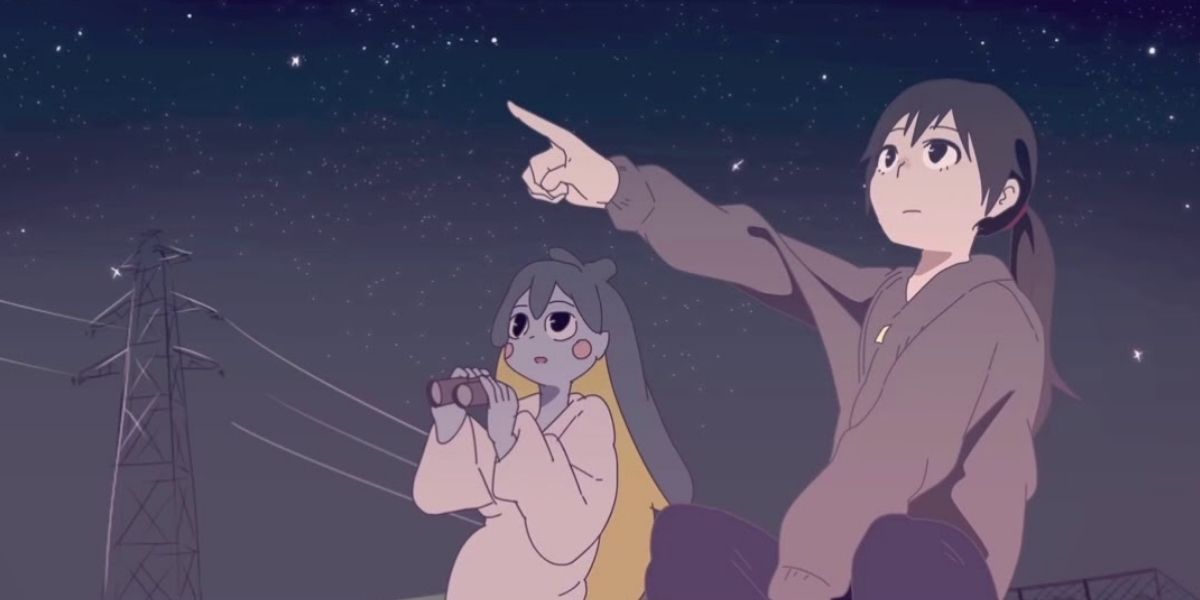 In this powerful ONA short, Kanamewo tells the story of a young woman who finds a tree goddess after crashing her bike in a storm. The tree goddess’ shrine is being torn down for construction, and it seems the destruction is taking its toll on her.

The young woman takes the tree goddess home and cares for her. As they live together with what time the tree goddess has left, their relationship deepens into love. Needless to say, this 5-minute yuri short doesn’t end happily. It’s a heartbreaking, raw look at change, life, and loss. But it is a yuri anime worth watching, with unique animation and amazing music that adds to its emotional weight. 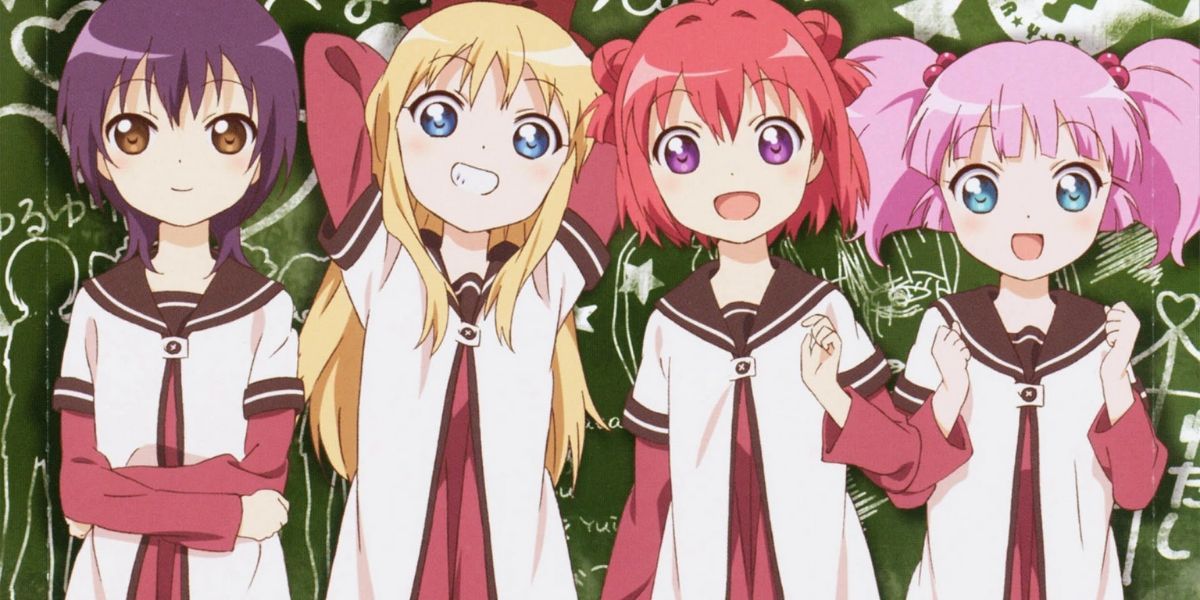 It’s a little ironic that the oldest series on this list, with its first season having aired in 2011, is also the one with the youngest characters. Because of this, it’s also the one with the least amount of actual yuri. YuruYuri follows the four members of the Amusement Club, an after-school group that exists to solely to amuse its members.

Akari Akaza has had a lonely last year in elementary without her older friends. Now that she’s finally in middle school, she’s excited to see them again. She joins their Amusement Club in the hopes of being able to hang out with them. Now, if only they would remember she was there. 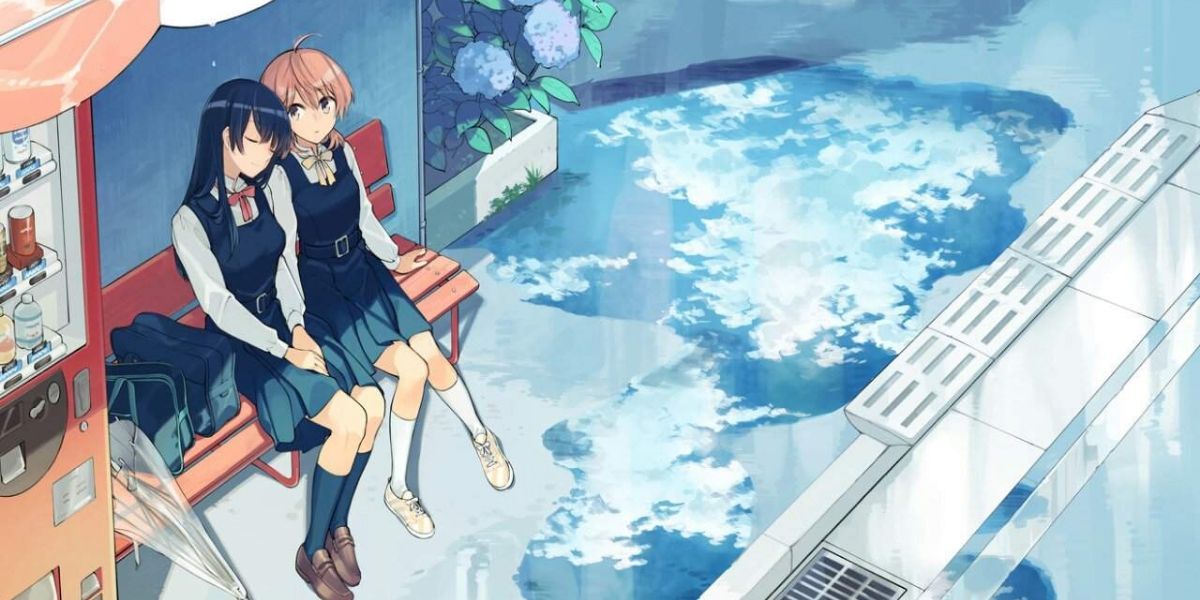 The best yuri anime of the decade is by far the sweet, beautifully genuine and earnest love story of Yuu Koito and Touko Nanami in Bloom Into You. For once, there’s a yuri anime that isn’t focused on slice-of-life or comedy. This is a true love story, and Bloom Into You treats it with the drama and maturity that the best love stories deserve.

For a girl who has always loved classic shoujo romance manga, Yuu feels strangely empty when she finally receives her first love confession. Thinking this means she won’t ever get to experience love at all, Yuu enters high school feeling disheartened. But when the next love confession she receives is from the attractive student council president Touko, Yuu finally realizes she may get the chance to feel something after all.