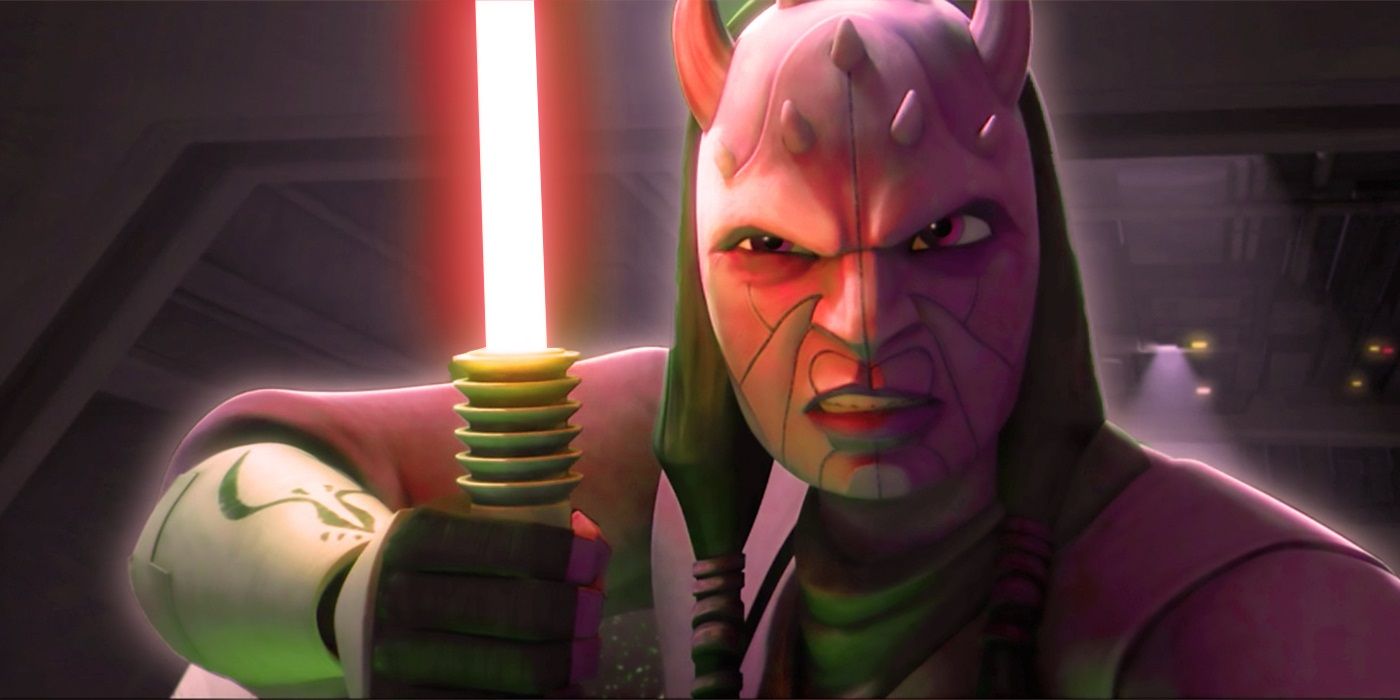 Near the end of Star Wars: The Clone Wars, Master Eeth Koth disappeared — likely removed from the Jedi Council for his Dark Side-leanings.

You Are Reading :Star Wars Theory Eeth Koths Disappearance May Relate to His Dark Side Abilities

Shortly before the end of Star Wars: The Clone Wars, Jedi Master Eeth Koth disappeared from the Jedi Order, and while not confirmed, evidence points to his involvement with the Dark Side. After serving on the Jedi council for years, the celebrated master was mysteriously removed from his position, and Eeth Koth decided to leave the order.

The Jedi do not regularly banish their own, and especially wouldn’t want to get rid of a capable general during the Clone Wars, so something unusual must have happened. All of his life events point to his developing radical ideals that indicate he lost sight of the Jedi way.

Eeth Koth was an Iridonian Zabrak Jedi master in the waning days of the Republic. Unlike most Jedi, he was not brought to the Jedi Temple as an infant. In fact, he was four years old before he was discovered on his home planet of Nar Shaddaa. Consequently, it is possible that Master Koth remembered at least some memories from his early childhood, and this seemingly laid the foundation for his exile later in life.

The reason why Jedi training has to start from almost infancy is so that it can naturalize non-attachment, compassion and selfless service before evil in the world can take hold. While he did not start as late as Anakin, since Master Koth began at four years old, his distant memories probably allowed him to have remnants of selfishness, anger and attachment-based influences inside of him.

Master Koth also endured hardships during the clone war that could have pushed him to the Dark Side. In Star Wars: The Clone Wars Season 2, Episode 9, “Grievous Intrigue,” Koth’s ship was boarded and overwhelmed by General Grievous and his droids. Master Koth confronted the cyborg on the ship’s bridge so that his clones could escape, and he proved a worthy adversary. However, Grievous did not play fair, and his magnaguards saved him. Now outnumbered, Master Koth was easily overwhelmed, captured and tortured.

Even though he was rescued by a team of Jedi, the experience likely haunted Master Koth. The Jedi Path manual is clear that to “dwell in the dark will lead to suffering,” and more than likely that is exactly what happened to Master Koth. Years of frontline warfare combined with this near-death experience likely soured Koth’s views on the Jedi and their means of peacekeeping. He had seen the war prolonged and likely turned to Machiavellian, Dark Sider tactics because, not long before the end of the war, Master Koth was removed from his position on the Jedi High Council.

After being forced out of his role, Master Koth disappeared. Maybe he was forced into exile or maybe he decided to leave the order of his own accord, but he began life as a priest in the Church of the Ganthic Enlightenment and married. Because of this, Koth was able to survive the Great Purge. Of course, Darth Vader and his Inquisitors would hunt him down soon enough, and how Koth responded to them further proves his affiliation with the Dark Side.

When Vader confronts him, in Darth Vader: Dark Lord of the Sith Issue number 19, Koth first denounced his status as a Jedi. “They kicked me off the council, you know. I have no loyalty to the Jedi.” He simply wants to be left alone and even tries to bargain for his life with the lives of his former friends: “I can offer you something. I have CODES. Secret contact frequencies.” He does this because he wants to save his family, but Vader does not comply. The Emperor wanted Koth dead because, as a former Jedi, Koth is an even greater threat.

When Vader does not leave, Koth defends himself, and without his Jedi restraints, Koth fights with his emotions. Vader even comments, “Fear. Anger. Resentment. I sense them in you. You have let yourself feel, Eeth Koth. It gives you power. More than the Jedi would ever have allowed you.” The dark ideas that likely caused his removal from the council finally manifested in actions and emotion as the Zabrak attempted to defend his family; however, he was distracted by the sight of his captured daughter and impaled by Vader – his darkness not as developed as the evil of Vader.