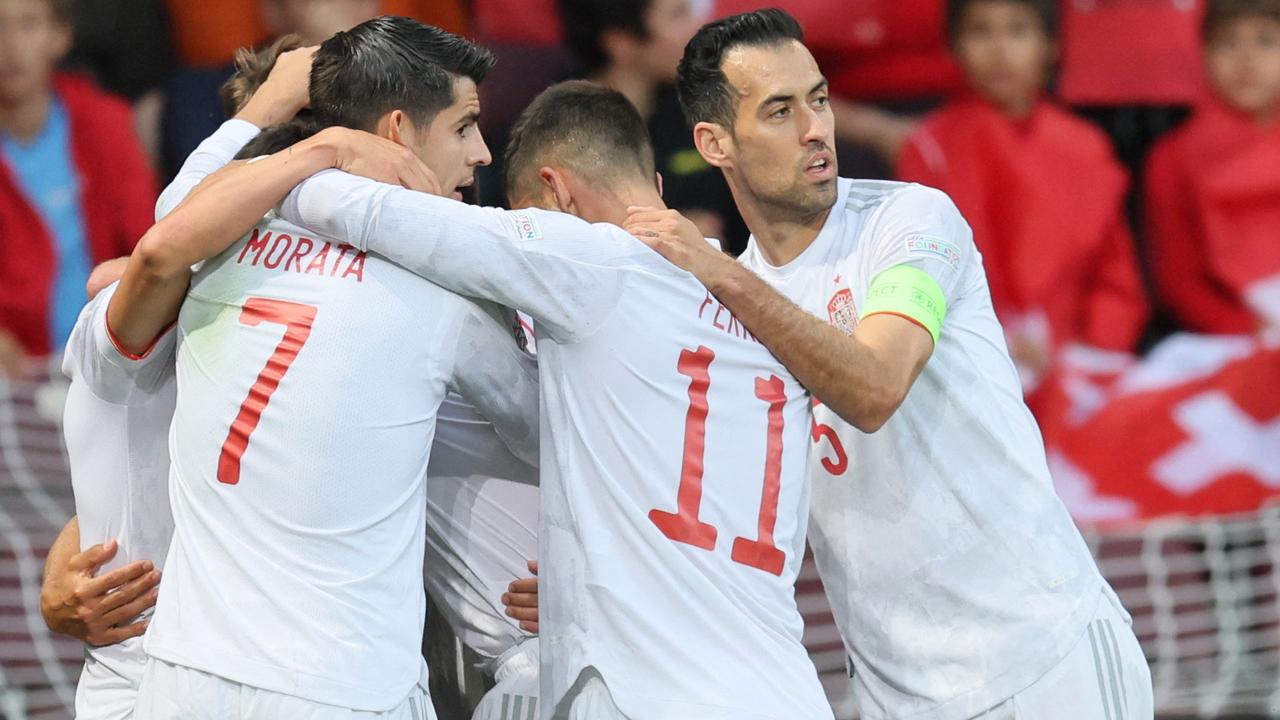 Spain won the Nations League for the first time this year on Thursday visiting Switzerland. Thanks to a goal by Pablo Sarabia, the team of national coach Luis Enrique booked a 0-1 win. In the same group, Portugal was 2-0 too strong for the Czech Republic.

Thirty-year-old Sarabia already determined the final score in the thirteenth minute. On a pass from Marcos Llorente, the thirty-year-old midfielder of Sporting CP tapped in from close by. Sarabia appeared to be offside, but referee Serdar Gözübüyük and VAR Danny Makkelie saw no reason to disallow the goal.

Spain had started the current edition of the Nations League with two draws. A week ago it was 1-1 against Portugal. Due to a goal by Iñigo Martínez, Spain narrowly drew 2-2 against the Czech Republic in injury time on Sunday.

In the same group 2 of Division A, Portugal had little trouble with the Czech Republic. Cristiano Ronaldo started in the starting line-up and played the entire game, but surprisingly was not involved in either goal. On Sunday, Ronaldo had a major contribution to the 4-0 win over Switzerland with two goals.

João Cancelo gave Portugal, where national coach Fernando Santos stood along the line for the hundredth time, in the 33rd minute with a hard shot in the short corner. Five minutes later, Goncalo Guedes made it 2-0. The winger of Valencia was the end station of a nice attack and thus determined the final score.

Portugal will close the international match on Sunday with an away game against Switzerland. Spain will take on the Czech Republic on the same day in Málaga.

Cristiano Ronaldo did not score or provide an assist, but Portugal did win 0-2 against the Czech Republic.

In group 2 of Division C, AZ attacker Vangelis Pavlidis had a share in Greece’s 3-0 victory over Cyprus. The 23-year-old striker, who scored 25 goals in Alkmaar last season, made it 2-0 in the twentieth minute. Dimitris Limnios, the midfielder who was hired by FC Twente from 1. FC Köln last season, determined the final score three minutes after the break.

Dusan Tadic recorded a 0-1 victory over Sweden in group 4 of Division B with Serbia. The 33-year-old captain of Ajax played the entire match. Real Madrid striker Luka Jovic scored the only goal of the game in injury time of the first half.

In the same group, the game between Norway and Slovenia ended goalless. With the Norwegians, Erling Haaland participated the entire match, but he was also unable to make the difference. The Slovenians played with a dozen in the last half hour after a red card for Miha Blazic, who had brought the breakthrough Haaland to the ground.

View all results, the standings and the program in the Nations League