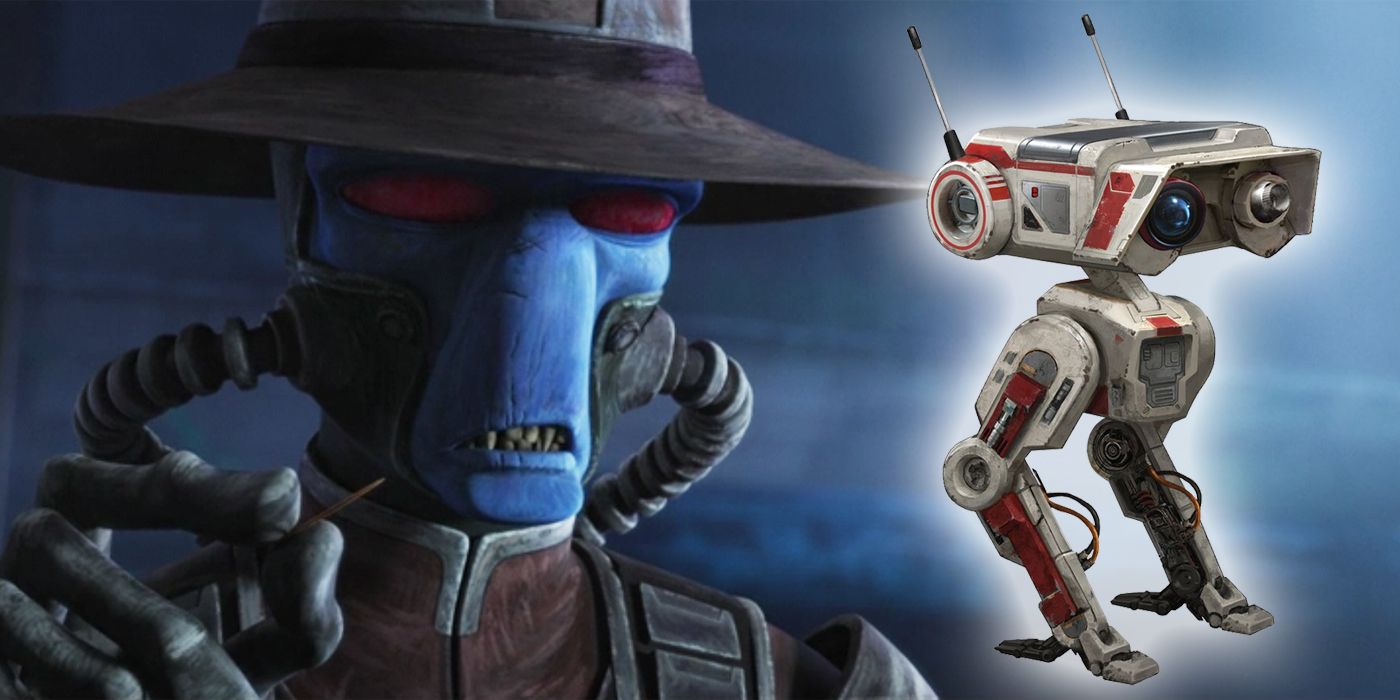 If you are a fan of LEGO, Star Wars, ruthless bounty hunters and loveable droids, one of these rumored sets may be made for you.

Star Wars fans may be about to get two new LEGO sets featuring some fan-favorites.

According to PromoBricks, of the sets slated for a Summer 2022 release, among them are two named “Cad Bane’s Ship” and “BD-1,” respectively. While there are no images of the sets to confirm their release, fans will recognize Cad Bane as a mainstay of the Star Wars mythos, appearing in series like Star Wars: The Clone Wars and Star Wars: The Bad Batch. Meanwhile, BD-1 can be recognized by gamers as the loveable robot companion of Cal Kestis in Star Wars Jedi: Fallen Order.

If the rumors about a new Cad Bane LEGO set are true, fans of the character can rejoice after the last two years of content to spotlight the bounty hunter. Though his duel with Boba Fett remains amongst the unfinished material that never made it into The Clone Wars’ final season, he was brought back for an animated spinoff, The Bad Batch, in 2021. Later in 2022, Bane made his live-action debut in The Book of Boba Fett, with his voice provided by his The Clone Wars’ actor Corey Burton and his physical portrayal done by Dorian Kingi. The rumored LEGO set name of Bane’s ship, the Justifier, follows suit with last summer’s “Boba Fett’s Starship,” which dropped its Slave I moniker for one that spotlighted who the ship belonged to.

The BD-1 set, on the other hand, sounds as though it will be a set similar to the more life-sized Star Wars sets that have been released. Past sets like this include “The Child” (Grogu) from The Mandalorian, “Yoda” based on the titular Jedi Master and the D-O droid from Star Wars: The Last Jedi. In Fallen Order, BD-1 is Cal’s trusted companion, riding on the Jedi’s back as they explore various planets throughout the galaxy far, far away. The droid’s small size makes him a likely candidate for this style of LEGO set.

As of writing, there is no word on when we might see these two characters again. Though BD-1 will likely appear in the upcoming sequel to Fallen Order, it remains unclear on whether Cad Bane might return to either live-action or animation. The Bad Batch will be getting a second season, so there is an opportunity there, but in The Book of Boba Fett, he was seemingly killed by Tatooine’s new Daimyo — by being stabbed in the chest with a gaffi stick.

Fans will have to wait for the summer to see if these sets become a reality. Until then, Star Wars Jedi: Fallen Order is available to purchase, with the entirety of The Book of Boba Fett streaming on Disney+.