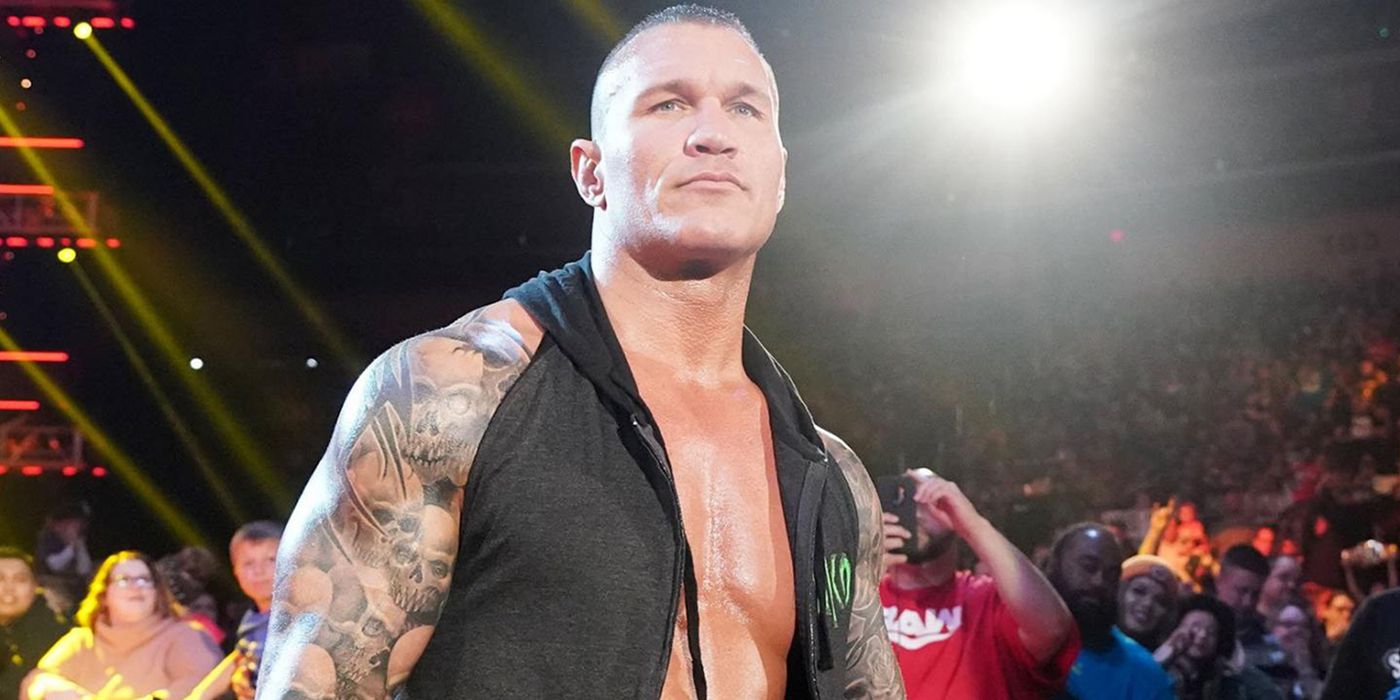 Randy Orton attacked Alexa Bliss in the main event of WWE Raw, where he fully revealed his burned face that he suffered at the hands of Bliss.

Randy Orton made his return to WWE Raw in its final moments Monday night, as he revealed his burned face in an attack against Alexa Bliss.

Asuka, Raw Women’s Champion and WWE Women’s Tag Team Champion, faced Bliss in the Raw main event. It was a rematch from the previous week, where Bliss unleashed her newfound dark side to upset Asuka. Just as Bliss was applying the Mandible Claw on Asuka, Randy Orton and his burned face appeared from behind Bliss to deliver an RKO.

This is one of the rare times that a male WWE Superstar has gotten physical with a female wrestler in recent years. The last time this happened was during an Extreme Rules Match between Seth Rollins and Becky Lynch versus Baron Corbin and Lacey Evans at 2019’s WWE Extreme Rules. Near the end of the match, Corbin hit Lynch with his End of Days finishing move, though Rollins and Lynch would ultimately come up victorious. There have been other intergender matches since WWE Extreme Rules, but they have featured female superstars going on the offensive against their male counterparts.

A previous episode of Raw ended with Alexa Bliss shooting a fireball directly into Randy Orton’s face, which sent him rolling around the ring in pain. This is all a part of Orton’s long, fierce rivalry with “The Fiend” Bray Wyatt, who has been out of action since Orton lit him on fire in a “Firefly Funhouse Inferno” at the TLC event. When Orton returned to Raw, his face was covered with a white mask with slots for his eyes, nose and mouth to protrude, which gave a brief look at the singed skin that lies underneath.

“I know everyone in that locker room enjoyed seeing my face burnt to a crisp, knowing their biggest threat may have just been eliminated from competing in the Royal Rumble match,” Orton said. “You can chop off all my limbs, and it wouldn’t stop me from winning this year’s Royal Rumble match.”

He added, “Despite my sickening affliction, I vow to remain in the #RoyalRumble Match. I can only compete as long as I tolerate the pain, but … I enjoy the pain.” Orton ended his promo by lighting a match and staring at it longingly, before finally blowing it out.

Orton will be a part of the main event at Royal Rumble, which will see 30 men compete for an opportunity to headline WrestleMania. Current WWE Champion Drew McIntyre tested positive for the coronavirus (COVID-19), but has quarantined and will be available to face Goldberg at Royal Rumble.