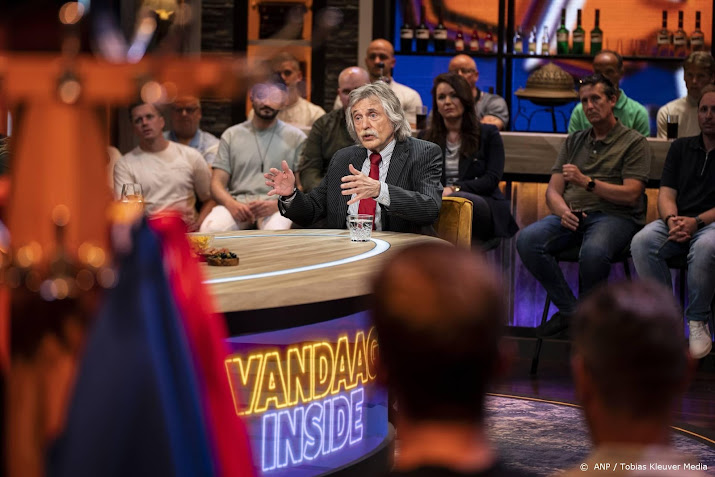 Today Inside returned to television on Monday after two weeks. On April 29, Johan Derksen, Wilfred Genee and René van der Gijp decided to stop after a fuss arose about a confession by Derksen. He said he penetrated an unconscious woman with a candle half a century ago. Derksen later recanted his story, saying that no penetration had taken place after all. After talks with Talpa, the men decided to continue with the program. In Monday’s episode, Derksen stated that he will not say sorry, but that it has not been his intention to hurt “people who have been really affected by sexual violence”.