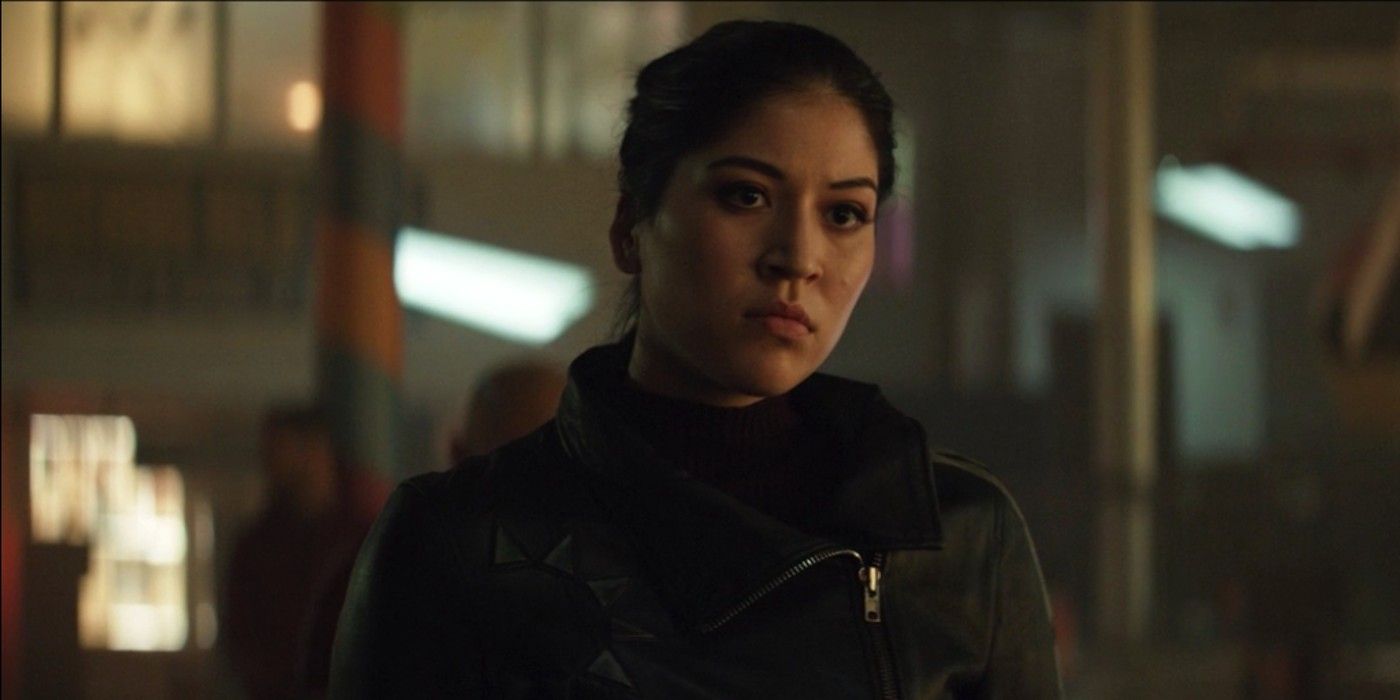 You Are Reading :Marvels Hawkeye Spinoff Echo Gets a New Working Title

According to One Take News, the working title for Echo, which will star Alaqua Cox as Maya Lopez/Echo, is “Grasshopper.” This is different than earlier reports that the series’ working title was “Whole Branzino,” but Marvel Studios is known for having more than one working title for a given project. The series will also reportedly begin filming in April 2022.

Marvel Studios routinely uses working titles as placeholders for its upcoming films and TV shows to maintain as much secrecy as possible. Other recent working titles for the Marvel Cinematic Universe include “Jambalaya” for Secret Invasion, “Stellar Vortex” for Doctor Strange and the Multiverse of Madness, “Dragonboat” for Shang-Chi and the Legend of the Ten Rings and “Goat Rodeo” for Ant-Man and the Wasp: Quantumania.

Plot details surrounding Echo remain scarce, but Maya Lopez/Echo was introduced in the Disney+ series Hawkeye, as the commander of the Tracksuit Mafia and the adoptive daughter of Wilson Fisk/Kingpin (Vincent D’Onofrio). It was reported in March 2021 that Echo was in development, with Etan and Emily Cohen writing and producing the series with Daredevil and The Punisher writers, Dara Resnik and Ken Kristensen, joining them.

While it had been reported on for some time, Echo was officially confirmed by Marvel Studios and Disney during Disney+ Day 2021 with the release of the series’ official logo. Since Echo is intended to tie directly into the events of Hawkeye, it has also been reported that both Jeremy Renner and Hailee Steinfeld will reprise their Hawkeye roles in the series as well.

“She’s amazing,” Marvel Studios president Kevin Feige said of Cox. “I can’t wait for people who’ve seen the first two episodes to have seen a very brief moment. It will be fun to see the audience discover Maya over the course of this series and then in her own series later. As announced on Disney+ Day last week, the Echo series will be — we see Maya Lopez go from the end of this series into that series will be the next direct link.”

Created by David Mack and Joe Quesada, Maya Lopez/Echo first appeared in Daredevil #9 in 1999 and is one of the few Native American and deaf characters in comics overall. Similar to the Avengers villain Taskmaster, Echo’s powers include photographic reflexes, giving her the ability to perfectly mimic the movements of other people. Echo was first introduced to comics as a supporting character for Daredevil and it’s speculated that this could lead to an appearance from Charlie Cox’s Matthew Murdock/Daredevil.

Echo has yet to receive a premiere date.