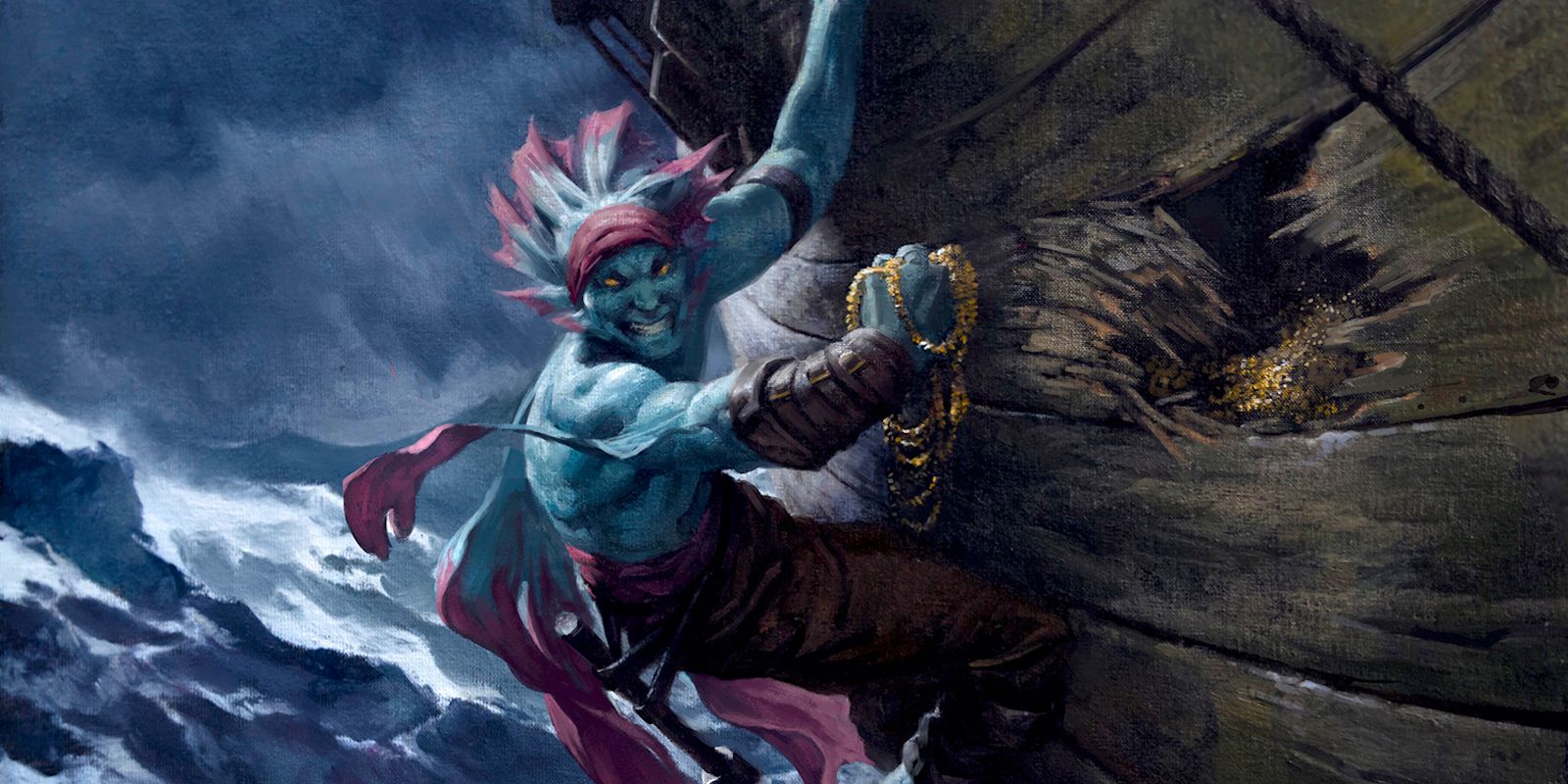 Magic: The Gathering’s latest ban comes to its Commander format, as the Rules Committee removes Hullbreacher, a problematic combo piece.

You Are Reading :Magic The Gathering Commanders New Problem Card Is Now Banned

The card Hullbreacher is now banned in Magic: The Gathering’s Commander format, per the decision of the format’s rules committee.

As per the ruling of the Commander Rule Committee, Hullbreacher, a 3/2 for three mana card, will no longer be allowed in the format. The reason for the ban is due to the card’s ability to over-produce mana and deny opponents an opportunity to counter.

Whenever a player draws more than one card in a turn, Hullbreacher turns it into a treasure for the controlling player. That sounds innocuous, but quickly gets nasty when paired with what players unofficially dub “wheel” effects. Any card that causes players to discard their hand and draw a new one is a wheel, named after the first card with that effect, Wheel of Fortune.

Currently, Windfall is the most popular in-format option due to its lower price and more advantageous color, but there’s a whole host of wheel effects for players to combine with Hullbreacher. The effect can be devastating, as the opponent’s hands are reduced to one card each and the controlling player quickly gains roughly twenty treasures.

Pulling off such a combo usually means victory within a few turns, as Hullbreacher’s controller uses their newfound wealth to power out game-ending threats. Similar combos have existed before in the past, but never with Hullbreacher’s startling efficiency and instant speed. 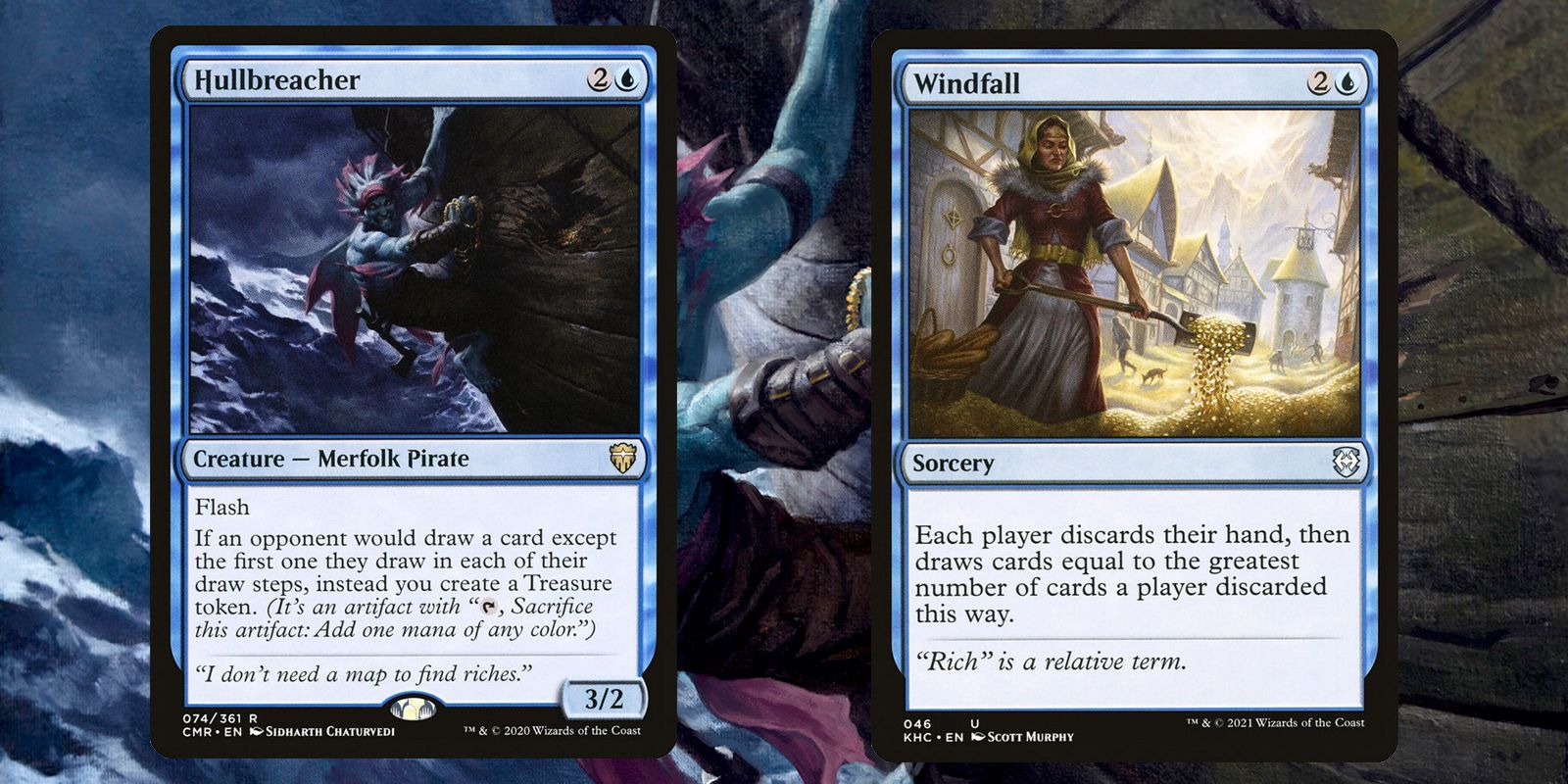 Those two factors are the reasons for its current exodus, according to a post from the Commander Rules Committee. The card’s closest equivalent, Notion Thief, requires players to also include black mana in their decks, while Narset, Parter of Veils can only be cast on its owner’s turn.

Hullbreacher’s instant speed, low cost, simple colors and treasure production make it unreasonable for Commander players to deal with. This is true for casual and competitive play, so the only surprise regarding its banning is that it comes seven months after the card’s initial release.

Wizards of the Coast, the developer behind Magic: The Gathering, has banned cards from Magic’s Standard and Historic formats with increasing regularity over the last few years. Bans to Standard used to be rare, but the game’s player base has since learned to expect the semi-annual removal of problem cards from the game’s most popular constructed formats.

Bans in Commander are a different matter altogether. Unlike other formats, Commander’s rules are outside of the purview of Wizards of the Coast. While Wizards prints the cards, the legality of those cards is determined by the format’s rules committee.