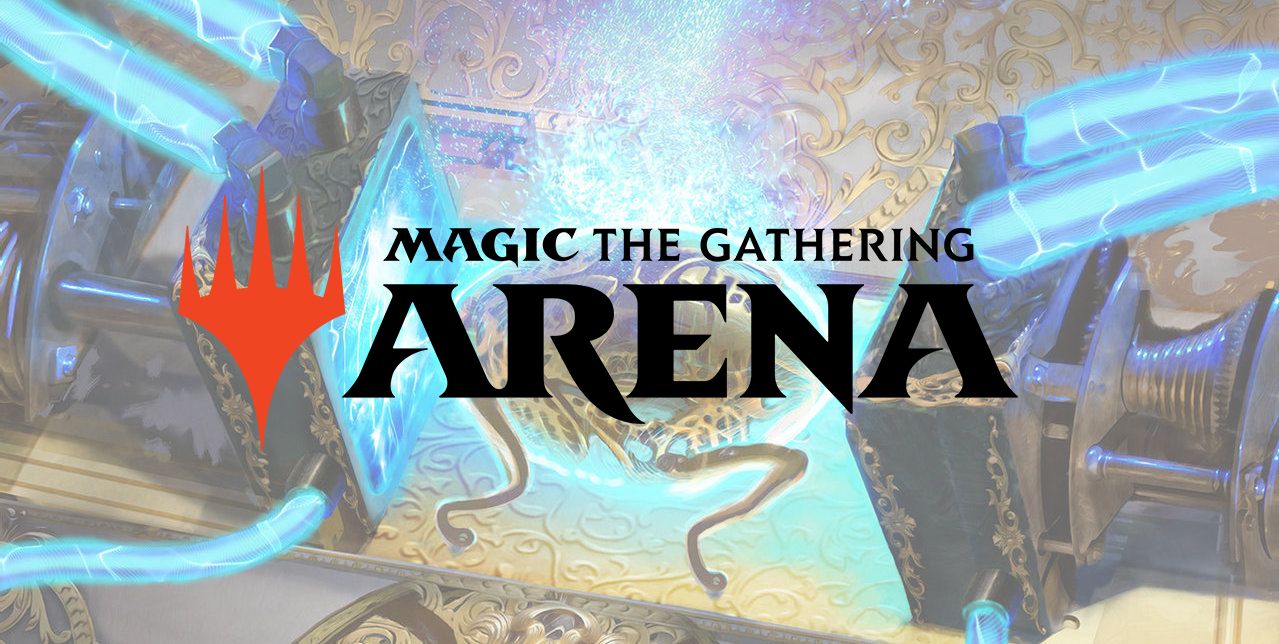 Magic: The Gathering Arena makes a perfect leap to mobile platforms, but the new way to play the game doesn’t solve any of its existing flaws.

You Are Reading :Magic The Gathering Arena On iOS Is The Game In Miniature — For Better or Worse

The mobile client for Magic: The Gathering Arena has been in the works for a long time now, originally being announced early last year. After a year of hype and anticipation (including one major pushback of its release date), Magic players will finally be able to experience the game wherever they are — on the bus, while waiting at the doctor’s office or even while traveling. While certain factors make that utility a bit less apparent, it’s still important to take a look at Wizards’ latest offering, which offers another avenue to play the decades-old game so many fans are fond of.

As it exists in its current beta state, Arena on iOS is just like it is on desktop. That sounds like too obvious a generalization, but it isn’t easy to pick at how it plays. The game runs smoothly and lets players experience Arena’s slick graphics with a smaller form factor. Magic is a fairly complex game, and as such, it makes sense to be concerned about how a lack of screen real estate would affect a newcomer’s enjoyment. Arena (as before) solves this problem with a fairly robust tutorial, consisting of initial battles against various opponents and then a semi-optional color challenge (players need only complete one color’s worth of challenges to access full multiplayer). 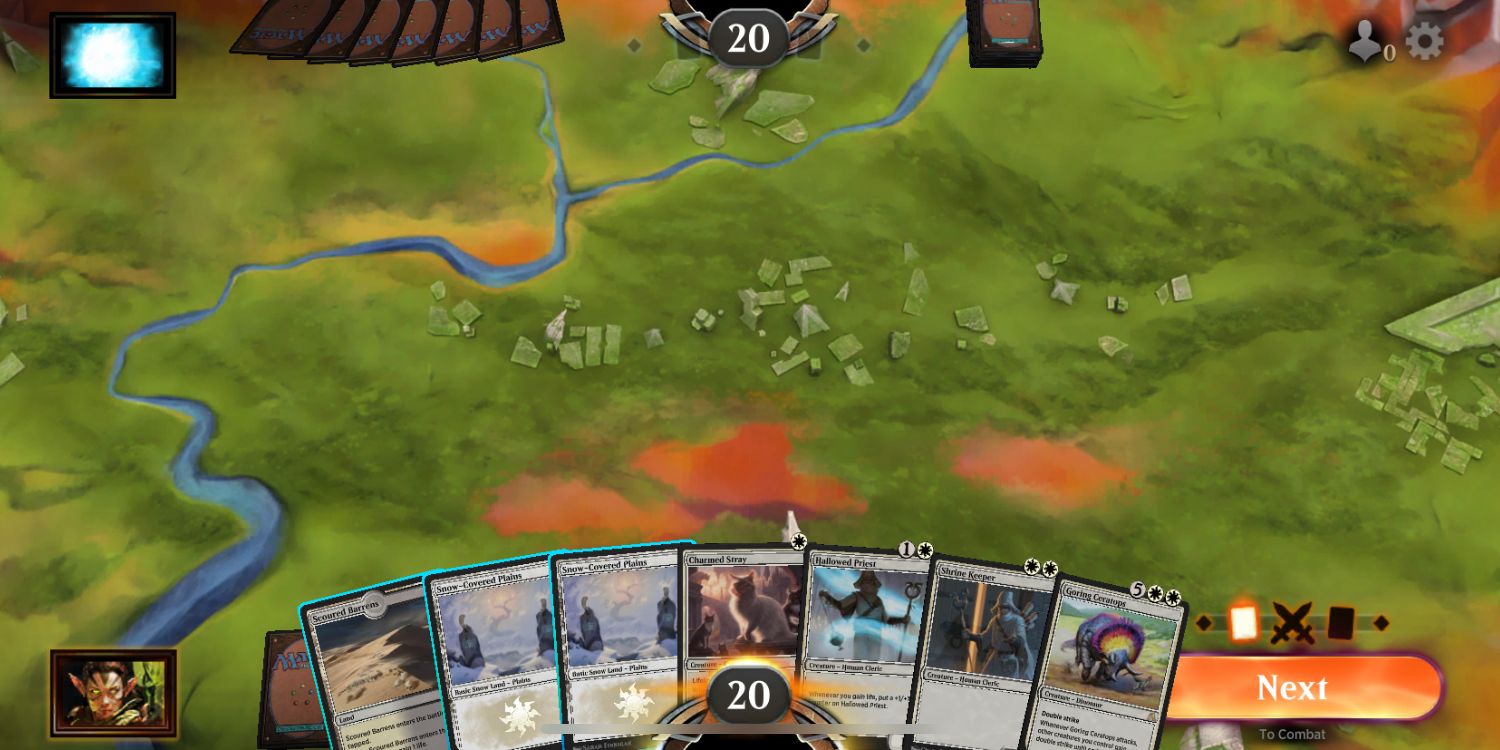 Tapping on any card brings up its full text, with any keywords helpfully explained on the right-hand side. This also gets rid of any memory issues since the computer tracks any changes made during the course of the game. Someone picking up Arena for the first time on their phone only has to focus on wrapping their head around the game’s basics. This lays the framework for a potentially huge surge in the game’s player base, as casual fans of other mobile card games (like Hearthstone or Legends of Runeterra) pick up the card game they’ve heard so much about.

Of course, those players are likely to hit a wall sooner or later — the game’s economy. Despite the near-flawless technical transcription of Arena’s best qualities, the mobile version can’t help but come with its flaws as well. Players are given a generous start with the fifteen preconstructed decks that are available, but none of those decks are of especially high quality. Those wanting to dive into Standard will need dozens of rare and mythic rare wildcards, all for a format that sees massive shake-ups due to bans and the dreaded standard rotation. 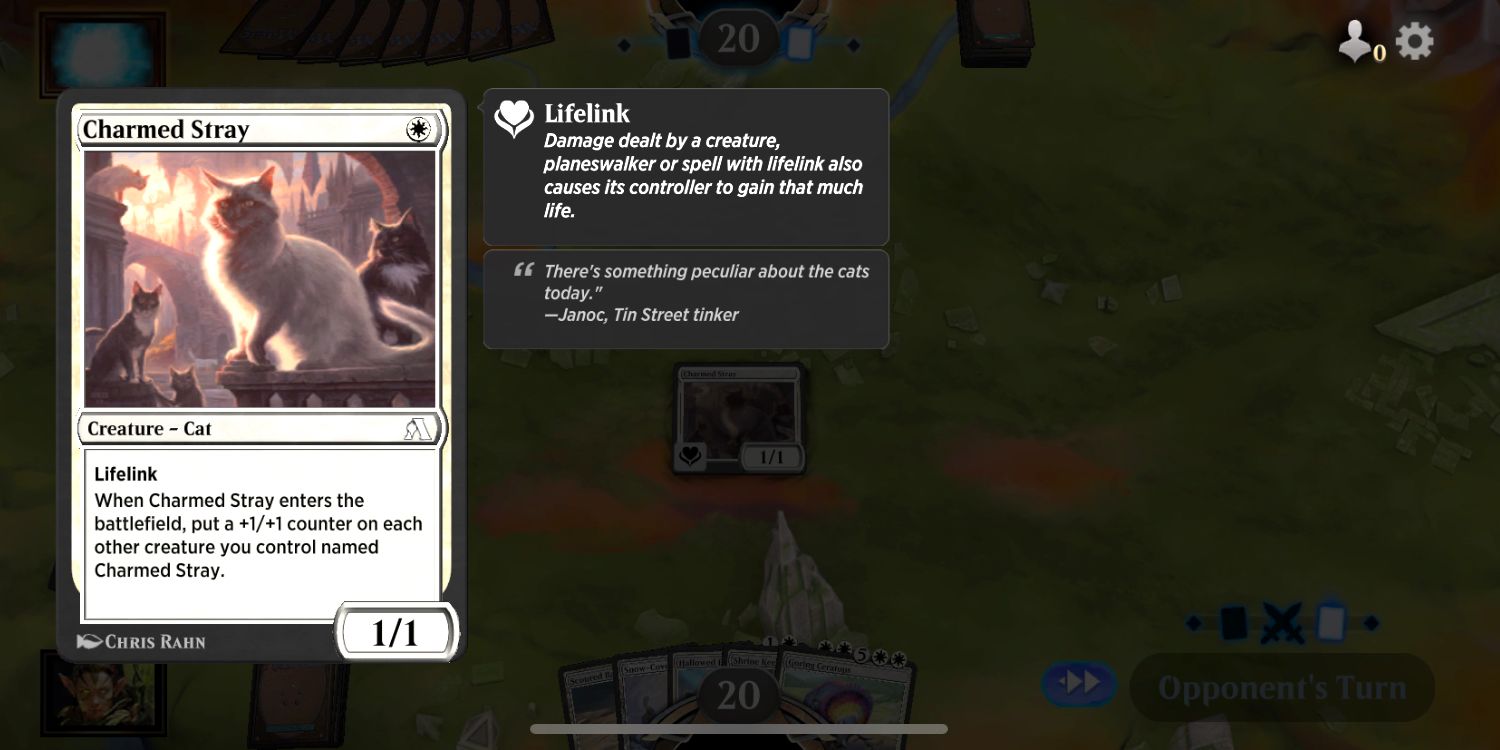 Anyone who wants to avoid this can try Arena’s only non-rotating format, Historic, but they’ll soon find that its metagame can be prone to just as many shifts over time. Cards bought today can be useless in a year or even less, depending on what new deck starts to dominate the format. Unlike the paper version of the game, Arena has no “refund” option for a player’s cards. Those who buy in are stuck with what they have. This is an option some other digital card games have ways to mitigate (Hearthstone lets players “disenchant” cards), but Arena has no such release. Until developers consider a serious overhaul of the game’s economy, it’s unlikely to live up to its full potential.

But for those already bought into Magic’s ecosystem, the mobile version of Arena is a fantastic value-add to the desktop version of the game. With the exception of deckbuilding (which can be a bit hard to navigate on such a small screen), the game functions flawlessly. Of course, that might not continue to be true. An influx of traffic could dampen the entire Arena experience (on mobile and desktop) upon the beta’s release, at least until Wizards builds up the capacity to handle the new stress. But that’s just one possible outcome — the only way to figure out if Arena works is to give it a try for yourself.