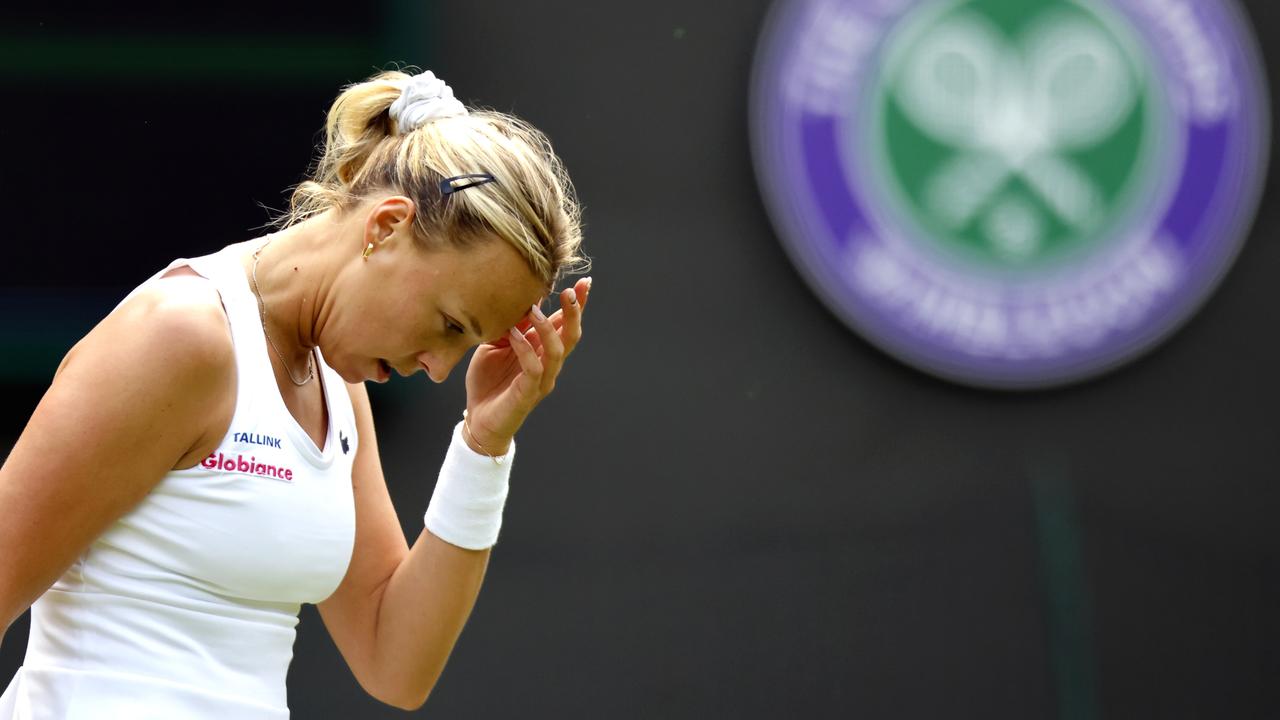 Anett Kontaveit has already been eliminated in the second round at Wimbledon on Wednesday. The number two on the seeding list lost in two sets to Jule Niemeier: 4-6 and 0-6. Garbiñe Muguruza, the 2017 winner, and crowd favorite Emma Raducanu were also eliminated.

The 22-year-old Niemeier, the number 97 in the world, finished it on Court 1 after 57 minutes with a love game. Kontaveit ended the game with a miss with her backhand, her 21st needless foul of the game.

For the 26-year-old Kontaveit, the elimination does not end her mediocre series at Wimbledon. The number three in the world never got further than the third round in her previous seven participations. Last year she already lost in the first round.

Due to the surprising victory, Niemeier is in the third round of a Grand Slam tournament for the first time. She made her debut at Roland Garros last month on the highest podium. In the next round she will meet the winner of the match between Anhelina Kalinina and Lesia Tsurenko.

Muguruza loses without a chance in first round

For the ninth-seeded Muguruza, the curtain even fell in the first round. The Spanish, who was too strong for Venus Williams in the final in 2017, lost 4-6 and 0-6 to the Belgian Greet Minnen.

The match was halted immediately after the first set on Tuesday due to darkness falling, meaning the players had to go back on track on Wednesday. Muguruza couldn’t get into her rhythm at all and was swept off the track by the number 88 in the world within nineteen minutes.

Raducanu was also unable to break any pots to the disappointment of the audience on the center court. The nineteen-year-old British, who surprisingly won the US Open last year, had little to say against the French Caroline Garcia: 3-6 and 3-6.

Iga Swiatek is the highest placed player at Wimbledon. The Polish number one in the world will play against Lesley Pattinama Kerkhove on Thursday. The Dutch participates in the grass tournament as a so-called lucky loser.