Jürgen Klopp thought for a moment that City had lost the lead: “But quickly heard that it was not 3-3” 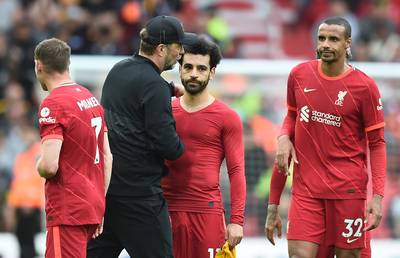 According to coach Jürgen Klopp, the football players of Liverpool get extra motivation from the lost title battle with Manchester City. The ‘Reds’ finished 1 point behind City in second place in the Premier League. ,,This only increases the desire to win the Champions League on Saturday,” Klopp said after the final game against Wolverhampton Wanderers (3-1).