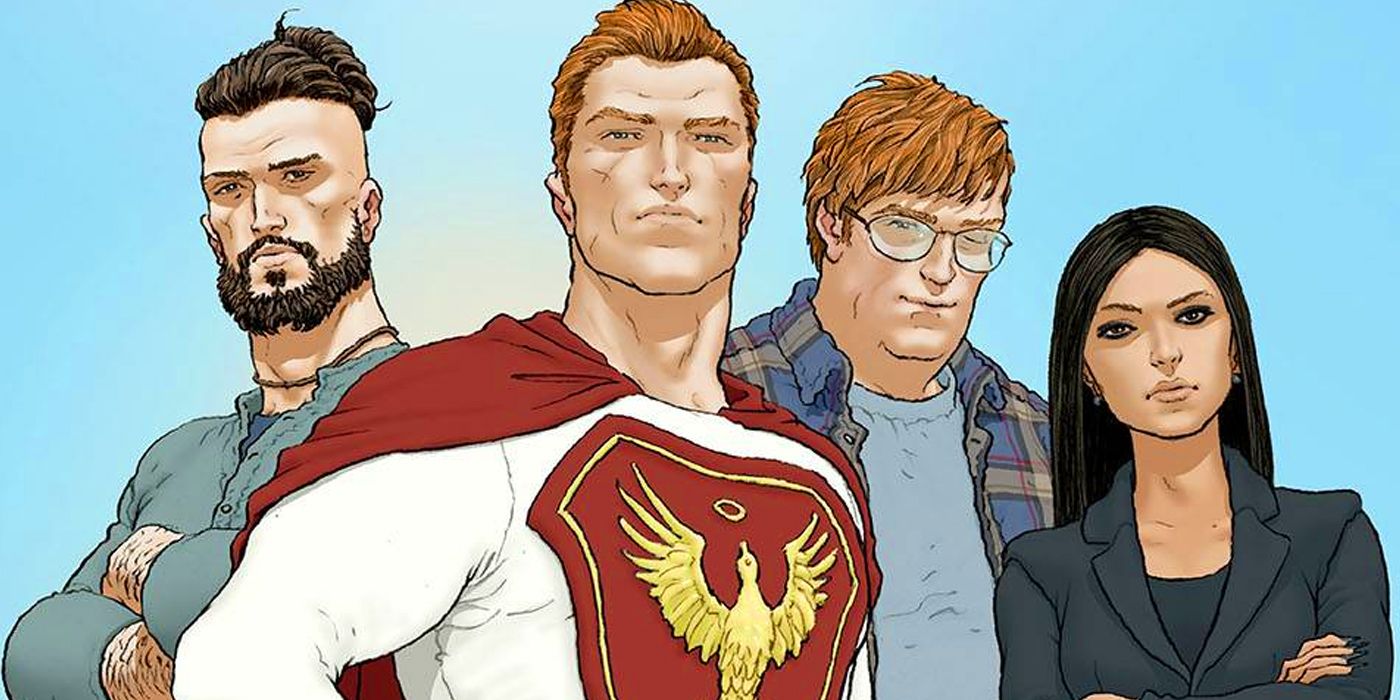 Netflix’s Jupiter’s Legacy series may have ended for now, but a new generation of heroes inspired by the Utopian has risen up in comics.

You Are Reading :Jupiter’s Legacy Requiem Reveals What Happened to the Netflix Show’s Next Generation

While the Jupiter’s Legacy Netflix series may have met an unexpected end, the legacy of the Utopian and the franchise’s other heroes is still flying high in comics.After detailing the exploits of two generations of heroes, the Jupiter’s Legacy comics have taken a step into the future and shifted their focus to the new generation of heroes.

After killing Walter and bringing down his global empire, Hutch took on the role of Skyfox, with Chloe becoming Lady Liberty in honor of her mom, Grace. Their son, Jason, became the new Utopian, hoping to live up to Sheldon’s name and prove to the world his grandfather carried on through him. And in Jupiter’s Legacy: Requiem #1 these heroes are all up to in the future of 2051. 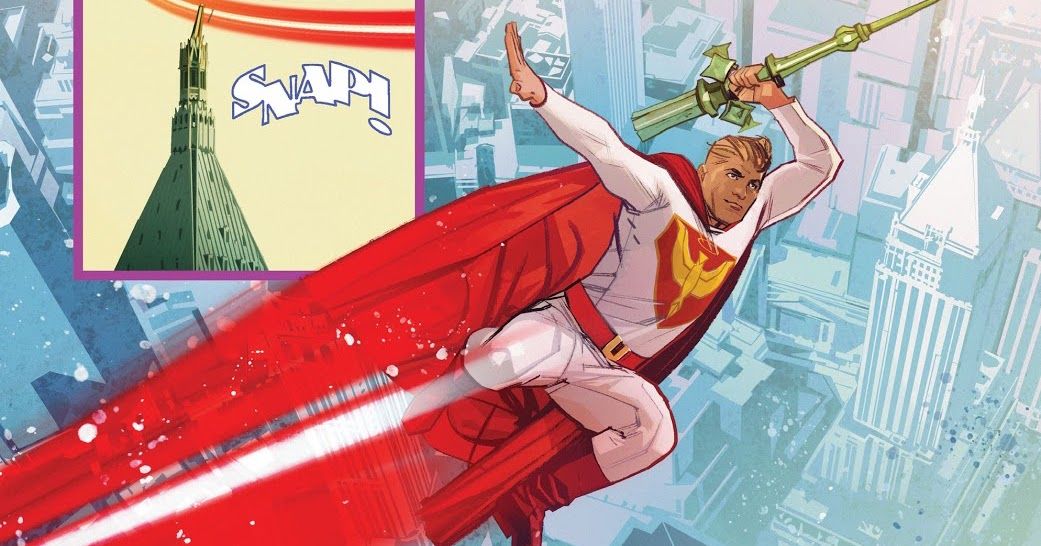 Jason Hutchence is following in Sheldon’s footsteps as he wants to be the Superman surrogate that the world deserves. It’s an era of peace, though, thanks to his mom’s Gormal-Sampson company, which is heavily focused on using technology to aid climate change. But when a young hacker becomes a weather wizard a takes control of her satellites to cause environmental disasters, Jason stops him, making it clear that he’s the true leader of the Union.

He looks up to his mom a lot still, but when Chloe heads off to another world after a distress beacon, Jason shows a potentially sinister side. He’s interested in following Skyfox’s footsteps as well, finding out why the first generation was given powers by aliens on the Island. Unfortunately, he seems obsessed by this, not even caring for his siblings as he thinks this is the real mystery he was meant to solve.

Sophie Hutchence didn’t buy into Chloe’s legacy of superheroes, ignoring her mom to focus on company business. Sophie is a main reason things are lucrative, but she does have a soft spot for Jason. He exploits it by using her mental probing powers to dig up Walt’s grave and surprisingly fresh corpse. They enter his memories to find out more about the Island, but they found a shock.

They discover the aliens mutilated their grandparents and seemingly sent back altered beings, so it’s going to be interesting knowing the toll this will take. Chloe won’t like what they did and the situation will likely get testy when she and Sophie clash.

Since his brother Barney Hutchence is an unpowered civilian, the other active sibling is Otto, who broke away from the Union to cause civil unrest and promote social issues. He hates society’s superficial ways and partners with rogue heroes like Jordan’s Powerhouse to protest, as seen with their Manhattan demonstration. With his nefarious uncle Brandon out of jail, Jason approaches him to be a mentor.

Hutch has been a terrible father-figure after the divorce from Chloe, and he’s out on the comic con circuit to make money. Thus, Otto wants to fill that role with Brandon, but the uncle’s converted to Buddhism and he’s got no interest in another reckless venture. He leaves Otto hanging to go find his own estranged son and try to be a better father than Sheldon was to him. 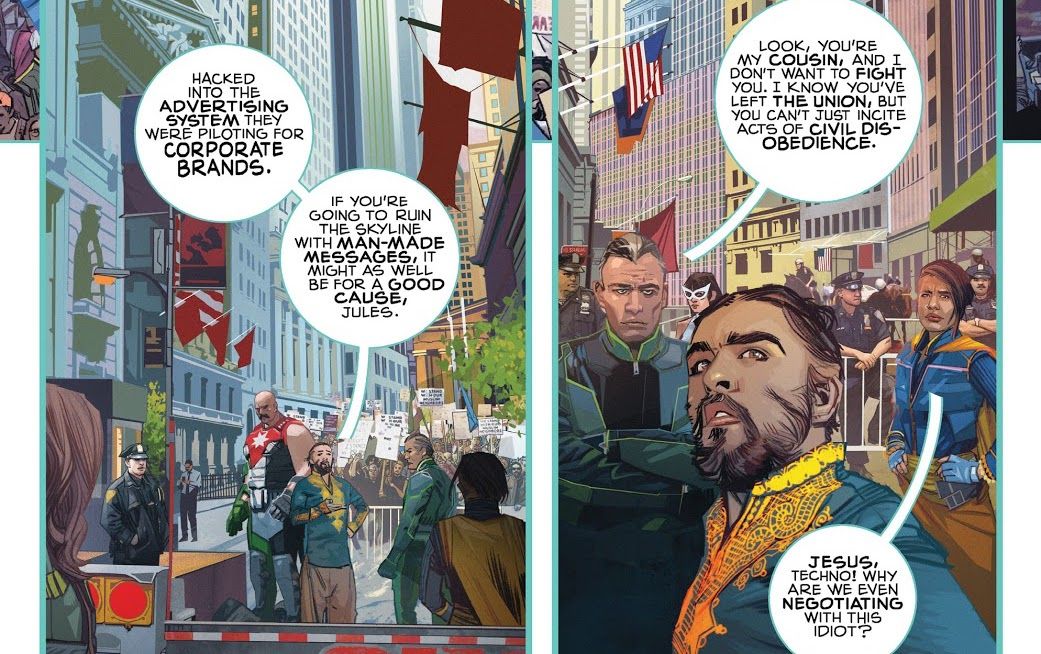 Jules was a villain in Jupiter’s Legacy, following his dad, Walt, to the tee. He was a handful but he found redemption after being incarcerated. He’s the one who tries to quell the disobedient Otto in New York, not wanting to embarrass him in public as he’s family.

It looks like he’s a senior member of the Union who Jason trusts to keep the peace. Clearly, Jules believes in the code once more and isn’t interested being a tool of fascism again, like how he and Brandon were used by Walt.