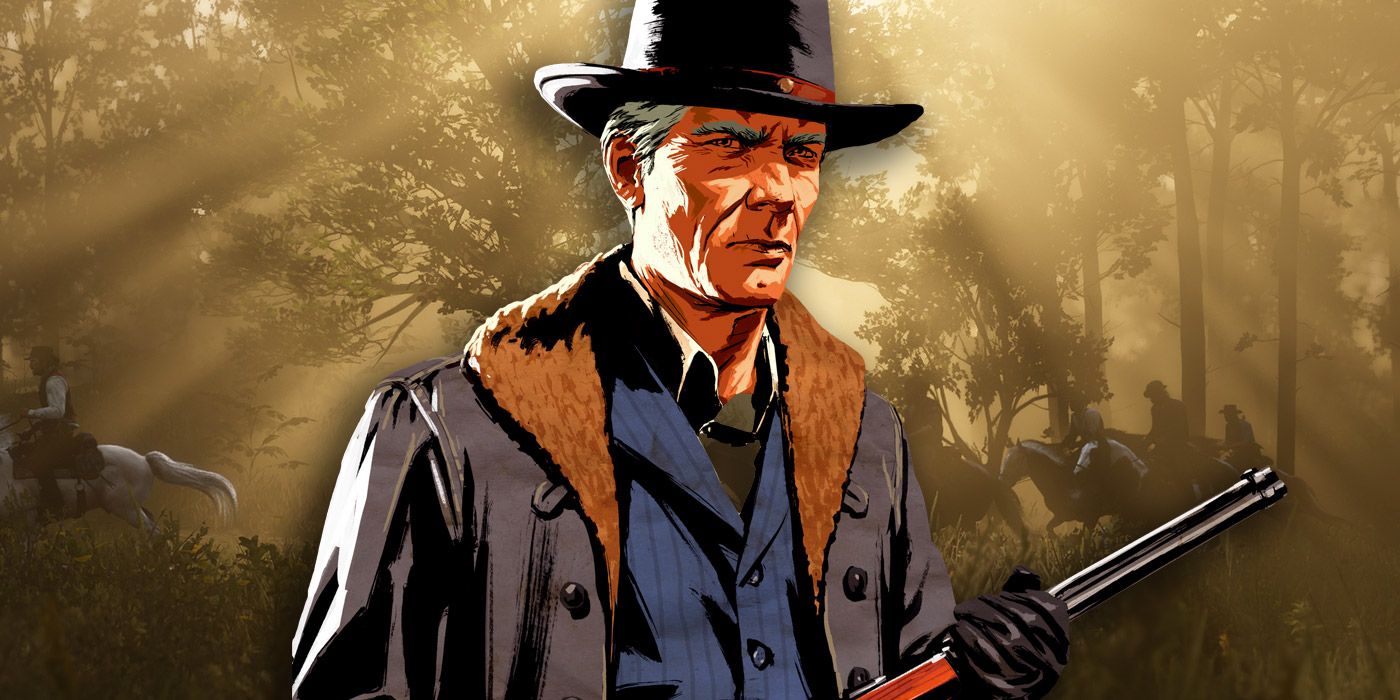 Some fans want Red Dead Redemption 3 to star Sadie or Jack, but Hosea Matthews might be the best character to take the series’ themes further.

You Are Reading :How Red Dead Redemption 3 Starring Hosea Could Work

There’s been plenty of discussion amongst Red Dead fans about which character seen in the series so far would make the best protagonist for Red Dead Redemption 3. Many want to follow Sadie Adler in her bounty-hunting years, while others want to know what happened to Jack Marston after he avenged his father at the end of the first game. There’s one rarely-discussed candidate, however, who might fit the themes of Red Dead Redemption better than the competition.

Hosea Matthews is not a typical western gunslinger. A conman used to using his wits over violence whenever possible, he strikes a sharp contrast with the series’ player characters so far, providing a more level-headed counterpart to Dutch’s ambitious scheming throughout the second game. Hosea certainly stands out against the other choices for Red Dead Redemption 3’s protagonists, but in ways many fans would consider detrimental to his candidacy. However, Hosea Matthews’ story has the chance to hone in the universality of some of Red Dead’s themes in a way few other characters can. Here’s how a third Red Dead game starring Hosea could take the series to the next level.

Red Dead Redemption 3 As A Prequel 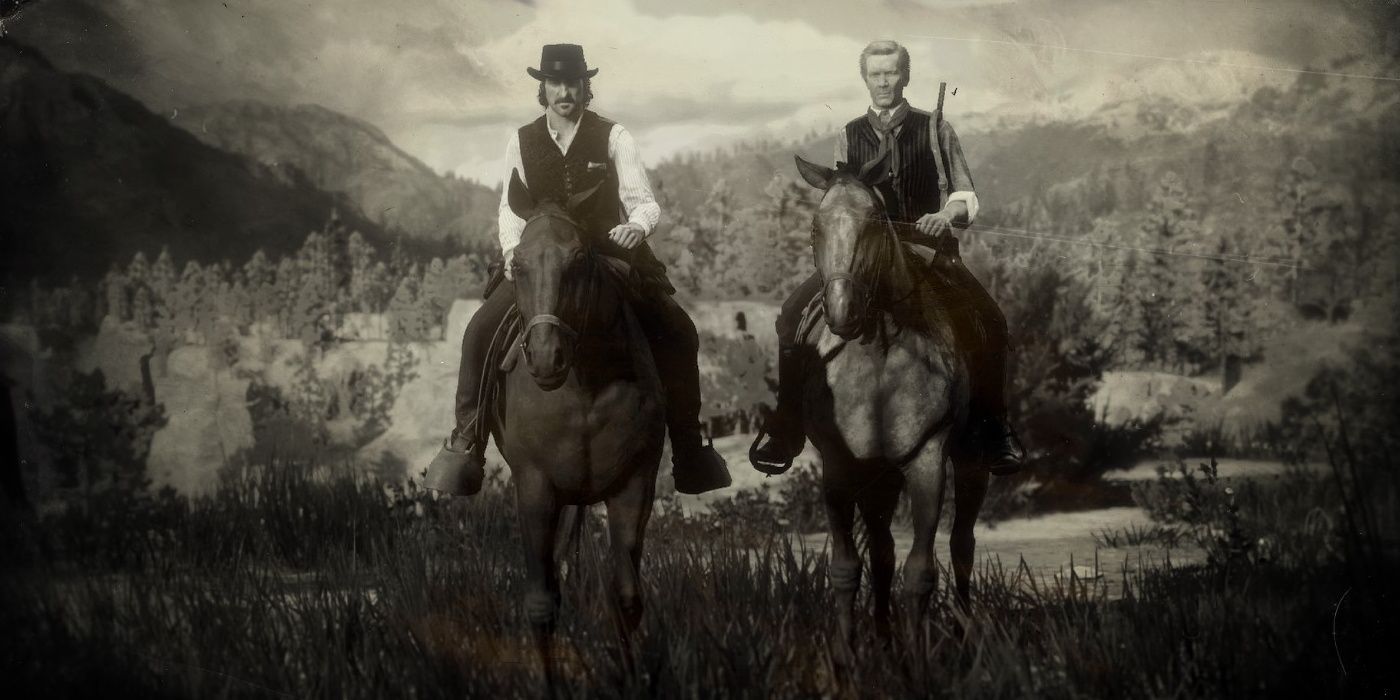 There are good reasons for Red Dead 3 to be a prequel. The first two games are already set during the death rattles of the “Old West.” The decline of the Van der Linde gang’s lifestyle is such a prominent theme that setting a game after John Marston’s death would essentially contradict a main theme of Red Dead Redemption so far. It would imply the opposite of Dutch’s famous final realization – “We can’t fight change. We can’t fight gravity. We can’t fight nothing.” Although Red Dead Redemption isn’t exactly realistic, the idea of Sadie or Jack Marston living the gunslinger lifestyle well into the 20th century would seem to suggest that change is entirely optional.

The knowledge that most of Red Dead’s characters are doomed in one way or another is one of the most interesting ways the games’ stories operate. Arthur’s suspicious absence from Red Dead 1 already had many fans anticipating his death, but his terminal TB diagnosis deepened the theme by having Arthur anticipate it as well. John Marston’s escape in Red Dead 2 is also deeply ironic for the majority of fans who know that his happy ending will be short-lived.

Red Dead Redemption 2 shows what Red Dead 1 implied – that even before the final collapse of the Van der Linde gang many of the Van der Linde gang members were unhappy, hounded by the authorities and rival gangs alike. By going even deeper into the gang’s past, Red Dead 3 has the opportunity to explore the true “golden age” of the American outlaw, exposing it to be just as tenuous and subject to change as the characters’ lives are in the first two games.

Why Should Red Dead Redemption 3 Focus On Hosea? 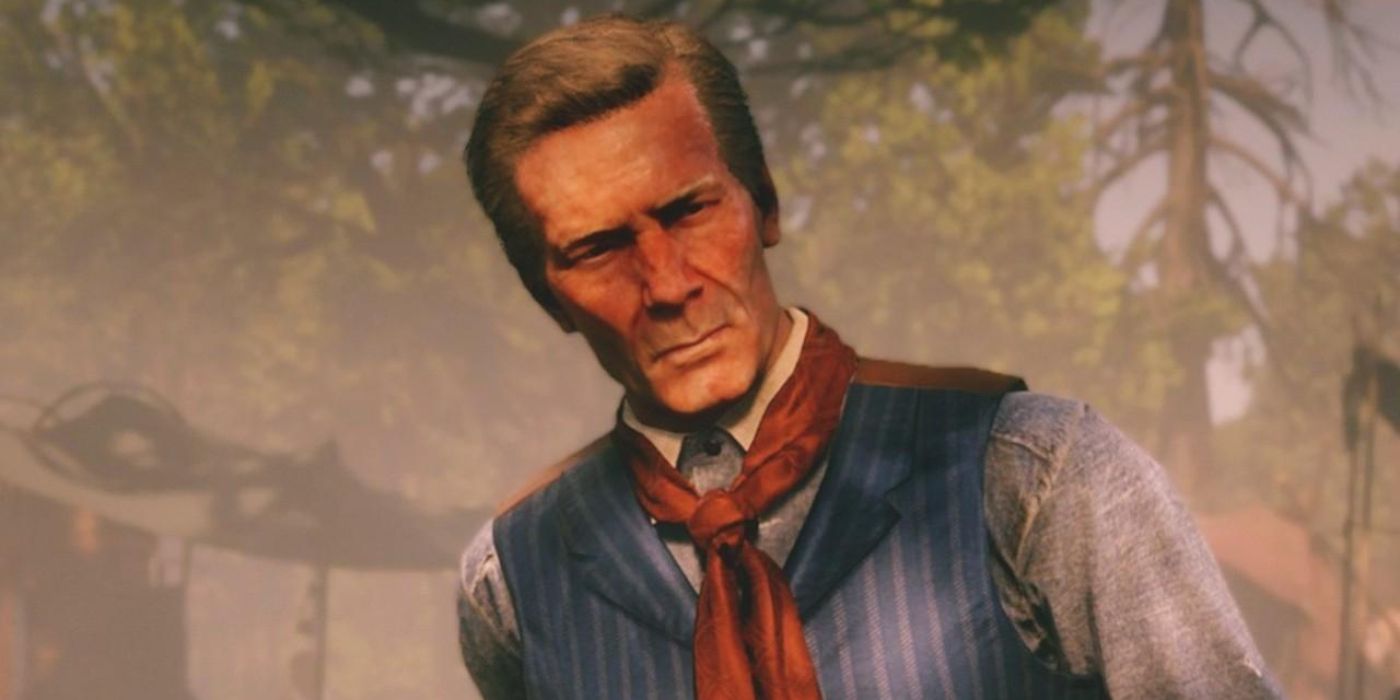 Like John Marston or Arthur Morgan in Red Dead 2, players would go into a version of Red Dead 3 starring Hosea with knowledge of his death, which takes place during the second game’s botched Saint Denis bank robbery. Unlike John and Arthur, however, Hosea doesn’t die a young man. In fact, considering his lifestyle, Hosea lives to an impressively old age. The main player character surviving to the end of their game would be a Red Dead first, but Hosea’s younger years have the potential to deepen Red Dead’s main themes, not undermine them.

The Red Dead games are about people struggling with a constantly changing world. What appears to be decline from one perspective is really just a constant process of change. Although Red Dead hones in on change as a theme by setting its stories at the turn of the century, it isn’t implied that the idyllic Old West Dutch Van der Linde longs for ever really existed. The outlaws who lived in the 1860s and ’70s may not have had the Pinkertons to contend with, but their lives were still brutal, and usually short. Red Dead Revolver’s more light-hearted, less pessimistic western story didn’t take place in the Red Dead Redemption universe. In Red Dead Redemption, Red Harlowe’s adventure is just a legend.

There would be plenty of fun to get out of a younger Hosea living life as a conman and gunslinger. There’s his story about the time he was nearly hanged for stealing chickens, only for a mob to show up and hang the Sheriff instead. When Dutch and Hosea first met, they bonded over the fact that they both tried to rob one another. Throughout the second game Hosea tells stories of daring bank robberies and jailbreaks. The real reason Hosea could be a great Red Dead 3 protagonist, however, is that his story would truly put Red Dead Redemption’s philosophy to the test.

If Red Dead Redemption 3 starred Hosea, it could explore how Red Dead Redemption’s main theme of accepting inevitable change – even death – still holds true, even when the protagonist doesn’t die young, and even when the game is set during the golden age of the western gunslinger. It could tell a story where the characters are still frightened by their constantly changing world and driven to destruction by that fear, even though in retrospect the outlaw lifestyle would remain viable for decades.

Hosea’s fond memory of meeting Dutch – which could be included in the third game – would be deeply ironic for players who know that their friendship will ultimately lead to the deaths of many people, including Hosea himself. Although he lived through the Old West that the Van der Linde gang longs for throughout the series, he still lived a life full of regrets. It’s summed up by one of his early, character-establishing lines in Red Dead 2: “I wish I had acquired wisdom at less of a price.” By 1899 the golden age is over, and the hopes that the gang can eventually have a happy ending are fading. What Hosea Matthews’ story could show is that the golden age never really existed, and that if people judge their success by their ability to buck against change and live happily ever after, they’re doomed from the start.

Red Dead Redemption 3 is not confirmed to be in development.