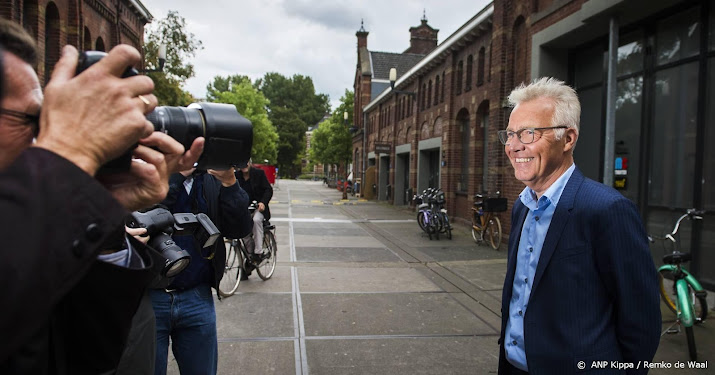 Paul Witteman will receive the Honorary Silver Nipkow Disc this year. The jury of the prestigious television prizes believes that the presenter deserves the prize because of his entire oeuvre, which also has “a golden edge”. The 75-year-old Witteman said goodbye to his TV program Podium Witteman on Sunday.

“In 1998, the then jury of the ‘regular’ Silver Nipkow disc wrote: Paul Witteman will go down in television history as a program maker who left his mark on the information sector like no other in the 1990s. He was and is not only an excellent presenter, but also an intelligent interviewer, who navigates the most difficult areas with apparent ease,” the jury wrote in the jury report. “In 2022, this reputation still stands, and has now even been broadened by Witteman’s achievement to have built one of the most beloved music programs of the Dutch broadcaster with Podium Witteman. An oeuvre that deserves an Honorary Silver Nipkow disc, with a golden edge.”

The Honorary Silver Nipkow Disc, like the Silver Nipkow Disc and the Silver Travel Microphone, will be awarded on 16 June during the sixtieth anniversary edition of the award ceremony. Last year the prize went to the Sinterklaas news of the NTR. Previously, Matthijs van Nieuwkerk, Jeroen Pauw and André van Duin won the prize.

The jury has also announced that the episode This is The Voice of the online BNNVARA program BOOS with Tim Hofman has a chance to win the Silver Nipkow disk this year. In addition, the AVROTROS drama series The Year of Fortuyn and the VPRO documentary My father, Nadia Moussaid’s fortune seeker, are in the running for the prestigious television prize.

The Silver Nipkow disc is intended for the best TV program or the best TV maker, which was broadcast between May 1, 2021 and May 1, 2022. Last year the prize was awarded to Nieuwsuur (NOS/NTR).