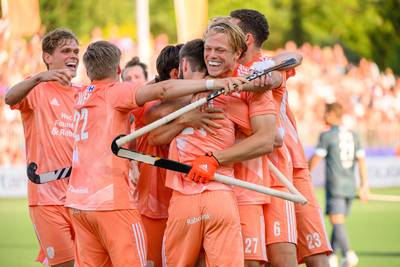 The Dutch hockey players also won the second game against England in the Pro League. After Saturday’s 0-3, the game in the British capital London ended in 3-6 for the team of national coach Jeroen Delmee. With that, the Orange took over the lead in the Pro League standings from India.