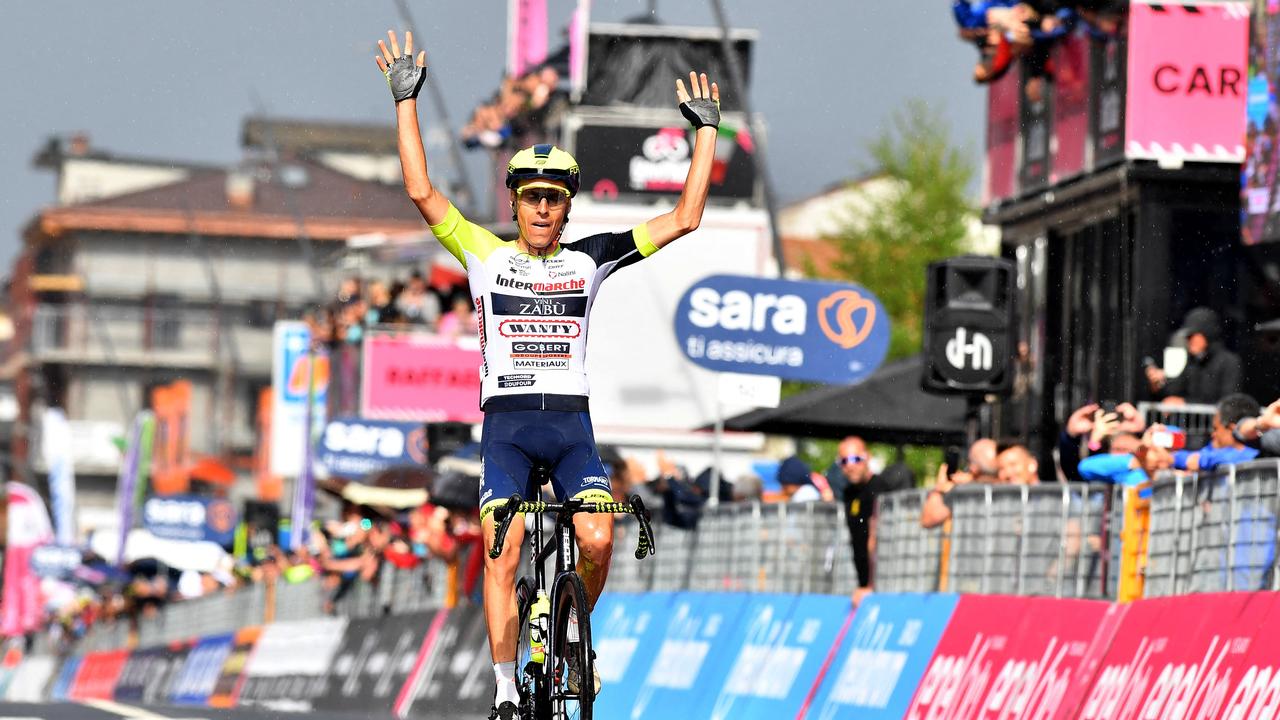 After the 202 kilometer ride, Arensman eventually fell six seconds short of Hirt, who had pulled away on the last climb and had to stay out of the Dutchman’s grip in the short descent to the line.

For 31-year-old Hirt it is his sixth professional victory and his first at WorldTour level. In the general classification he moves from twelfth to ninth place.

Carapaz had to parry attacks on his pink jersey on the last climb, the Teglio (5.1 kilometers at 8.7 percent). The climber did so with gusto, although his main challenger Jai Hindley managed to grab four bonus seconds by finishing third.

The difference between Carapaz and the Australian Hindley in the standings is only three seconds. The Portuguese João Almeida is number three at 44 seconds.

On Wednesday, another mountain stage is scheduled in the Giro d’Italia. The first big round of the year lasts until Sunday.

The first stage of the tough final week had three first category climbs. Already in the flat run-up to the Goletto di Cadino (19.9 kilometers at 6.2 percent), a leading group arose including Mathieu van der Poel and Pascal Eenkoorn.

More and more riders, including Thymen Arensman, Wout Poels and Koen Bouwman, managed to make the crossing to the refugees. Bouwman did this mainly to pick up the mountain points along the way. He came second on the Goletto di Cadino and then even went first over the top of the mythical Mortirolo (12.6 kilometers at 7.6 percent), which was not climbed from the toughest side.

When the battle for the stage victory broke out on the 5.1 long Teglio (average 8.7 percent) – the last climb of the day – Bouwman was no longer there. Lennard Kämna, who had taken a small lead in the descent, was overtaken by Arensman and Jan Hirt.

The Dutchman saw his chance of a first stage win on a big lap slowly evaporate when he could no longer follow the pace of the Czech two kilometers before the top. In the short descent to the finish, Arensman came closer, but it turned out not to be enough to cross the line in Aprica cheering.