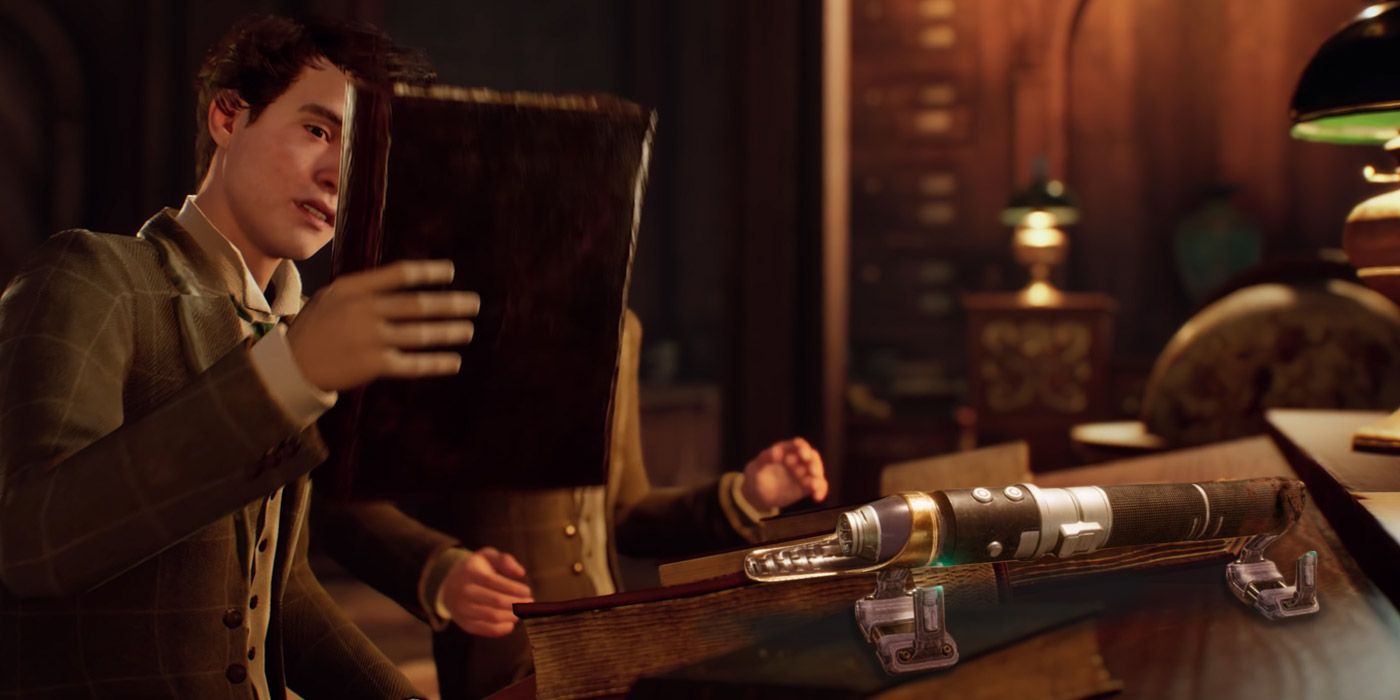 There are many possible ways for the upcoming Harry Potter RPG Hogwarts Legacy to stand out, and one may be inspired by a recent Star Wars gem.

Hogwarts Legacy, an RPG based on the Harry Potter universe that is set in the 1800s, was officially announced during Sony’s PlayStation 5 Showcase event last week. There have been rumors about its development for some time, and it was said the game was going to be announced during E3 2020 before that was cancelled due to the ongoing coronavirus pandemic. Some of those rumors have turned out to be true based on its announcement trailer, such as Hogwarts being an open-world area to explore, but there is still a lot up in the air as far as how immersive the game will be.

One potential feature suggested by leaks is a varying class system in the Harry Potter RPG. Those would be classes in a traditional sense for the genre, with players able to concentrate on different specialties — though in many ways the idea does line up with taking literal academic classes at Hogwarts to boost one’s skills. Another cornerstone of the Wizarding World that would fit into this kind of system perfectly is customizable wands that boost different affinities. If this is something the developers implement, they have a perfect template to riff upon thanks to Respawn Entertainment’s Star Wars Jedi: Fallen Order. 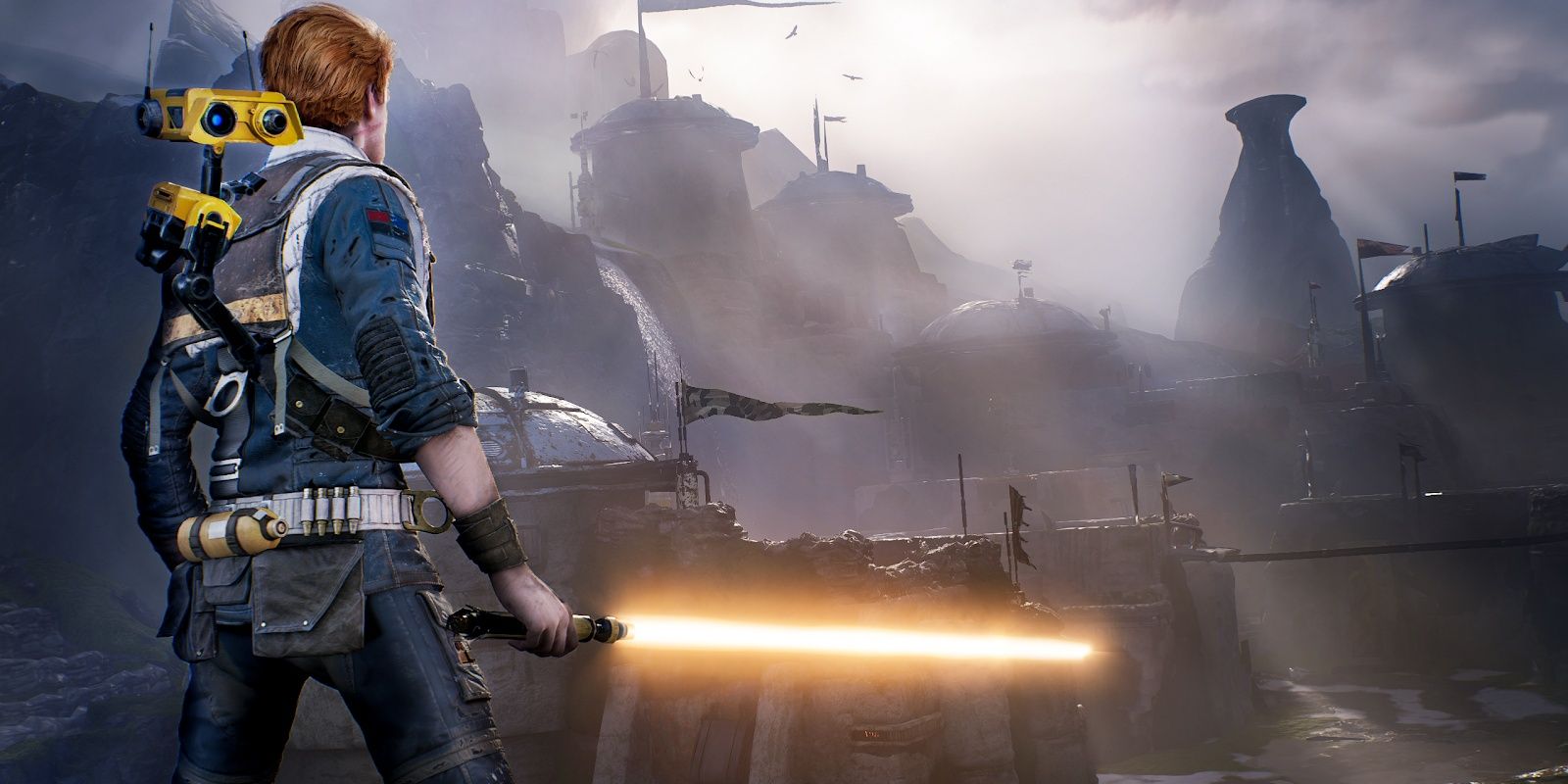 The idea of personalized laser swords is probably one significant reason why Star Wars has stuck in the public consciousness, and the variation of lightsabers has only increased with time. Movies and extended universe canon have introduced new blade colors, such as Mace Windu’s purple lightsaber in the prequels, as well as hilt design possibilities. Star Wars Jedi: Fallen Order took the idea of custom lightsabers and ran with it, giving protagonist Cal the chance to change the color, design, and material of his lightsaber throughout the game.

This is not necessarily new for Star Wars games. Older RPGs like BioWare’s Star Wars: Knights of the Old Republic also let players differentiate themselves to a degree with custom lightsabers. In the lore of the Star Wars universe, Jedi built their own lightsabers during times when the Jedi Order was thriving. That tradition can be seen carried on by characters like Rey in Star Wars Episode 9: The Rise of Skywalker. Because lightsabers are so iconic and important to the internal workings of Star Wars, it makes sense for developers like Respawn to let players take on the tradition of weapon construction. 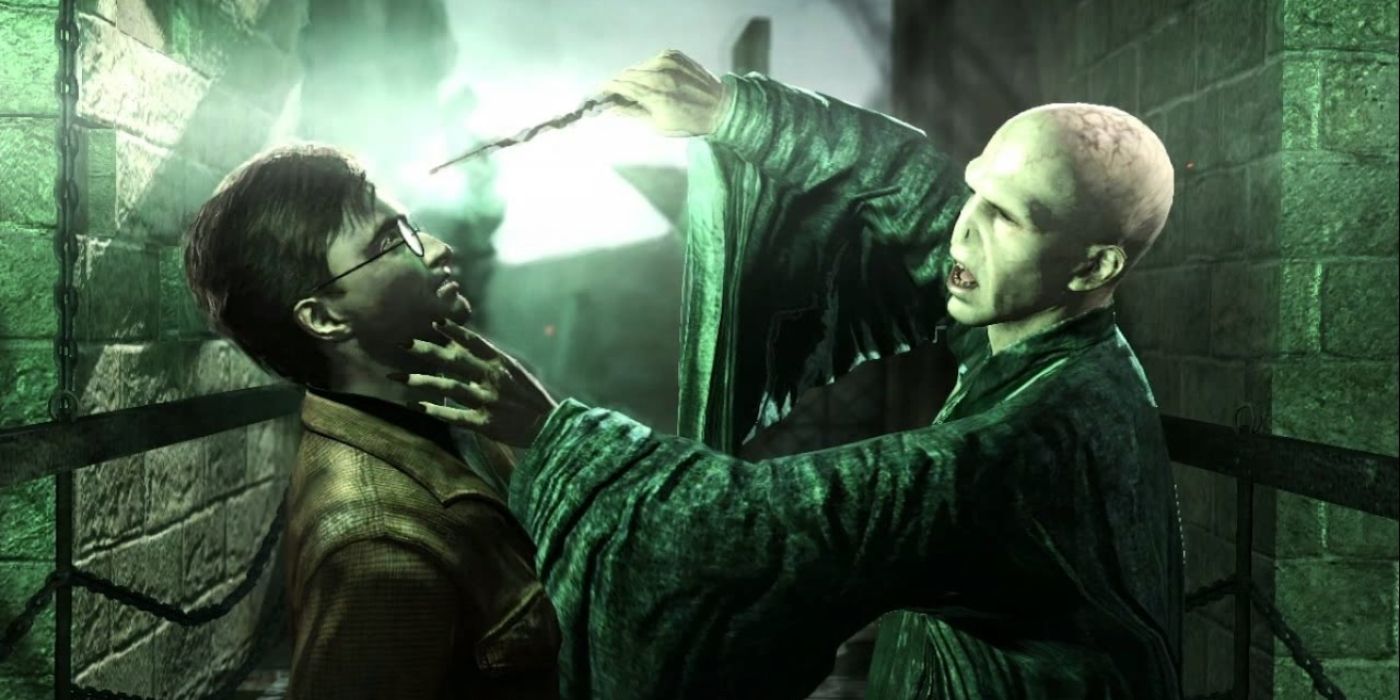 The concept of wands in Harry Potter is similar to that of lightsabers in many ways. Every character in Harry Potter has a different wand, with each boasting a unique size, wood type, and core made from something magical like a dragon heartstring or unicorn hair. These varying constructions make each wand specially tailored to its user, often in ways that reflects their character or magic specialty. They also have different carving designs, which Universal Studios has capitalized on by selling wands based on fan-favorite characters from the books and movies.

Where wands primarily differ from lightsabers is in the way they are attained. Lightsabers are built by Jedi, with exceptions like Luke Skywalker inheriting his father’s saber by way of Obi-Wan, but in Harry Potter, “The wand chooses the wizard” as the saying goes. Garrick Ollivander, owner of Ollivanders’ wand shop in Diagon Alley, tells this to Harry in the first book, and readers come to appreciate this symbiotic relationship and its caveats, such as characters being able to win one another’s wands during duels, throughout the series. 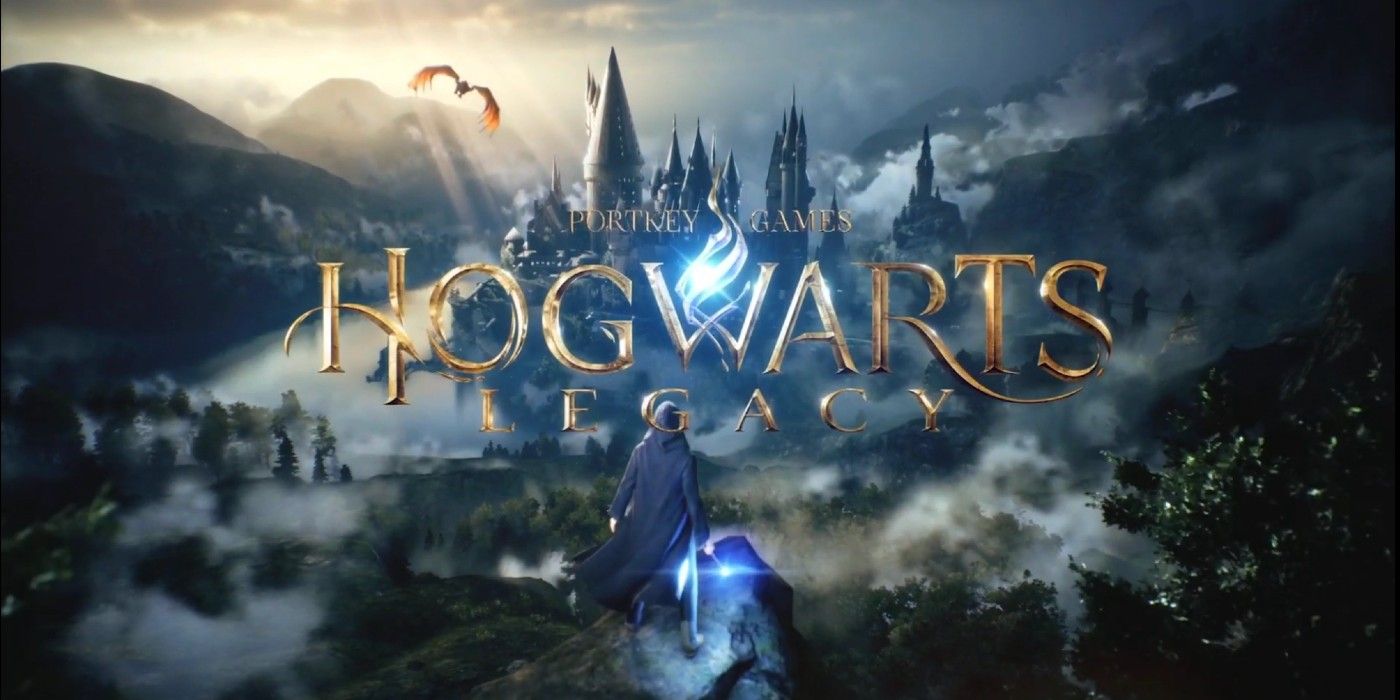 If Hogwarts Legacy decides to stick by the idea of each wizard having one wand by default, its RPG elements could be held back. Though there are benefits to the idea of giving players something that might fit their playstyle by means like Pottermore-style quizzes, an RPG with expansive time sinks might not be great if players have to reset their progress every time they want to try something new.

A better solution for a video game would be taking what Star Wars Jedi: Fallen Order sets up for lightsabers and expanding upon it. Providing players with a central hub where they can remake their wands (or at least purchase new ones) using different woods, magical cores, and more could offer incentives to try out everything the game has to offer. Whereas the vast majority of lightsaber parts that could be interchanged in Fallen Order were aesthetic, like the originally pre-order exclusive orange lightsaber blade, wand materials may be inherently better at different tasks.

For example, say Hogwarts Legacy does include a class-based system. Based on magical courses seen in the books, movies, and other media like the play “Harry Potter and the Cursed Child,” there is potential for a wide spectrum of combat versus puzzle-oriented classes. Whereas a wand that excels in Charms or Defense Against the Dark Arts would be better at taking down enemies, a wand that excels in casting spells like Wingardium Leviosa or tenets of botany would be better at solving environmental challenges.

Giving players the opportunity to try out all of these options could potentially benefit Hogwarts Legacy, if this is how the game winds up structuring its RPG elements. However, even if the wands do not need to be better in certain kinds of magic, the in-depth piecemeal customization seen in Star Wars Jedi: Fallen Order could still have its place by making each player feel like they have their own unique wand.

Many have been divided over the announcement of Hogwarts Legacy due to series creator J.K. Rowling’s transphobic comments on social media. One reason those comments have struck so many is because of the large platform she has accumulated over the years, as people of all kind have grown attached to the Wizarding World. A large portion of those fans will stick by the series because of what it means to them personally, regardless of Rowling’s recent controversies, so it would be a good look for the RPG to offer those fans as many ways to express themselves as possible.

Hogwarts Legacy is currently in development for PC, PS4, PS5, Xbox One, and Xbox Series X.