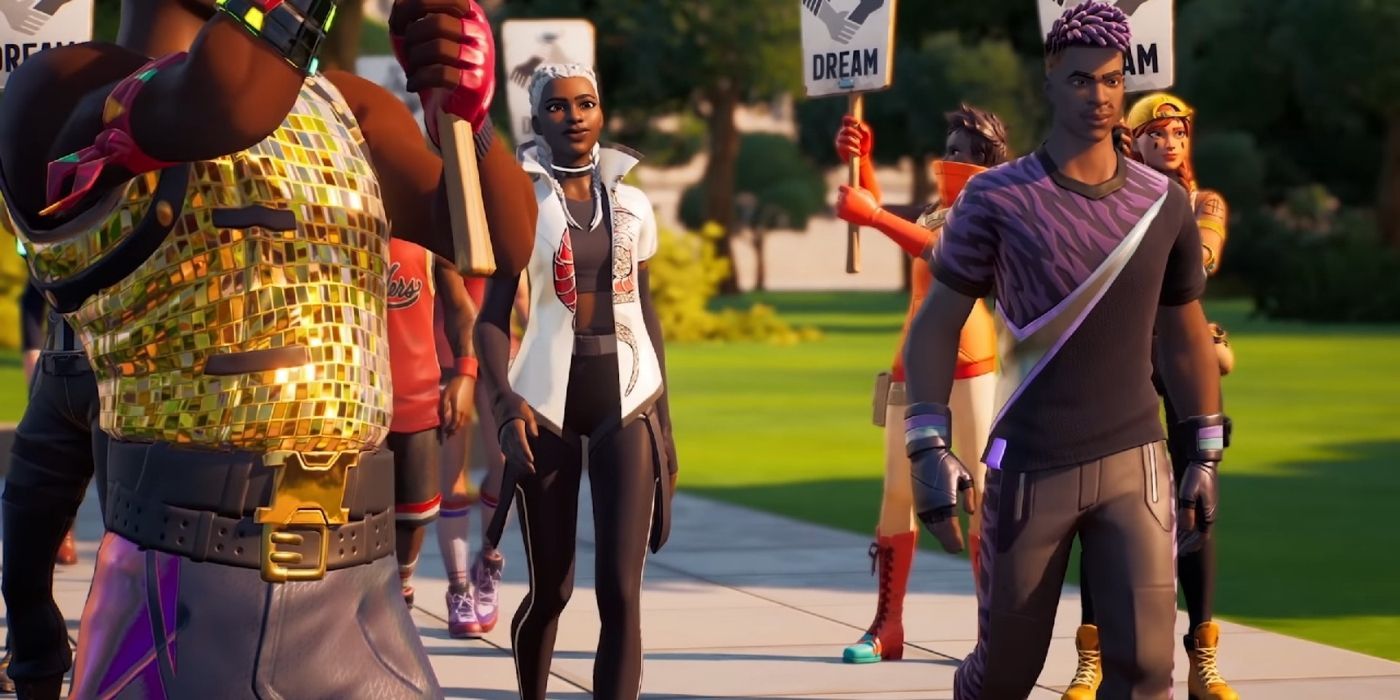 Fans criticize Fortnite for not disabling a whipcrack emote during its “March Through Time” event dedicated to Dr. Martin Luther King, Jr.

You Are Reading :Fortnite Under Fire for Not Disabling Whip Emote During MLK Event

Popular battle royale shooter Fortnite is under fire for failing to disable the “Whipcrack” emote during the “March Through Time” event dedicated to celebrating the life and legacy of Civil Rights leader Dr. Martin Luther King, Jr.

While it’s currently unknown why the “Whiplash” emote remained active during “March Through Time,” fans believe it has something to do with a contractual obligation with DC Comics. The emote was added to Fortnite as a part of the Catwoman bundle which first made its way into the game in 2019.

The event, organized by TIME Magazine and Epic Games, seeks to educate Fortnite players on the important role MLK played in United States history. While some championed the experience as a creative way to raise awareness of the ongoing concerns surrounding civil rights and people of color, many criticized the event for its strange tone and setting; many saw “March Through Time” as an odd addition to a video game dedicated to killing fellow players in a battle royale game mode.

Beyond the controversy surrounding the “Whipcrack” emote, it was recently brought to light that the event was organized without the blessing of The King Center, the charity set up by Dr. Martin Luther King, Jr.’s wife Coretta Scott King. Bernice King, MLK’s daughter, also distanced herself from the event.

Epic Games, DC Comics and TIME have yet to issue a response on the emote, which is currently still active in Fortnite’s “March Through Time” event at the time of writing.