Every Single Entry In The DCAU In Chronological Order – DNews 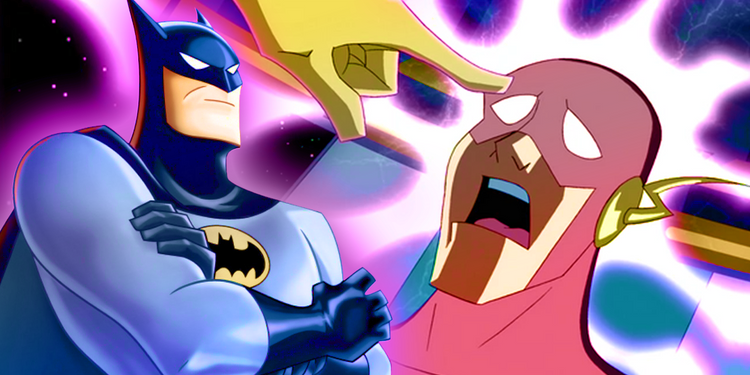 The DCAU puts Batman, Superman, & more in animated form. Fans can enjoy all of the DCAU content in this order.

You Are Reading :Every Single Entry In The DCAU In Chronological Order

The DC Animated Universe, or DCAU, is a 30-year-old animated television and movie franchise that helped introduce a whole generation to comic books and DC superheroes. Born from the wildly successful Batman movies, the DCAU has since branched out into eight television shows, six movies, four shorts, and a number of comic books.

Rather than including every piece of media, it’s a lot easier to focus on the chronological entries from the DCAU’s TV episodes and movies, which sometimes means cutting into the middle of a show’s season. Interestingly, many DCAU entries were treated more as serials so some of these chronologies are up to the individual viewer.

Updated on May 23, 2022 by Bailey Jo Josie: While there have been plenty of animated DC movies that are clearly inspired by the DC Animated Universe and are even created by Bruce Timm and Paul Dini, the criteria for what’s included in the DCAU is fairly narrow – whatever Timm and Dini say, goes. And despite there being no new DCAU entries since this original list was published, there are still more obscure parts of the DCAU that fit into the chronology. 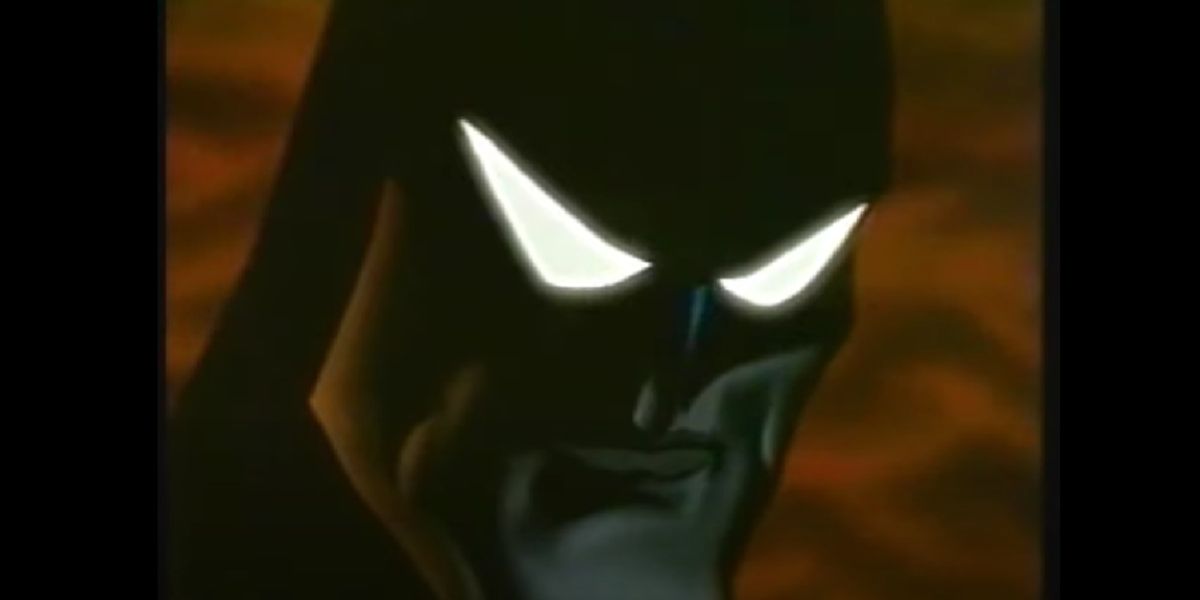 In just under two minutes, this short film by Bruce Timm and Eric Radomski laid the literal groundwork for Batman: The Animated Series as it served as the show’s developmental pilot. The Dark Knight’s First Night is set up as Batman’s first night of crime-fighting, and though the animation style is a little different, many elements were re-used in the show’s main intro. 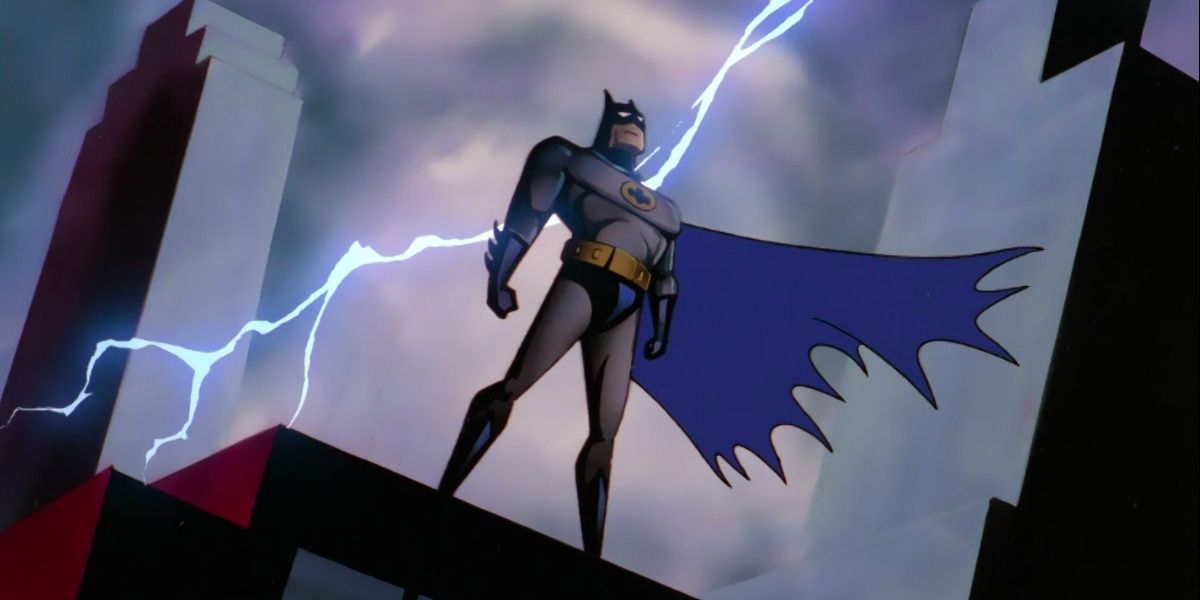 Inspired by the Tim Burton Batman films, Eric Radomski and Bruce Timm’s Batman: The Animated Series was the foundation for the next few decades of DC’s animated universe and its shared continuity between television shows and movies. It’s noted that episode 31, “The Cape and Cowl Conspiracy,” is the first episode in the series to show the Bat-signal being used.

20 Batman: Mask Of The Phantasm 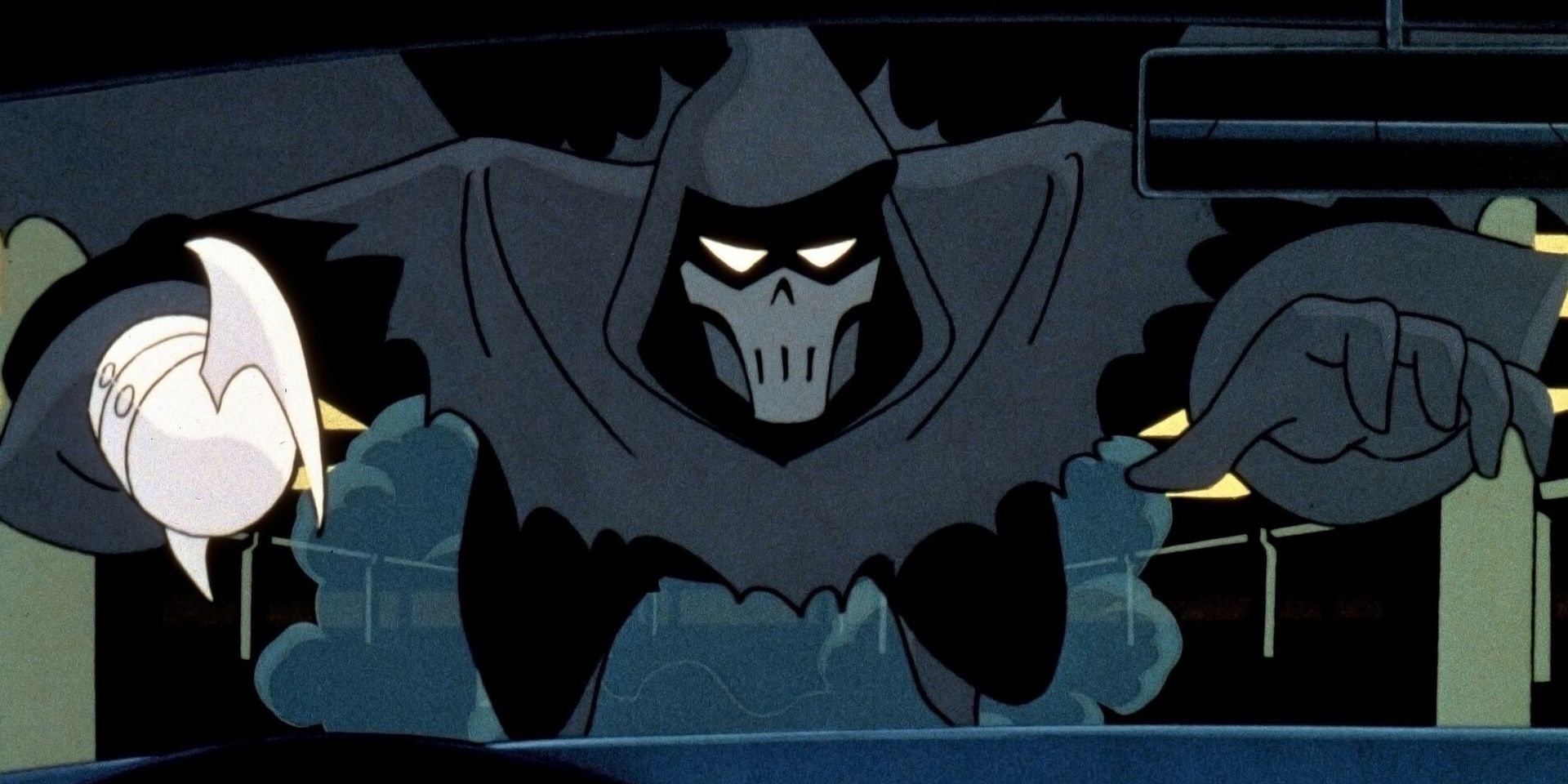 The first film of the DCAU, Mask of the Phantasm could really be watched before Batman: The Animated Series, but this romance and drama-filled noir film happens to end with Batman answering the call of the Bat-signal.

Therefore, many fans of the DCAU feel that it’s only right to watch this movie after the Bat-signal makes its first appearance in the television show. 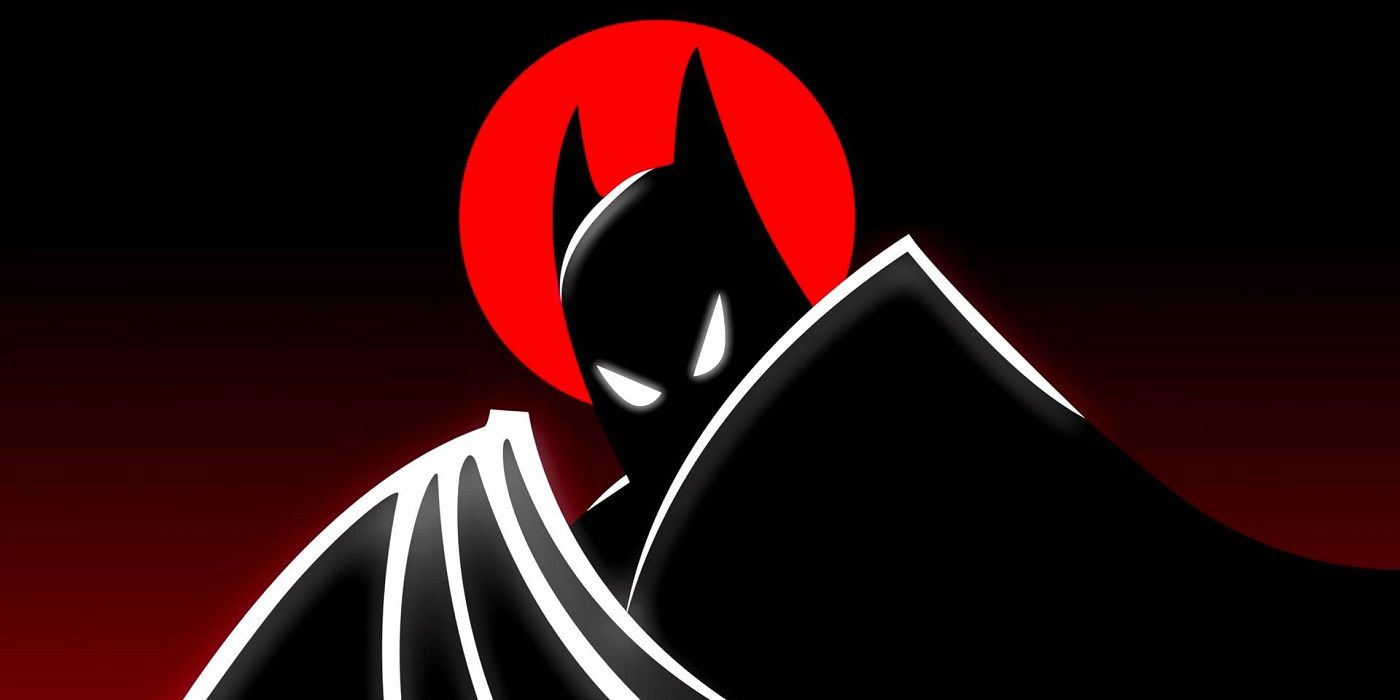 Following Mask of the Phantasm, which reveals who the Joker was before his transformation, watching the rest of season one and then season two of B:TAS will give DCAU fans a loose but enjoyable timeline that dives deeper into the villains and allies in Batman’s life. These episodes not only introduce Barbara Gordan as Batgirl but also provide the beginning of Harley Quinn and Poison Ivy’s beautiful friendship. 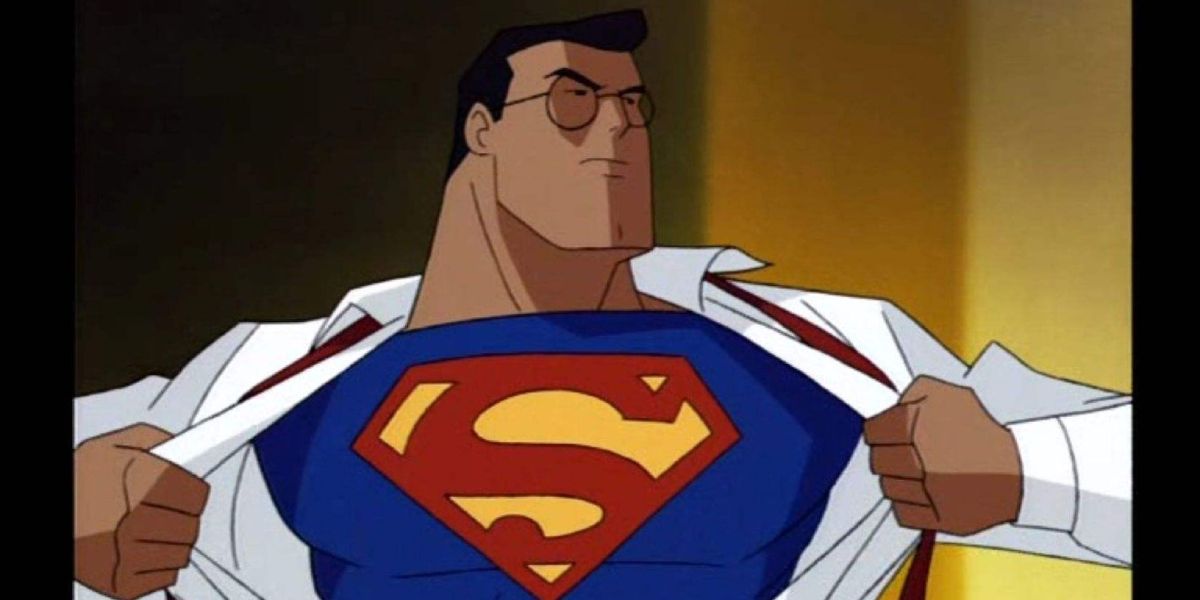 The second animated series of the DCAU, Superman: The Animated Series set out to bring a Superman that combined elements of the classic OG superhero and the more modern Man of Steel that had been in continuity for over a decade. These episodes include a three-episode run that features Batman from Batman: The Animated Series and introduces Kara In-Ze, aka Supergirl, to the DCAU. 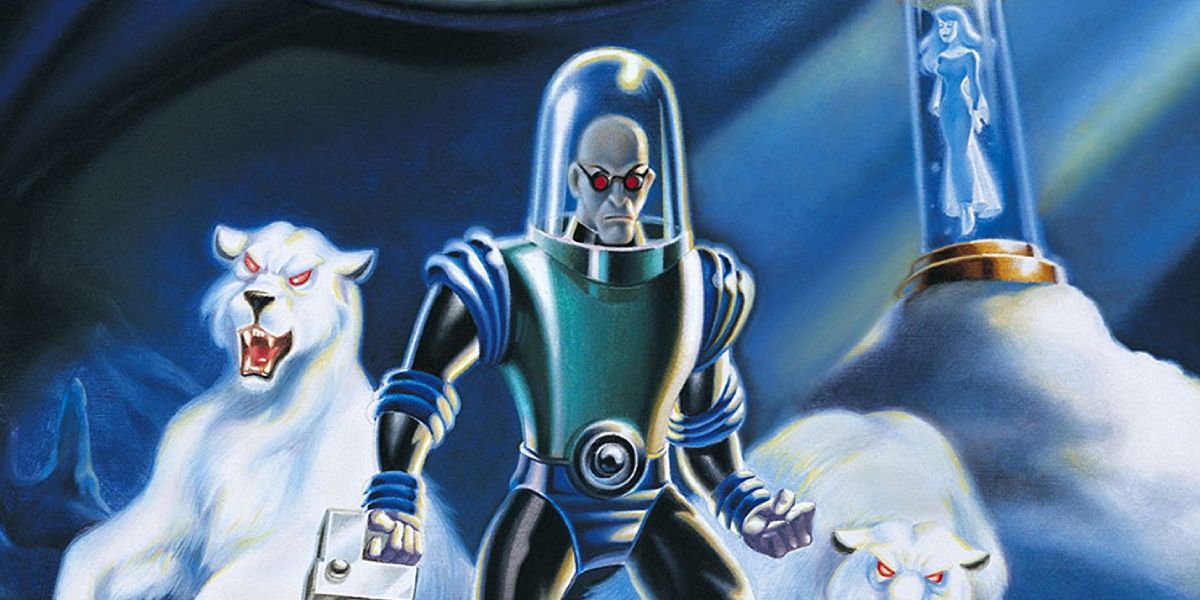 One of the best contributions that Batman: The Animated Series made to not only the DCAU but also the DC comics and universes in general is the complete rewrite of Mr. Freeze’s character and origins.

The stand-alone movie Batman & Mr. Freeze: SubZero continues the icy supervillain’s tragic story as Freeze has made a home for himself in the Arctic with his two polar bears, an adopted son, and his frozen wife, Nora, whose condition worsens after a submarine accidentally damages the case that was keeping her alive. 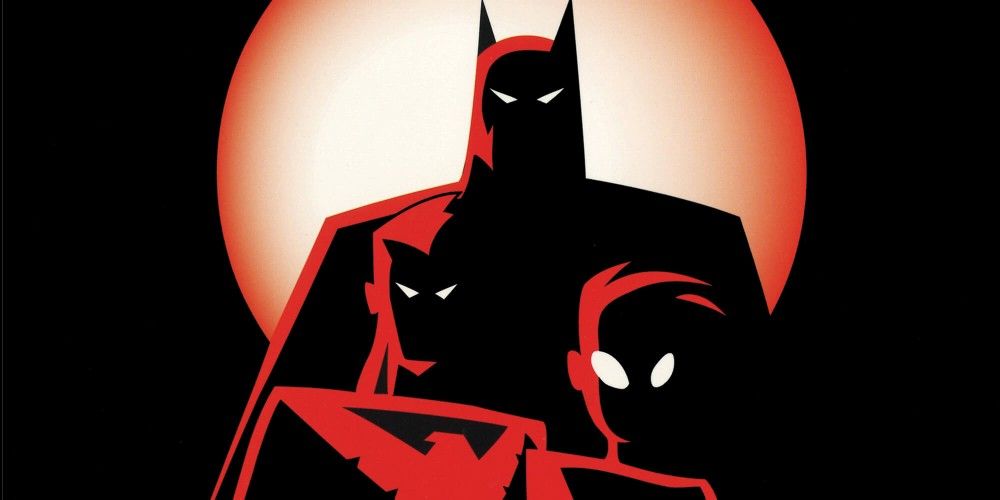 Essentially a continuation of Batman: The Animated Series, this series gave the characters a design revamp and introduced viewers to young teen Tim Drake, as Dick Grayson had gone off on his own as Nightwing. With only 24 episodes, The New Batman Adventures gave further insight into what happened to Freeze after SubZero, saw Batgirl teaming up with Robin and Batman, and included the iconic Harley Quinn-centric episode “Mad Love.” 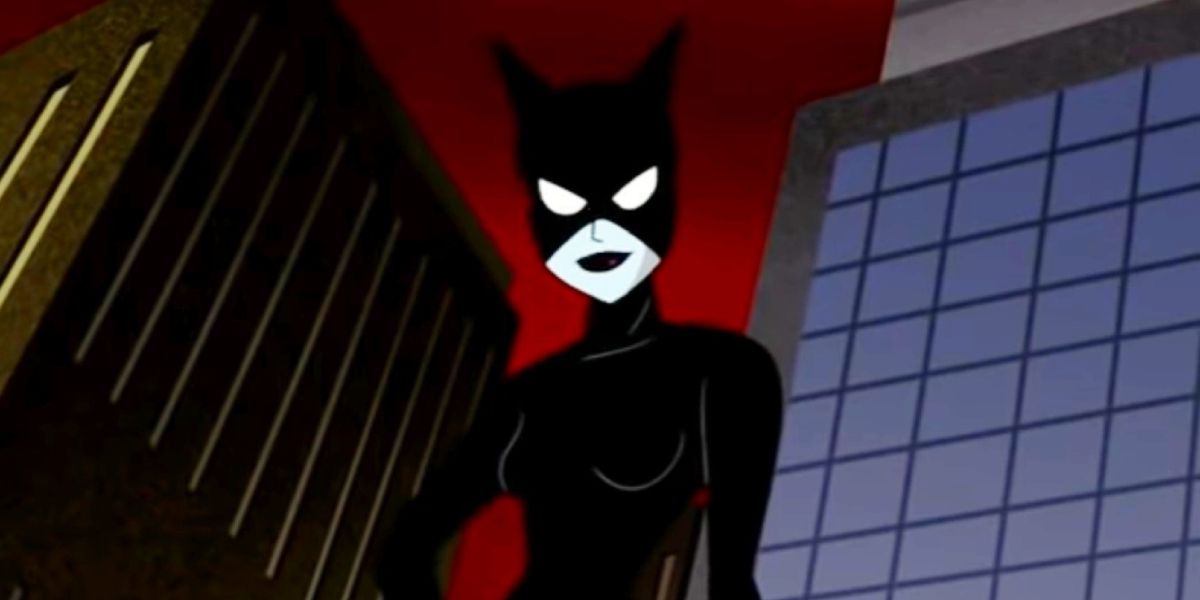 Released as a DVD bonus feature for Batman: Mystery of the Batwoman, this silent short film features Batman and Catwoman from The New Batman Adventures, based on their character designs. A bored Bruce Wayne leaves a party to chase down Catwoman after he catches her stealing some jewels. Chase Me is around 6 minutes long and filled with fantastic feats and angsty tension between the Bat and the Cat. 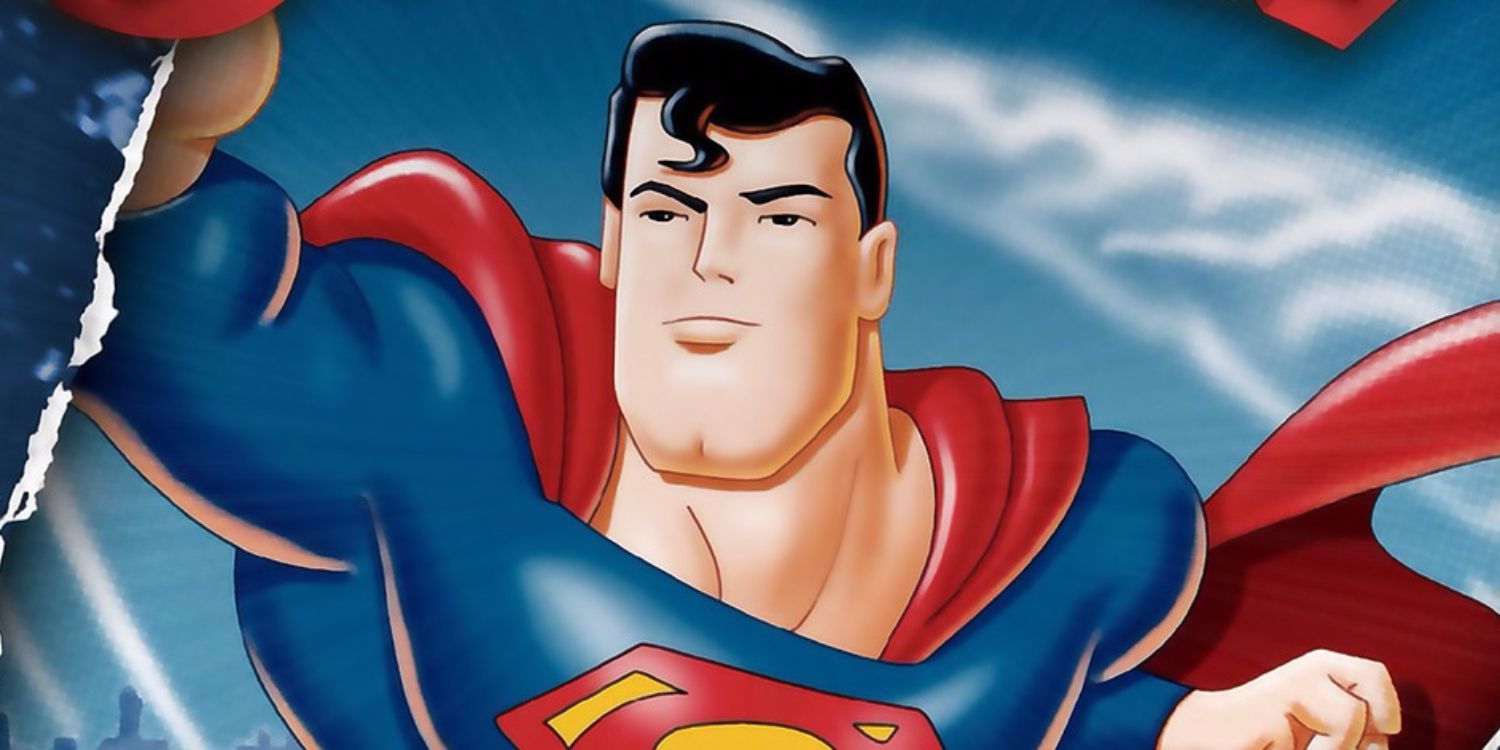 The rest of the episodes of Superman: The Animated Series feature Superman pretending to be Batman after the Dark Knight has gone missing from Gotham, helping Kyle Rayner become the new Green Lantern, and needing help from Batman to take down Ra’s al Ghul. The series ends with Superman battling Darkseid on Apokolips.

13 Batman: Mystery Of The Batwoman Movie 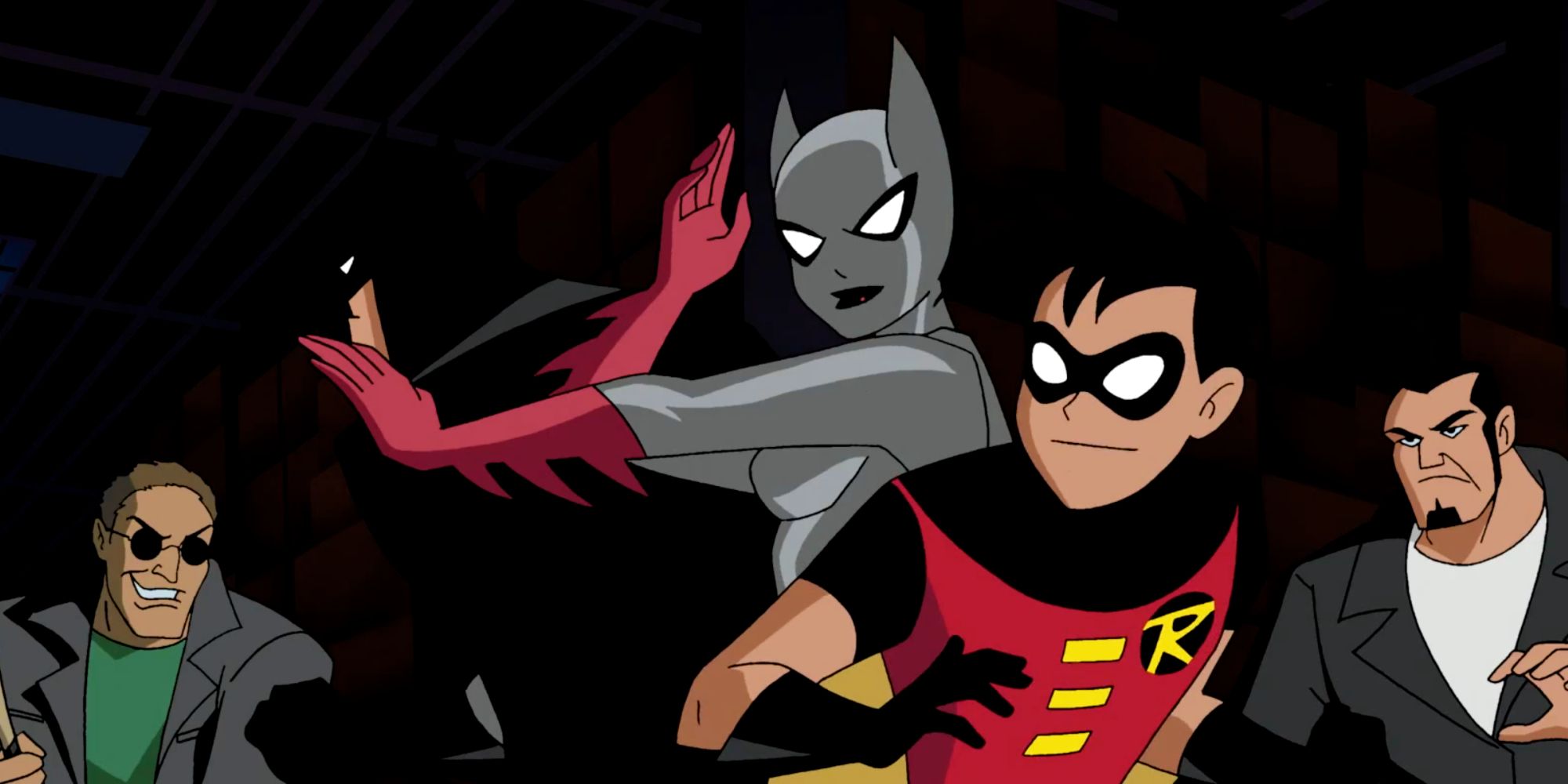 The fourth film in the DCAU (though only third in the chronology), Batman: Mystery of the Batwoman has a new member of the “Batfamily” show up – but is this Batwoman friend or foe? This movie takes place after the events of The New Batman Adventures as Bruce Wayne and Barbara Gordan have ended their relationship (which had not been depicted yet in the chronology). 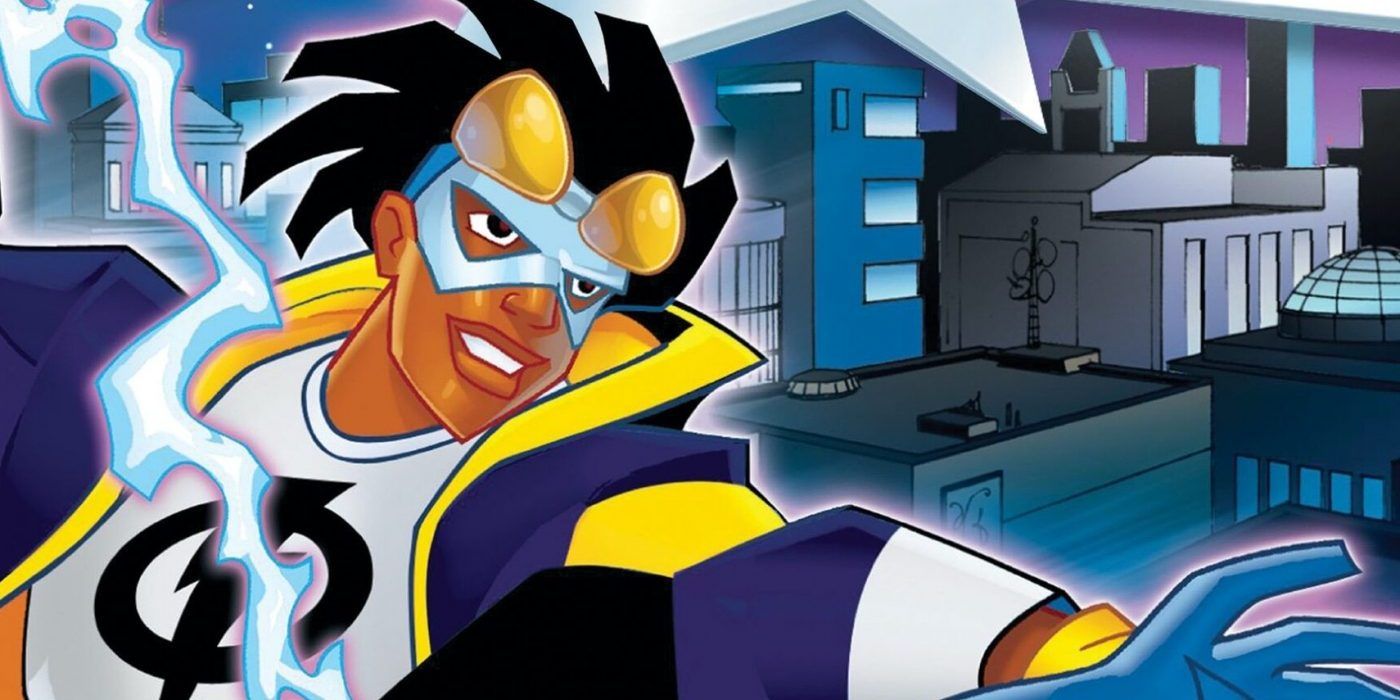 Following a young superhero with electromagnetic powers, the episodes of Static Shock take place around the same time as Superman: The Animated Series, The New Batman Adventures, and Justice League.

These episodes can be watched concurrently with the aforementioned shows, though it may be more enjoyable to watch the series in one sitting, especially with so many episodes. Not to worry though, Static does make an appearance in Justice League Unlimited, and in one episode Static travels to the future and back. 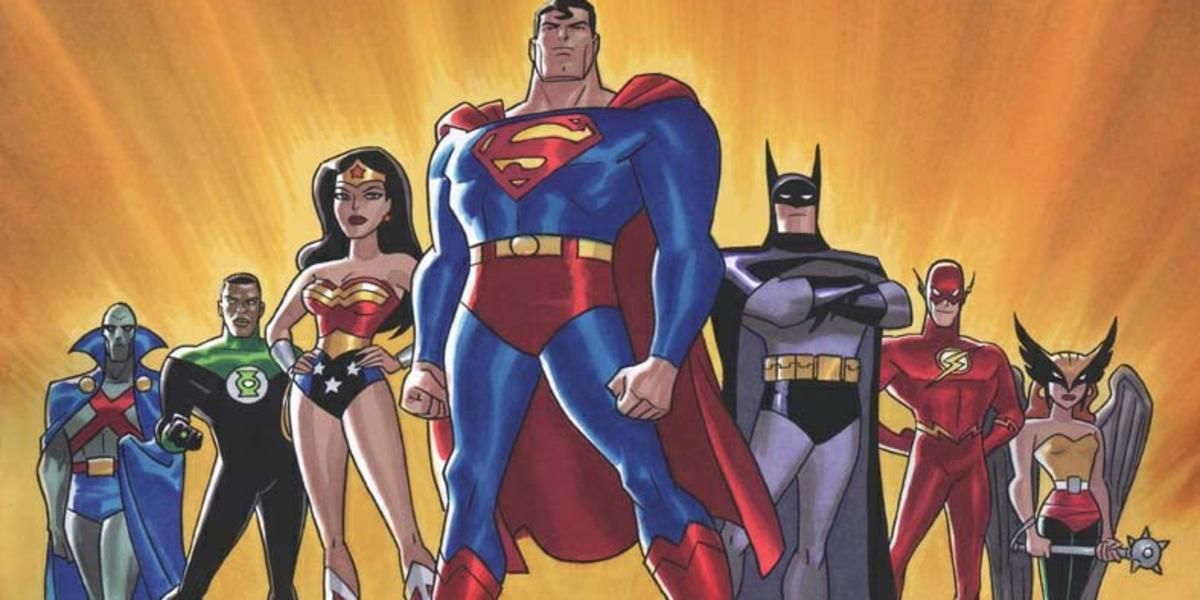 A groundbreaking animated television epic, Justice League converged the previous Batman and Superman series as beloved DC characters like Wonder Woman and The Flash were brought into the fray. The series incorporated elements from each of the heroes’ backstories, which included time travel and a Thanagarian invasion. 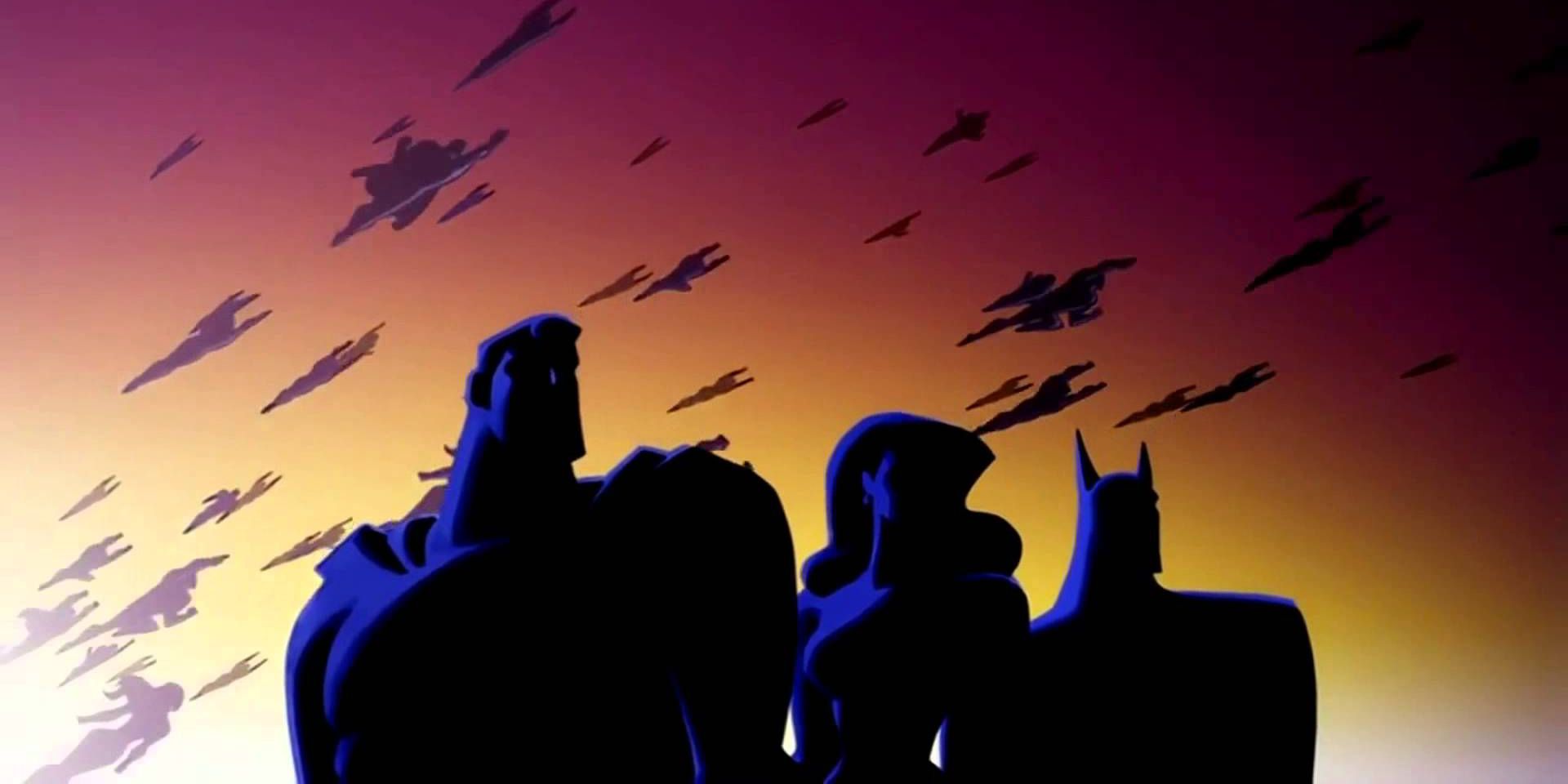 After a betrayal and the characters from Justice League having drifted apart, Justice League Unlimited introduced young viewers to a new world of DC characters who they may never have been exposed to. Not only does the show feature Green Arrow, Black Canary, and Huntress, it also widens the world of the DCAU, though make sure episode 26, “Epilogue,” is skipped until the right time. 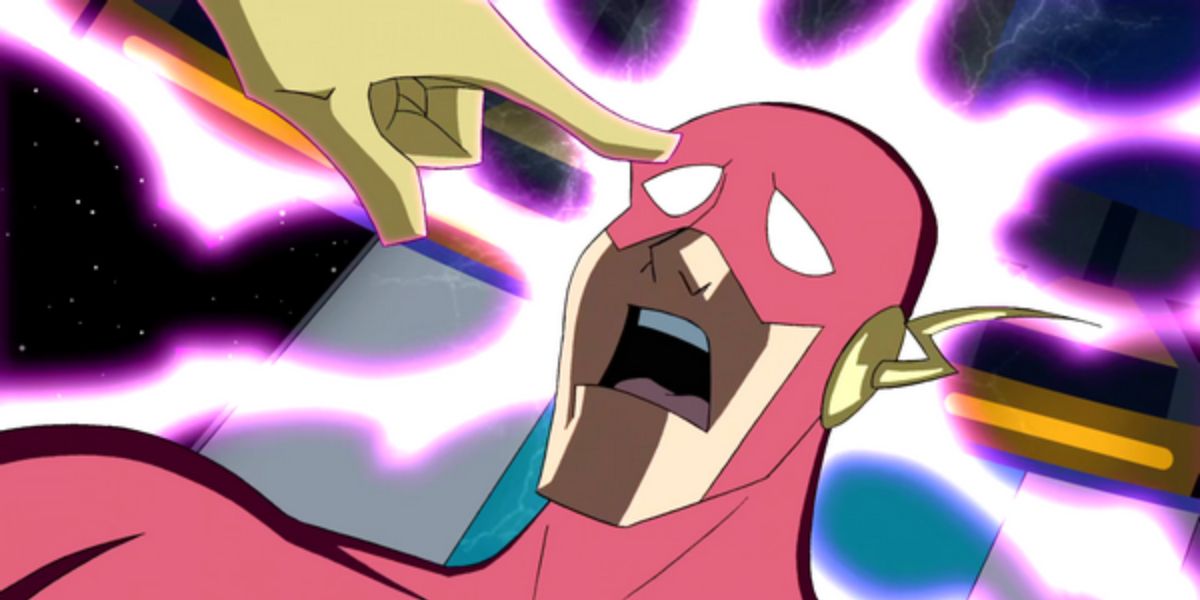 The rest of Justice League Unlimited can be watched all the way through. It features many superheroes and supervillains who are not only finding their place within the League, like Hawkgirl after her relationship with Green Lantern has ended, but also finding their place with humanity, as Martian Manhunter leaves the League to immerse himself with the general public. 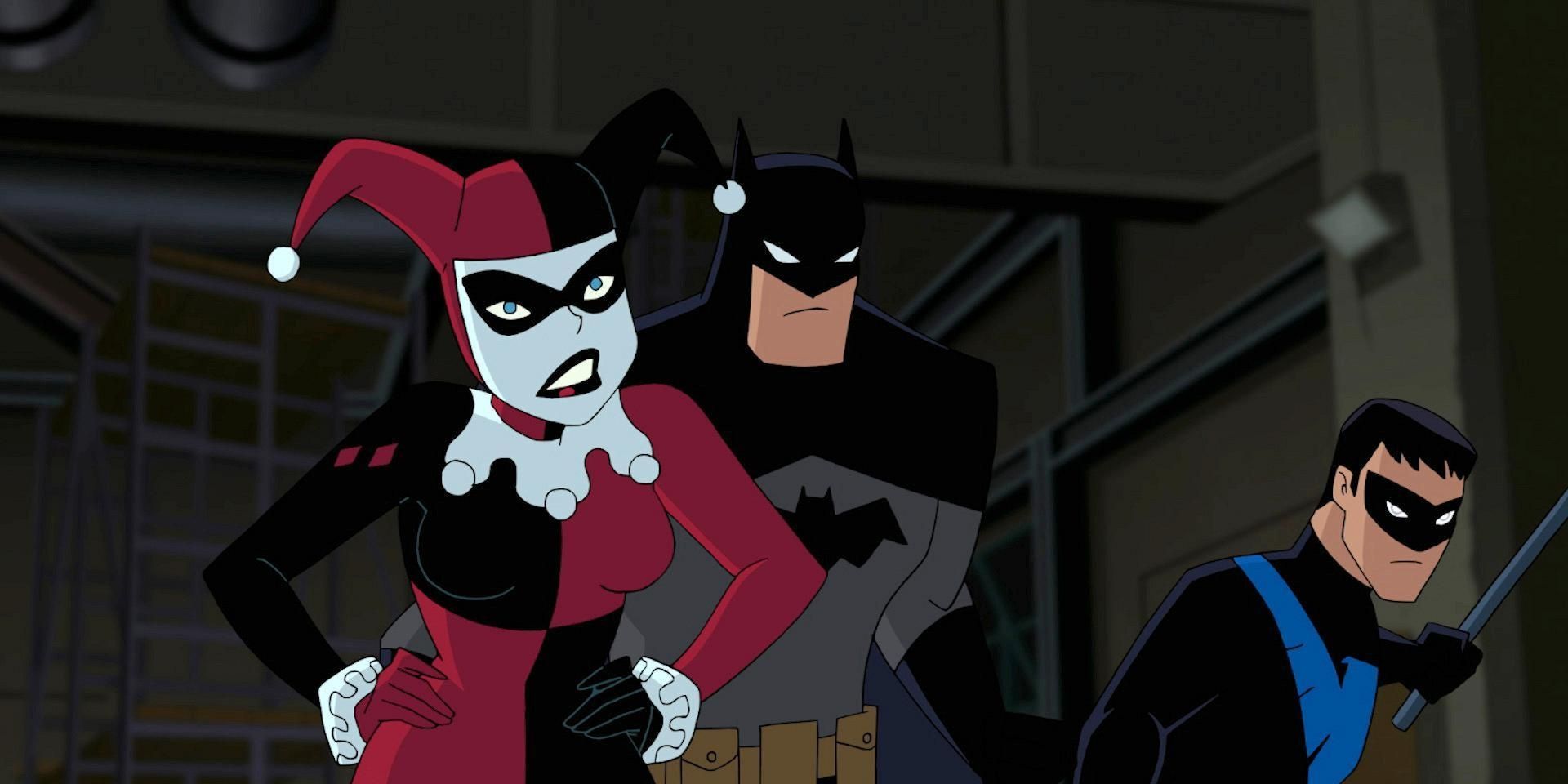 A newer addition to the DCAU, this 2017 animated movie has Harley Quinn, Batman, and Nightwing come together after Harley has been attempting to live a low-profile life after leaving prison, no longer a sidekick/girlfriend to The Joker. While not an obvious DCAU entry, the movie’s writer Bruce Timm considers it a part of the continuity.

7 Justice League Vs The Fatal Five 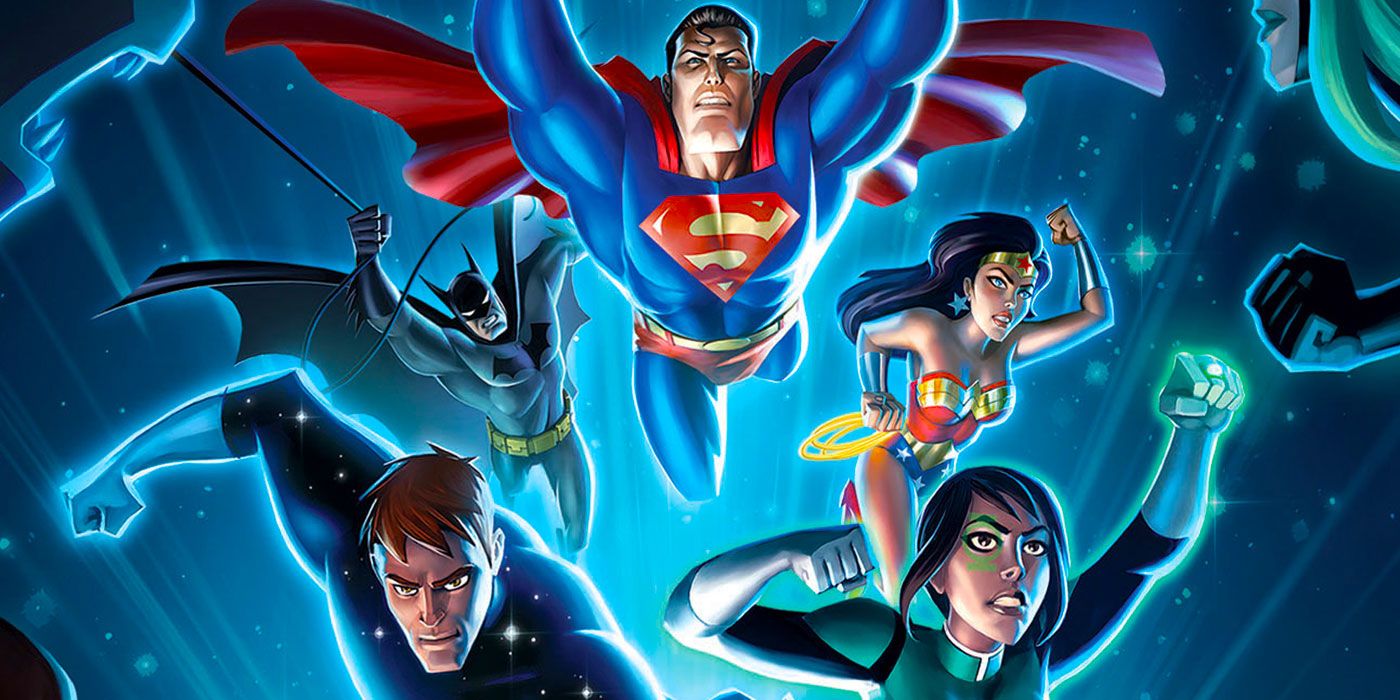 Similar to Batman and Harley Quinn, this more recent animated movie may also not be an obvious addition to the DCAU as many other DC animated movies had been released throughout the 2010s. These films are part of what’s known as the “DC Animated Movie Universe” and under the larger umbrella label of the “DCU Animated Original Movies” as they have their own continuity outside of the DCAU. In this film, superheroes from the 31st-century return to the past and team up with fan-favorite heroes. 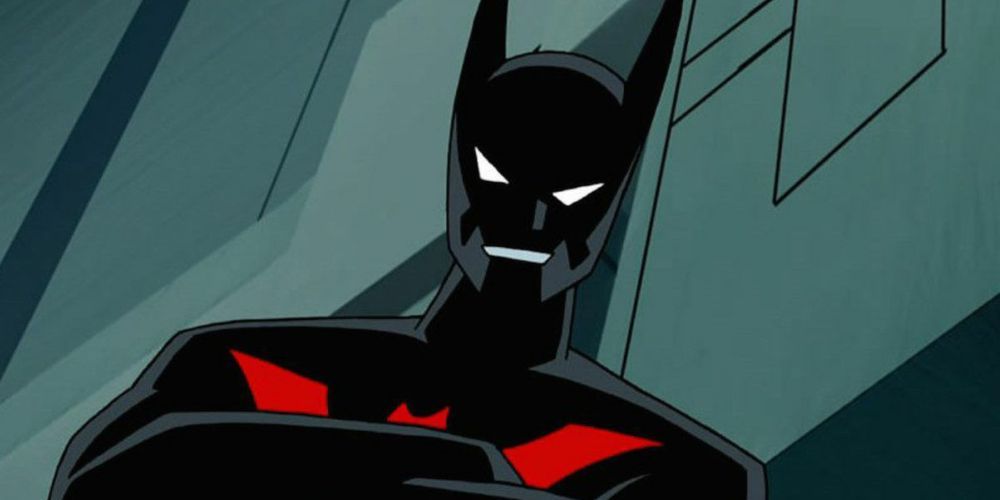 Bold and ambitious, Batman Beyond took the DCAU and placed it so far into the future that there’s a need for a young, new Batman in a teenage Terry McGinnis.

Terry discovers Batman’s identity in the year 2039 and, after the murder of his father, steals Bruce Wayne’s new high-tech Batsuit to seek his revenge. Terry becomes Batman and the first two seasons show his journey as the new Dark Knight. 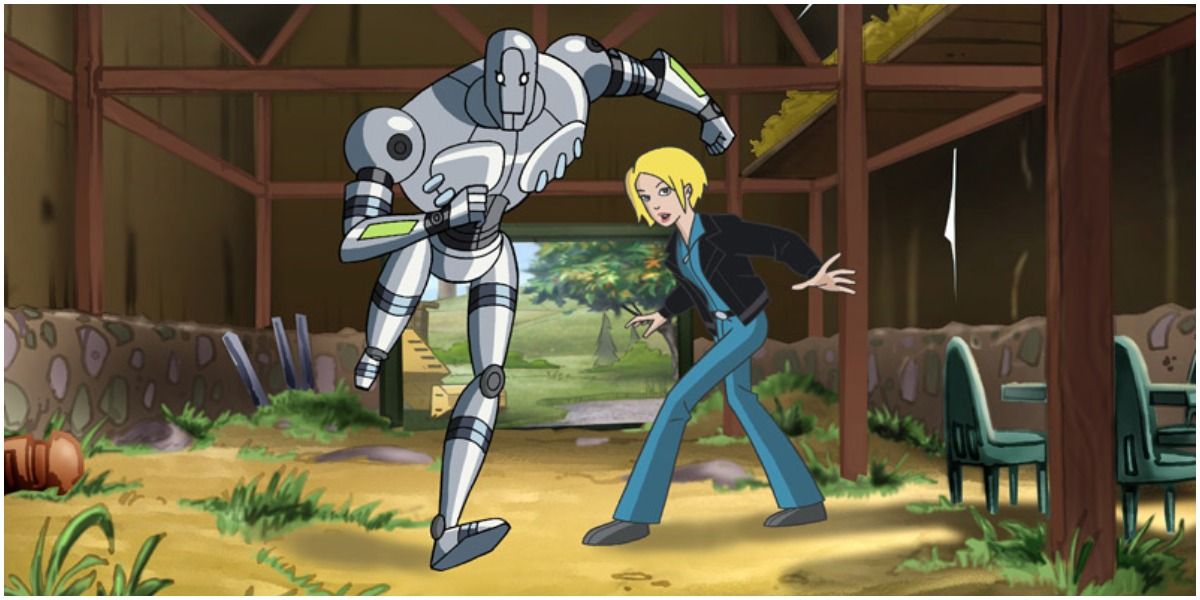 A spin-off show from Batman Beyond, The Zeta Project is based on a former assassin android who appeared in episode 33 of Batman Beyond. Zeta was an android who had gone rogue and gained a conscience, leading into the spin-off show that had the android team up with an orphan teenage girl named Ro. The show was canceled after 2 seasons, but Terry was able to make a cameo before then. 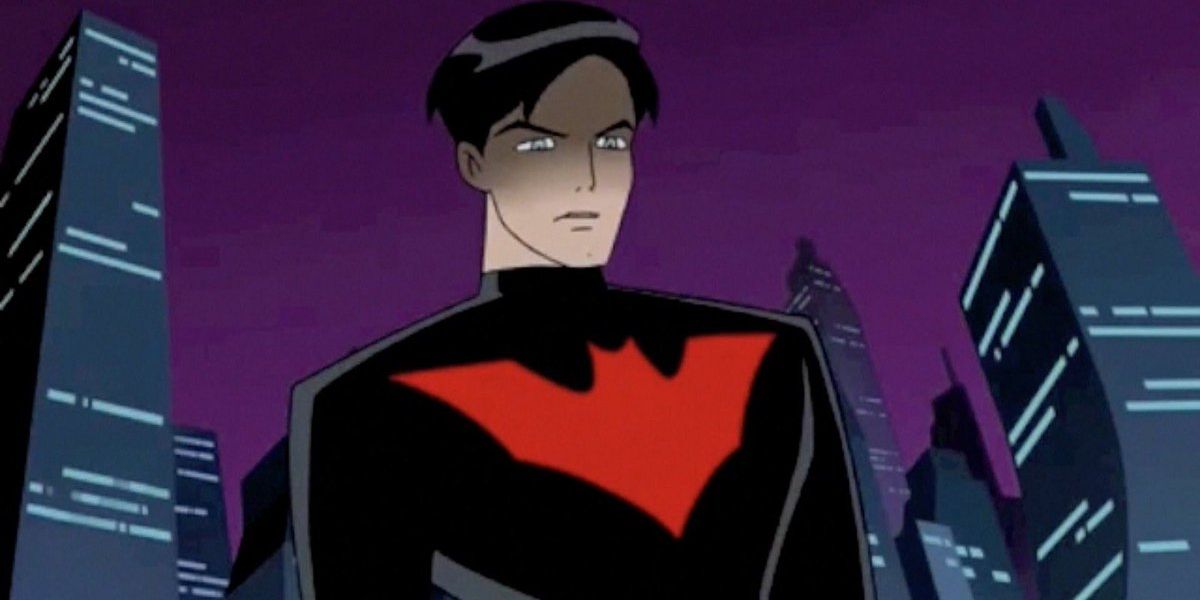 When Terry isn’t making cameos in Static Shock or The Zeta Project, he is busy dealing with the criminal organization KOBRA or the dreaded legacy of Ra’s al Ghul, joining the Justice League, and rescuing his kidnapped mother. The show was never given a proper finale, though it was finally worked into the DCAU in Justice League Unlimited and the next DCAU movie. 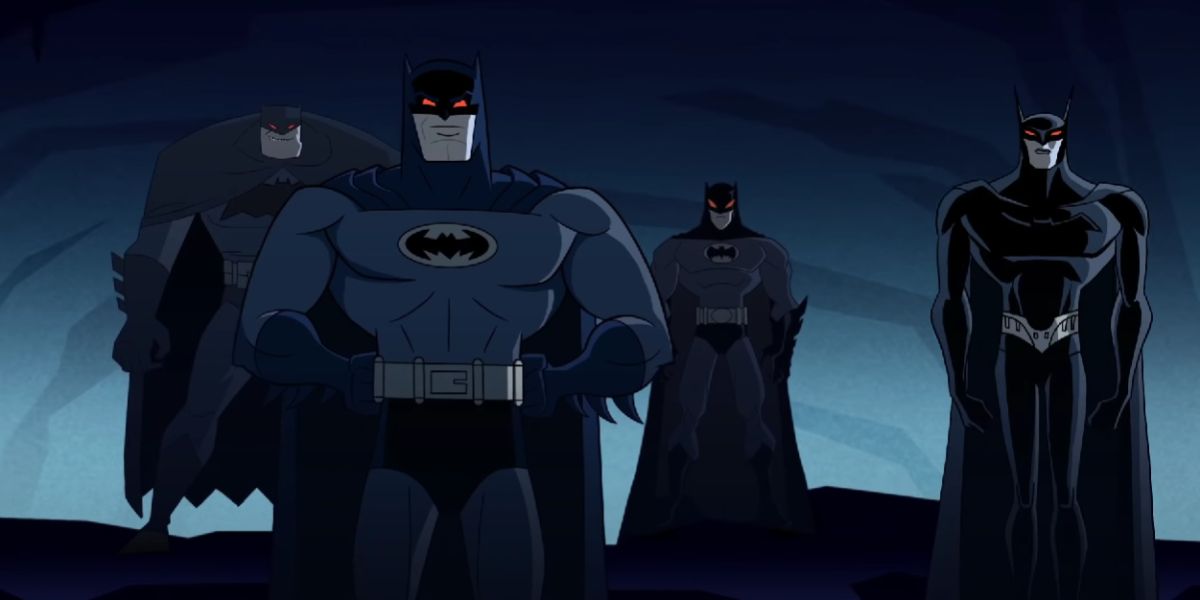 Released in 2014 in honor of the 75th anniversary of Batman, this short film by Darwyn Cooke has multiple robots that are made to look like different flavors of Batman who Terry and Bruce from Batman Beyond must fight. They include versions from other cartoons like The New Batman Adventures, The Batman, Batman: The Brave and the Bold and Beware the Batman, and the Batman from the animated The Dark Knight Returns movie. There’s also the first Batman from the 1939 comic, plus the Michael Keaton and Adam West versions.