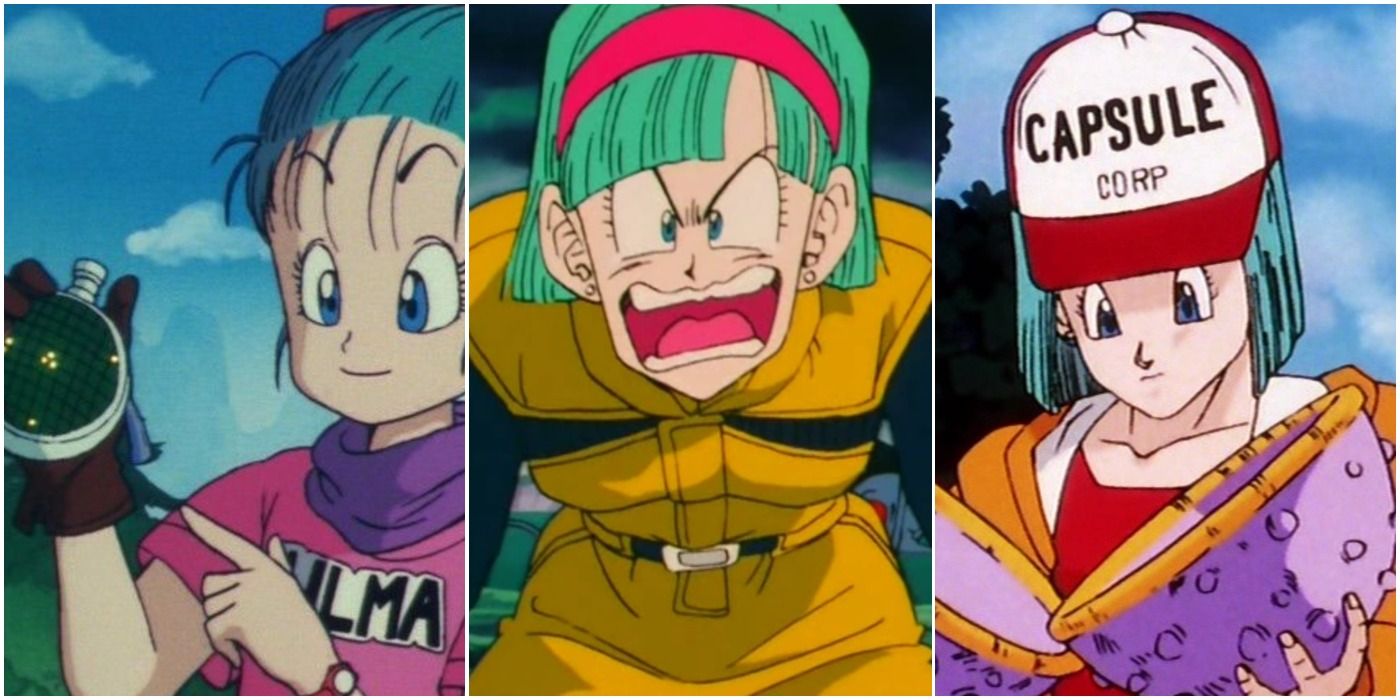 Bulma has been there from the very start. From starting a family with Vegeta to being turned into chocolate, a lot has happened to her over the years.

The anime industry is full of popular series that seem as if they’ll never completely disappear from the public consciousness, but the reception towards Dragon Ball remains staggering. Akira Toriyama’s formative shonen series has worked hard to evolve its story and structure in important ways, but Dragon Ball’s core values are never questioned.

At the same time, Dragon Ball doesn’t discourage change, and many characters experience substantial growth, especially during the transition period between Dragon Ball and its successor, Dragon Ball Z. One of the series’ most important characters, Bulma, has been present in Goku’s magical adventure from the very start. Bulma may stay off the battlefield, but she’s experienced some of the most development out of any character in Dragon Ball.

10 She Starts A Family With Vegeta 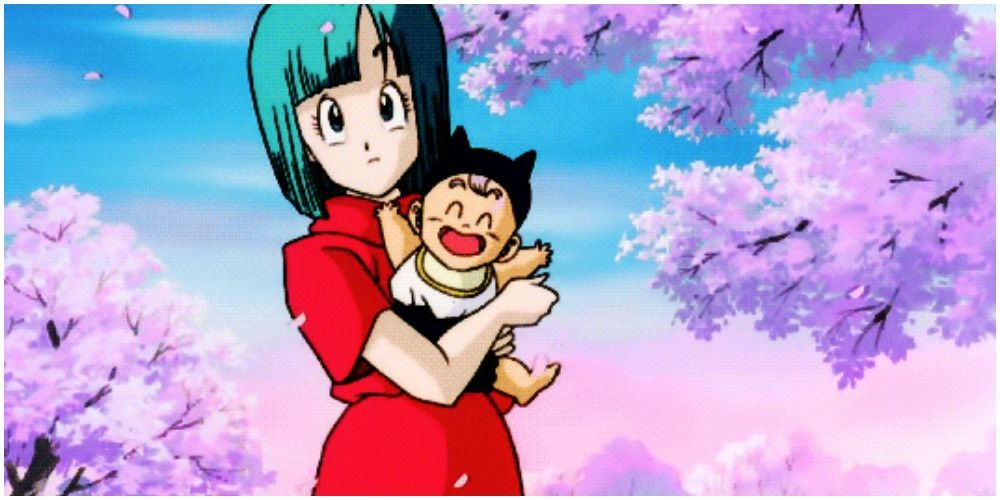 Arguably one of the biggest turning points in the entirety of the Dragon Ball franchise for any character is the bombshell revelation that Bulma and Vegeta have become a couple. This is such a bold move because it doesn’t just bring Bulma back into focus, but it starts the anime’s softening of Vegeta as he warms up to Bulma and the rest of Earth by proxy. One of the most recognizable differences between Bulma pre- and post-original Dragon Ball is that she grows from a spontaneous teenager to a dedicated wife and mother of two.

9 She Travels To Outer Space 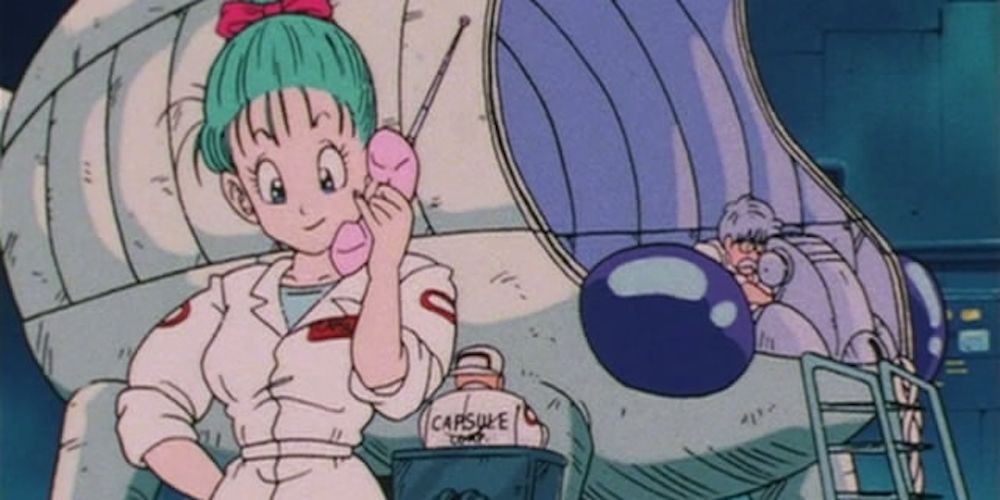 The original Dragon Ball still reaches some weird, broad places, but it’s considerably more grounded than the subsequent chapters of the anime. Bulma’s journey with Goku across the world to assemble the seven Dragon Balls is enough of a challenge, but Dragon Ball Z pushes Bulma and the rest of the characters out of their typical comfort zone by sending them into outer space. Dragon Ball Z begins the series’ fascination with visiting other planets, and Bulma is one of the first people who gets the privilege of traveling to Planet Namek.

8 She Meets Her End 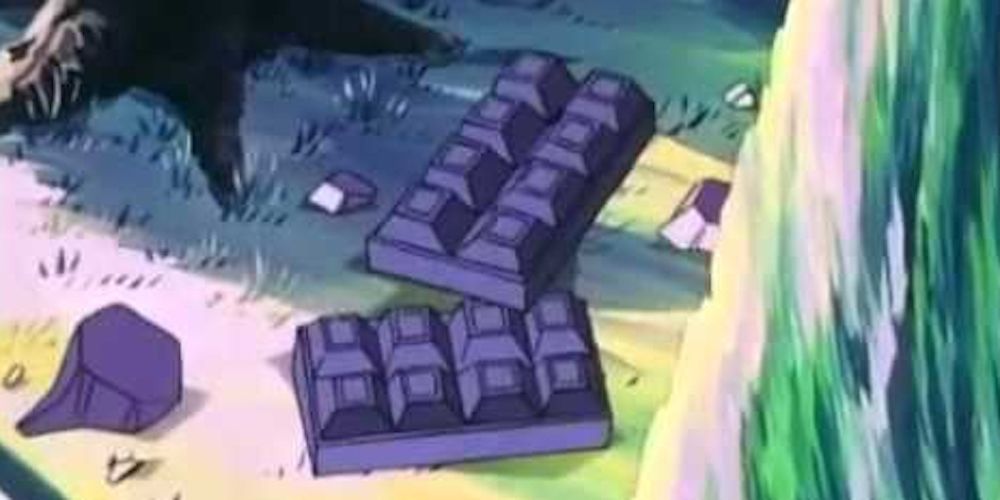 Dragon Ball has developed some convenient solutions to make the sting of death hurt a little less. The majority of the show’s cast have perished at least once, yet returned to life thanks to the powers of the Dragon Balls.

Bulma manages to avoid an early demise in the original Dragon Ball series since she’s not usually directly in danger or participating in battle. Dragon Ball Z features a tragic moment for Bulma when Super Buu transforms her into chocolate, only to then consume her. Bulma is eventually revived, but it’s a new experience for her.

7 She Figures Out Time Travel 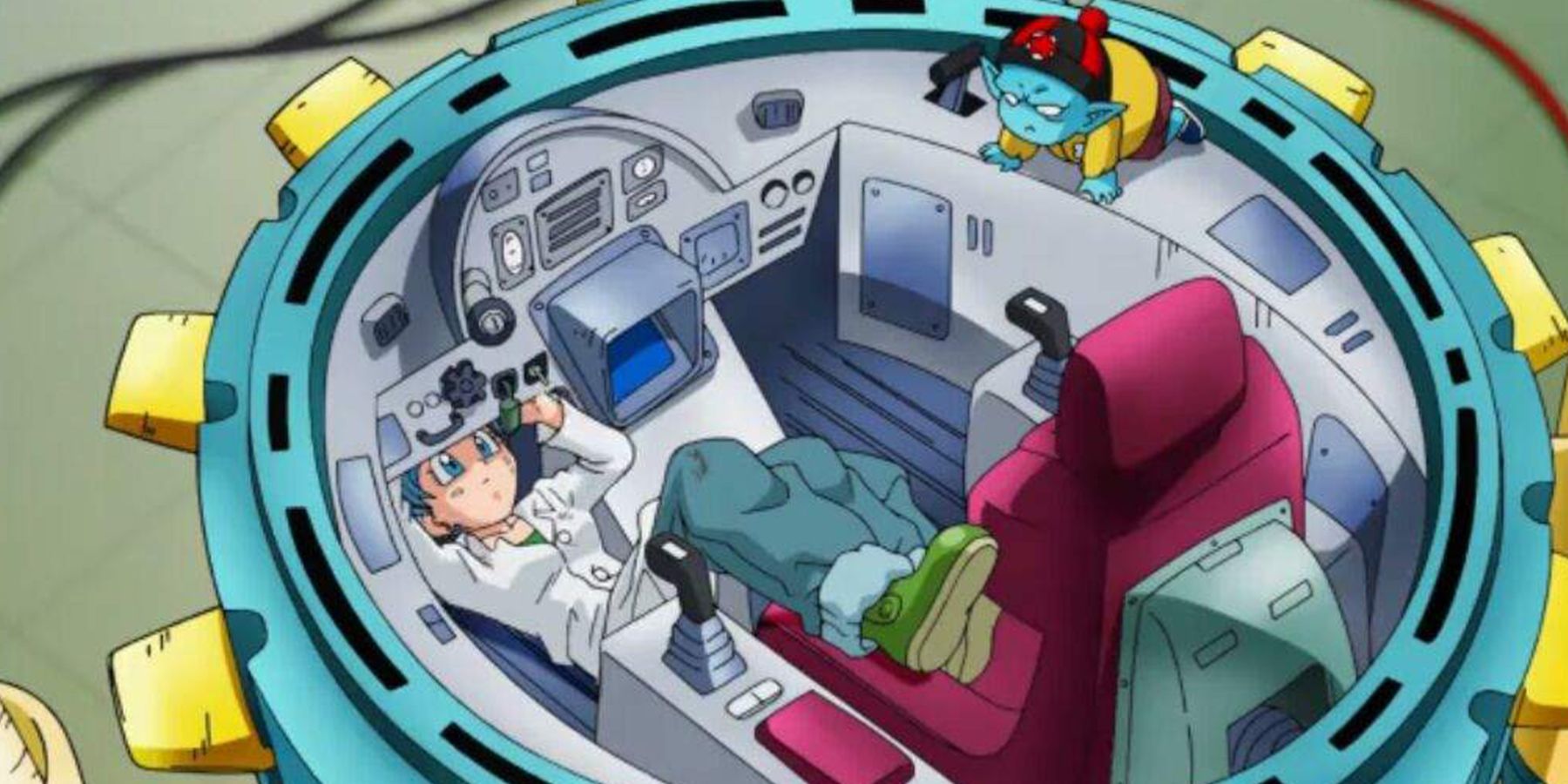 Bulma plays a vital role in the original Dragon Ball series when she reveals herself to be a tech genius with access to Capsule Corporation’s illustrious technology. Bulma’s brilliance is frequently taken advantage of in the series, but her skills reach unprecedented levels in Dragon Ball Z. The anime brings time travel into the equation, and it’s revealed that it’s actually a future version of Bulma that cracks the means behind this science. Time travel serves a crucial purpose in Dragon Ball, and none of it would be possible without Bulma’s intellect.

6 She Experiments With Many Different Hairstyles 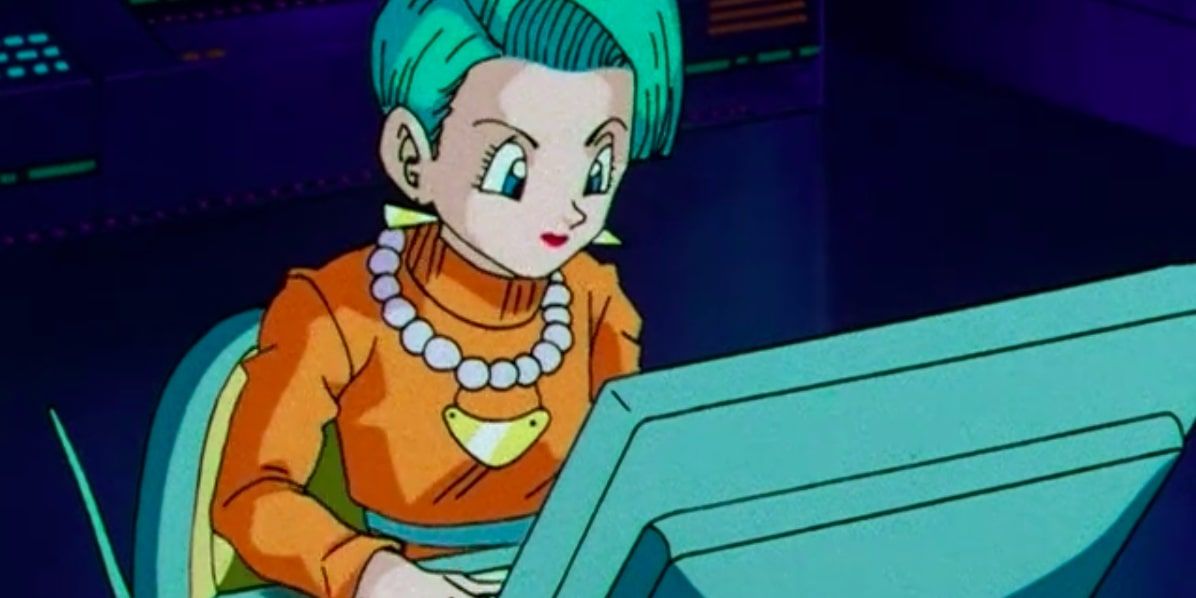 Bulma grows and changes in substantial ways when it comes to her development as a character, but she also undergoes a lot of superficial changes that are also worthy of discussion. The characters in Dragon Ball occasionally cycle through new looks, outfits, and hairstyles, but none experience more revisions than Bulma. There are lots of unique Bulma looks, and each new arc tends to portray her in a slightly different manner. Bulma’s look is much more consistent during her youth in the original series, but these many brief changes reflect her finding herself as an adult.

5 She Reconnects With Her Sister 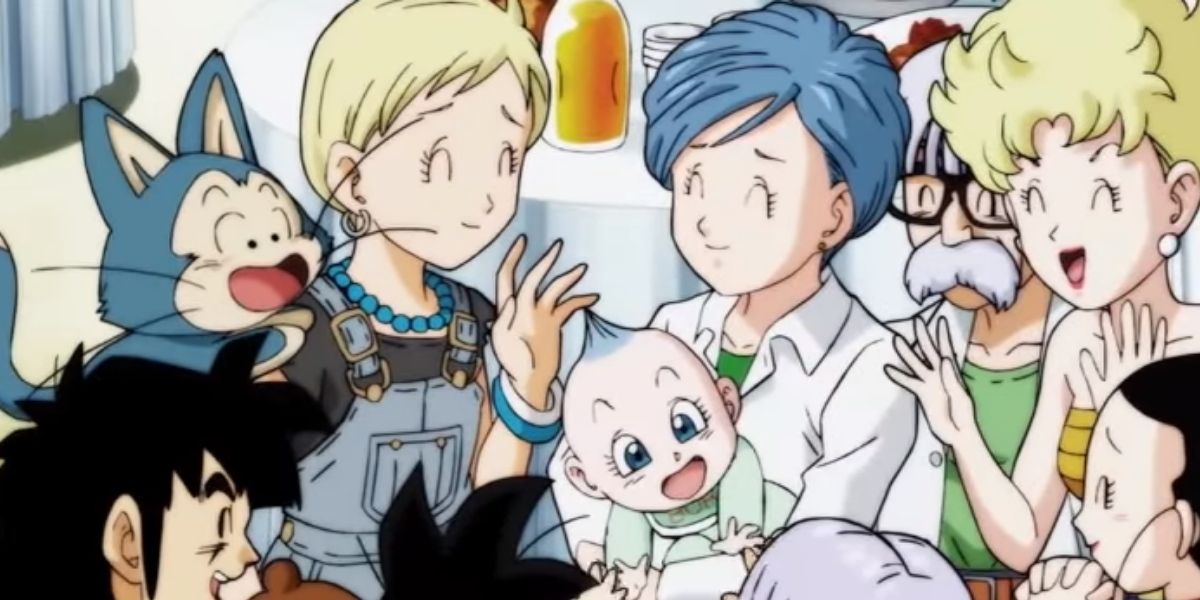 It often feels like the audience can know everything about a character in Dragon Ball, only for huge details to abruptly come out of nowhere. Accordingly, the audience spends hundreds of episodes with Bulma throughout the original Dragon Ball, but there’s no indication that she actually has a sister named Tights.

The reveal of the existence of Tights doesn’t happen until much later, and her significance doesn’t amount to much, but it’s still a big deal to learn that Bulma’s not an only child and that there’s more feminine brilliance within the Briefs family.

4 She Stands Up To A God Of Destruction 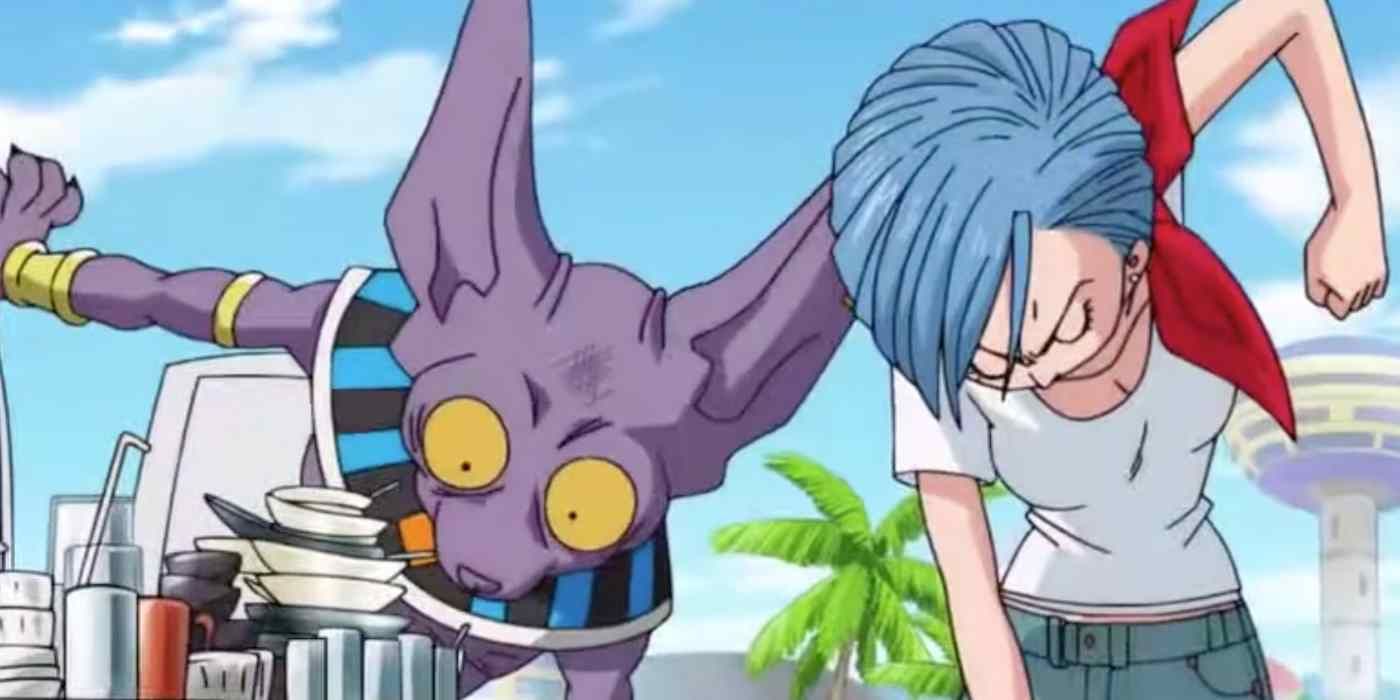 Many consider the crowning achievement of Bulma and Vegeta’s relationship to be when Vegeta defends Bulma’s honor to a God of Destruction, no less. Beerus is the first God of Destruction that’s encountered in Dragon Ball, and he brings with him a whole new plateau of power. Most characters are in complete reverence over Beerus, but Bulma isn’t afraid to speak her mind. Bulma doesn’t give Beerus any special treatment, which leads to him applying a swift backhand to her. Most humans can’t say that they’ve challenged a God of Destruction, let alone been attacked by one and still survived.

3 She Distances Herself From Yamcha 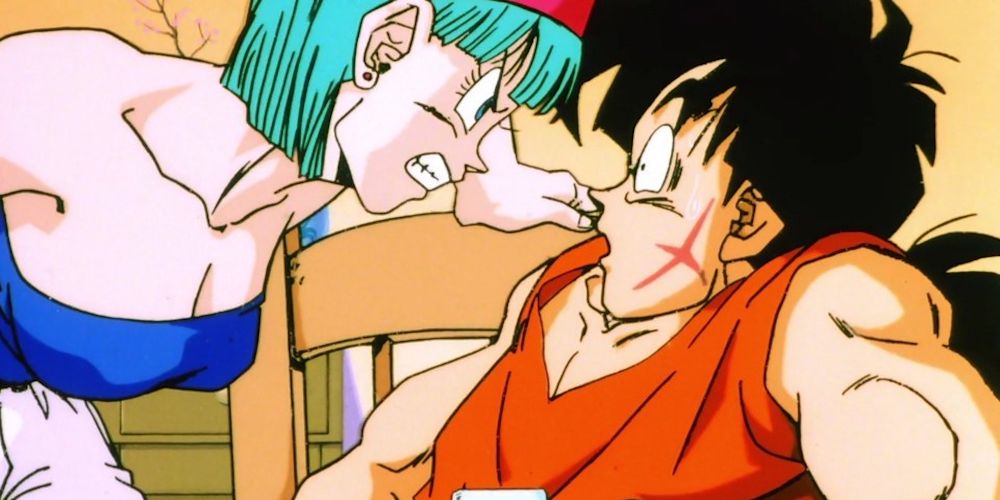 The original Dragon Ball has a much smaller cast of characters than the more unruly group of heroes that come into the picture in Dragon Ball Z. Goku travels with a close-knit group of allies, and for a long stretch of time, he’s only accompanied by Bulma and Yamcha. Hormones fly between Yamcha and Bulma, and the two awkwardly engage in an innocent flirtatious relationship together. The original Dragon Ball has a lot of fun with the tension between these two, but it looks like Bulma has grown out of this phase by the time that Dragon Ball Z begins.

2 She Gets An Ocean Liner Cruise Ship 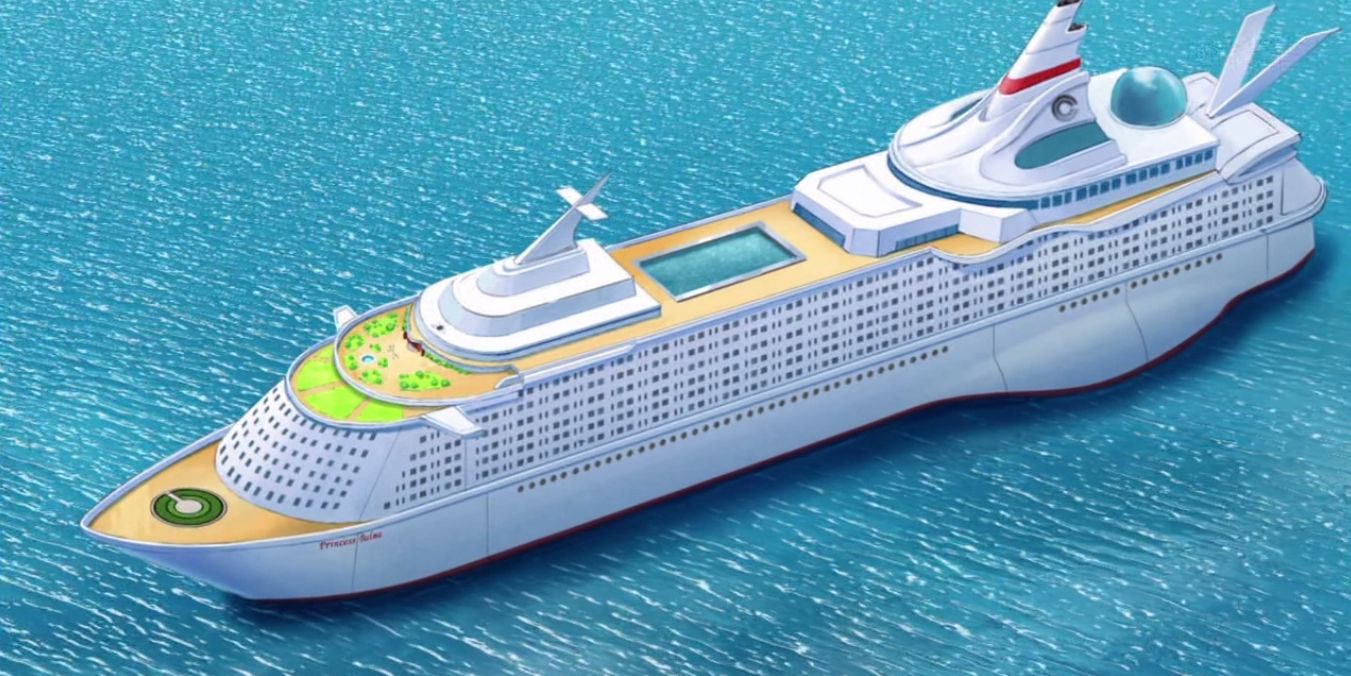 It’s never been a secret in Dragon Ball that the Briefs family are incredibly affluent, but the full extent of their riches doesn’t get highlighted until much later in the franchise. The original Dragon Ball equips Bulma with a seemingly never-ending supply of Capsule Corp. technology, but later, it’s confirmed that she and her family clearly occupy the 1%. Bulma engages in a birthday party on the Princess Bulma, a massive cruise liner that she apparently owns. It’s extremely excessive and a flagrant symbol of Bulma’s wealth. The Princess Bulma is barely used, but it’s out there.

1 She’s Taken Over And Turned Into A Villain 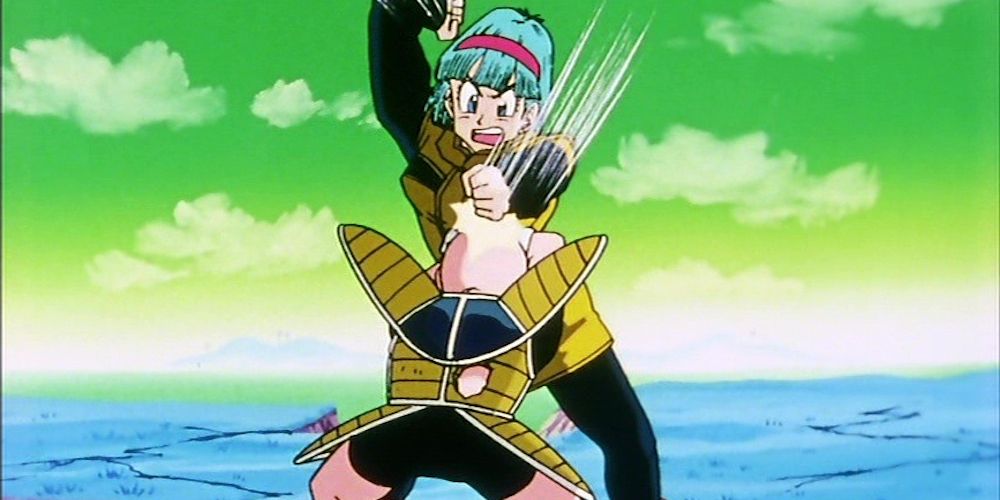 Bulma may not always be the most useful character in the original Dragon Ball, but her morality is never in question, and Goku doesn’t have to worry about her turning over to the dark side. Dragon Ball Z does experiment with Bulma’s status as a villain, albeit an unwilling one. The members of the Ginyu Force all possess uniquely dangerous abilities, but Captain Ginyu successfully executes his body-swapping maneuver on Bulma. Bulma’s consciousness is rightfully restored to her body, but there’s a period where Ginyu wreaks havoc in her form.