Dragon Age 4 Solas and Morrigan Have a Strange Relationship – DNews 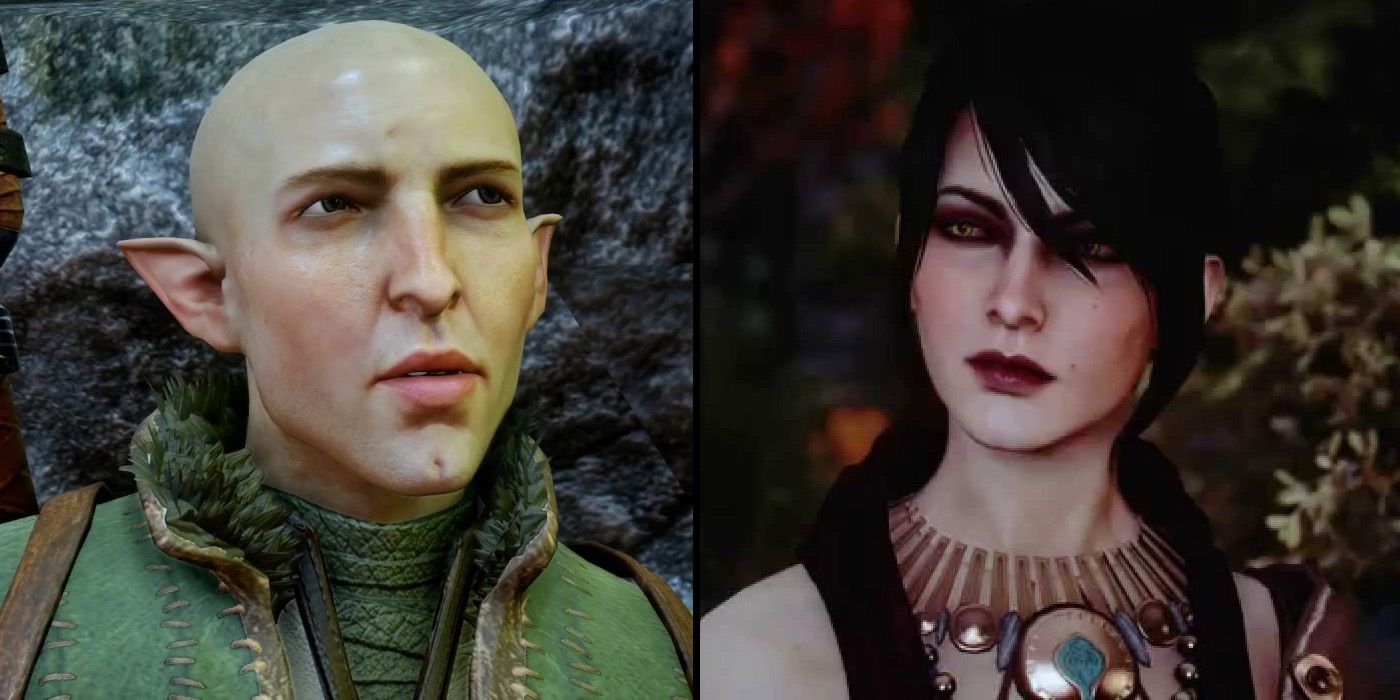 Dragon Age’s Morrigan and Solas are now tied together through events of the games, but what does that mean for the future in Dragon Age 4?

You Are Reading :Dragon Age 4 Solas and Morrigan Have a Strange Relationship

Dragon Age 4 is a long ways off, and there’s not a lot of information about its plot out there right now. One thing, though, is almost certain: Solas will play a big part in the upcoming game. Given everything that Solas has done and all that he secretly is, it also turns out that Solas is related to one popular Dragon Age character in quite the convoluted manner. 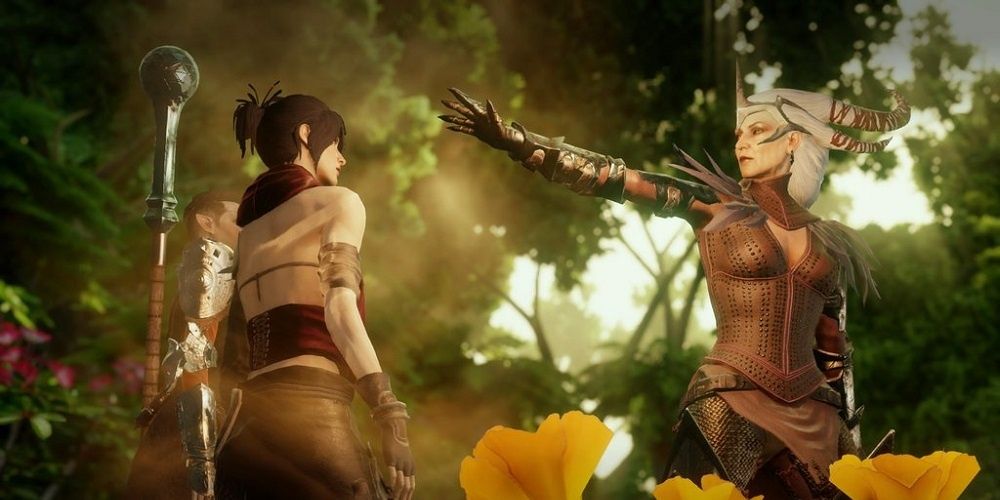 Morrigan and Flemeth always had a relationship that was terse at best and deadly at worst; it was clear while getting to know her that Morrigan didn’t have the most empathetic or loving mother in the world. Flemeth taught Morrigan the value of power over love, and that resulted in most of their exchanges having a noticeably harsh tone to them. It also becomes clear over the course of Dragon Age: Origins that Flemeth’s main motivation for sending Morrigan with the Warden was to eventually have her perform the Dark Ritual that would result in a baby with the soul of an Old God.

Now, cut to Dragon Age: Inquisition. It is revealed that Flemeth isn’t merely the Witch of the Wilds; she’s Mythal, or whatever is left of Mythal which took shelter in the body of the mortal Flemeth and has existed there for centuries. What’s more, if the Dark Ritual did happen in Dragon Age: Origins, then Morrigan has a son, Kieran, whom Flemeth/Mythal pays a visit to.

For those who didn’t get that scene, essentially, Kieran bolts through an eluvian and is found in the company of Flemeth, who reveals herself to be Mythal. During the conversation, Flemeth/Mythal appears to take something from Kieran, a bright magical light, after which Kieran asks, “No more dreams?” Flemeth/Mythal assures him that he’ll have no more dreams and lets him go.

The significance of all this is that, for one thing, Flemeth/Mythal is Morrigan’s mother, and for another, Solas appears to do the same thing to Flemeth/Mythal later. 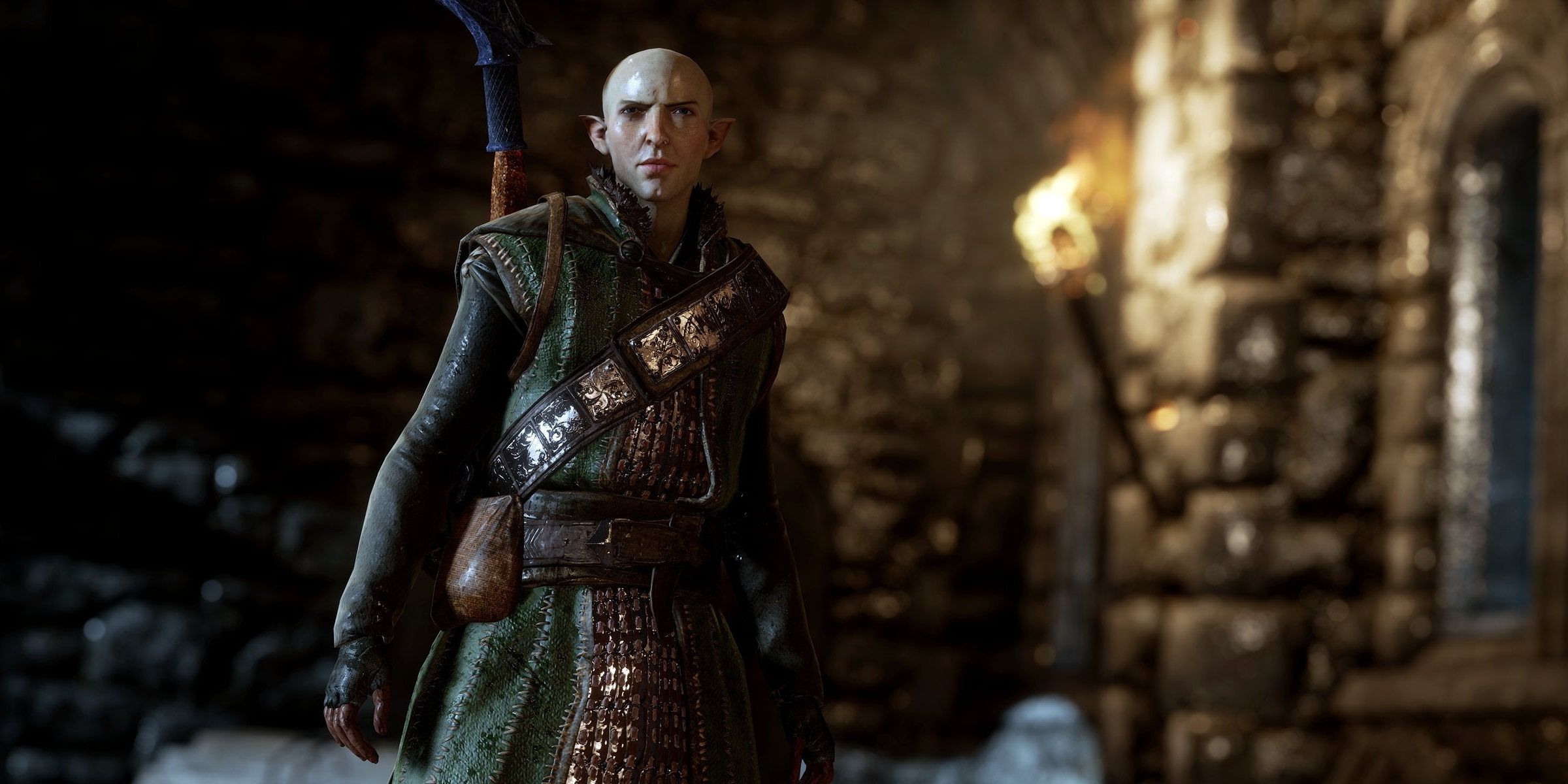 As Flemeth is Mythal, and Solas is Fen’Harel the Dread Wolf, the two have a very long-running history (and friendship). Mythal was the one elven god sympathetic to Fen’Harel’s cause and found herself murdered by the other elven gods for her beliefs. That history explains the two of them greeting each other as old friends when they meet in Dragon Age: Inquisition’s post-credits scene, and partially explains what happens next.

After a brief conversation, Solas appears to absorb Flemeth’s power, doing the same thing to her that she does to Kieran (if Kieran exists, depending once again on choices made in Dragon Age: Origins). Though, in Flemeth’s case, things don’t appear to work out as smoothly, and her body is outright turned to stone. What becomes of Flemeth after that, whether she even still exists, is a question that will likely be answered some other day, probably when Dragon Age 4 releases. The fact remains, however, that Solas now possesses the power of Mythal – and, if Kieran exists, then he also possesses the power of Urthemiel the Old God. 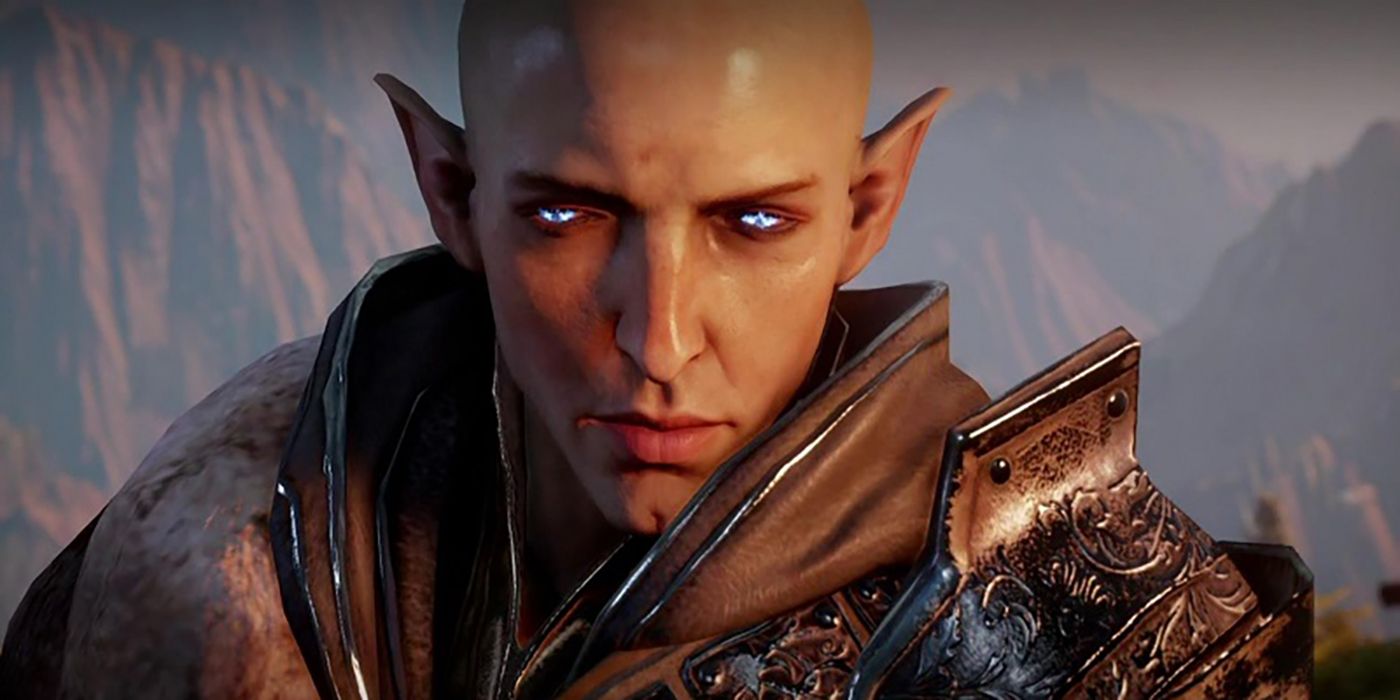 So, at the present time, it appears that Flemeth/Mythal is no more, and Morrigan is back on the run with or without her son, depending. Solas, meanwhile, is plotting to return the world to its “former glory,” tearing down the Veil and bringing back Arlathan and the empire of elves.

That, of course, spells disaster for Thedas as it currently exists, and is the reason that there’s a good chance Solas will be an antagonist, if not the antagonist, in Dragon Age 4. And the danger of him being an antagonist in the future is that he does hold the powers of Mythal, the elven goddess of motherhood and justice.

That comes in addition to the power he holds as Fen’Harel. And, if Kieran does exist, then Solas has Kieran’s power too. At the end of the day, Solas carries with him the power of two, if not three Old Gods (if the Elves are tied to them somehow), and that stands to be quite the problem for players to deal with come Dragon Age 4. It also means that Morrigan is, in a way, “related” to Solas, as he now carries the essence of her mother inside of him.

Solas, if he now holds all of Mythal’s abilities, could very well be able to control Morrigan or the Inquisitor, depending on who drank from the Well of Sorrows in Inquisition. That fact, along with Solas’ newly-forged relation to Morrigan, could mean that Morrigan will have some sort of role in Dragon Age 4, as could the Inquisitor themselves (Hawke appeared in Inquisition, after all, so the Inquisitor could definitely do the same).

At the end of the day, Solas is now a strange combination of himself, Fen’Harel, Mythal, and optionally, Urthemiel. He is connected to multiple living individuals on Thedas by virtue of that status, and planning to cause great catastrophe through those powers. All of that spells some interesting events coming for Dragon Age 4, though what exactly remains to be seen. If nothing else, a meeting between Morrigan and Solas would be fascinating to witness – even if fans can be reasonably sure she won’t address him as “Mother.”

Dragon Age 4 is in development now.