Doctor Doom Meets a New UltraWeird Variant of Himself – DNews 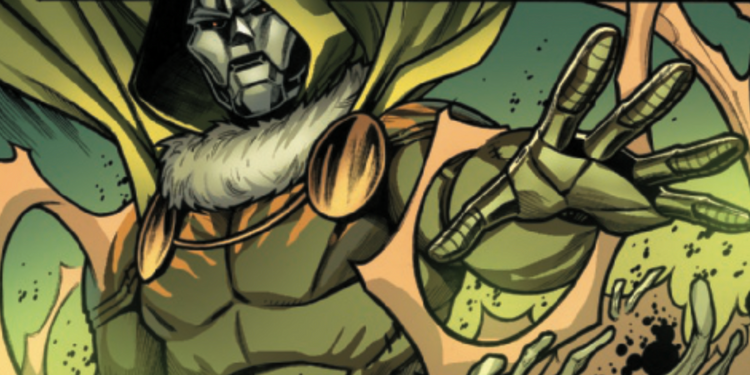 The villainous Doom Supreme comes face-to-face with a new, ultra-weird variant of himself while visiting Earth-91 in Marvel’s Avengers Forever #5.

You Are Reading :Doctor Doom Meets a New UltraWeird Variant of Himself

The following contains spoilers for Avengers Forever #5, now on sale from Marvel Comics

Marvel’s Avengers Forever #5 not only sees the return of Doom the Living Planet, but it also gives the iconic Marvel villain a new, ultra-weird variant of himself.

In Avengers Forever #5, Doom Supreme is collecting different variants of himself while assembling the nefarious Multiversal Masters of Evil, a group of the deadliest villains from across the entire Marvel Universe. After the Multiversal Masters of Evil face-off and eliminate a Man-Thing Avengers team on Earth-91 in 1,000,000 B.C., Avengers Forever #5 reveals Doom Supreme has met and captured his own Man-Thing variant during his time on the planet. 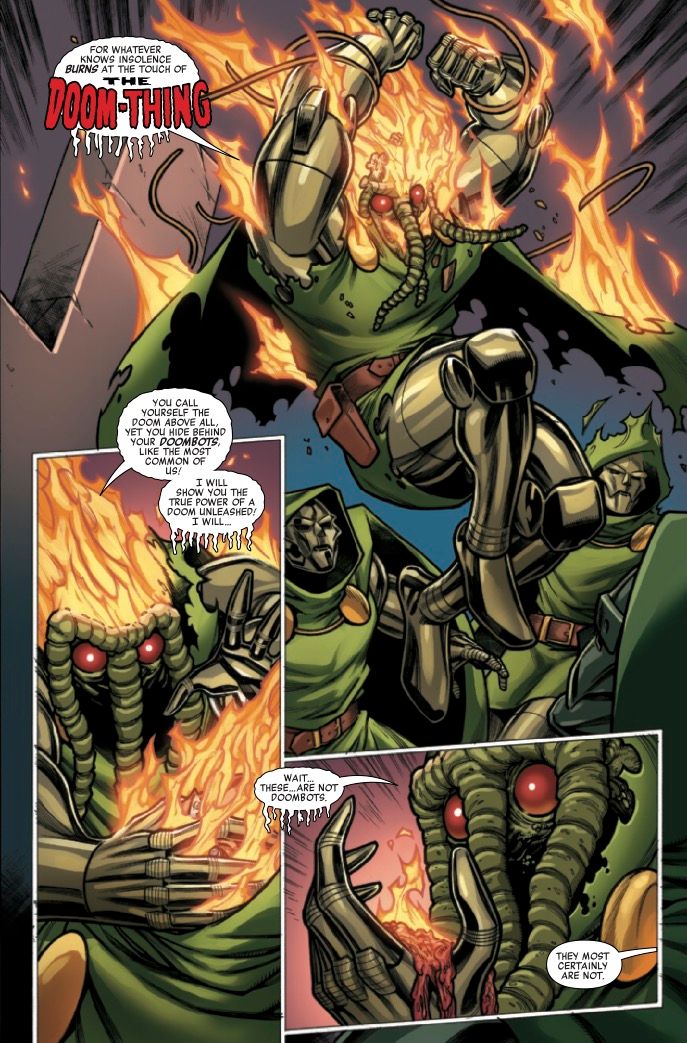 The variant, which calls itself Doom-Thing, is being held hostage by Doom Supreme so that the villain can essentially break him and force him to join his army. Doom-Thing nearly manages to escape at one point; however, he doesn’t make it very far after being corned by Doom’s army of variants. In response, Doom tells the other versions of himself to remove Doom-Thing’s eyelids and nail his head to a cross so that they continue.

Doom Supreme then enters into a long monologue explaining why he’s doing all of this to Doom-Thing and the other variants. He tells Doom-Thing that his powerful, mystical armor is not only made out of his former love Valeria’s flesh, but a collection of now-deceased Dooms. “It wasn’t enough that my enemies had suffered,” Doom Supreme explains. “If I was to know peace, I realized I needed them to have never existed. That was when I decided to murder my world’s Prehistoric Avengers. But my mystical labors had exhausted the enchantments of my armor. I would need to renew that power with another sacrifice. Yet I found I had nothing left to offer. There was no one else in existence whom I truly loved. Except, of course…myself.”

The issue ends with Doom-Thing fully submitting to Doom Supreme. Doom Supreme tells Doom-Thing to remove his own tongue and then clean up the mess, which Doom-Thing complies with. “The Doom Above All knows there is a flood that is coming, that will wash away the works of man,” Doom Supreme’s inner monologue reads as he walks away from Doom-Thing. “And he alone sees that which is most previous from all of creation. That which warrants being saved.”