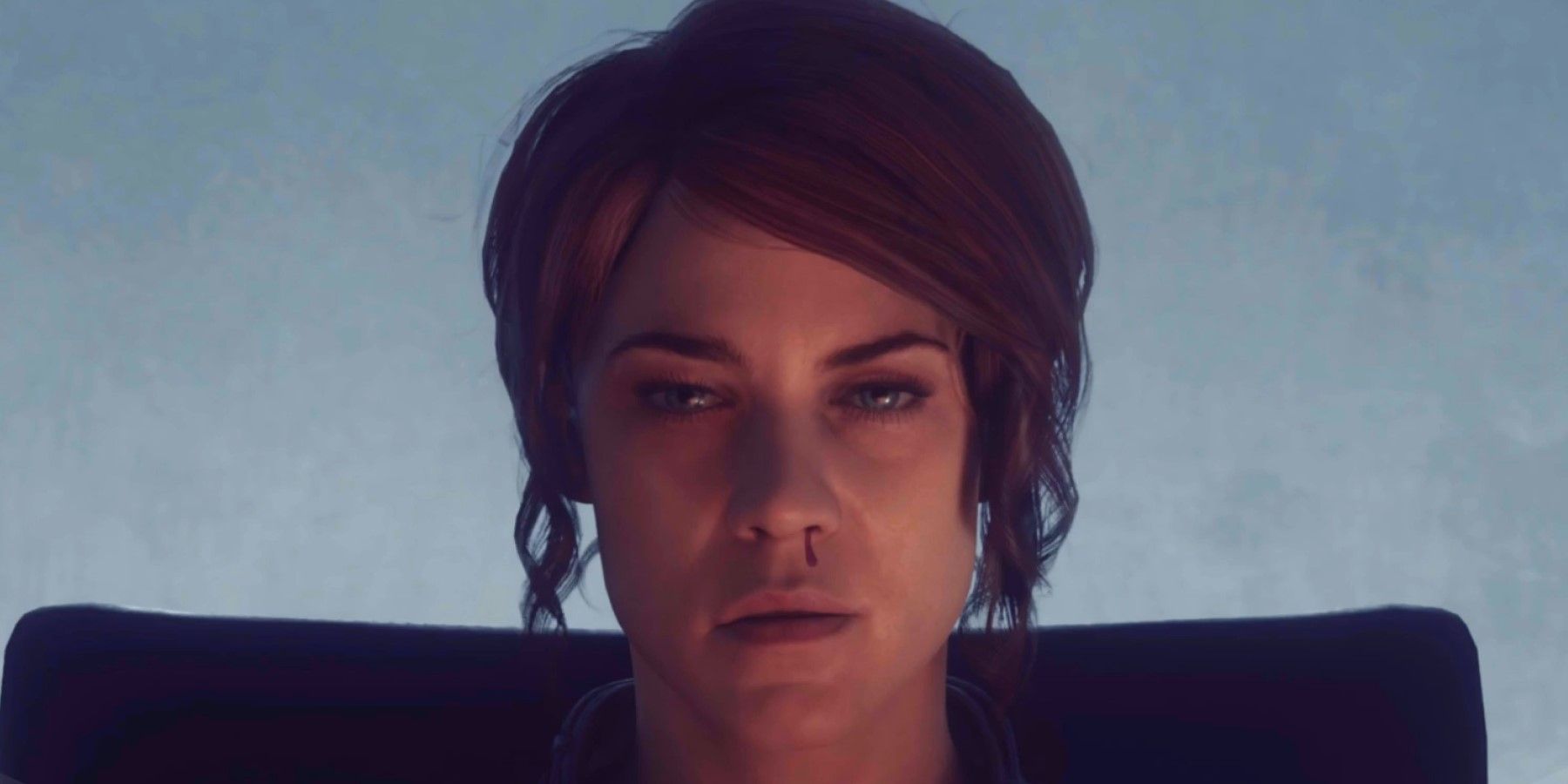 Control’s protagonist is Jesse Faden, the director of the FBC, also known as the Oldest House, a mere building that truly steals the show.

You Are Reading :Control Has One of the Most Unique OpenWorld Settings in Games

Remedy Entertainment is a studio known for making eccentric games. With Control, the trend continues and is taken to new heights. The game is heavily inspired by the SCP Foundation, which is a fictional organization that seeks to capture and neutralize anomalous entities before society finds out about them. The SCP Foundation has always been fertile grounds for a good video game, and there have been attempts but none have ever been on the big-budget scale of Control.

The game stars Jesse Faden who is a woman that is on the hunt for her brother. This has her coming into contact with Objects of Power, which are supernatural items that often look normal but behave in strange ways. Although a television that makes Jesse levitate and a floppy disk that lets her launch objects may be amazing, Objects of Power are not the most interesting part of Control. That honor goes to the setting. The entire game takes place in the Oldest House, a skyscraper standing somewhere in New York. It is constantly shifting and makes good use of the available space.

So Much to See 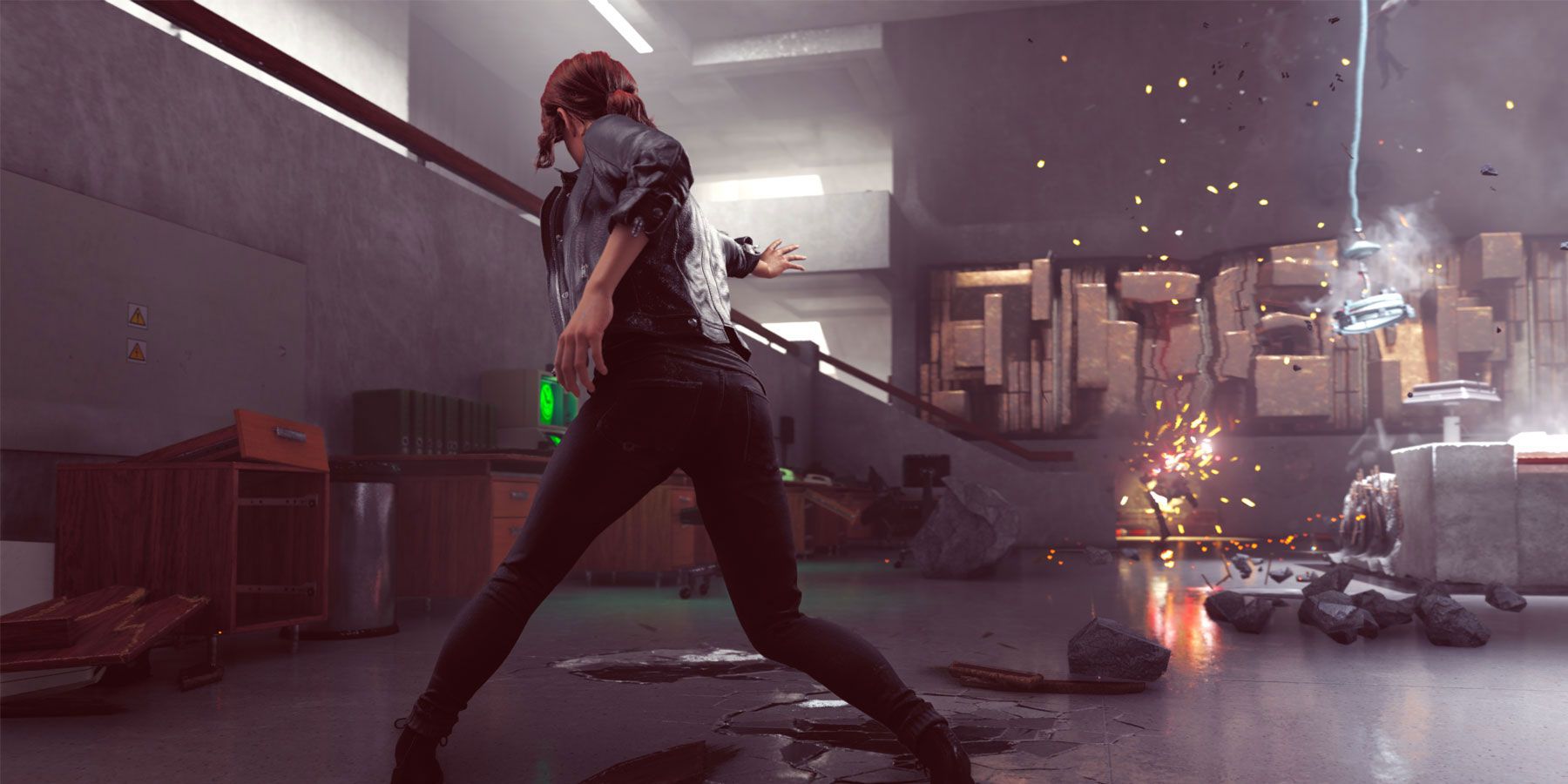 On the outside, the Oldest House looks pretty boring with its brutalist architecture. However, this only serves to conceal the world of wonder that lies within its walls. Every floor in the building houses different splendors that can be intensely psychedelic at some points, and with Control’s DLC, there is even more to explore. The top floor features the Executive Sector with its suede carpet and fine wood walls that look fit for a Fortune 500 CEO. Things get stranger on the floors below. The Research Sector, for instance, features rooms infected with an alien fungus and scintillating growths that appear otherworldly. Players can also head to the Foundation, an underground sector that features a vast cave network with red soil and turquoise crystals, or they can roam the Astral Plane, which is a white void featuring a black pyramid floating above.

For a game that takes place in a single building, Control is incredibly large, and even with elevators littered all around, it can be exhausting to travel all around the Oldest House. The game makes this easier by condoning some areas of the building off until players have a high enough clearance level first, allowing players to get familiar with a smaller chunk of the Oldest House before opening up more of the building.

With a world as large Control’s, it is easy to get lost in its sinuous corridors. Fortunately, players do not have to constantly bring up the map because there are signs on the walls which point to the nearest locations. Tiny details like that ensure that the Oldest House is a fun environment to explore. 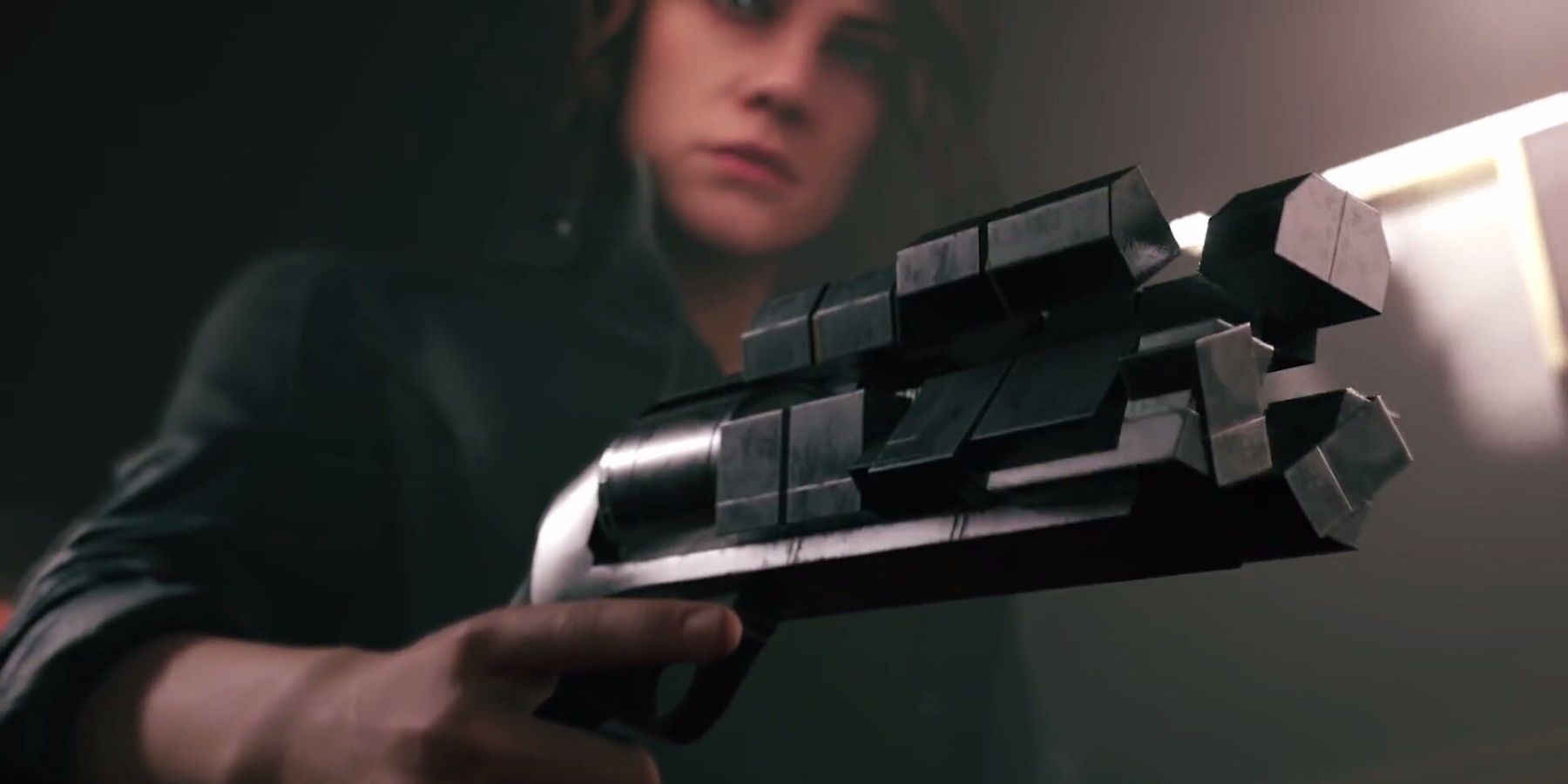 As director of the FBC, Jesse is needed all over the Oldest House. This often means she has to revisit certain locations. However, this is not a bore in the Oldest House because the different areas of the building are constantly changing, making every visit one that is full of surprises. This is seen with The Oceanview Motel and Casino, a location that is accessed by finding a light switch cord and pulling it three times. The motel operates on dream logic and every time Jesse visits it, she finds something different in the rooms. To escape from the motel, players must search all the rooms and solve the puzzle.

Perhaps the best example of morphing environments in Control is found with the ashtray maze. In the mission “Finnish Tango” Jesse finds a place that looks like a tony hotel with corridors that loop back onto themselves, leading right back to where she entered. However, once she has the right object, the ashtray maze becomes one of the best parts of the game as players zoom through a constantly changing labyrinth swarming with enemies while music blares. It is an experience that is not to be missed.

Players can also change environments by using Jesse’s powers and weapons. A thrown desk can knock over fire hydrants and leave dents in the wall. The end of a heated battle with a bunch of enemies can leave the area surrounding Jesse looking like it has been hit by a tornado. There is something oddly satisfying about how destructible the environment is that makes it worth trashing even when there are no foes around.

Fans of Control will be happy to know that Remedy will be giving gamers more of Jesse’s world. There are two games in the works. One is a four-player co-op game called Condor while the other is a sequel to Control. Hopefully, players will get to explore environments as dynamic as the Oldest House.