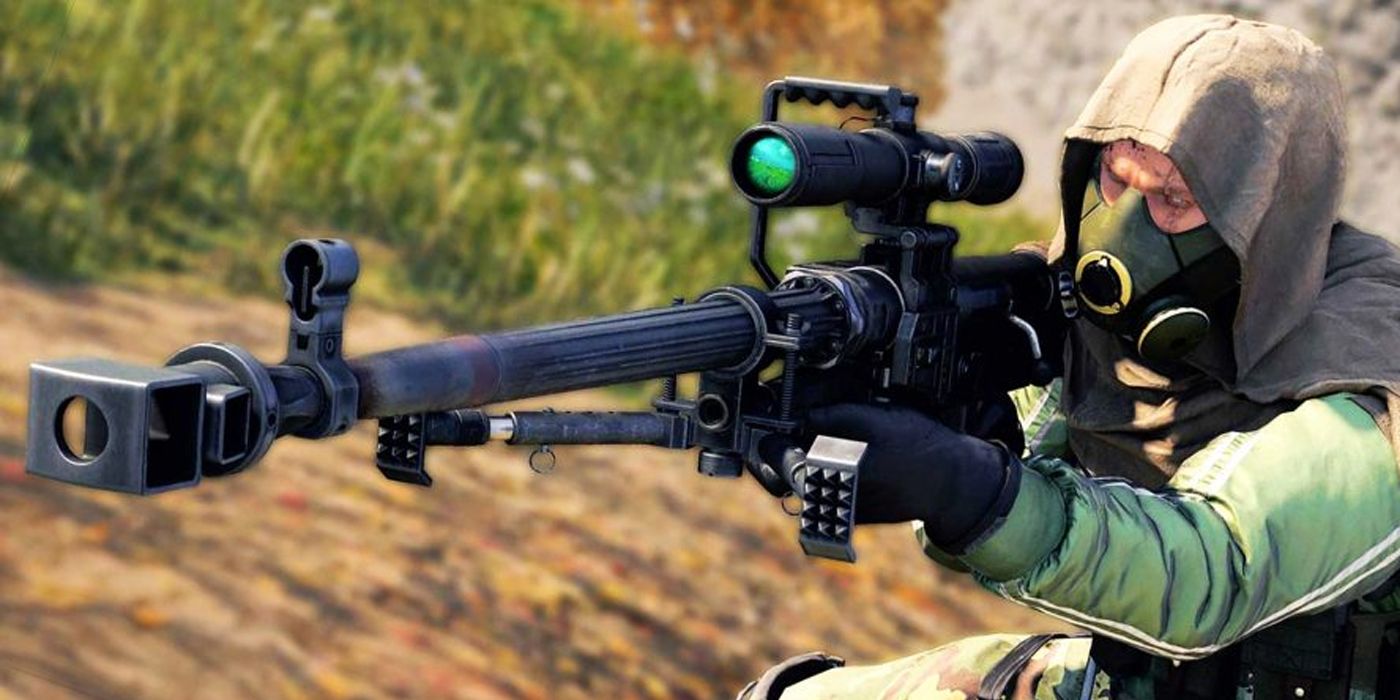 Call of Duty: Warzone snipers are a powerful tool with the ZRG 20mm being one of the strongest sniper options in the game in terms of firepower.

While there is debate among many fans which of the snipers is the strongest, the ZRG 20mm wins by firepower alone. Designed as an anti-vehicle weapon, the ZRG 20mm holds three rounds of powerful ammunition that can down most players in one shot. This makes it a strong contender in the Call of Duty: Warzone meta, provided players learn how to harness its strengths above its weaknesses.

In Call of Duty: Warzone, the ZRG 20mm is a weapon added to the armory from the Call of Duty: Black Ops Cold War integration. The sniper has a fast bullet velocity with a slow fire rate that deals additional damage to vehicles as opposed to other rifles. The one-shot kill threshold applies to enemy heads, shoulders, and torso, giving a wide range of options for downing enemy combatants. While it is strong in force, it has heavy recoil, and players will need to adjust for its bullet drop distances when making longshots. 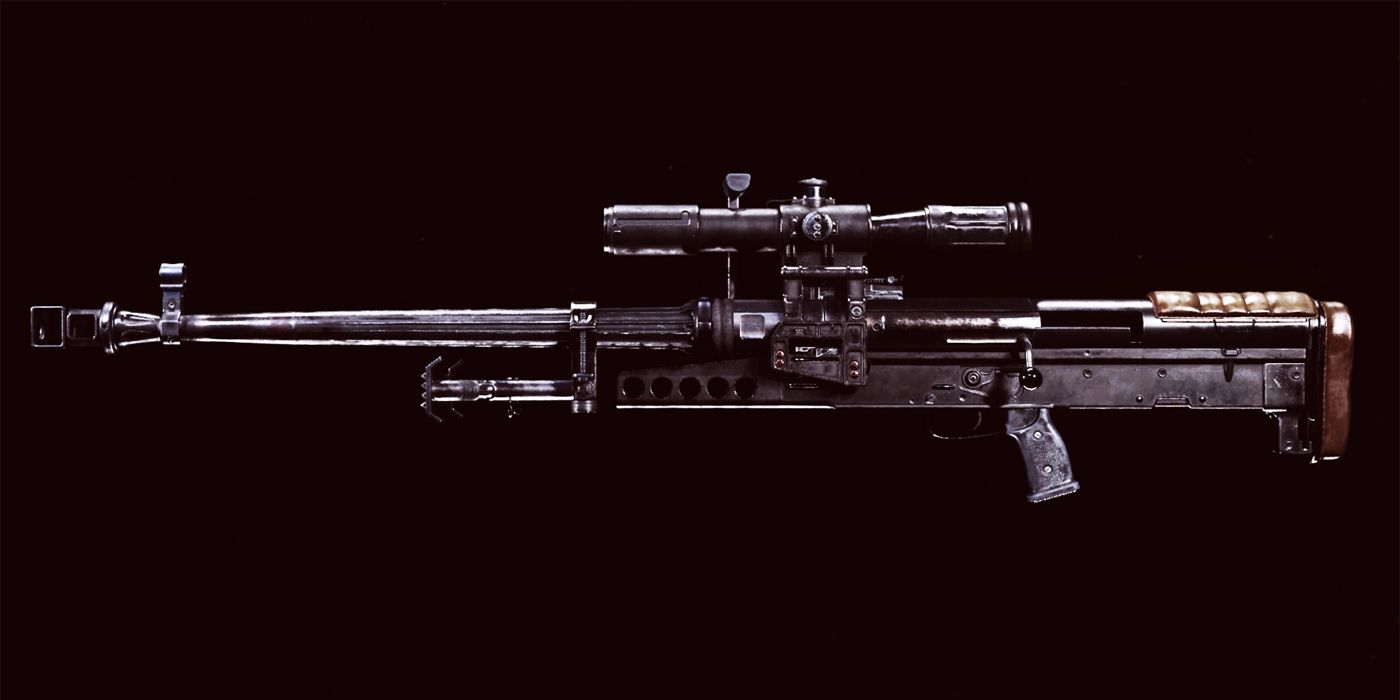 For this Call of Duty: Warzone loadout, players will want to start with the weapon’s muzzle, barrel, and ammunition. The muzzle slot should be applied to the Agency Moderator, also known as the Wrapped Suppressor, as it is one of the strongest muzzle attachments offered in Call of Duty: Warzone. For a less silent option, the Infantry Stabilizer can also work, but fans will lose the damage and silenced nature in the exchange.

The barrel attachment will increase the range and bullet velocity of the rifle. Most Call of Duty: Warzone sniper loadouts tend to run the longest barrel possible, and the ZRG 20mm should follow suit. The 43.9″ Combat Recon barrel will increase bullet velocity and decrease idle sway. Some fans prefer the 42.7″ SIGMA Special due to its damage increase, but it will reduce the weapon’s already slow fire rate by an additional 19%.

Running out of ammo in combat forces fans to go through a rather slow reload animation. To avoid this, players should use a STANAG 7 RND or Salvo 6 RND Fast Mag attachment. These will both increase the ammo capacity of the weapon, which defaults at three, but the Salvo adds additional damage and Fast Mag reload potential. The important factor is to have additional ammo; after that, it is generally left to individual preference.

Fans should avoid putting a laser on this rifle and instead turn towards the underbarrel and stock attachments for further options. If fans want to reduce the recoil of the weapon, they can use a Bipod or invest in the Patrol Grip. Meanwhile, the stock option will increase the weapon’s mobility, with most fans favoring the CQB Pad and Raider Stock as their go-to attachments. As with many weapons, Call of Duty: Warzone Optics are left to personal preference when it comes to sniper loadout builds. 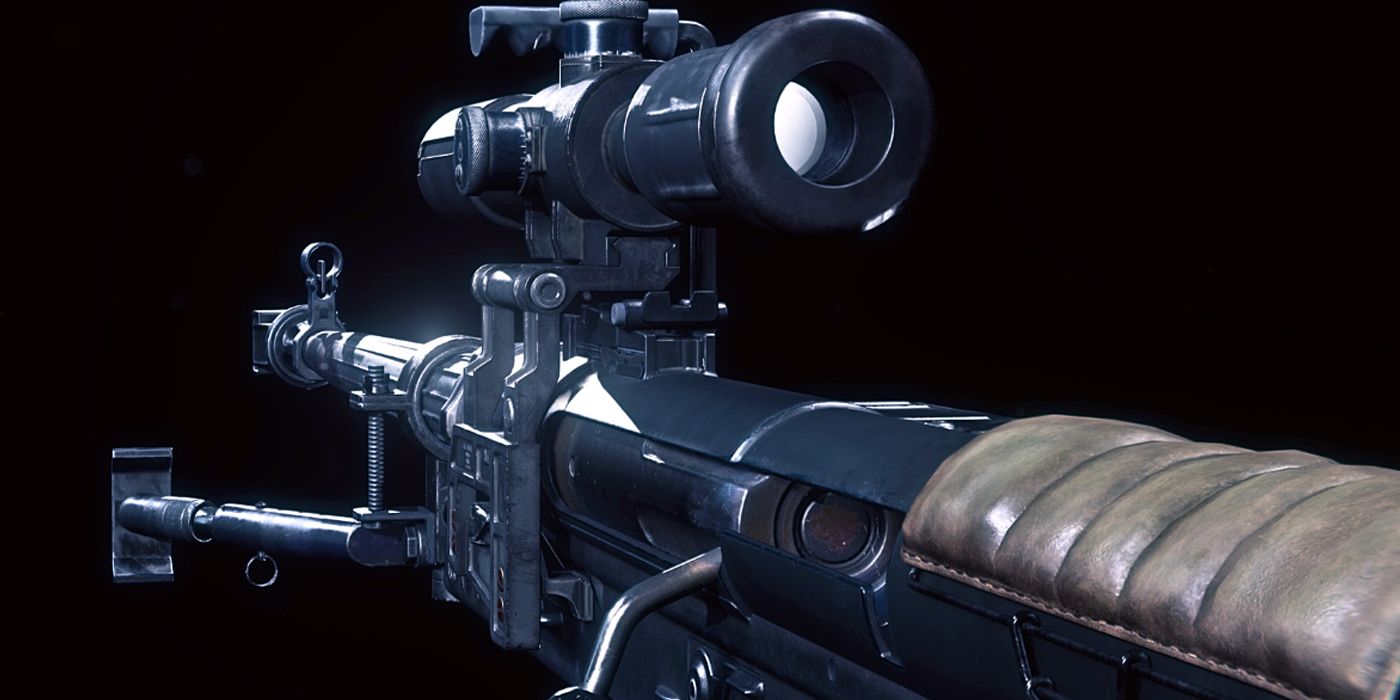 When it comes to building a loadout for the ZRG 20mm, fans should first look at their perk selection. In general, the Call of Duty: Warzone perks should complement the player’s tactics within the game. Seeing as the ZRG 20mm is a weapon designed for long-range camping strategies, the fan’s first pick should be Cold-Blooded to avoid thermal scopes.

This should then be paired with Ghost for additional stealth or High Alert for more aggressive playstyles to avoid being caught off guard. The final perk should be Amped or Tracker, depending on the secondary weapon. Amped is good for quick weapon swaps, but Tracker will allow for more aggressive push opportunities provided the player has a close-combat secondary option.

Fans should equip C4 or Claymores in their lethal slot, and the tactical option should be a heartbeat sensor or stim pack. This allows for anti-vehicle options during final zones and more information when pursuing new camping locations within Call of Duty: Warzone.

By default, the best secondary to choose is the 1911 pistol for this loadout. However, fans will want to replace this with an SMG or Assault Rifle mid-match for a more aggressive mid to short-range option. When moving into the final zone, it may be wise to stay in the outer ranges of the circle as the ZRG 20mm is designed for long-range battles. 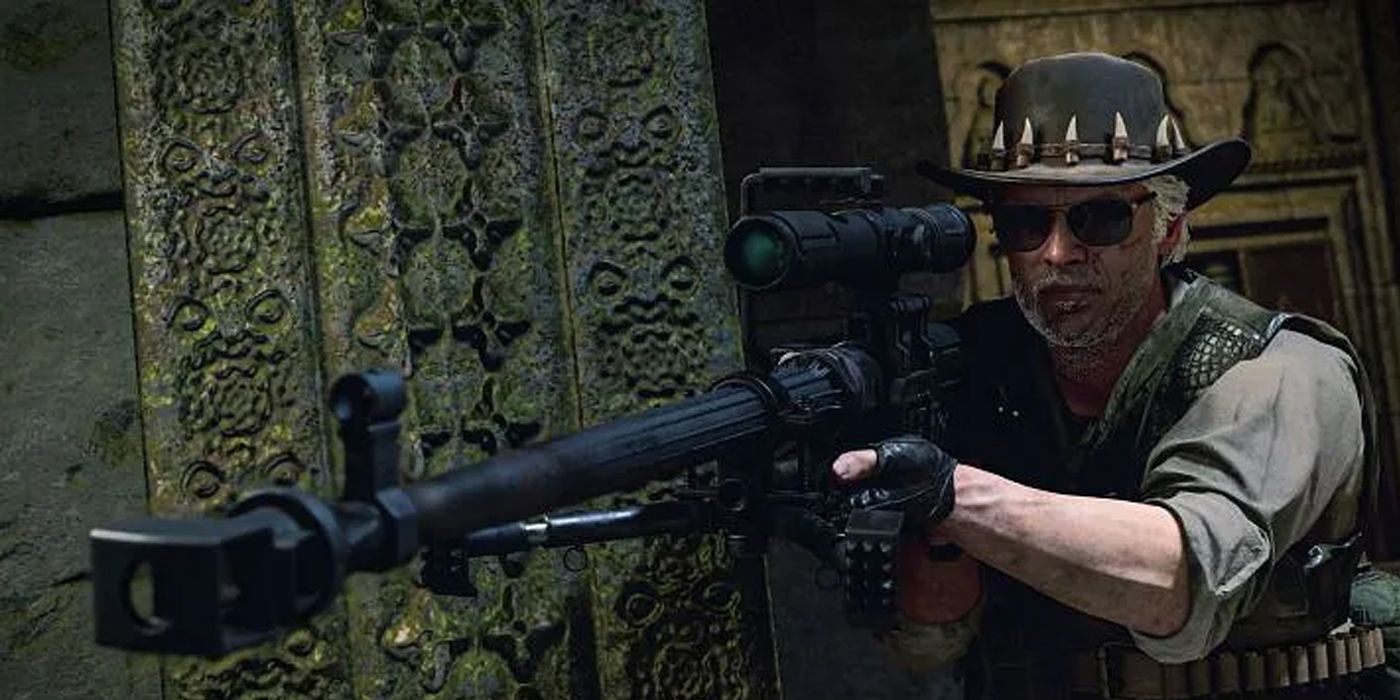 This Call of Duty: Warzone loadout is designed for long-range battle and prioritizes accuracy over mobility. The Agency Moderator offers suppression to the gunfire; meanwhile, the 43.9″ Combat Recon barrel will extend the weapon’s bullet velocity and damage thresholds. The Salvo 6 RND Fast Mag offers quick reload capabilities along with a minor damage increase. Paired with the Bipod underbarrel, fans will see an increase in recoil control while the Raider Stock makes ADS aiming more viable in quick-fire situations.

This loadout is best paired with a C4 lethal and a Stim Pack tactical option. Call of Duty: Warzone snipers should stay at long range and attempt to stay hidden to gain the ultimate advantage over their enemies. Perks like Cold-Blooded, Ghost and Amped will make fans hidden but still quick on the weapon swap to a secondary weapon. Equip the 1911 pistol and seek out an SMG, Shotgun, or Assault Rifle throughout the match.

With this loadout, players will want to stay on the high ground and move with the circle. There is an additional threat to the rear flank when scoped, so be sure to plan accordingly when choosing a sniper perch throughout Verdansk. Fans will need to compensate for the bullet drop on this rifle, but once adjusted, they can rely on it to be a consistently deadly option on the battlefield. Call of Duty: Warzone is an evolving battlefield, but players who navigate the map carefully will have an increased chance at victory.

Call of Duty: Warzone is available on PC, PS4, PS5, Xbox One, and Xbox Series X/S.