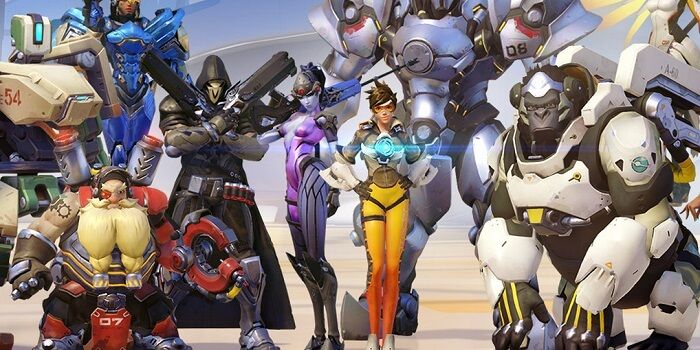 Blizzard is happy with Tracer’s performance in Heroes of the Storm and is considering bringing more Overwatch characters into the multiplayer online battle arena.

You Are Reading :Blizzard is Looking To Add More Overwatch Characters to Heroes of the Storm

Blizzard is happy with Tracer’s performance in Heroes of the Storm and is considering bringing more Overwatch characters into the multiplayer online battle arena.

Overwatch has been out for over two months now and the team-based first-person shooter is still thriving on multiple platforms. The competitive scene is starting to grow now that ranked play is available and frequent patches to adjust character strengths and weaknesses have balanced the game well. As Overwatch becomes a stronger part of Blizzard’s powerful brand, fans of the developer’s other games may start to become more familiar with it as well.

A few weeks before Overwatch was officially released, one of the game’s heroes, Tracer, made her Blizzard debut as a playable character in Heroes of the Storm. The speedy hero was so strong that she actually warranted a nerf, but even after reducing her power the community still ranks her as one of the most popular playable characters in the MOBA. After the warm welcome Tracer received in HotS, it sounds like Blizzard is ready to start thinking about adding other Overwatch characters to the game, as well.

Currently, Heroes of the Storm includes characters from all of Blizzard’s biggest IPs like Warcraft, Starcraft, and Diablo. During a recent interview, Lead Hero Designer Kent-Erik Hagman discussed Tracer’s popularity and his interest in pulling other Overwatch heroes into the Nexus…

“I’d say the reaction to Tracer has been overwhelmingly positive! She has such a fun, almost militantly- positive personality that brings a unique voice to the Nexus.”

“Having seen how our players reacted to her, you can definitely say that we’re looking at adding even more Heroes from Overwatch! There are so many awesome characters that we think would make great, unique additions to Heroes of the Storm.”

Although Hagman stopped short of promising that Overwatch characters were on the way, or mentioning any specific characters by name, it sounds like Blizzard plans to continue stretching out the HotS roster and saving a few spots for Overwatch heroes.

The addition of new HotS characters is also exciting, but each new roster option also opens up lots of possibilities for balance issues. HotS has managed to foster a very active competitive scene and any change to the meta game means complications for players who are attempting to stay at the top of the monthly rankings and win major tournaments.

There are plenty of characters from Overwatch that seem like they would make a perfect fit in HotS, so it’s exciting to think about who Blizzard would bring over next. Using Reinhardt’s shield as a tank in HotS sounds like a ton of fun and Torbjörn’s turrets seem like a great way to introduce another powerful support hero.

Would you be excited to have more Overwatch characters in Heroes of the Storm? Let us know in the comments.

Heroes of the Storm is currently available for PC.

Overwatch is currently available on PC, PS4, and Xbox One.