Batwoman Canceled By The CW After 3 Seasons – DNews 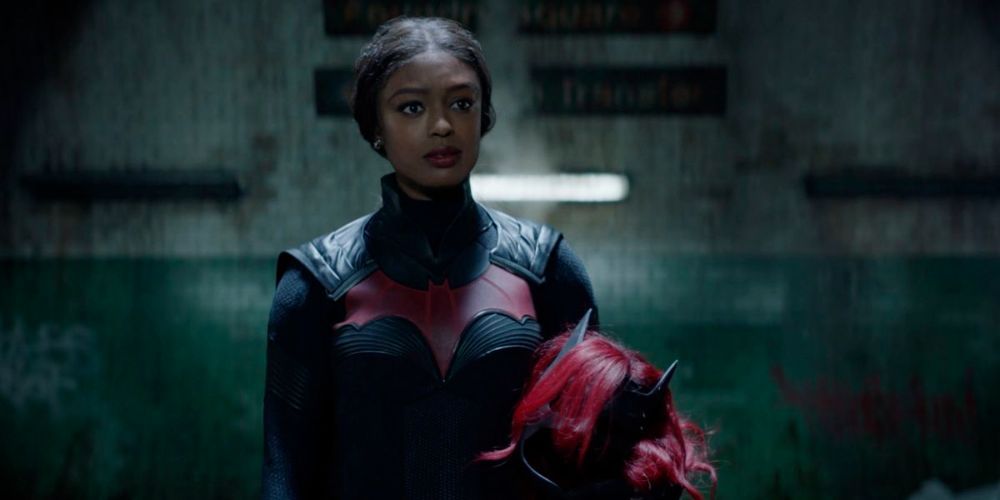 Batwoman showrunner Caroline Dries announces that the series has been canceled after three seasons on The CW.

You Are Reading :Batwoman Canceled By The CW After 3 Seasons

Batwoman has been canceled on The CW after three seasons.

Showrunner Caroline Dries announced the cancelation on Twitter. “Just got the sad news that [Batwoman] will not be seeing an S4,” she wrote. “I am bummed, but full of gratitude. What an honor to make 51 episodes. So many inspiring, brilliant people contributed to this series. Thank you producers, cast and crew. Thank you, fans! We love you.”

Batwoman aired its Season 3 finale, or its series finale, on March 2. News of Batwoman’s cancellation comes after The CW renewed only two of its Arrowverse shows for additional seasons, which consist of The Flash and Superman & Lois, which left the future of Batwoman up in the air. Recent reports suggested that only two of The CW’s remaining DC shows (apart from The Flash and Superman & Lois) would be renewed for additional seasons. With Batwoman off the table, that leaves Gotham Knights, Legends of Tomorrow and Naomi.

The CW canceling Batwoman also comes after the show’s writers launched a campaign asking fans to push for a fourth season. “Stream season 3 and share your appreciation, favorite scenes, memories, and why Batwoman should be renewed,” they wrote on social media. “Include RENEW BATWOMAN in your posts.” The writers of Legends of Tomorrow launched a similar #RenewLegendsofTomorrow campaign as well, in the hopes that The CW would give the series an eighth season, which has yet to be confirmed.

Batwoman premiered on The CW in 2019 with Ruby Rose in the title role as Kate Kane/Batwoman. However, Javicia Leslie has portrayed Ryan Wilder/Batwoman on The CW series since Season 2, which first premiered in 2021, after replacing Rose as the titular DC hero.

The CW broke new ground in casting Leslie as not only the first Black, live-action Batwoman but DC’s first time casting a Black woman as the lead hero in a television series. This is also the second time the character has been written as an out lesbian. In a January 2021 interview, Leslie addressed her historic role by saying, “I always just remind myself that my purpose isn’t for me. My purpose is to empower other people.”

“God brought me here for a reason,” she continued. “He put me in this position for a reason. With that, it’s nothing to fear because I know this will empower someone to see a Black female superhero. You don’t get to see it often. It’s so epic. I grew up on Batman and Catwoman and the Joker and Penguin. Now, to see blackness in that, I think it’s very inclusive. Very empowering.”