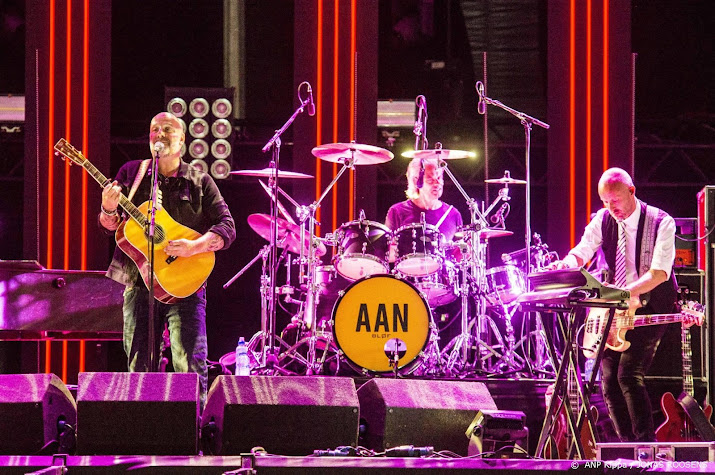 The band members of BLØF received a royal award on Friday evening prior to the first of two anniversary concerts in the Ziggo Dome in Amsterdam.

The mayor of Middelburg, Harald Bergmann, surprised singer Paskal Jakobsen, bassist Peter Slager, keyboardist Bas Kennis and drummer Norman Bonink shortly before their performance with the appointment as Knight in the Order of Orange-Nassau. Bergmann thanked the four band members for their contributions to Dutch society. “The cultural importance of you as a band on a regional, national and international level – together with your many years of social involvement – ​​deserves lasting recognition,” said Bergmann.

BLØF is one of the most successful Dutch bands and is celebrating its thirtieth anniversary this year. Their thirteenth studio album Polaroid was released on Friday.