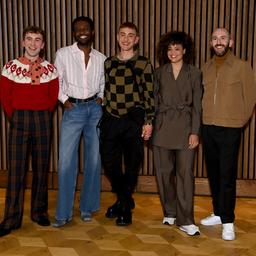 The series It’s a Sin was unable to live up to the high expectations at the presentation of the BAFTA Television Awards, the most important British television awards on Sunday. The Channel 4 miniseries was the top contender with eight nominations in the major categories, but failed to win a BAFTA.