Animal Crossing Everything That Happens On a Players Birthday – DNews 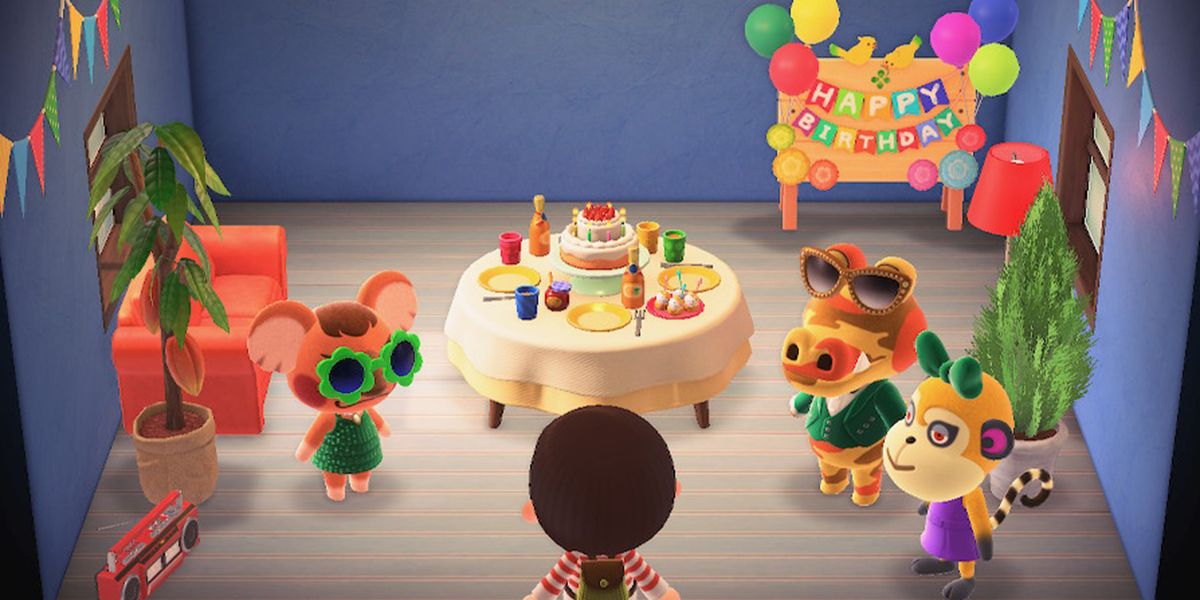 Here is what happens on a villager’s birthday in Animal Crossing: New Horizons — from parties to presents, the game has it all.

You Are Reading :Animal Crossing Everything That Happens On a Players Birthday

At the beginning of Animal Crossing: New Horizons, players choose their name, island shape and birthday. The last one is important, because birthdays are celebrated in-game with a party thrown by residents. They even give the player gifts to celebrate and players get special items sent to them from “Mom,” who also sends monthly gifts.

A week prior to a player’s birthday, a post will appear on the bulletin board letting everyone know that their birthday is coming up. On the actual day, Isabelle or Tom Nook will announce that it’s their birthday in the daily briefing. After that, one of the residents will greet the player outside their home and immediately take them inside that resident’s house, where some of the other residents are waiting. The house has been decorated and there’s cake waiting. 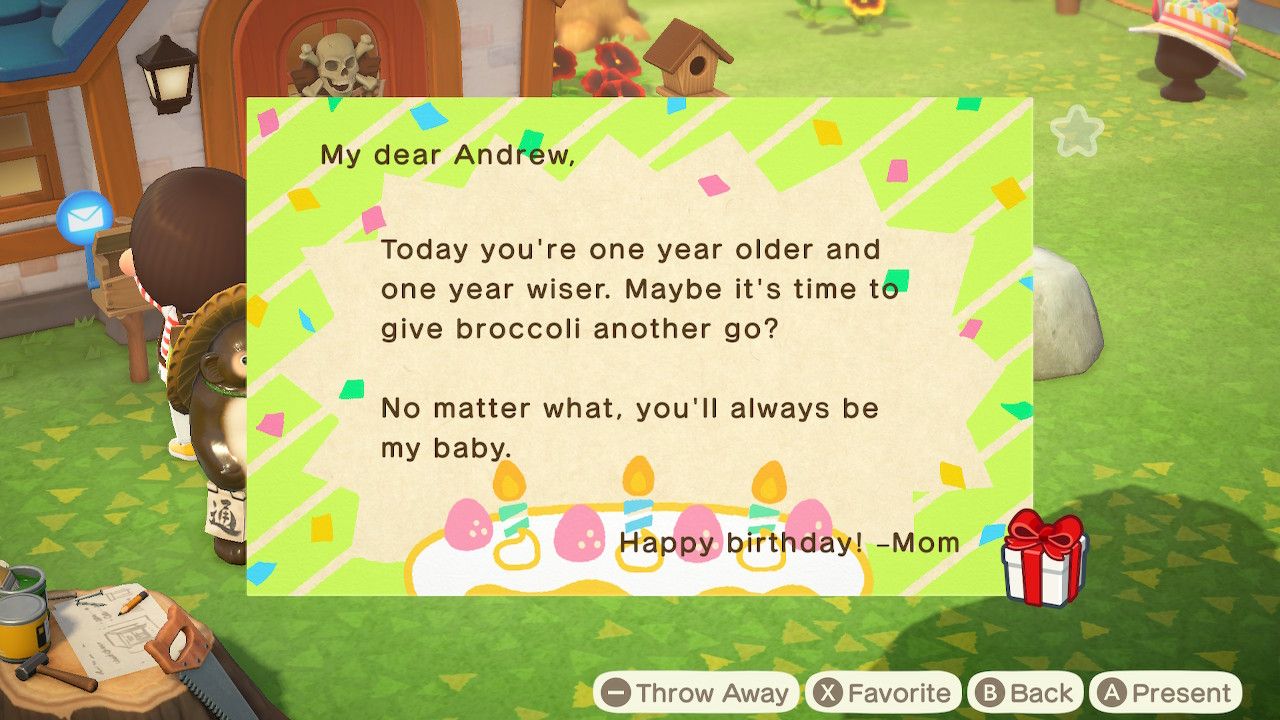 They are asked to blow out the candles on the cake, then given a stick to hit a star-shaped piñata that — once broken open — releases birthday cupcakes. These are for sharing with island residents. Additionally, players receive birthday flooring and can enjoy their birthday decorations for as long as they want — but once they leave the house, the decorations will disappear.

In the mailbox there is a letter from Mom, who sends a present of a homemade cake. Players also gain a new Nook Miles Stamp and are rewarded with 2,000 Miles for celebrating their birthday. They get enough birthday cupcakes to share with every resident on the island, though players can also choose to keep these treats. Either way, they can either be eaten or shared — they aren’t useful for crafting and they can’t be sold. If players choose to share their birthday cupcakes, residents will give them an item in return. 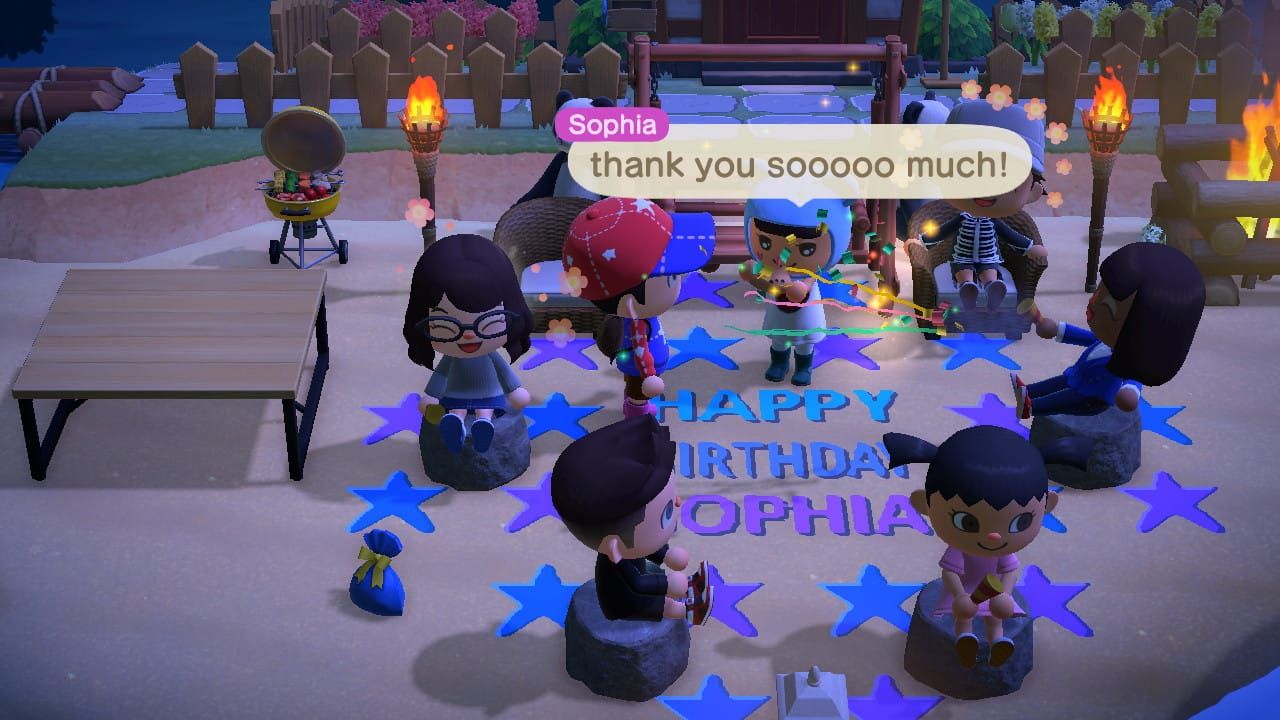 While that is all that happens on an Animal Crossing: New Horizons island for a player’s birthday, players have taken it upon themselves to throw other players birthday parties, especially in this time of physical distancing when people can’t celebrate in person. This is easily done by crafting various celebratory items, writing a message on the ground with the Custom Design App and buying poppers from the store for 100 Bells.