10 Ways That Supermans Costume Has Changed Over The Years – DNews 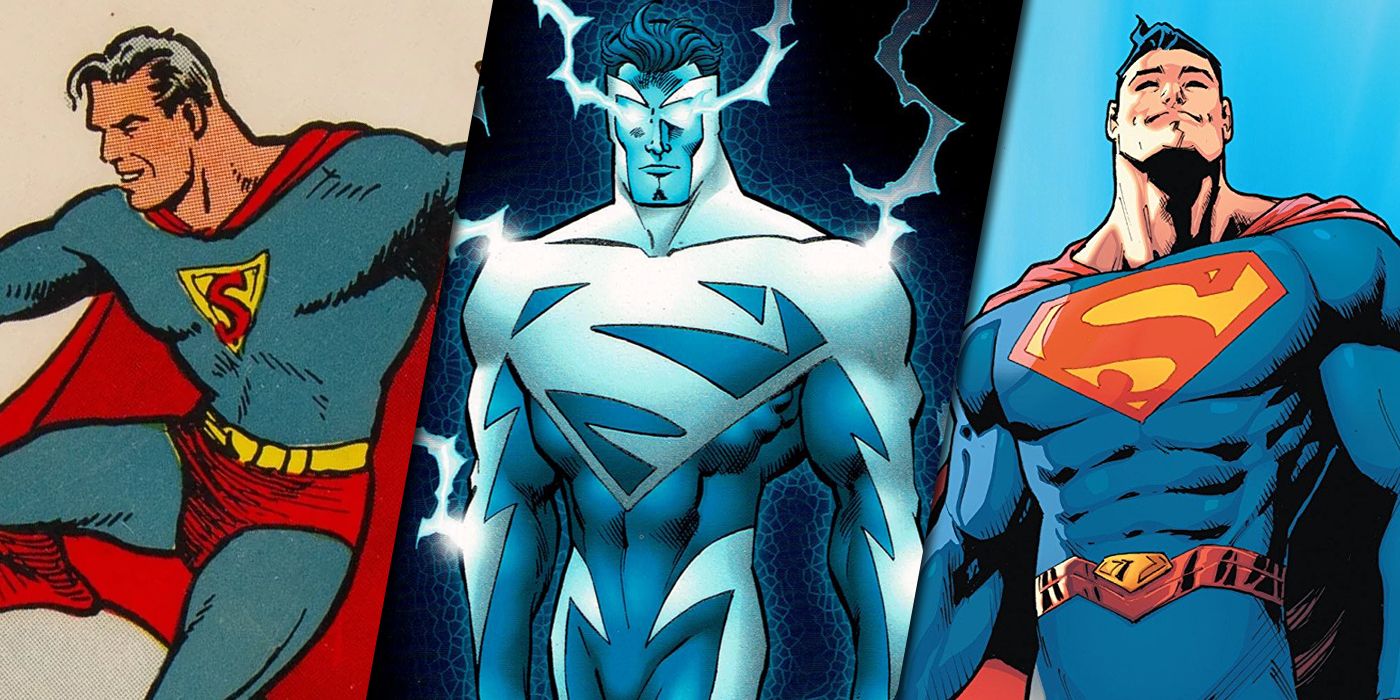 Superman’s iconic costume has had a few important alterations over the years that have ranged from subtle to dramatic and led to lasting changes.

You Are Reading :10 Ways That Supermans Costume Has Changed Over The Years

Superman is known as one of the greatest heroes in the DC universe, and he has the iconic costume to go along with the title. The Man of Steel’s classic red and blue costume hasn’t gone through too many dramatic changes over the years and has remained a constant symbol of the character.

However, there have still been a few key alterations to Superman’s costume across the decades that have reinforced the classic design while bringing in something new, or even dramatically changed the costume for a lasting period of time that we’ll be taking a closer look at today. 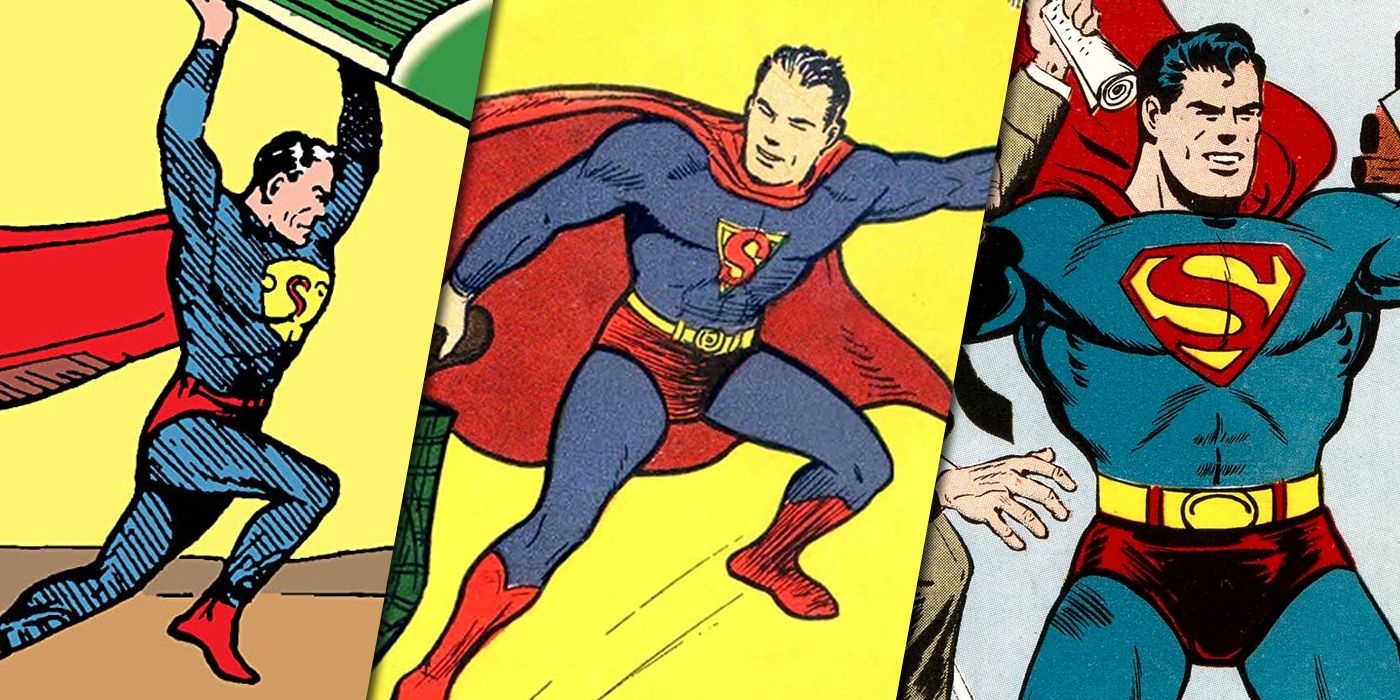 When Superman first officially arrived in Jerry Siegel and Joe Shuster’s Action Comics #1, his strongman-inspired costume featured an S-shield that was based on a policeman’s badge at the time, though it began to change over his next appearances.

The first transition made the shape triangular and stretched the S to the edges before trying slimmer lettering and even altered colors before it reshaped to the recognizable diamond shape we know today. The S-shield has been updated and modernized over the years but the design has rarely changed settling on what has become one of the most recognized symbols across the globe. 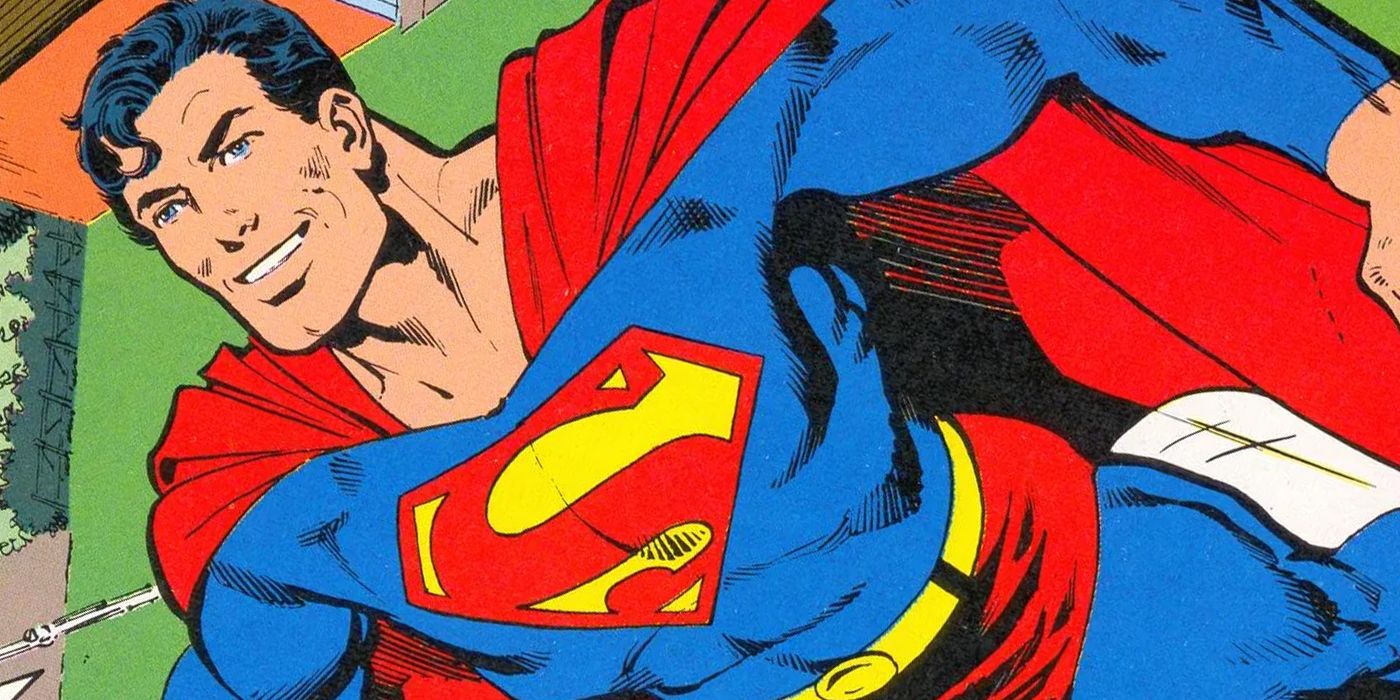 Superman’s classic red and blue costume didn’t change much over the years beyond artistic interpretation after the S-shield was finalized, and it was another artistic creator who put his own lasting touch on the costume when John Byrne rebooted the character following 1985’s Crisis on Infinite Earths.

The new costume featured darker blues and reds and a larger S-shield that expanded across most of his chest while the cape was built up over his shoulders to present more regally, and became his most consistent look for years. 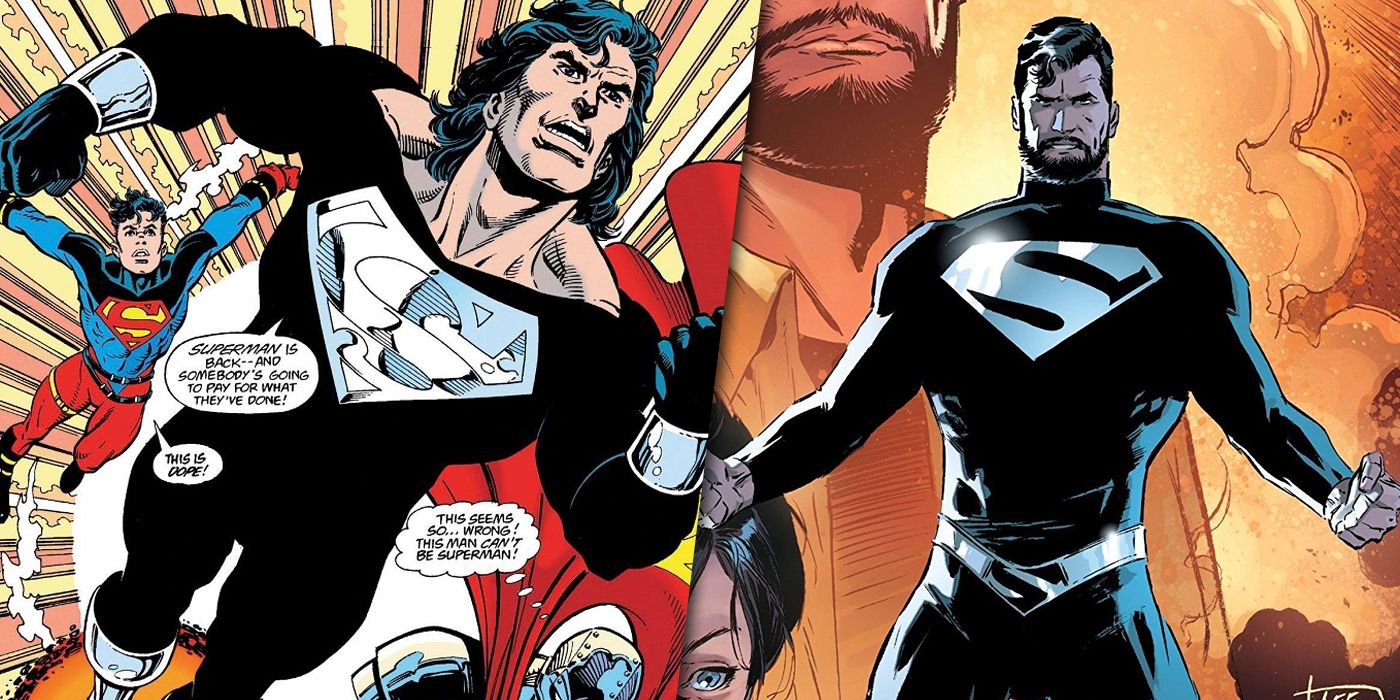 “The Death of Superman” storyline saw the Man of Steel fall in battle with the monstrous Doomsday only to be replaced by four new characters wearing S-shields that each presented a new take on the costume. Superman eventually returned in the “Reign of the Supermen” storyline wearing a black and silver solar regeneration suit that helped restore him back to full power.

The costume was only worn during that storyline, though an updated version of the costume returned when the Post-Crisis Superman began to secretly operate in the New 52 universe after the Convergence event. 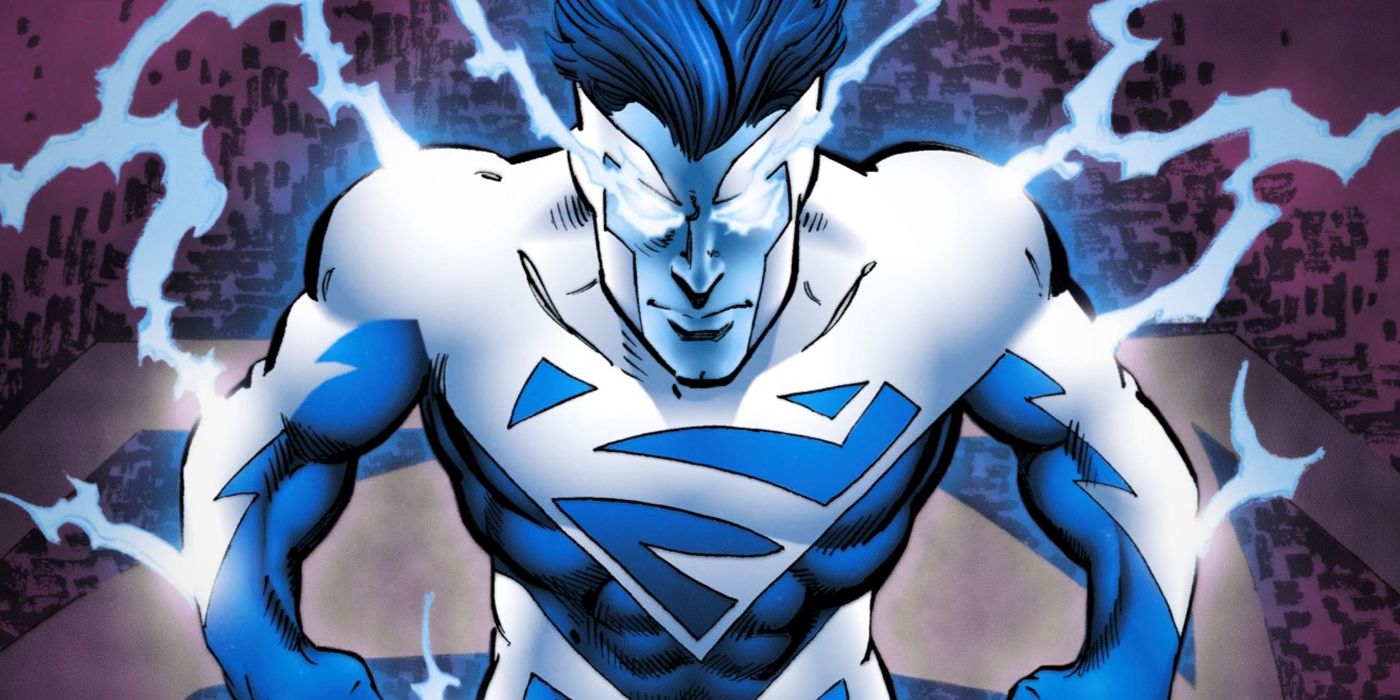 Superman’s physiology was altered and his powers began to change when he found himself cut off from solar energy, which resulted in wild fluctuations in his abilities. He eventually lost total cohesion of his body and phased into an energy form, which required a specially made containment suit from S.T.A.R. Labs.

His new blue form came with energy-based powers that were reflected in the blue and white design of the costume as well as the redesigned S-shield. While Superman eventually returned to his original form and powerset, the costume was later used to help Strange Visitor and Livewire contain their own abilities. 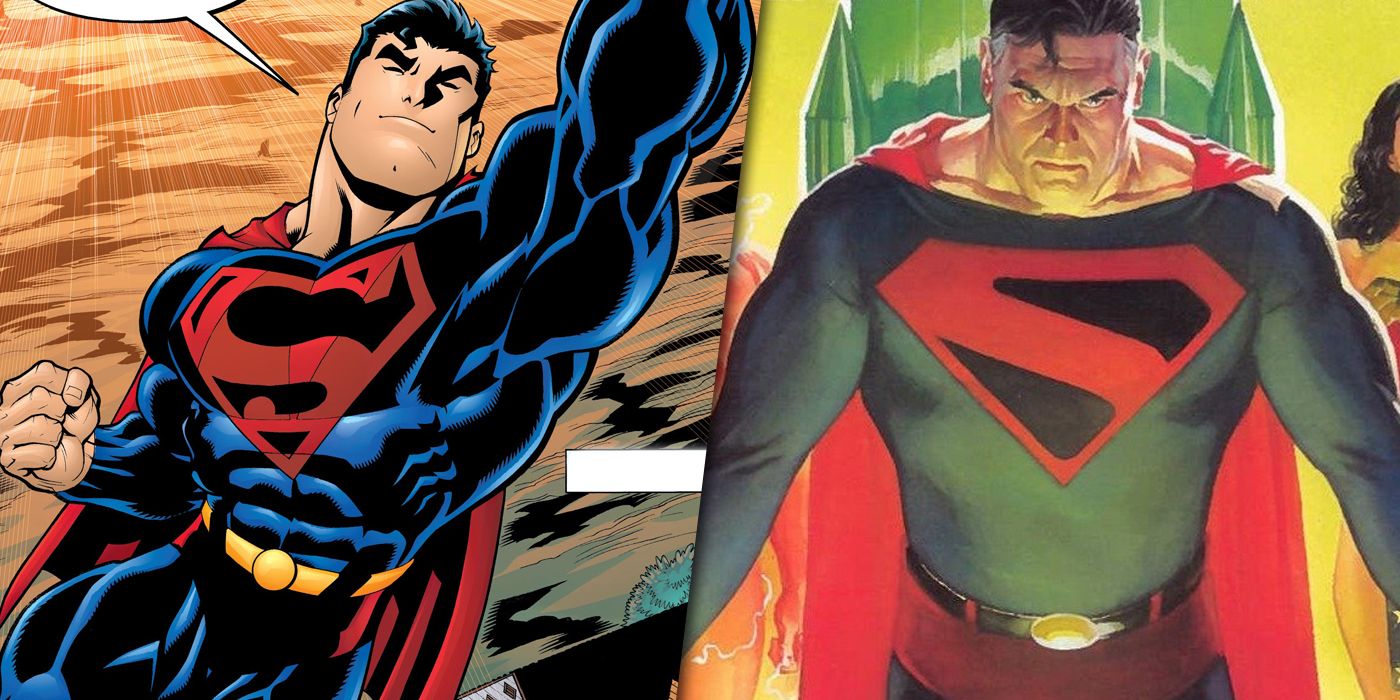 The “Our Worlds At War” crossover saw a cosmic threat known as Imperiex attempt to destroy the multiverse which brought about a number of casualties during the war that included heroes like Aquaman and the entire city of Atlantis (both of whom were restored) as well as a number of citizens across the planet.

Superman struggled with returning to help people after so many died during the war, though his mother helped convince him by giving his S-shield a darker background to honor the lives lost. This blackened S-shield first appeared in the future-set Kingdom Come Elseworlds tale, though that version featured a stylized S to fit with the time period. 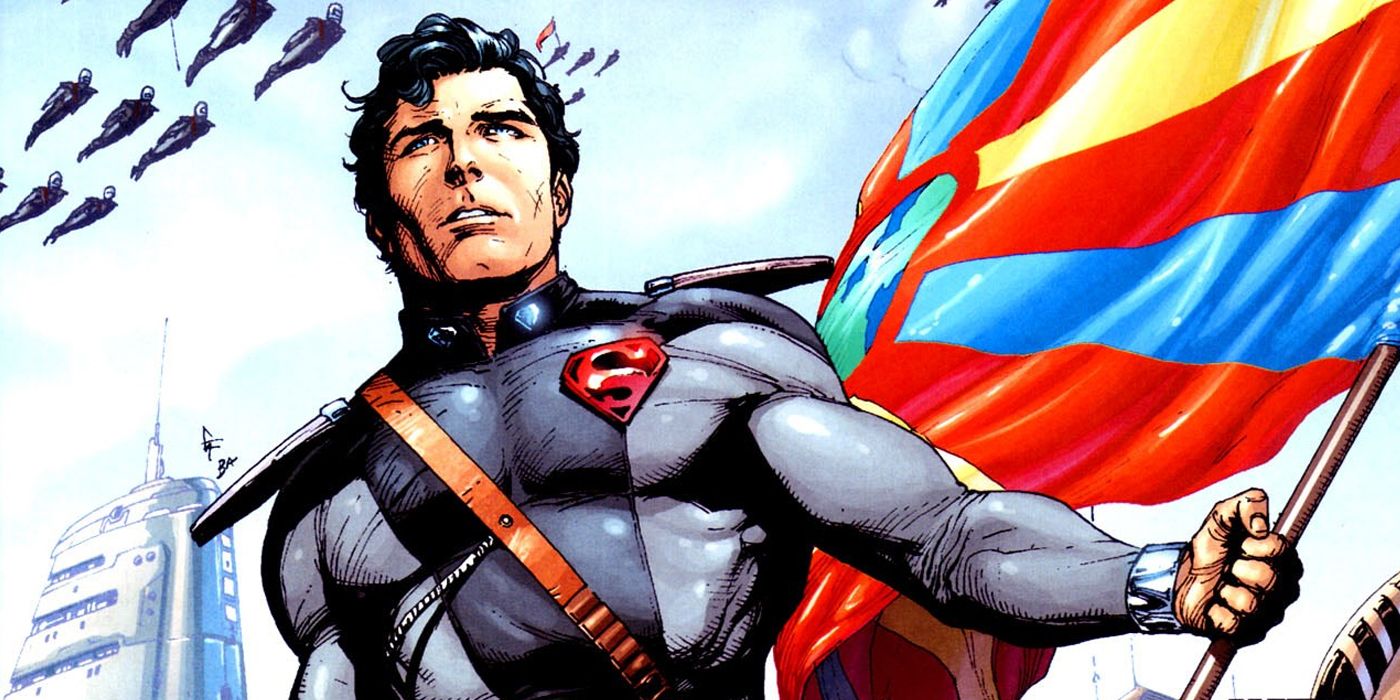 After the trapped Kryptonian inhabitants of the bottled city of Kandor were freed and restored to their normal size, they had trouble acclimating to life on Earth, leading to their use of Brainiac’s technology to launch Kandor into space and grow a new icy planet underneath it that became known as New Krypton, which chose a spot on the opposite side of the sun.

Superman was forced to renounce his Earth heritage in order to live with his people on New Krypton, and he was assigned a position with the military as Commander El that came with a dark black and grey security uniform that featured a smaller S-shield that he wore like a badge during his time on New Krypton. 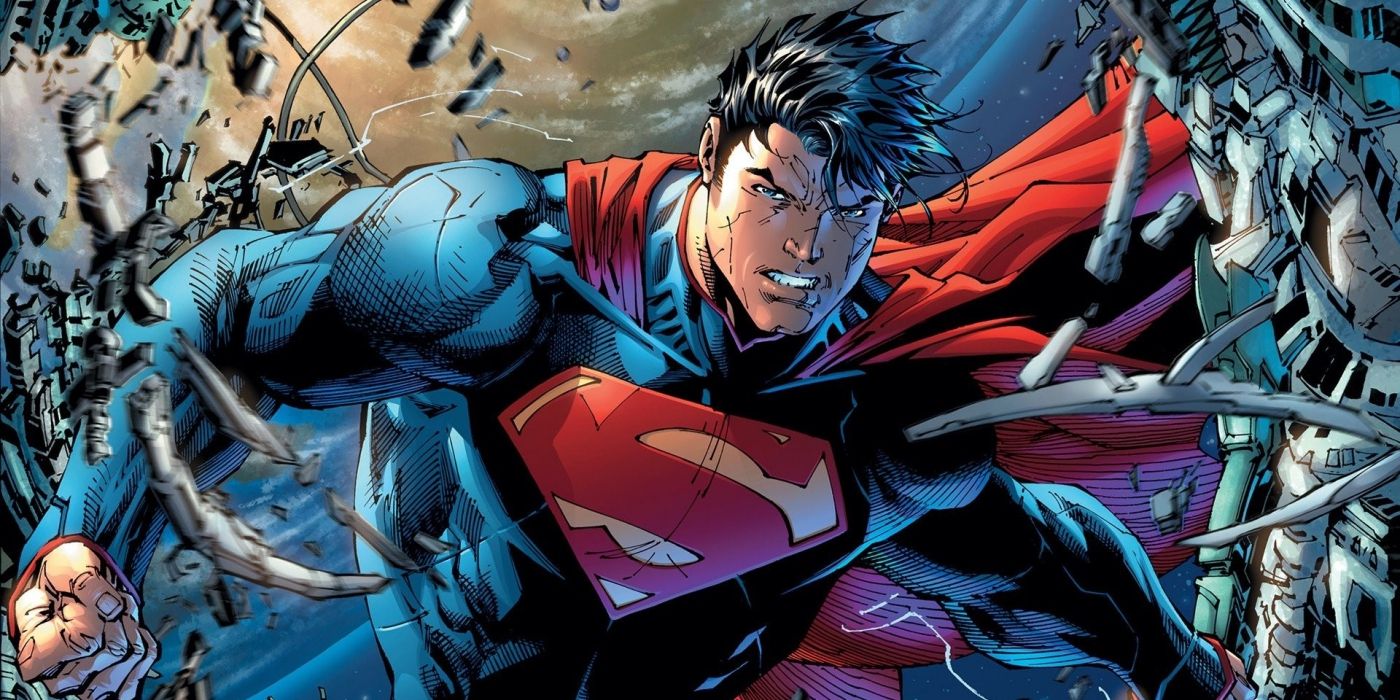 The New 52 reboot introduced a younger and more aggressive take on Superman that featured a brand new costume that not only matched the new design aspects of other New 52 costumes but also tied the suit more to his Kryptonian heritage.

Superman’s new costume was trunkless and etched with panels and was revealed to be a high-tech Kryptonian battlesuit that formed out of his S-shield to further protect the Man of Steel. While the costume followed the classic design, it now featured a high collar on the neck and tapered sleeves as well as darker color tones. 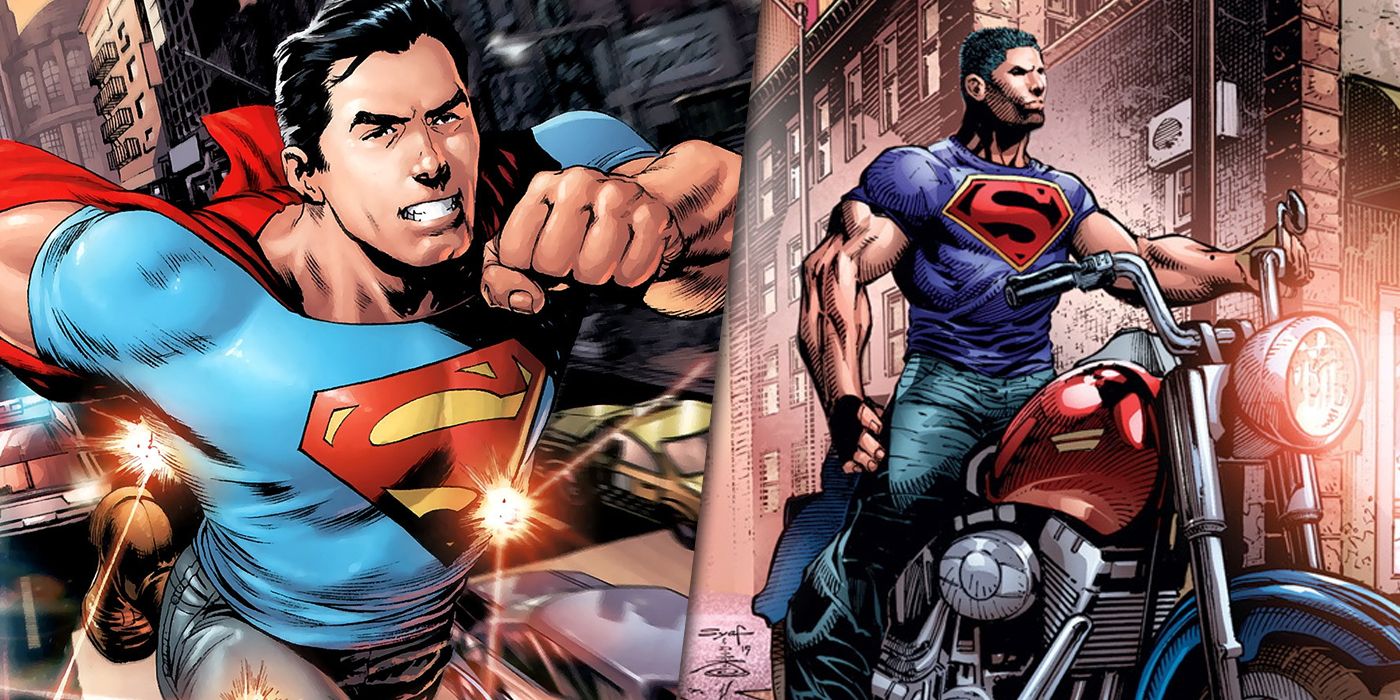 The New 52 explored different eras of the Man of Steel’s life that featured his present-day armored appearance as well as his earliest days as a hero when he had yet to discover the Kryptonian battle-suit and instead wore a t-shirt with the S-shield and jeans along with his iconic red cape.

While it wasn’t the flashiest look for the character it worked well for this version in the New 52. He would later return to the look again when his powers faded, though he wore a shirt with a darker S-shield and wore the tattered remnants of his cape wrapped around his knuckles for protection. 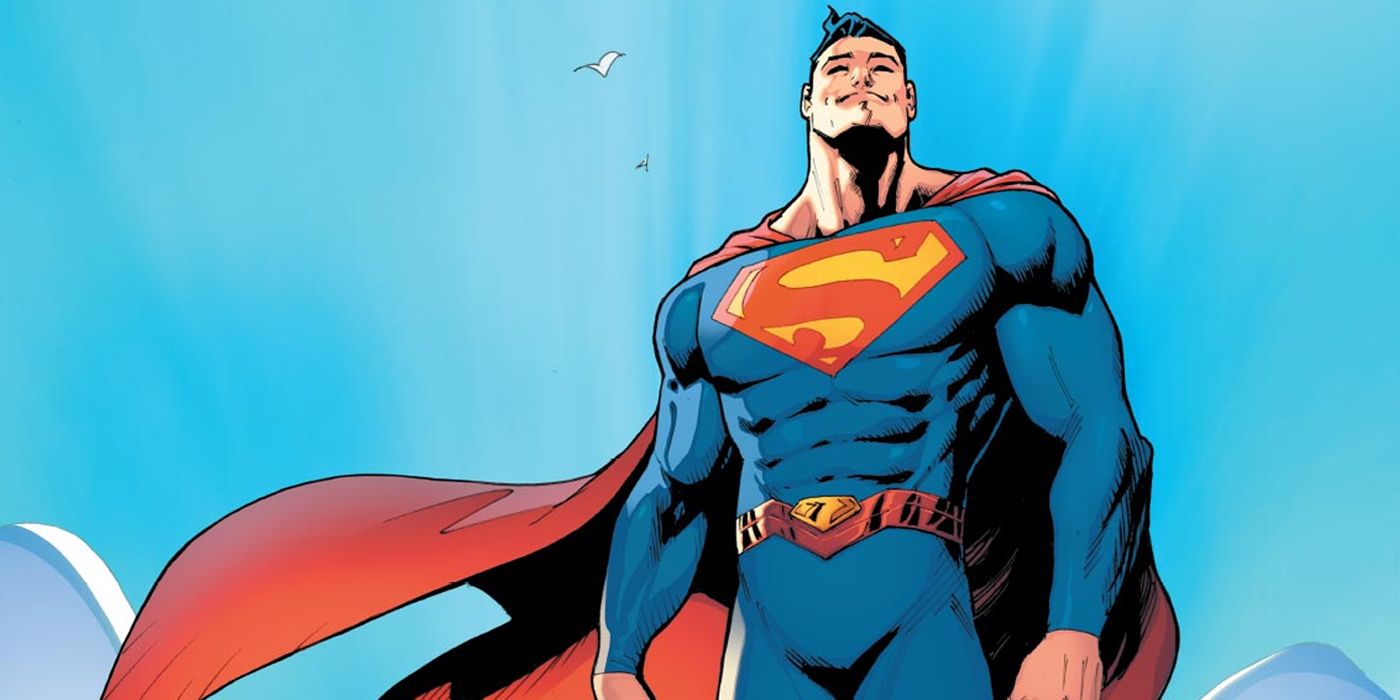 The New 52 version of Superman wasn’t very liked by fans, and the Convergence event re-introduced the Post-Crisis version of the character who operated in the DC universe secretly until the death of New 52 Superman and the convoluted revelation of their connection that merged the two characters.

Superman adopted a new lighter costume that homaged his classic red and blue look and even included the larger S-shield from Byrne’s design. The costume simplified the New 52’s design style and added a golden S-shield to the red belt that finally brought the trunkless look together for the character, though he soon reverted back to his classic costume. 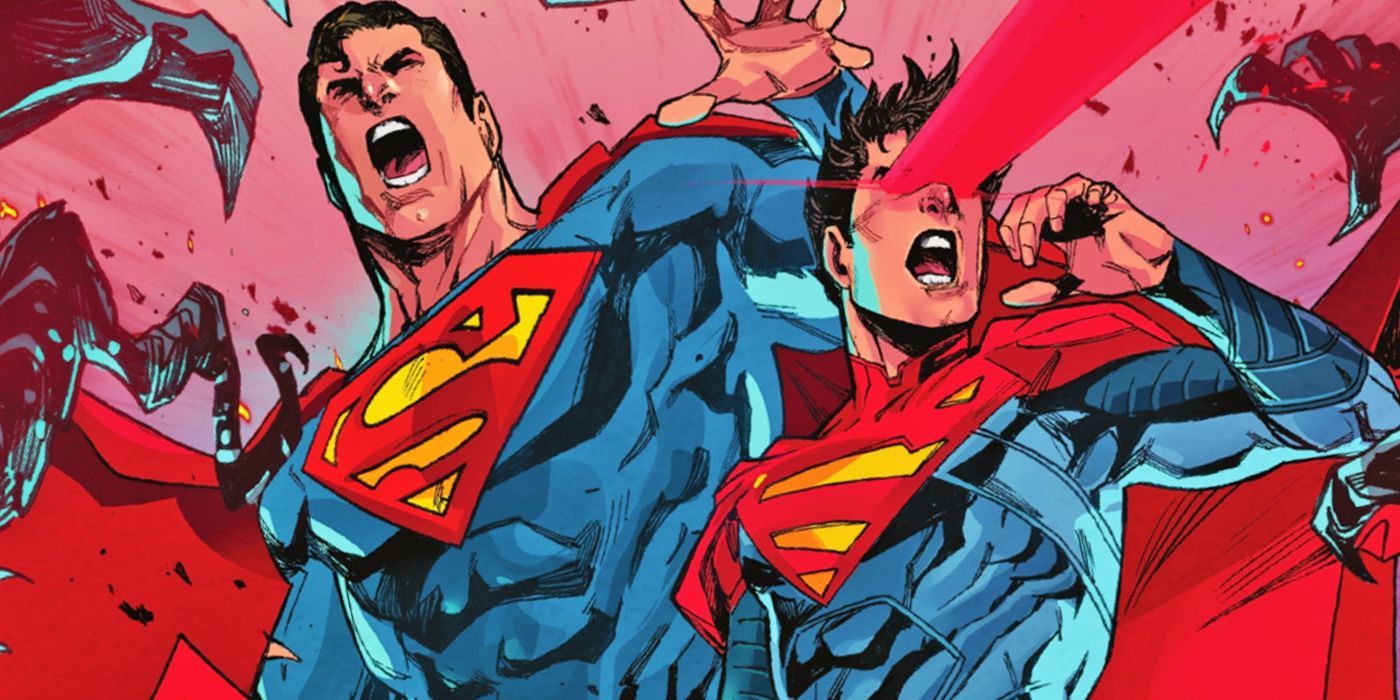 The Post-Crisis Superman returned with his family alongside him which included his wife Lois Lane and their son, Jon Lane Kent. Jon first began his costumed career as Superboy when his powers began to develop, though he spent time away in space across the timestream and returned much older in a short period of time.

The older version of Superboy received a new costume that he wears as the next Superman of Metropolis while his father attended to larger matters across the multiverse. Jon’s Superman costume featured similar colors with darker venting along the sides, and the red of his S-shield extended across his shoulders to connect to his cape in a sleek and modern take on Superman’s classic look.