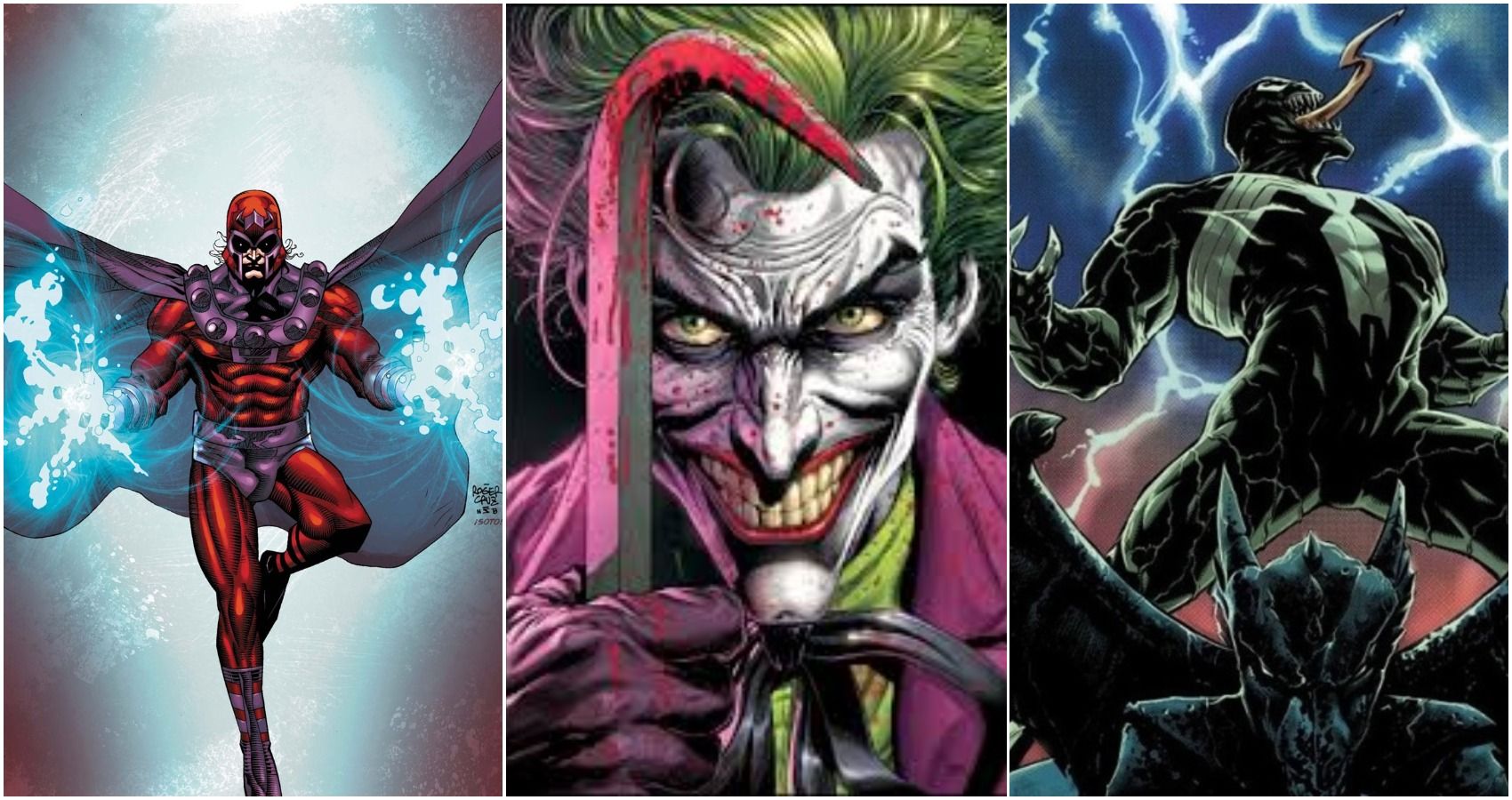 Superheroes are nothing without their rogues galleries. These 10 villainous line-ups arguably make their heroes better than they have any right to be

You Are Reading :10 Superheroes With The Best Rogues Galleries

A hero is only as good as the villain(s) they face, and superhero comics demonstrate why that is often the case. Half the reason the most famous superheroes attained and retained iconic status is due to their rogues galleries of foes. After all, it’s simply impossible to imagine Batman being as compelling without the Joker, Two-Face, or Catwoman there to challenge him.

Since there are roughly a dozen villains for every hero, let’s take a look at the collections of (mostly) exclusive adversaries heroes (and teams of heroes) face, to see which rogues galleries are the most dangerous, memorable, and overall best. 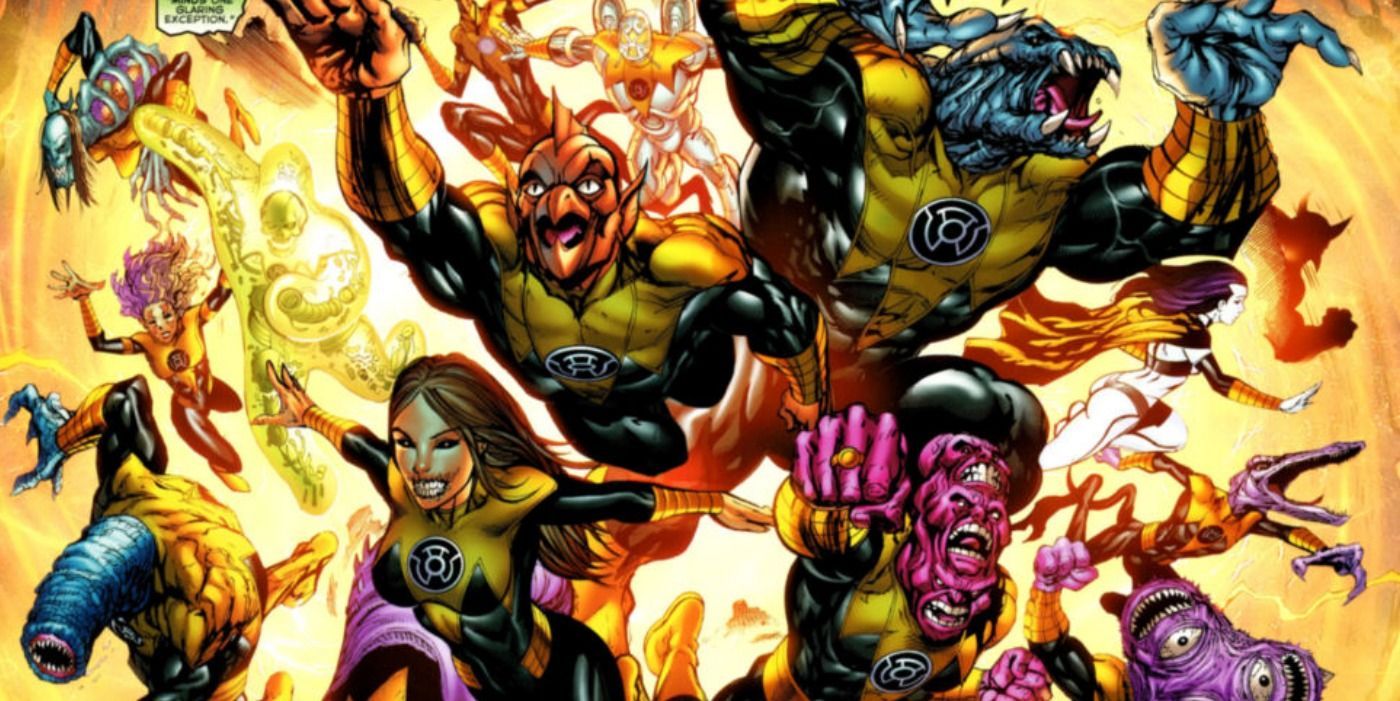 Green Lantern is one of DC’s oldest heroes, with at least a dozen men and women having assumed the title, from Alan Scott to Jessica Cruz. It was surprising then, that for a long portion of the characters’ history, GL’s villains tended to be forgettable and gimmicky.

Then Geoff Johns came along; in his Green Lantern run which resurrected and reintroduced Hal Jordan, Johns zeroed in on GL’s memorable adversaries, such as Sinestro and Star Sapphire, and concluded that if a Green Lantern’s green ring represented willpower, then logically other colors of the spectrum might similarly encompass other emotions. From there, the eponymous Sinestro Corps, Atrocitus’ rage-fueled Red Lantern Corps, and Nekron’s undead Black Lantern Corps, among others, were born. 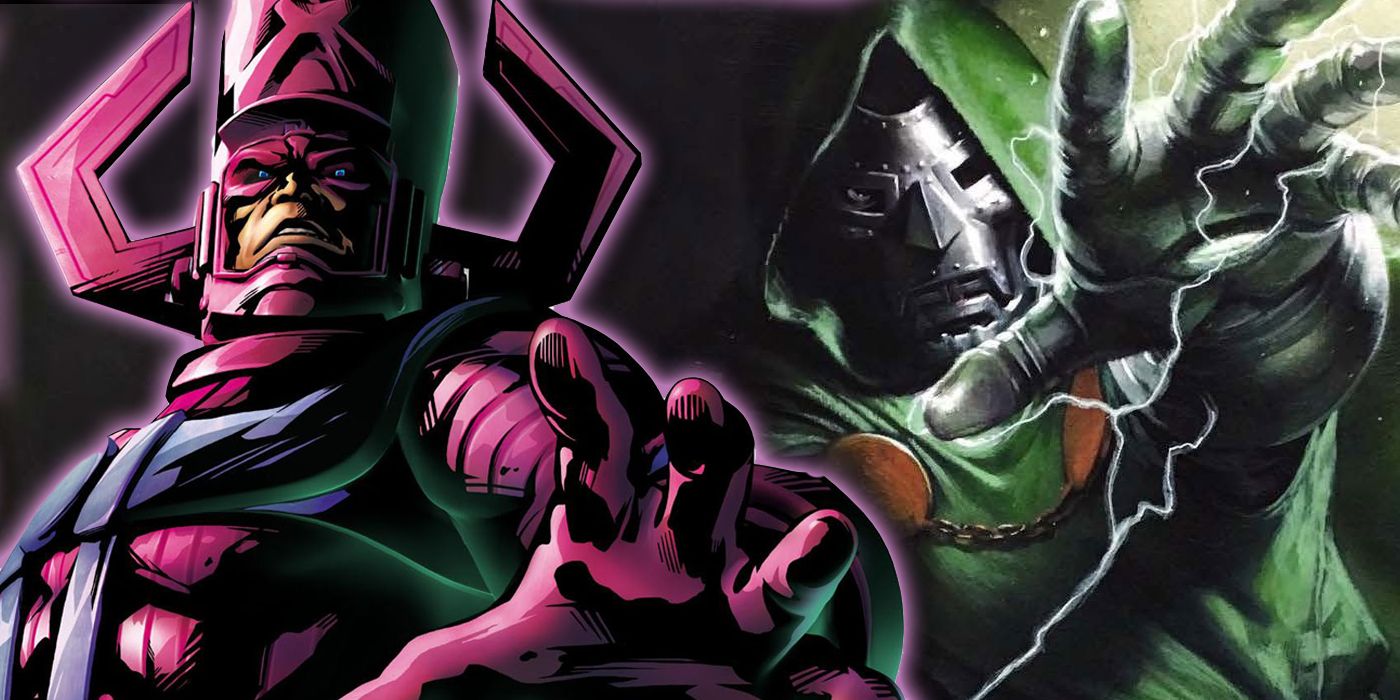 The beginning of the Marvel universe as Stan Lee conceived it, the Fantastic Four fortunately had one of the greatest villains in comics introduced soon after to keep them on their toes. After initial encounters with the Mole Man, the Skrulls, and Namor the Sub-Mariner, Fantastic Four #5 saw the first appearance of Doctor Doom, immediately striking for his incredible design, grandiose speech, and beautifully alliterative name.

Doom became the Four’s most personal and most recurring villain, but more than 40 issues came a villain to rival him: Galactus, devourer of worlds. While the Four’s other adversaries remain overshadowed by Doom and Galactus to this day, there’s something to be said for quality over quantity. 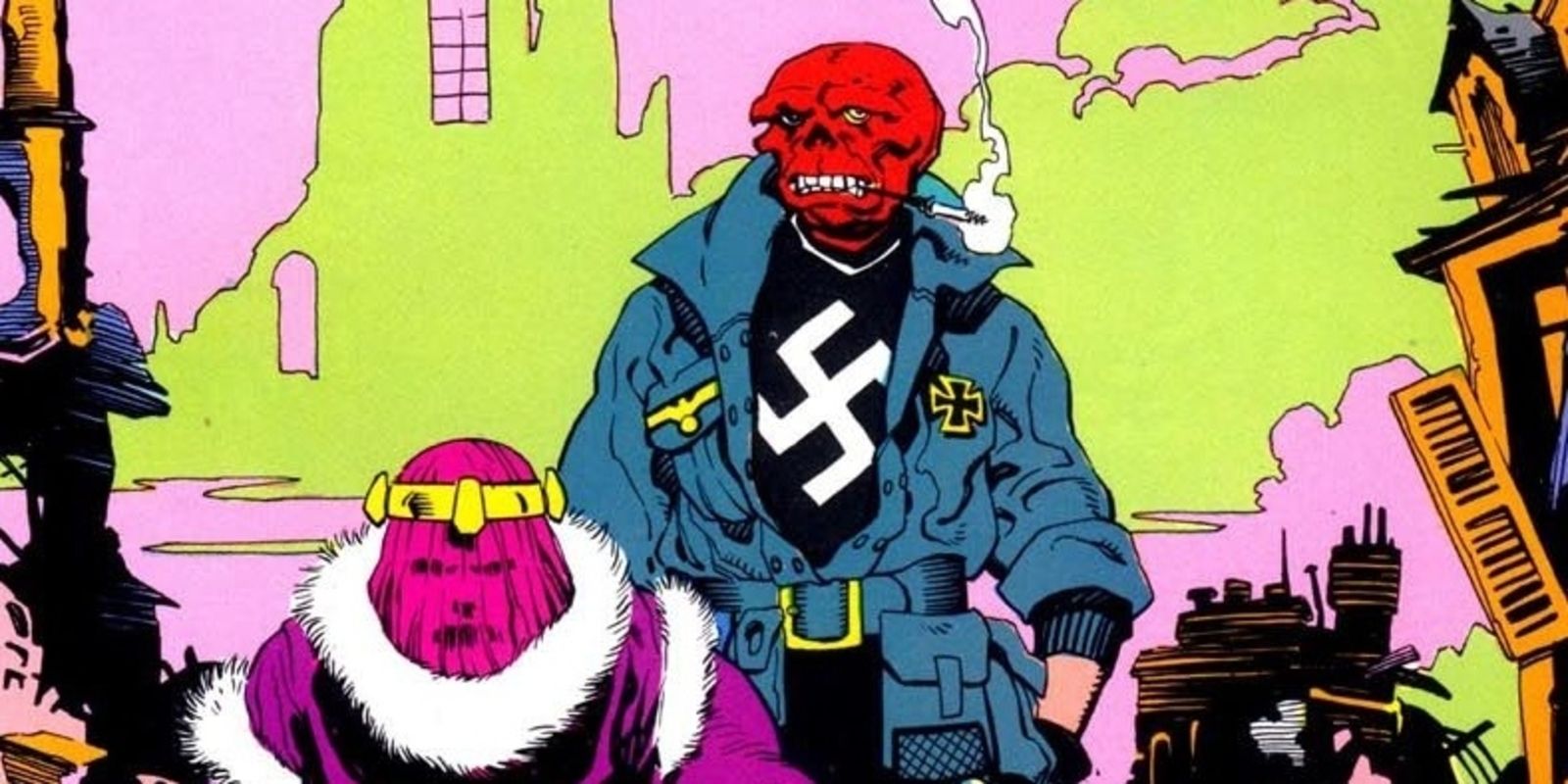 When Captain America first graced the pages of Marvel comics in the ’40s, he mainly faced non-descript Nazi’s, with the recurring Red Skull being the only exception. When Cap was revived for the ’60s in Avengers #4, the Red Skull returned soon after, but it was clear the man out of time would need a larger stable of adversaries. To that end, Stan Lee & Jack Kirby introduced Baron Heinrich Zemo, retconned as an adversary Cap had faced in WW2 who was responsible for the death of his side-kick Bucky; soon after came Doctor Faustus and Batroc The Leaper.

Since then, each significant Captain America writer has brought at least one new memorable villain to the fold; Roy Thomas brought in Zemo’s vengeful son Helmut, Mark Gruenwald created Crossbones, before Ed Brubaker revamped them all for the modern era while introducing the Winter Soldier, a revenant, brainwashed Bucky, to boot. 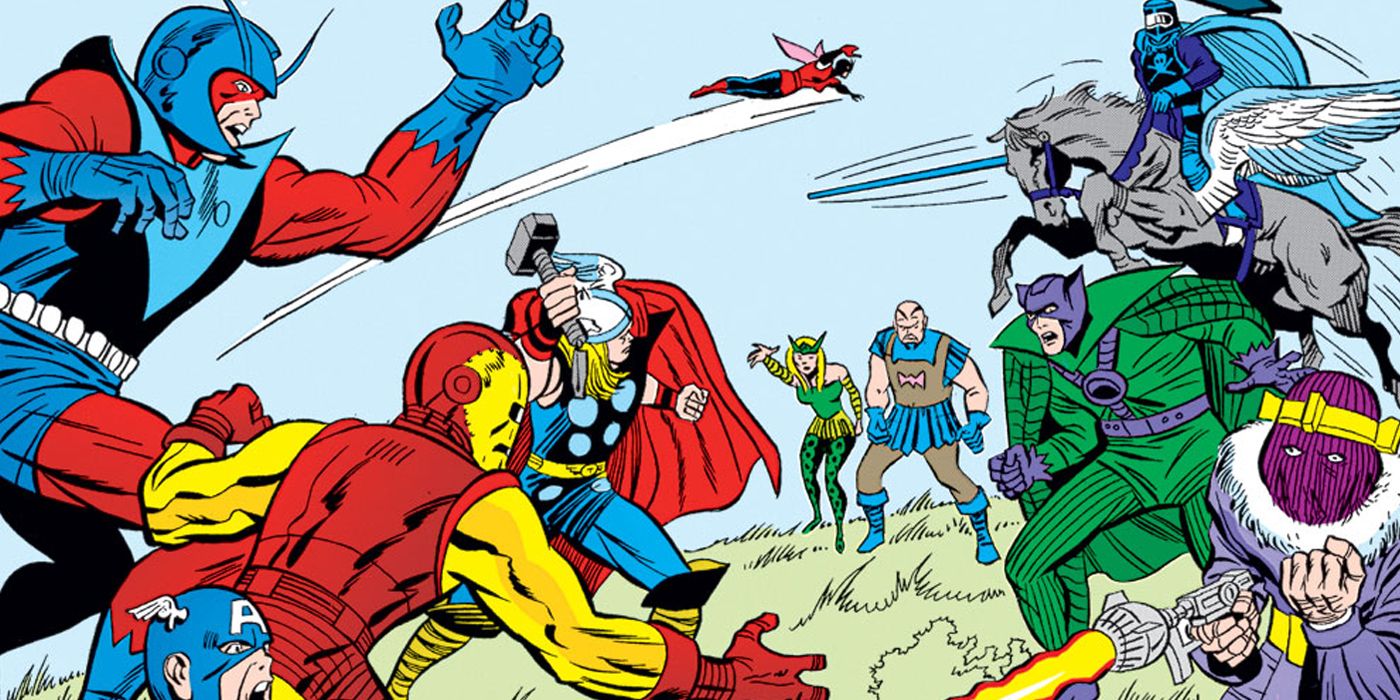 Earth’s Mightiest Heroes have faced practically every villain under the Marvel Universe’s sun, but three stand-out. First there is the artificial intelligence, Ultron; created by the Avengers’ own Hank Pym and creator of The Vision, Ultron has the most personal connection to the team of any of their adversaries, and, owing to his cybernetic nature, always manages to return in a new body to menace the Avengers again.

On the topic of Avengers; among their members, its Thor who comes ahead of his teammates if we’re considering individual rogues galleries.

With a direct line to the mystical and cosmic side of the Marvel Universe, the God Of Thunder has a more unique collection of adversaries compared to his mortal comrades: his treacherous stepbrother Loki, Norse Goddess of Death Hela, Fire Demon Surtur, and more recent adversaries such as Gorr the God Butcher. When the hero is a god, after all, he requires the absolute greatest of villains to best. 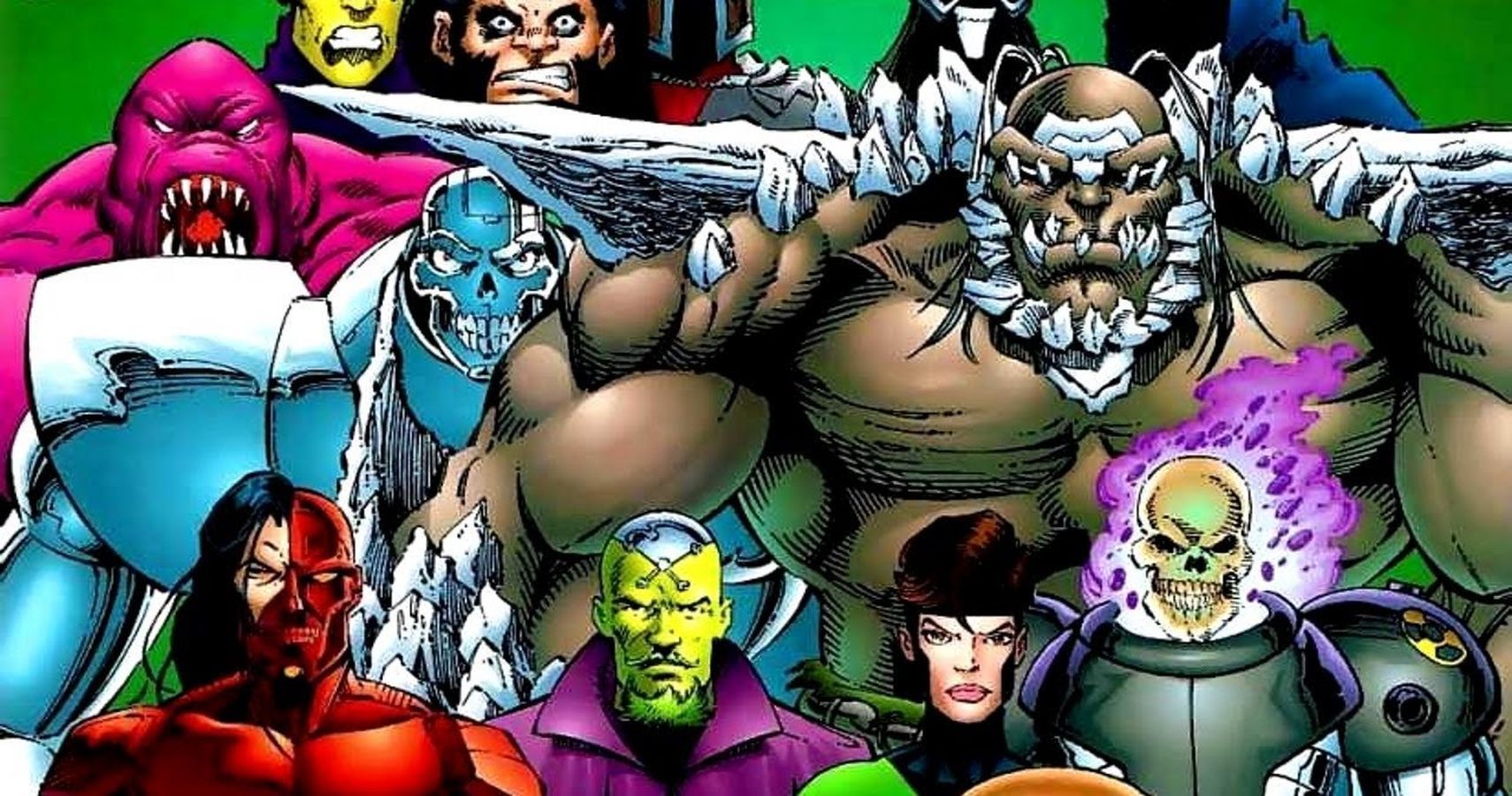 The original superhero, from which all subsequent ones sprung, Superman has fought many evils throughout his nearly century-long existence, but there’s a reason the most prominent ones have endured like the Man of Steel himself. This reason is the best of Superman’s villains mirror a central aspect of him, whether it be his alien origin, his godlike strength, or his pure goodness.

Lex Luthor is a self-made man who sees himself the pinnacle of humanity confronted by a being who might as well be God by simple luck, Darkseid and General Zod represent the monster Superman could be if not restrained by his morality, Brainiac represents an alien totally alienated from humanity, and Parasite shows how a weak man who craves power will abuse it, in comparison to Superman, whose strength of character shows brawn isn’t all there is being strong. 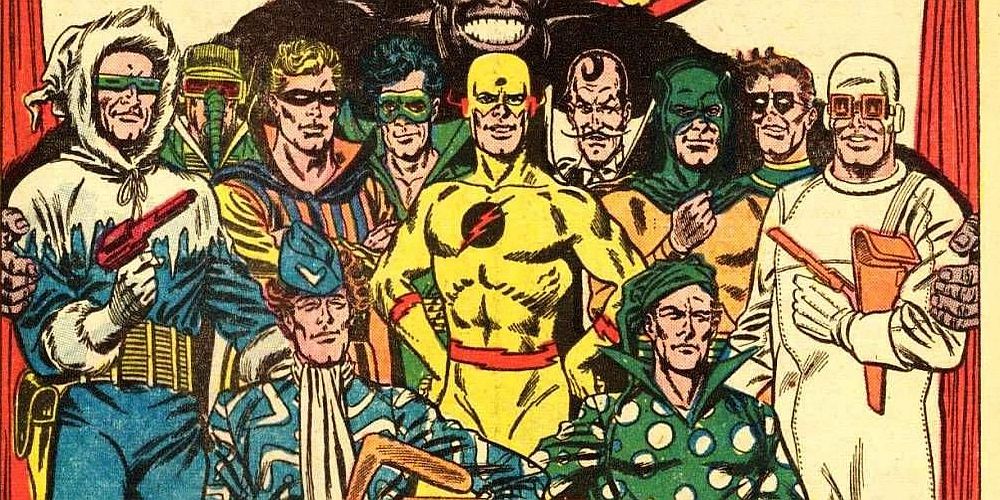 Sometimes, gimmicky villains can work. That’s the lesson one should take from the Flash’s rogues gallery, who despite the collective one-note nature of their powers, manages to be among the best rogues galleries in comics. Reverse-Flash is literally all that his name suggests, and yet remains compelling through his skills at manipulation and simple vileness. Gorilla Grodd should have never outlasted the Silver Age but by some miracle did, for his on-the-surface hokey charm hides one of the most despicable villains in the DC Universe.

And then there’s “The Rogues” themselves: a group almost always including, at least, Captain Cold, Mirror Master, and the Trickster; these characters should be jokes, and the reason they’re endearing is that often embrace this, portraying the Rogues as essentially average joes whose day jobs are super-villainy, a character choice that infuses Captain Cold and co. with something unexpected: pathos. 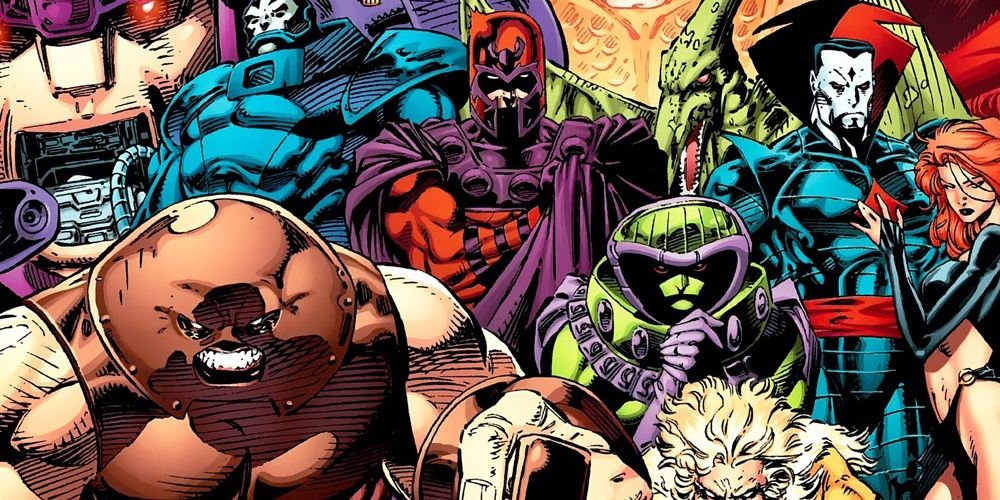 Magneto alone guarantees the X-Men placement on this list. Erik Lehnsherr saw humanity at its worst when his family was killed in the Holocaust. This experience taught him not only of mankind’s willingness to destroy those who is different, but the capacity of the masses to turn a blind eye. Thus, Magneto intends a pre-emptive strike against humanity on behalf of his mutant brethren, for a victory over the un-mutated humans is the only way he can see his people surviving.

The way his philosophy contrasts that of X-Men founder and his frenemy Charles Xavier only increase the complexity wielded by the master of magnetism. While Magneto may be the greatest of the X-Men’s villains, he’s far from the only great; there’s also amoral, immortal geneticist Mister Sinister, evolution apex Apocalypse, and the Sentinels: mutant-hunting machines which ask whether human evolution can outpace technological advancement. 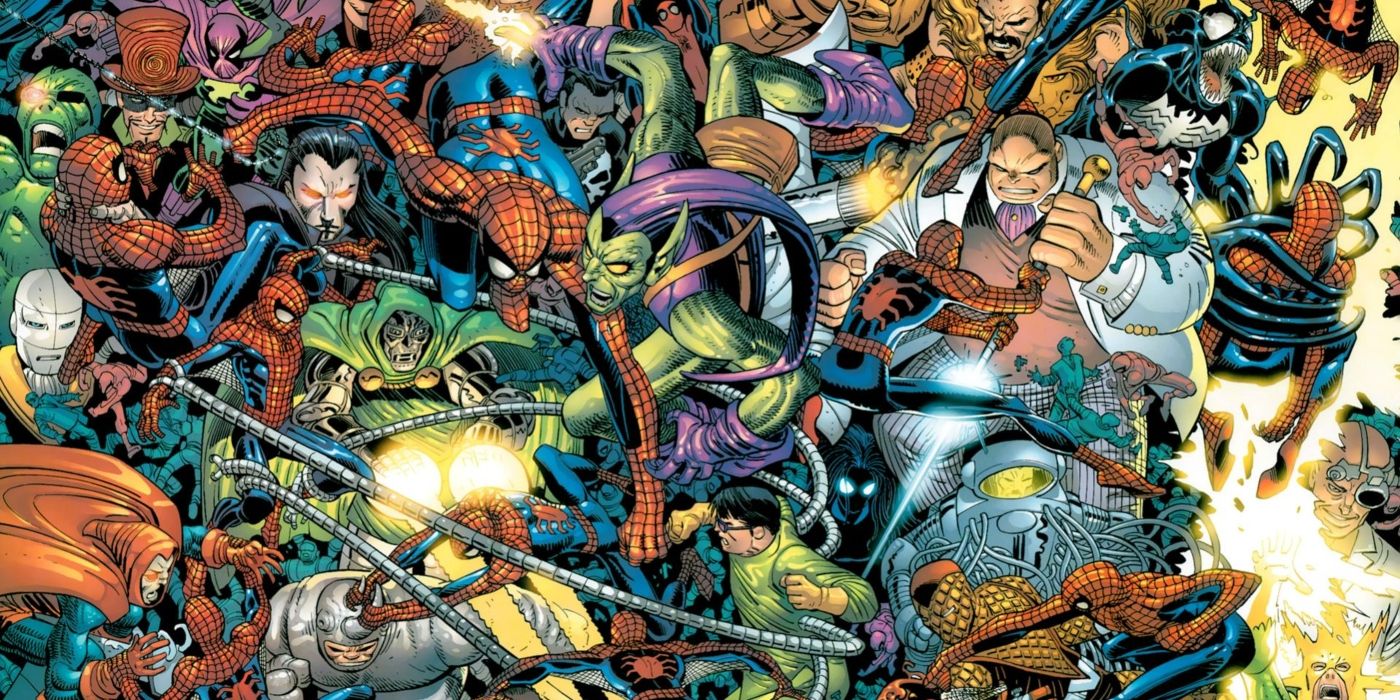 Not many rogues galleries walk the fine line between homogeneity and variety, but that’s exactly what Spider-Man’s villains do. Almost all of them mirror the wall-crawler in some way, be it the animal theme (Doctor Octopus), science-experiment-gone-wrong origin (the Green Goblin), or literally being a mirror image (Venom).

Yet in spite of all this, Spider-Man’s villains tend to have widely different powers, capabilities, and goals, meaning they’re able to reflect both Peter’s flaws and strengths back at him whilst all remaining distinct characters. 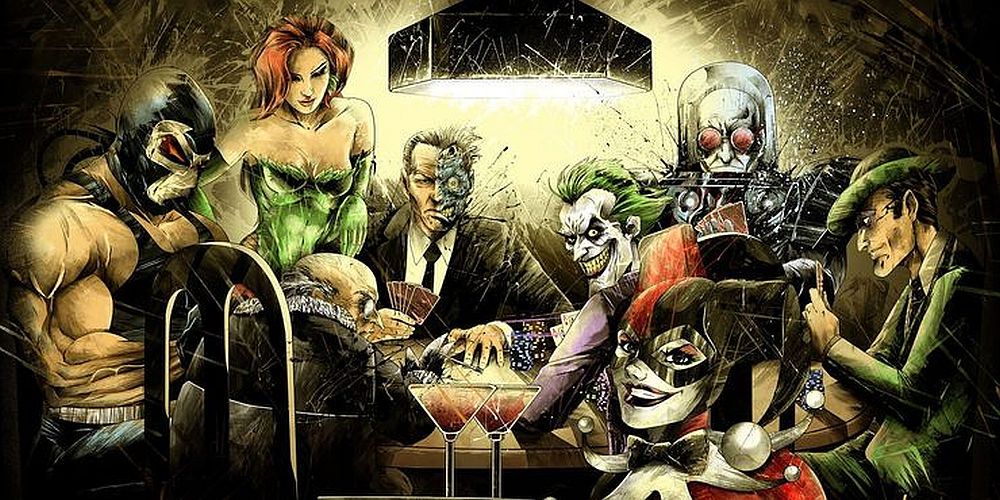 Batman’s rogues gallery is one the surface great, for all the A-listers have well-defined, internally consistent gimmicks and memorable designs. The true greatness of Batman’s villains, however, comes from how well they each mirror one aspect of the Dark Knight.

Cases in point: Joker’s theatrics vs Batman’s stoicism, Two-Face’s dual identity, Mr. Freeze’s life being sculpted by tragedy, the Scarecrow’s use of fear as a weapon. In a vacuum, without the character’s pre-established histories, any of Batman’s colorful cast of villains would be a fitting choice for his arch-enemy.